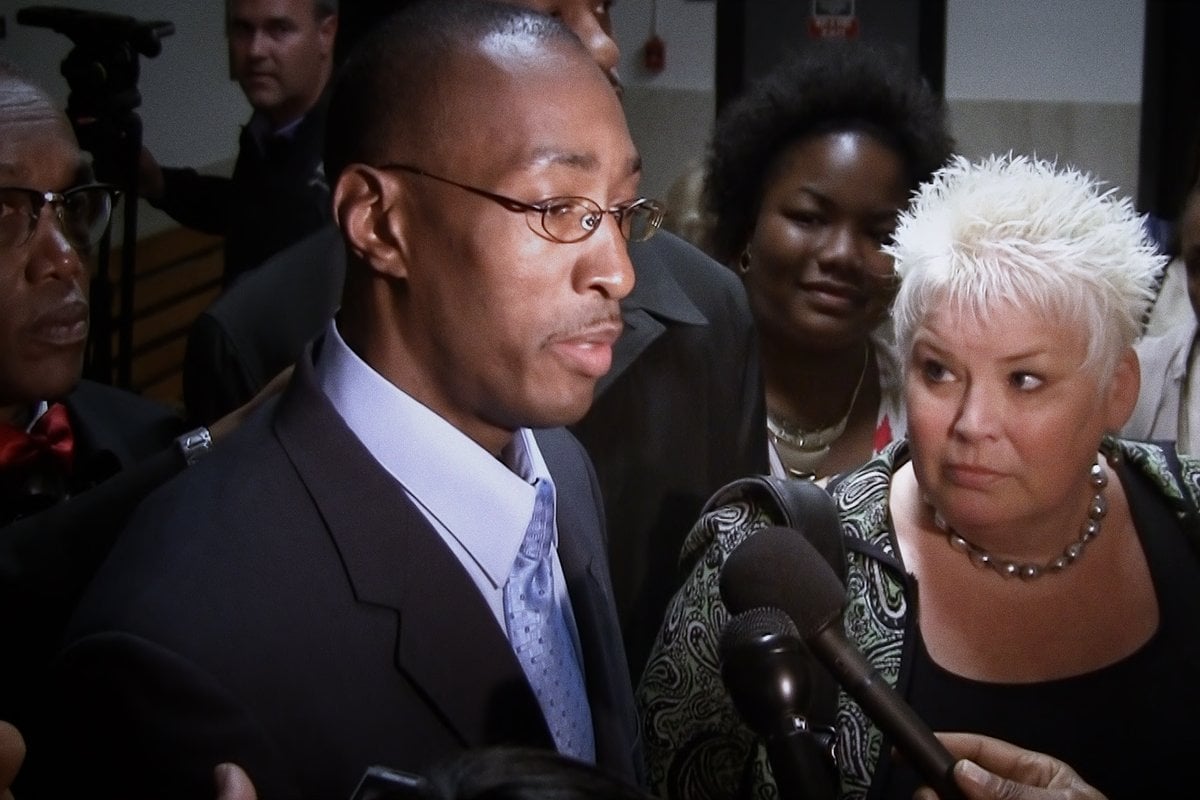 Sean Ellis spent 21 years, seven months and 29 days imprisoned for a crime he has always said he did not commit.

In October 1993, the then 19-year-old black man was arrested for the murder of a white police officer.

The conviction and eventual exoneration of Sean Ellis is the subject of new Netflix true crime documentary, Trial 4, which is an eight-part series. The docuseries comes amid a year when the racial biases of the American criminal justice system are being exposed and examined thanks to the 'Black Lives Matter' movement, which erupted this year after George Floyd, an unarmed black man, was killed by a white police officer in Minneapolis.

Watch the trailer for Netflix's Trial 4 below. Post continues after video.

Here's what happened to Sean Ellis, and what he is doing now.

What happened to Sean Ellis?

On the night of the killing, police officer John Mulligan was asleep in his car outside a Walgreens store when he was shot five times in the face. The police officer's service weapon was missing and the driver's side door was unlocked.

At 3.49am on September 26, 1993, an employee at the Walgreens in Boston, Massachusetts, called 911. A police force of 65 detectives was subsequently formed to investigate the killing of Mulligan.

Six days after the murder, Ellis' cousins – Celine Kirk and Tracy Brown – were murdered in their Boston apartment. While going through their apartment, detectives found Ellis' identification card, as he lived in the apartment with Brown. The police officers interviewed Ellis about his cousins' death, and during their interview Ellis mentioned he and a friend, Terry Patterson, went to Walgreens to purchase nappies on the night of Mulligan's murder. 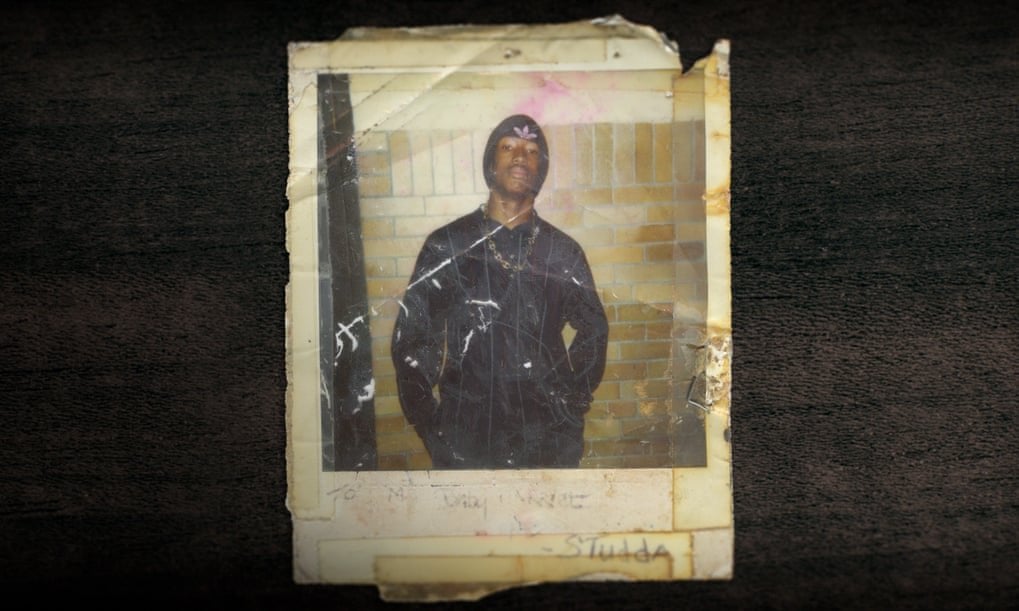 Sean Ellis was in prison for more than 21 years. Image: Getty.

On October 6, Patterson and Ellis were arrested for first-degree murder and for two counts of illegal possession of a firearm.

The National Registry of Exonerations explains evidence against Ellis included Mulligan's gun being found in bushes near Ellis' home, and an eyewitness, Rosa Sanchez, identifying Ellis in a live lineup – claiming she saw him near Mulligan's car before the detective's death.

Ellis, who had no previous criminal record, went through three trials. The prosecution alleged that Ellis and Patterson snuck up on Mulligan, who was asleep, before robbing him of his gun and killing him.

The first two trials ended in hung juries, whilst the third found Ellis guilty, based on evidence given by officers who were later convicted of corruption.

On September 14, 1995, Ellis was sentenced to life in prison after being convicted of first-degree murder and armed robbery.

Ellis spent the following two decades locked in jail for a crime he insisted he was innocent of. 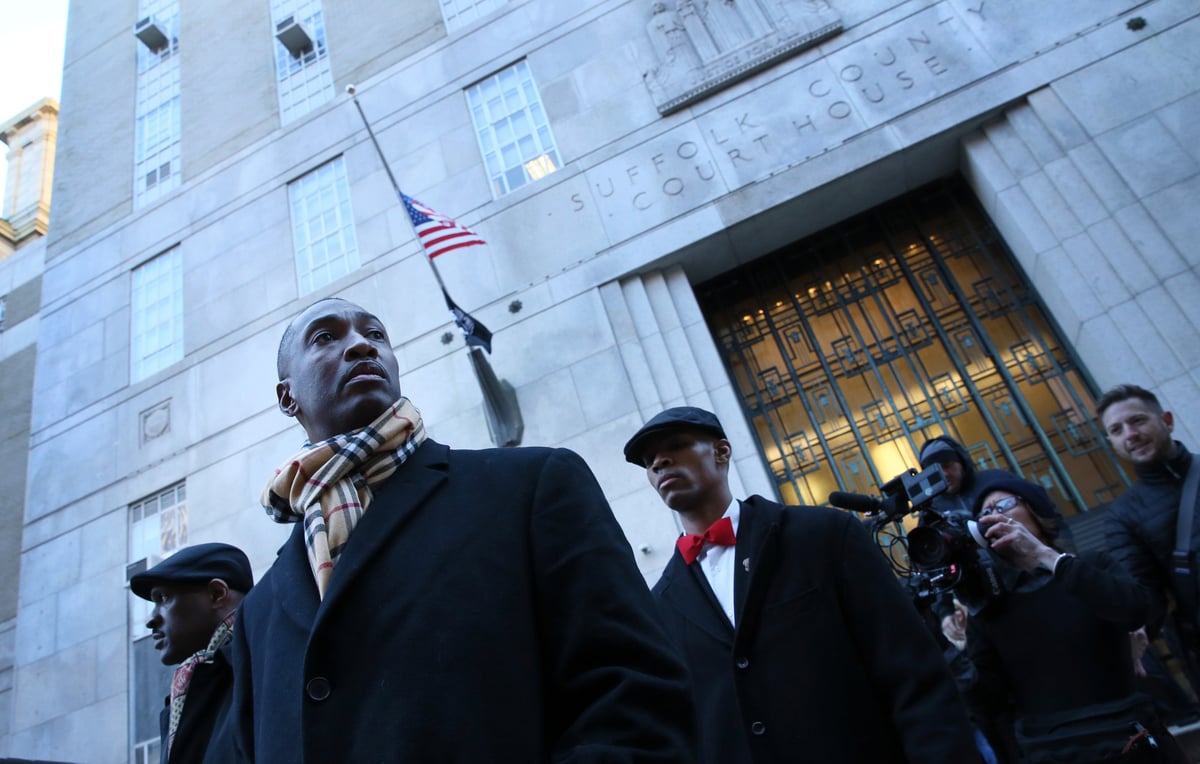 In 1998, Ellis' attorney requested a motion for a new trial due to the corrupt behaviour of detectives who had been involved in the investigation, which had come to light. The request was denied. In 2000, an appeal for the retrial was dismissed by the Supreme Judicial Court.

It wasn't until 2015 that a fourth trial for Sean Ellis was announced, with a judge declaring that police had "failed to vigorously pursue other leads". In 2016, he was released on bond as he awaited his fourth trial.

In December 2018, the Suffolk County District Attorney ultimately dismissed the case before the fourth trial had even commenced, citing weak evidence. Ellis was exonerated and finally free. 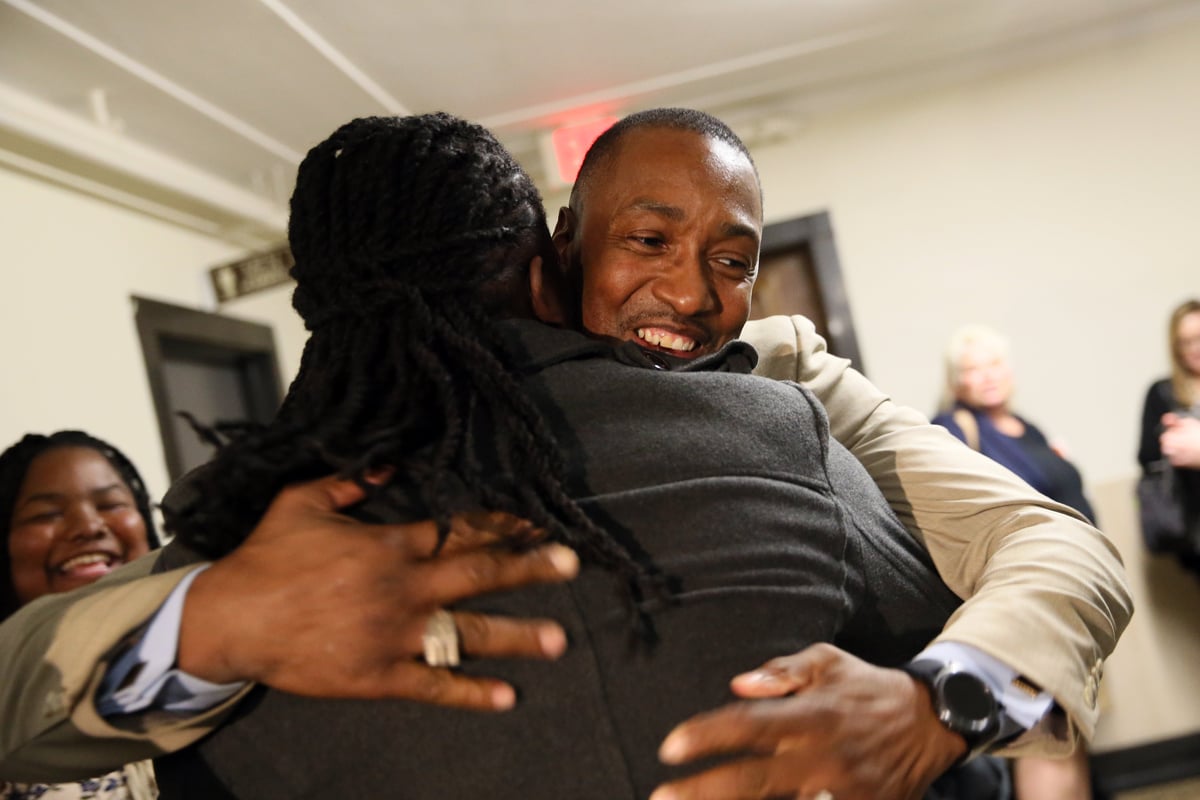 Where is Sean Ellis now?

Following his release at age 41, Ellis had to find his footing back in civilian life. According to his website, a person from his mother's church provided him with housing for the first three years. His family and friends helped fund him initially, including giving him a computer, a car, and enrolling him in a driver's education course.

He began working at Community Servings, which is a non-profit organisation that makes and distributes meal to ill and elderly residents at their homes. His website reveals he began at the shipping dock, before being moved to the reception desk. This year, he was promoted to the management position of Development Associate. He helps with the agency's "fund raising and community outreach".

The website adds: "His personal life has never been happier or more stable. In 2021 he plans to wed a colleague at Community Servings."

Trial 4 is available to watch now on Netflix.