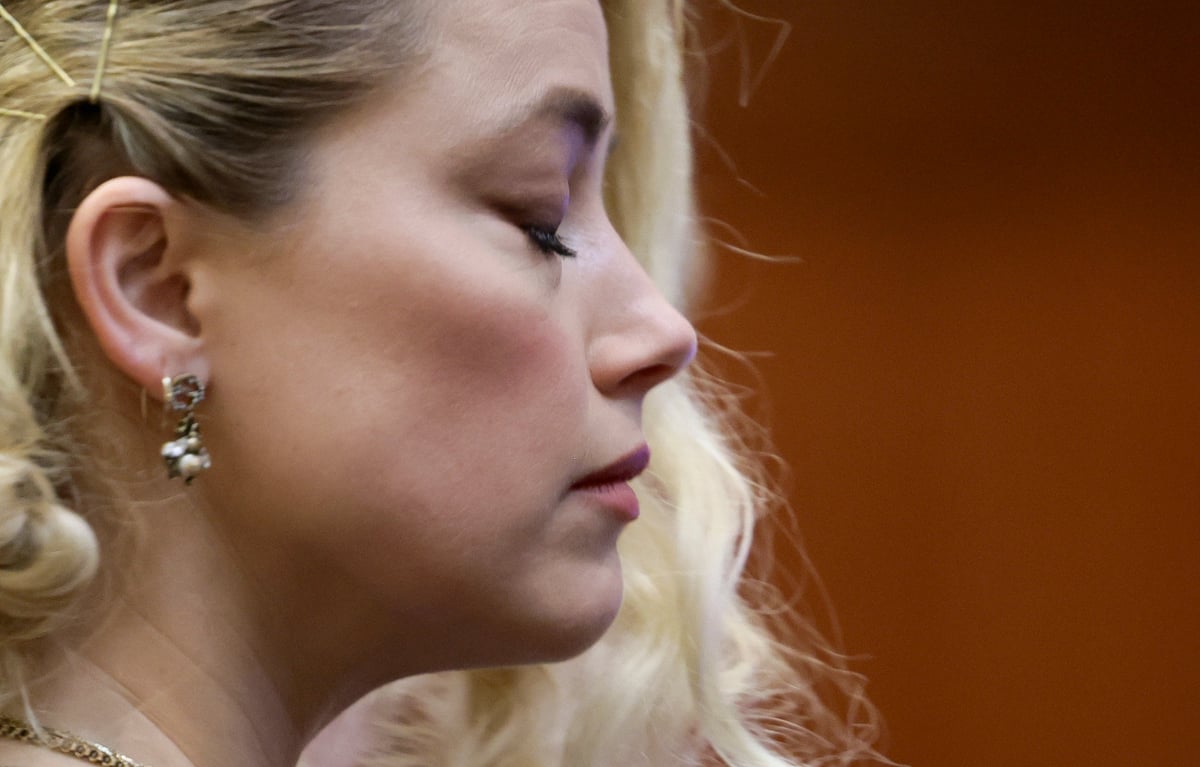 Over the past few weeks, every intimidating question Johnny Depp’s lawyer fired at Amber Heard during the court proceedings felt like a stab at me, even though I wasn’t on the stand myself.

For me, it was like reliving the pain, frustration and trauma of leaving an abusive relationship.

When I left this relationship a few years ago, I had to 'prove myself' to authorities. I had to deal with the worry of not being believed, particularly as my ex also declared to others that I was the aggressor, or the "crazy" one.

Although my friends fully supported me when I was leaving this relationship, the Amber Heard-Johnny Depp trial has affected some of our conversations.

When I merely expressed my empathy for Amber Heard for what she was going through, one friend said I was being biased based on my own experiences. Yet I wonder how biased Johnny Depp fans are in accusing Heard of lying.

Throughout this case, the public has been incredibly critical of Amber Heard. Not only are they saying she is lying, but they are mocking her, ridiculing her, and calling her the most hideous names.

It is seeing these comments that has been the most triggering aspect of this case.

Because I also spoke out and reported abuse, it reminds me of how much I had to prove myself even after what I suffered. All those cruel voices on social media remind me of what I feared the most, confirming my anxieties about what people would think if I told them what happened in our relationship.

The reactions I’ve observed also make me worry about telling someone new about my experience. Is this what they will think of me? Will they just think I’m a liar, or a disturbed woman?

This was the most infuriating and agonising part of leaving an abusive relationship. When reporting details to people I didn’t know, I felt like I could sense their skepticism. To say I felt invalidated is an understatement.

In fact, I kept wishing that there had been a camera in our house to have recorded all the abusive moments.

Seeing members of the public attacking Heard on social media brings me back to the trauma of not being believed.

In particular, these are some of the points or questions raised throughout the trial that have been particularly tough to hear.

Why were there no medical records? Why can't we see the injury you described?

People don't understand that when you are being abused, you don't want anyone to know. You don’t want them to know that the partner you have told your friends and family is great, is an abuser. I remember having to hide injuries on my face with makeup, too. Would you want to go to work with everyone seeing that?

Which photo was the correct one? If it was true, you would remember.

Marisa Peer, a world renowned therapist, comments on how trauma can affect recollection of events.

"If you’re experiencing stress or trauma, your memories are more likely to be suppressed because we go into a state of fight or freeze," she says.

"If we’re happy, our memories will be a lot clearer and easier to recall. However, if something is proving too much, your mind switches off as a way of temporarily protecting you from this experience."

Why were there no photos of injuries or videos that prove his abuse against you?

It is not always safe or practical to take videos or photos when we want to. Can you imagine running to grab your camera to take a shot just as your partner is about to abuse you? In the Heard-Depp case, when there were no photos, there were questions. And even when there were photos, it was questioned in court whether they were digitally altered.

You weren't scared of him, were you?

I had a mixed relationship with my ex. I, like Amber, was scared of my partner. But I also loved him. It is not as simple as being able to stop loving someone even though they are violent towards you.

Amber is seen to be the aggressor.

During my abusive relationship, there may have been instances where I appeared to be an aggressor. I have since learnt this is called 'reactive abuse'.

Leaving the relationship safely was hard. I was scared I wouldn’t be believed, and scared of what my abuser might do next. Would he try to make out that I was the one who was the abuser? This case has just reaffirmed these two fears I had.

I could have stopped paying attention to the trial, however, I knew the outcome would have a big impact on the lives of victims. Like I have heard many experts report, it may shut them down from coming forward to report abuse or deter them from removing themselves from an unsafe situation. Plus, I have already read reports from psychologists that some men have been using the phrase "stop being an Amber" in their relationships as a tactic.

At the time of writing this, the verdict has just been announced. I don’t think it changed much though, as I feel the damage has already been done in the weeks prior.

I only hope for people who are or may become victims and need to speak out, that people responding to their plight will be able to see past this case.

K
kat_ a month ago
Reply
Upvote
3 upvotes
This case reminds me of so many men who use the court system as a way to continue the abuse via intimidation and humiliation of victims. It stuns me that the general public still fall for this and can't see it for what it is.
D
dana_29 a month ago
Reply
Upvote
3 upvotes
I 100% agree with you. I too am traumatised. His gaslighting and manipulation in looking like he is the victim makes me sick to my stomach.  The lack of knowledge about what abuse actually is horrific.  People still think it’s about being hit.  No one considered the emotional abuse and intimidation she went through.  She had evidence of him smashing things and vandalising their home with paint and blood yet the jury and Depp’s lawyers focused on physical injuries.  They are behind in their knowledge.  Amber’s lawyers were correct and way ahead of the times in their understanding of intimate partner violence.  It just proves the ignorance of so many.  This is horrible just horrible that only survivors know how to recognise and understand abuse beyond physical bruises.
News
General
Opinion
True Crime
Politics
Sport
Explainer
Entertainment
Celebrity
Reality TV
Movies
TV
Books
Rogue
Royal
Lifestyle
Beauty
Fashion
Weddings
Home
Wellness
Health
Fitness
Travel
Food
Family
Before The Bump
Pregnancy
Baby
Kids
Teens
School
Parent Opinion
Work & Money
Money
Finance
Career
Lady Startup
Relationships
Sex
Dating
Separation
Friendship
Family
Real Life
Couples