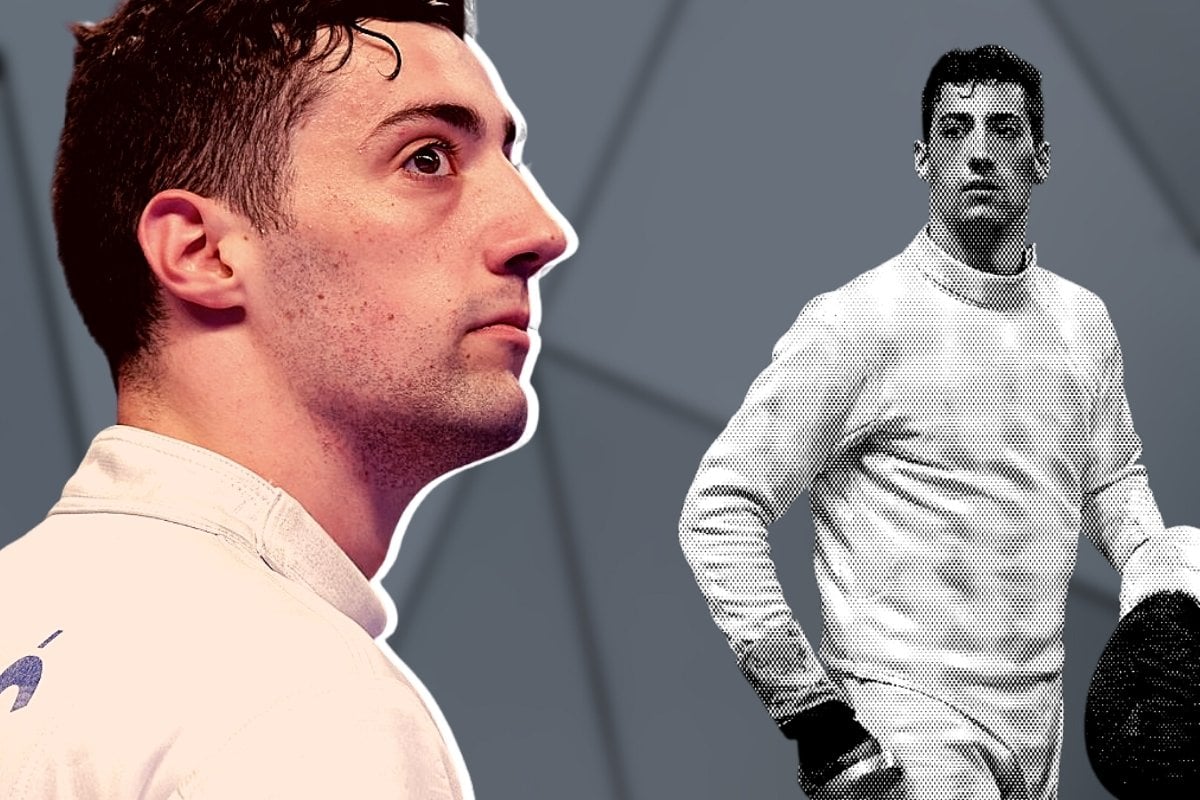 American fencer Alen Hadzic flew to the Tokyo Olympic Games on a separate plane from his teammates. He's staying apart from them, too, in a hotel roughly 30 minutes' drive away from the athletes' village in Chūō City.

These unusual conditions come not at the request of Hadzic himself, but at the demand of his sport's national governing body, USA Fencing, as part of a plan designed to preserve the (in his own lawyers' words) "physical and emotional safety" of his female teammates.

Hadzic, who qualified for the Games as an alternate on the US men's épée team, has been accused of sexual misconduct by three women; two of whom, Buzfeed News reported, are fellow Olympic fencers.

"If this had been dealt with in the way that it should have been, he should have not even had the opportunity to try to make the Olympic team," one of the women told the outlet. “And now we have to deal with the consequences of having [him] on the team while simultaneously competing in the biggest event of our lives. And I think that's a very unfair position to put us in."

Soon after Hadzic qualified for the Tokyo games back in May, USA Fencing posted a photo of him to its Instagram page. Smiling. His helmet tucked under one arm. The other throwing a thumb up in triumph.

Then the comments started rolling in.

According to The New York Times, several people alleged on the post and elsewhere on social media that Hadzic is "a predator and a rapist". USA Fencing has since deleted and disabled comments.

After learning of his selection, Hadzic's three accusers took their allegations to the US Center for SafeSport, the authority on allegations of sexual abuse and sexual misconduct for the United States Olympic and Paralympic Committee.

The women's allegations relate to incidents that occurred between 2013-2015, when Hadzic was a student at Columbia University and competitive fencer.

Local media has reported that one of the women alleged that he groped her in his apartment after she went there to accompany a friend whom she didn't want to leave alone with him. Another reportedly reiterated claims involving an issue of sexual consent that had seen Hadzic suspended from the university campus for a year back in 2013/14.

SafeSport suspended Hadzic from international competition in June pending an investigation, which would have seen him ruled out of the Olympics. But the suspension was overturned after a subsequent arbitration hearing. Instead, USA Fencing's "safety plan" was put in place to shield him from his accusers and other concerned teammates at the Games.

Hadzic has never been criminally convicted of any sexual misconduct allegations. And he has denied any wrongdoing ever since the women's claims went public.

He also claimed that spending his time away from his teammates hampered his experience in the lead-up to this week's épée events.

“I don’t have that experience that I earned," he added.

Nor, it seems, do the women who claim to have been victimised by him.

"I’ve worked my entire life to get here," one told BuzzFeed News. "And to see this awful human be able to share this moment and be able to represent Team USA is just deplorable."

Reply
Upvote
5 upvotes
He hasn’t been convicted. He still might be guilty but no conviction means he shouldn’t be discriminated against.