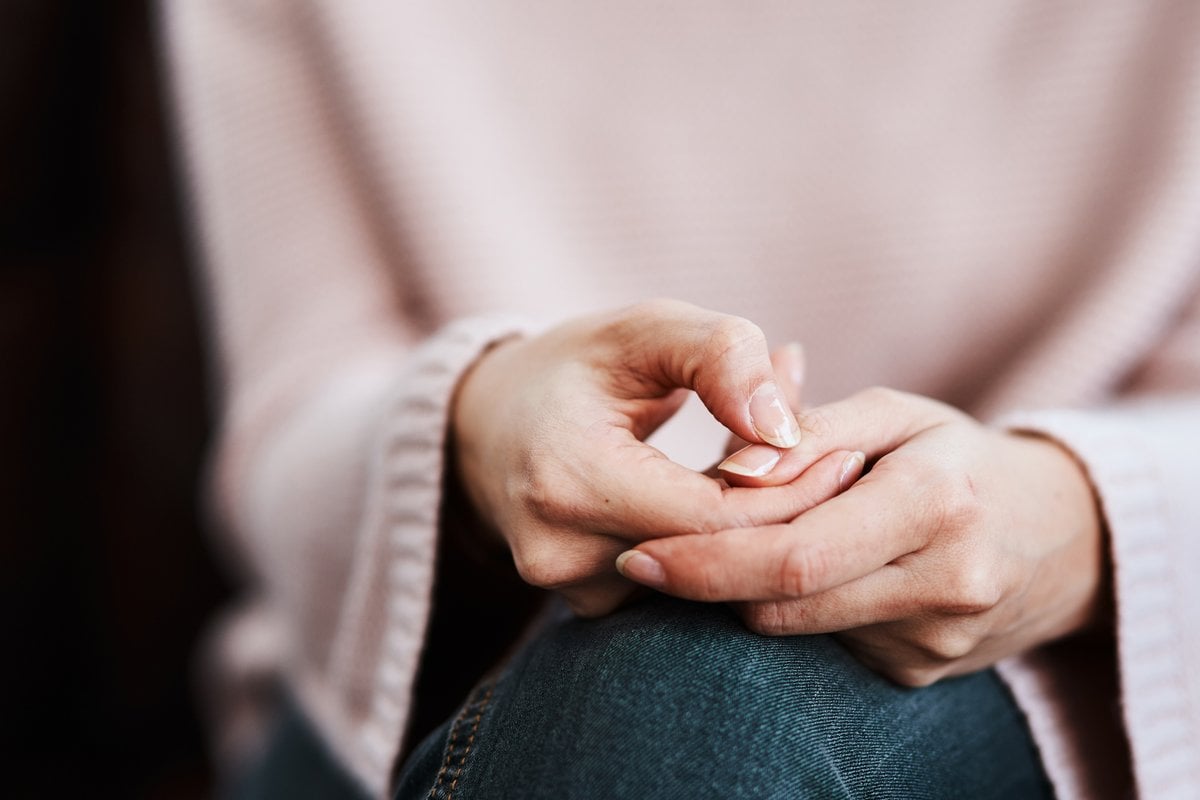 I wake this morning once again to grey skies and gale-force winds and groan. I struggle to want to get out of bed. I struggle with this more often than I admit these days - having to be an adult; to be responsible for others.

I wonder if it’s burnout, the type all parents get at one point or another on this parenting journey.

But I know it runs deeper than that, more intrinsic to my core, and I recognise it as an urge to regress - to selfishly adopt the characteristics of an unencumbered teen, to be irresponsible and careless and to just not have to be the responsible one for once in my life, goddammit.

Side note: How to spot and combat burnout. Post continues below.

This feeling of wanting to regress is normal for people like me - people who have grown up with an alcoholic parent.

Forced into the role of the responsible adult at a young age, those of us who grew up with an alcoholic parent missed out on our childhood, often our teen years also; the linear progression of normal development skewed.

It’s often not until years later, when our grown-up muscle is utterly exhausted from overuse, we begin to grieve the carefree years we never experienced; long to grasp them back into our hands and live them now­.

Except, now, there is my own family to care for.

I force myself out of bed; still, I must be the responsible one.

I didn’t have a normal childhood but grew up in dysfunction, neglect and abuse. I was the child who arrived late for school; the one with unwashed clothes and toes that poked out from holes in my worn shoes.

The one without food and adequate school supplies.

The one with unkempt hair and skinny limbs and dark circles under my eyes.

While other children were busy relishing in the sunshine of their childhood, I was busy being a responsible adult; cooking meals, cleaning, forging signatures on school notes, caring for other family members.

Vividly, I remember times of waiting to be picked up from school, camps, vacation care; always the last child there, stomach in knots, staring at the ground pretending not to hear the whispered conversations of my teachers.

From this I developed severe anxiety and abandonment issues, often becoming so insecure when away I would need to be taken home again.

I never understood this until recently — why I would want to go back to a dysfunctional and abusive home by choice - but now recognise it was because I had assumed the role of the caregiver; that I was fearful and anxious of all that could go wrong if I was not there to keep an eye on things.

It was about staying in control in a world so out of control; a survival skill that became essential to making it through my childhood.

This need to be in control has remained with me into my adult years; the fear of being out of control triggering the helplessness I felt as a child with no normal, no stability, no routine, no constant.

It’s one of the many results of growing up with an alcoholic parent that have permeated into my adult life but have taken some time to recognise and understand for what they are - defensive mechanisms and survival skills that are, in fact, not normal.

Many of us, however, grew up not knowing what normal was, or believing our childhood was normal, having grown up in isolation and withdrawal and therefore having no comparison.

It’s often not until we look back later we realise our childhood was a war zone; that we lived through the front lines of combat and trauma, and have carried that trauma into our adult lives, creating havoc for ourselves and our relationships, perpetuated by the shame that unwittingly underlies our ability to acknowledge or talk about our past with others.

We often don’t realise other effects that have resulted from our upbringing.

Trust issues from growing up in an environment where lies, secrets, denial and betrayal were the only constant; where broken promises became so normal we learned to depend on disappointment.

We struggle with closeness and intimacy, believing them to be dangerous needs to have; our self-sufficiency so extreme we refuse to accept help from anyone.

Because our emotional and physical needs were never met, we struggle in relationships to find the balance between becoming too attached and remaining intensely unattached; often paradoxically swinging between the two and detesting our need for both extremes.

Desperate to avoid the criticism and rejection many of us grew up with, we become chronic people-pleasers in an endless pursuit for approval. Tell me who I need to be, and I’ll be that person.

Listen to the latest episode of No Filter, where Mia interviews Jock Zonfrillo about his heroin addiction and the impact it has had on his relationships. Post continues after podcast.

We judge ourselves harshly, rarely feeling we reach our impossible standards of perfection; often we find ourselves grasping for any form of addiction to numb the pain of our inadequacy and self-loathing.

We can either become overachievers and workaholics who take ourselves too seriously and struggle to be able to have fun - so ingrained in our DNA is the need to be responsible, mature, dependable - or, on the flip side, become completely irresponsible and reckless with our lives; rarely is there a middle ground.

And there in the background of all these things, we struggle with hyper-vigilance, anger, rage, depression and isolation and stress-related illness, not even realising they have become our constant; our version of normal.

It isn’t easy to acknowledge these things for what they are and work through them. I find myself still trying to understand how to reconcile the years I missed with the life I have now; indeed, if it is even possible.

One of my favourite quotes from Ralph Marston: “Feelings come and feelings go. There is no need to fear them and no need to crave them. Be open to your feelings and experience them while they are here. Then be open to the feelings that will come next. Your feelings are a part of your experience. Yet no mere feeling, however intense it may seem, is your permanent reality.”

Today, I will get out of bed, dress, and care for my family. And I will do the same again tomorrow; perhaps even over-care to compensate for the ways I was not cared for.

I will not fear my feelings, but acknowledge them as part of my experience, and continue on.

It seems the only way I can begin to reconcile my loss to my reality; the reality that no matter how I struggle, I have a family I am responsible for. Some days will be harder than others. But though I may never get my childhood back, I can do everything in my power to make damn sure they never know what it feels like to lose theirs.

Reply
Upvote
My childhood was very similar to yours. However, my dad was not an alcoholic. He did have addictions, like cigarettes, eating grated soap, drinking lots of cold strong black tea with lots of sugar, and spending lots of money on himself and his hobbies instead of spending more on his wife and kids and the household. He had a possibly undiagnosed mental illness, and showed all the traits of a narcissistic psychopath. There were 8 of us kids and he was constantly screaming at us that he hated us and wanted to shoot us all dead. The ptsd has affected all of us in different ways. I understand very well how hard it is to live a "normal" life after living a totally fractured, negligent and violent childhood.
News
General
Opinion
True Crime
Politics
Sport
Explainer
Entertainment
Celebrity
Reality TV
Movies
TV
Books
Rogue
Royal
Lifestyle
Beauty
Fashion
Weddings
Home
Wellness
Health
Fitness
Travel
Food
Parents
Before The Bump
Pregnancy
Baby
Kids
Teens
School
Parent Opinion
Work & Money
Money
Finance
Career
Lady Startup
Relationships
Sex
Dating
Separation
Friendship
Family
Real Life
Couples