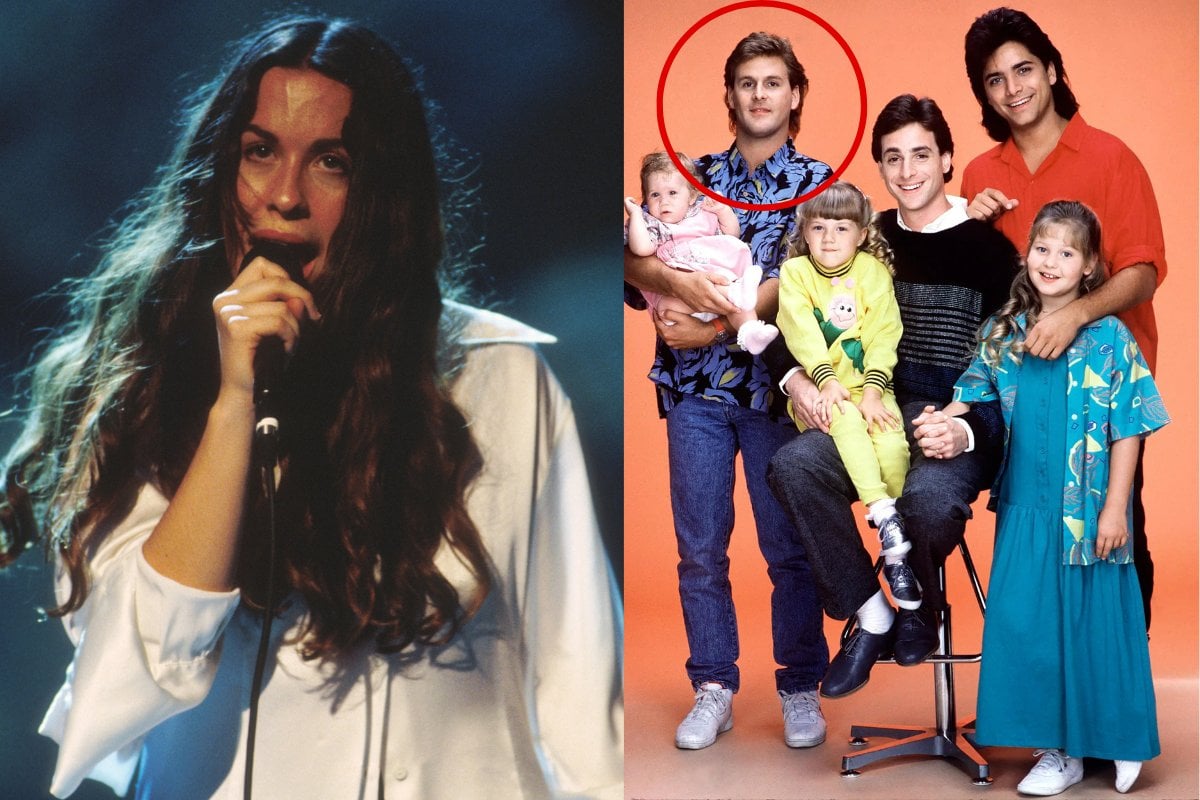 If you have ever had your heart broken, chances are you've heard Alanis Morissette's blisteringly raw breakup song 'You Oughta Know'.

You've played it out loud in the car while sobbing on your way to work. You've listened to it as you lay maudlin on your bed, pondering your life choices. You've screamed out the lyrics, arms wildly gesticulating, feeling the words down to your bones.

You seem very well, things look peaceful
I'm not quite as well, I thought you should know
Did you forget about me, Mr. Duplicity?
I hate to bug you in the middle of dinner
It was a slap in the face
How quickly I was replaced
And are you thinking of me when you f**k her?

It has been 27 years since the song was released, but the visceral pain in Morissette's voice is as undeniable as ever.

Watch: Music video of You Oughta Know. Story continues below.

And for 27 years, the mystery surrounding exactly who the song was about remained unsolved. There were rumours, but nothing was ever confirmed outright.

Mr. Duplicity is... [can I get a drumroll please?] 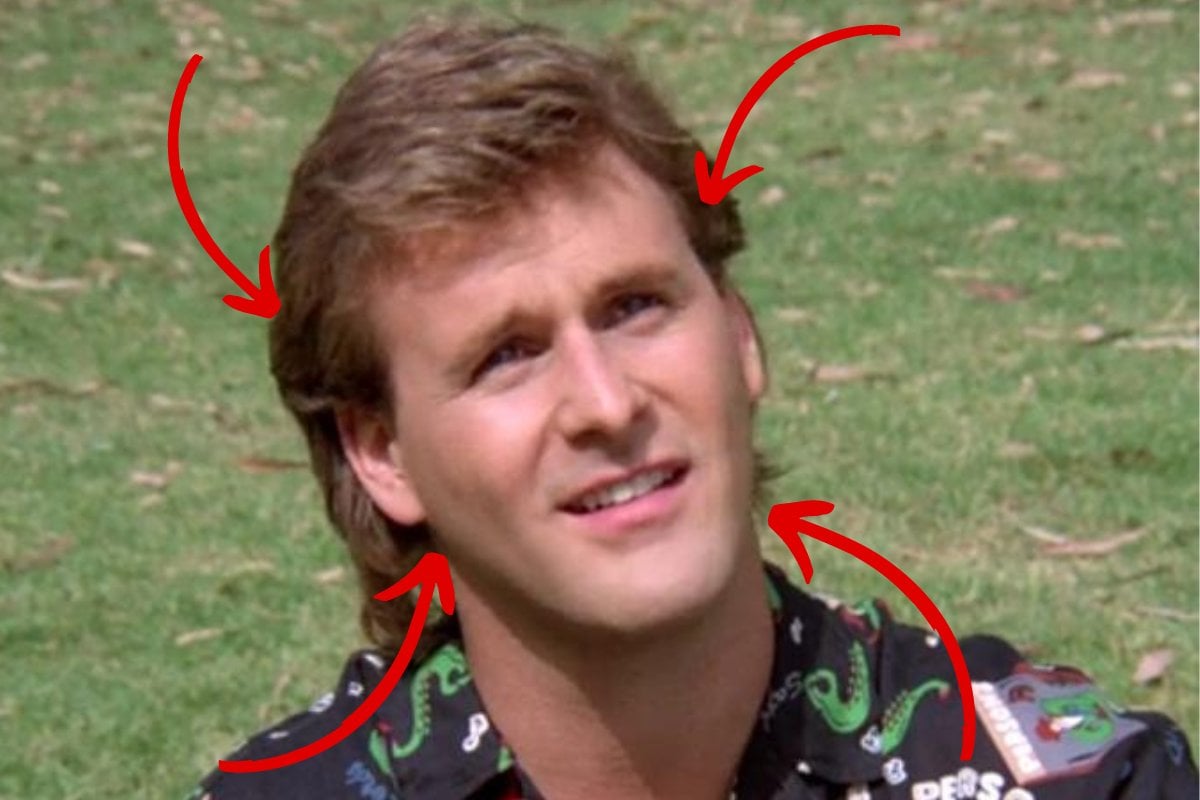 This is the guy. Image: Full House.

That was... unexpected. Who would have thought that Uncle Joey would engender that kind of emotion? I mean, I just remember him saying, "Cut. It. Out." a lot on Full House.

Anyway, Uncle Joey, whose real name is Dave Coulier, had apparently long been suspected as the person to whom 'You Oughta Know' was about.

Coulier and Morissette dated for two years after meeting in 1992, when he was 33 and she was 18. A year after they broke up, the singer's Grammy-award winning album was released.

Back in 2014, Coulier spoke with Buzzfeed about the rumours that he was the infamous "Mr. Duplicity".

"I think it’s just really funny that it’s become this urban legend, so many years after the fact. First of all, the guy in that song is a real a-hole, so I don’t want to be that guy," he said.

"Secondly, I asked Alanis, 'I’m getting calls by the media and they want to know who this guy is.' And she said, 'Well, you know it could be a bunch of people. But you can say whatever you want.'

"So one time, I was doing a red carpet somewhere and the press just wore me down and everybody wanted to know so I said, 'Yeah, all right, I’m the guy. There I said it.' So then it became a snowball effect of, 'OH! So you ARE the guy!'" 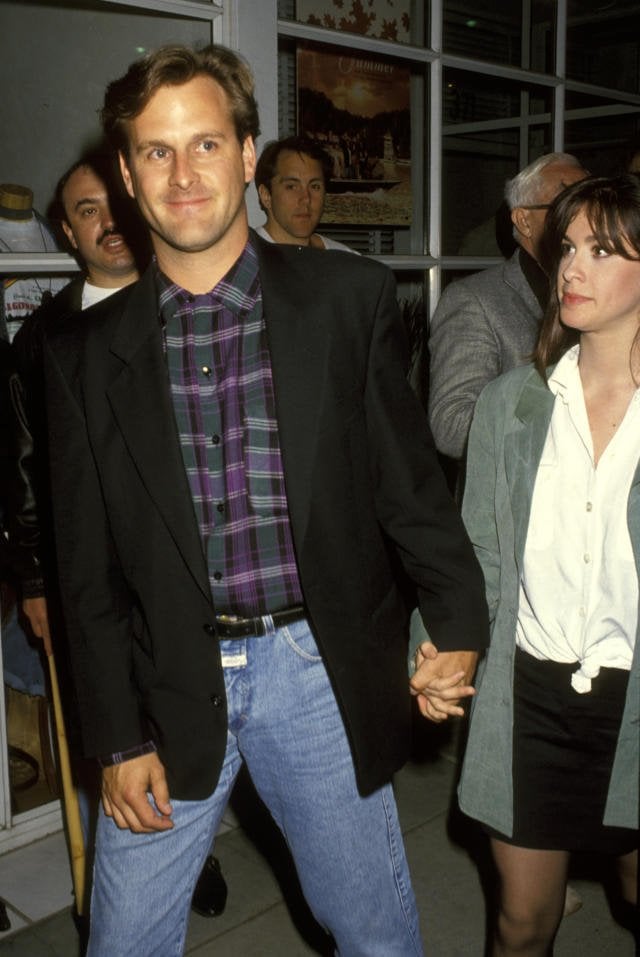 Throughout the years, Morissette has never publicly revealed who the song was about. And she still hasn't - it's Coulier who "outed" himself - once and for all - in a recent interview on American broadcasting company SiriusXM Faction Talk's Jim Norton & Sam Roberts radio show.

"And then I was listening to the lyrics going, Ooh, oh no! Oh, I can’t be this guy."

He went to a record store, bought the CD [Note to young people: CDs are what people used to listen to back in the olden days before music streaming], and listened to the whole album in his car. He recognised things in other songs that alluded to his relationship with the singer.

"There was a lot of familiar stuff in there that her and I had talked about. Like 'your shake is like a fish'. I’d go, 'Hey, dead fish me', and we’d do this dead fish handshake," he said.

"And so I started listening to it and I thought, Ooh, I think I may have really hurt this woman. And that was my first thought."

Listen to the latest episode of The Spill. Story continues below.

Despite their breakup and the subsequent song about said breakup, the pair remained on good terms.

"Years later, we reconnected and she couldn’t have been sweeter," Coulier told the radio hosts. "And I said, 'What do you want me to say when people ask me about this relationship?' And she said, 'You can say whatever you want'."

He also shared a poignant story about how much he valued Morissette's friendship.

"I’ll tell you the kind of person she is. When my sister Sharon was dying with cancer, Alanis was living in Toronto. My sister was in Detroit. She actually drove to Detroit with her guitar and sat with my sister playing songs and singing to my sister in the hospital," Coulier said.

"That’s the kind of human being she is. So I’ve never had anything bad to say about her. She’s lovely."

All I can say is that if you can go from this...

'Cause the joke that you laid in the bed
That was me and I'm not gonna fade
As soon as you close your eyes, and you know it
And every time I scratch my nails
Down someone else's back I hope you feel it
Well, can you feel it?

... to being friends, then maybe breakups aren't so bad after all. 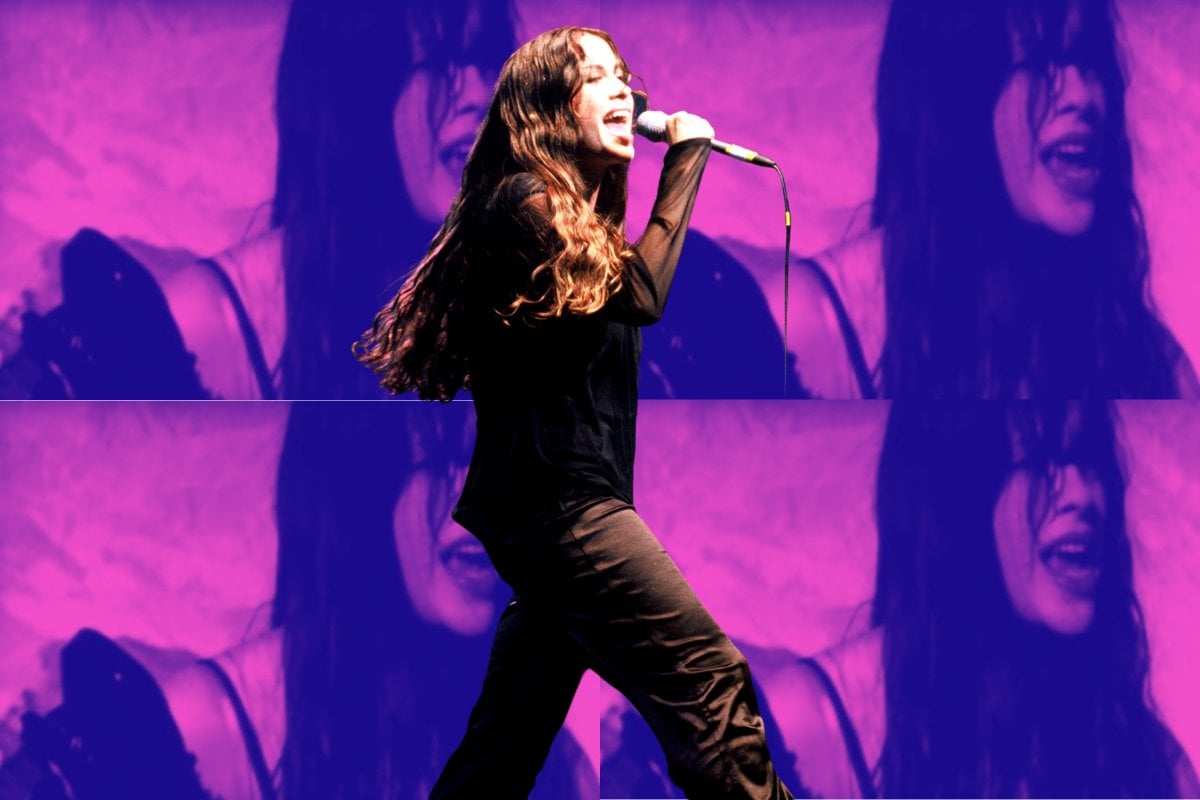 Reply
Upvote
1 upvotes
Whatever you mean misanthropes, I totally care. Alanis Alanis Alanis, you beautiful girl, what were you doing with a stick insect like that?! Must've had the gift of the gab. Amazing talent and pretty to boot. What a dick!

Reply
Upvote
6 upvotes
Ok, I may be some old GenX person here, but haven't we known this pretty much since the song came out? It's like someone confirming that the sky is blue or that puppies are cute. This is the least surprising news to have ever happened. (Also, he was a 33 year old guy dating an 18 year old, not a surprise that it resulted in a song about a toxic relationship.)
D
dolphin_girl41 a month ago

Reply
Upvote
2 upvotes
@rush no, we did not all know this. I'd no idea who Alannis was dating around the time of this album  (nor did/do I care  btw)
J
jo99 a month ago

Reply
Upvote
@rush yes! We all knew
Y
yeahyepyes a month ago

Reply
Upvote
2 upvotes
@rush yep. It was common knowledge. But this is the same as a bunch of stories. Like every 5 years we hear about Michael stipe from REM being gay as though he just came out yesterday.

Reply
Upvote
@dolphin_girl41 ok, perhaps I was being a little hyperbolic there,  but it has definitely been fairly common knowledge for many years. They even made a joke about it on an episode of How I Met Your Mother, when Robin Sparkles had her grunge phase, and wrote a similar style of song about a mystery Canadian man.
Resources
Very Peri
Skin
News
General
Opinion
True Crime
Politics
Sport
Explainer
Entertainment
Celebrity
Reality TV
Movies
TV
Books
Rogue
Royal
Lifestyle
Beauty
Fashion
Weddings
Home
Wellness
Health
Fitness
Travel
Food
Family
Before The Bump
Pregnancy
Baby
Kids
Teens
School
Parent Opinion
Work & Money
Money
Finance
Career
Lady Startup