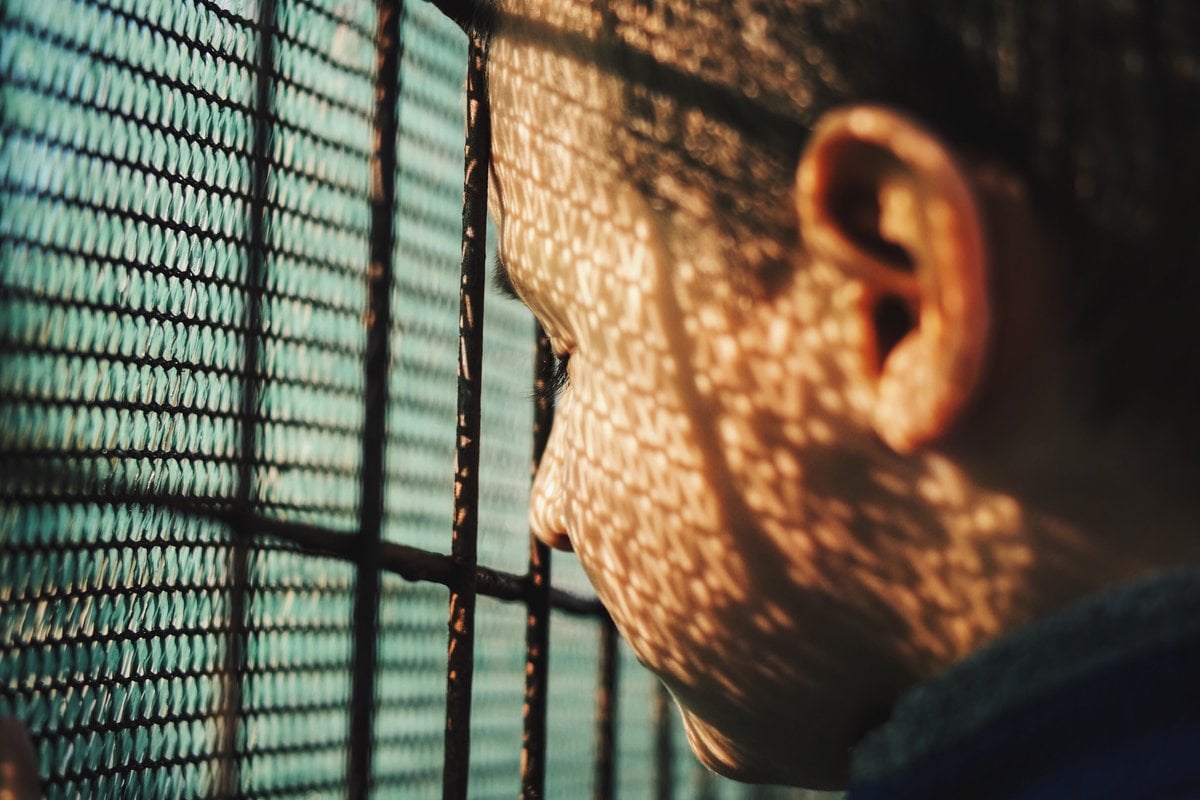 On January 20, 2021, Australia's human rights record was put under the United Nations' microscope.

Our treatment of Indigenous communities, asylum seekers and violence against women topped the list of global concerns during the five-yearly review, where other nations were able to ask questions and make recommendations for improvement.

And among the questions asked of us by other nations, were a number about Australia's age of criminal responsibility.

Watch: A child psychologist explains why children aren't held responsible for their crimes, in documentary The Bulger Killers: Was Justice Done? Post continues below video.

In Australia, children as young as 10 can be held criminally responsible for their actions. They can be arrested by police, remanded in custody, convicted by courts and jailed.

Thirty-one UN member states have called on Australia to lift the age, an increase in international pressure.

Among the nations to raise the issue were Canada, Germany, France, Italy, Greece, Sweden, Spain, Poland, Portugal and Mexico.

The Australian Government has set up a working group to look into it, but in 2020 the group delayed its response until later this year.

The age of criminal responsibility.

In 2019, the UN Committee on the Rights of the Child recommended 14 years as the minimum age of criminal responsibility.

Currently, Australia operates under a 'doli incapax' presumption, which means the law presumes a child under the age of 14 does not possess the knowledge required to have criminal intent, the Law Council of Australia states.

However, the president of the council, Pauline Wright, told ABC doli incapax had led to "huge inconsistences" and left children disadvantaged.

Although there is hope for consensus, it would be up to each state and territory to decide whether to increase the age.

The ACT has already committed to doing so, breaking ranks from the rest of the country.

Raising the age is included as a priority area of reform in the ACT Labor-Greens parliamentary and governing agreement, released in November 2020.

Even so, Chief Minister Andrew Barr said it would likely take more than a year before any changes come into effect.

So far, the NT Government has not indicated when or if this will happen.

Hundreds of children are locked up around Australia.

There is no available, recent national data on the number of young people who appear before children's courts, broken down in the 10 to 13 age group. But several thousand children under 14 are estimated to appear on criminal matters each year, based on individual court's annual reports and earlier figures, The Conversation reported.

Listen: Why are 10-year-olds in Australian jails? Post continues below audio.

According to the Australian Institute of Health and Welfare, in 2018-19, 773 children under 14 were placed on court orders requiring supervision in the community by youth justice officers.

More than 570 were placed in juvenile detention. Some 65 per cent of these two groups were Aboriginal and Torres Strait Islander children.

The campaign to raise the age.

The National Aboriginal and Torres Strait Islander Legal Services says the age of criminal responsibility should be raised to at least 14.

The group's co-chair Priscilla Atkins says the UN review is an important opportunity for the government to commit to respecting Indigenous human rights.

The Law Council of Australia, the Royal Australasian College of Physicians and justice coalition Change the Record have also repeatedly lobbied for the age to be raised to 14.

Christopher Cunneen, a criminology professor at the University of Technology Sydney's Jumbunna Institute for Indigenous Education and Research, told The Quicky time in custody and detention has a profound impact on children.

"On top of that you've got the evidence which the Royal Australasian College of Physicians have argued quite strongly, that the actual experience of detention impacts negatively on young people's development.

"So you've got these two things: Kids going in that may have some kind of developmental disability and then being placed in a situation that actually then has a further negative effect on their ability to develop normally."

Professor Cunneen, who also authored a far-reaching article for The Conversation in July 2020, wrote:

"Through my research on youth justice, colleagues and I have interviewed youth workers, detention centre managers, magistrates and solicitors and have never spoken to anyone who thinks bringing a 10-year-old child into the justice system is a good outcome."

Read more: Ten-year-olds do not belong in detention: Why Australia must raise the age of criminal responsibility.

Enough evidence has been gathered to show the current situation is not working and often creates a scenario where children continue on have lifelong interactions with the justice system, he told The Quicky.

"It's not as though we could point to youth justice systems and say 'we took this 10-year-old child and we released that child a year later, and they're a model citizen'.

On the other side of the fence, state police forces and Attorney-Generals are the most reluctant to change.

In November 2019, Federal Attorney-General Christian Porter said he was not "overly enthusiastic" about the reform.

"There have been instances where it is appropriate to prosecute people who've been under the age of 14 for very serious offences, if it can be established that they had the requisite level of mental capacity to understand that the crime that was committed was both morally wrong and also, contrary to the law," Porter said.

"Now, my own observation is the present system works relatively well and allows the flexibility for that to be shown and in circumstances that are appropriate for there to be criminal responsibility attaching to very serious offences."

Alternatives to the youth justice system.

Professor Cunneen told The Quicky there were other systems of support that should be responding to children who find themselves in these situations, rather than the justice system.

"It may be children support services. If children are away from their family then we need to look at other forms of support, we can even look at kids being placed into some form of institutional setting for a short period of time. That's what we do in child protection, so we have a whole range of options.

The review, and the delay.

In November 2018, the Council of Attorney-Generals agreed to examine whether to raise the age of criminal responsibility.

The group's July 2020 meeting had given advocates hope, but the attorneys-general delayed their decision and said more needed to be done to examine alternatives to imprisonment.

A Council of Attorney-Generals consensus is now unlikely until later in 2021.

However, Australian states and territories are able to reform this legislation without this consensus.

They could make the change themselves. So far, only the ACT has made steps to do so.

Reply
Upvote
Any child that has been sentenced should be given a huge amount of psych help. Are they not getting it? If not, why not?