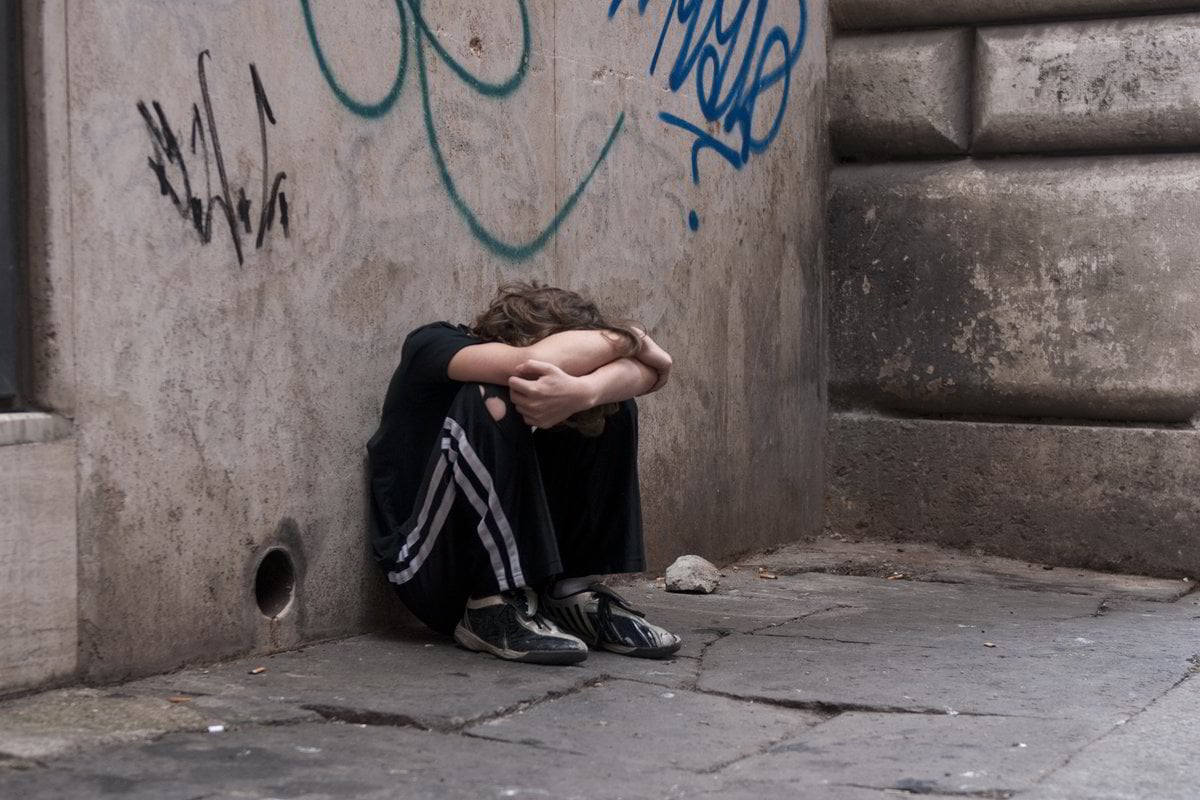 In Australia, children as young as 10﻿ can be held criminally responsible for their actions.

This means they can be arrested by police, remanded in custody, convicted by the courts and imprisoned.

Next week, Australia’s state and federal attorneys-general will meet to discuss raising the age of criminal responsibility.

They cannot pass up this critical opportunity to change the way we treat vulnerable and marginalised children.

In Australia, the age of criminal responsibility is just 10 years old.

This is seriously out of step with international standards. In 2019, the United Nations Committee on the Rights of the Child recommended 14 years as the minimum age of criminal responsibility.

Hundreds of children are locked up

There is no available, recent national data on the number of young people who appear before children’s courts, broken down in the 10 to 13 age group. But several thousand children under 14 are estimated to appear on criminal matters each year, based on individual court’s annual reports and earlier figures.

According to the Australian Institute of Health and Welfare, in 2018-19, 773 children under 14 were placed on court orders requiring supervision in the community by youth justice officers.

More than 570 were placed in juvenile detention. Some 65 per cent of these two groups were Aboriginal and Torres Strait Islander children.

Why we need to boost the age

There are many well-founded and compelling reasons for increasing the minimum age of criminal responsibility in Australia to 14. These include:

Do we really believe 10-year-olds know what they are doing?

If we really believed 10-year-olds have the knowledge and developmental capacity to make life-changing decisions about what is right and wrong to a standard of criminal responsibility, then we would also treat them differently in other aspects of life.

We would have a much younger age for when children can engage in consensual sex, leave school, get married, sign a contract and vote.

But we don’t. We prefer to protect, assist and guide young children and adolescents into adulthood.

There is a growing community campaign, calling on our leaders to raise the age of criminal responsibility to at least 14.

Kids belong in classrooms and playgrounds, not in handcuffs, courtrooms or prison cells

Through my research on youth justice, colleagues and I have interviewed youth workers, detention centre managers, magistrates and solicitors and have never spoken to anyone who thinks bringing a 10-year-old child into the justice system is a good outcome.

One of the few sites of opposition to raising the minimum age has been from some police forces, who prefer to rely on the 14th century common law protection of doli incapax. The doctrine holds that if a child is between the ages of 10and 14, they are presumed not to be capable of forming criminal intent and the prosecution are required to rebut that presumption.

Overwhelming evidence shows doli incapax does not protect young vulnerable children and is not fit for purpose.

There are other options

There is widespread agreement among legal and medical experts that we can respond to children who are in conflict with the law in a far more supportive manner.

Organisations such as the Law Council of Australia and College of Physicians have noted we need greater emphasis on support services, treatment, early intervention, prevention, justice reinvestment initiatives and community-led diversion programs, which are built on Indigenous authority and culture.

We also have the substantial experience of European jurisdictions to draw on, where welfare agencies focus on the well-being and safe development of children in situations where we would currently resort to police, courts and punishment.

In November 2018, the Council of Attorneys-General agreed to examine whether to raise the age of criminal responsibility.

After commissioning a review, they are expected to discuss the issue at their July 27 meeting. There are no clear commitments about what might happen beyond this.

This cannot be just another meeting of politicians.

It is a group of powerful policymakers with a historic opportunity to change the way we treat vulnerable and marginalised children. And in particular, to improve the way we treat Indigenous children and their development.

At a time when there is so much attention on the need to end the racism in our justice system, raising the age of criminal responsibility is more important than ever.