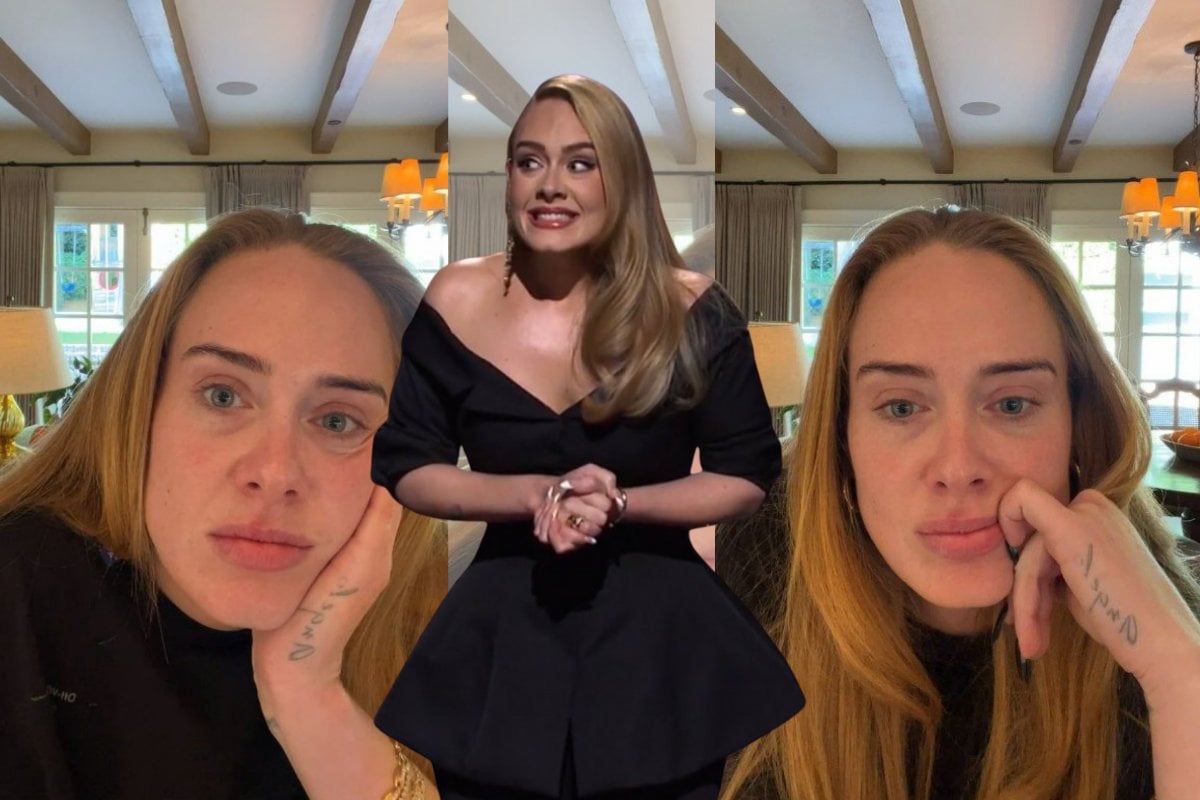 In Adele's first ever Instagram livestream, the singer gave fans the sneak peek of a lifetime by playing a 50-second-long snippet of her new song set to drop on October 15, 'Easy On Me'.

The 40-minute-long livestream was filled with a bunch of info as she filled fans in on her life, her upcoming album and a random assortment of, quite frankly, useless facts that we truly only find interesting because it's coming from the glorious songstress that is Adele.

So, in case you missed it, Mamamia is here to fill you in on all the best bits of the singer's IG Live.

Video via DietPrada and Adele.

While it took Adele a few minutes to get accustomed to being on livestream, hence periodocally asking the camera why she can't invite people, the singer still made it all worthwhile when she gave us 50 seconds of pure magic.

She did only release the first verse and a tiny part of the chorus, but we aren't complaining. "There ain’t no gold in this river that I’ve been washing my hands in forever," the lyrics said.

"And there is hope in these waters, but I can’t bring myself to swim when I am drowning in this silence, baby let me in. Go easy…"

Adele isn't the queen of the Beyhive, in her opinion...

Adele is the ultimate Beyoncé fan, but she told viewers she simply wasn't the 'Queen of the Beyhive' (Beyhive is the the name for Beyoncé stans, FYI).

When asked if she was excited for the 'Halo' singer's new album, she responded "of course I am, are you mad?!"

Perfect response, if you ask us.

She gave the internet dozens of memes, because she is Adele. And she is amazing.

If she couldn't get any better, the 'When We Were Young' singer gave us more than we could ever deserve.

Here are a few of our personal favourites memes lurkin' on the internet from Adele's livestream.

We will be supporting adele with her new release, the president of the Beyhive. Adele and all the Beyhive will support the song Be Alive by Queen Beyoncé. pic.twitter.com/aFGkyp3Zt4

She yelled at her dogs in front of hundreds of thousands of fans.

The singer, who now has two dogs, debuted her beautiful new pup named Bob to the world during her live over the weekend. Hey, it's not an album, but it's the best thing we've seen since the Lemonade visual album. 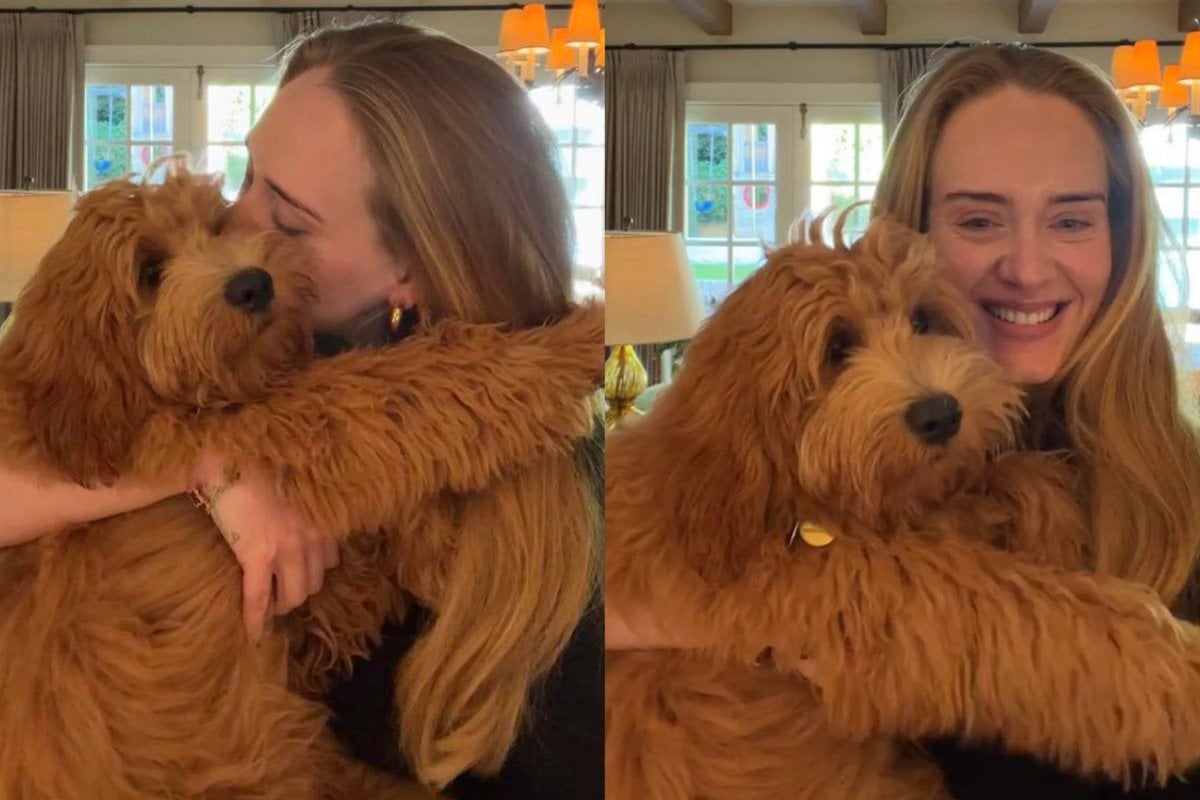 She spilled the tea on the deets of her next album.

When asked what her next album would be about, Adele's response was short and sweet: "Divorce love, DIVORCE."

Adele shares who her biggest inspiration is.

When asked who her biggest inspiration is, she told viewers it was herself. Which is the obvious answer, because she is ours too. 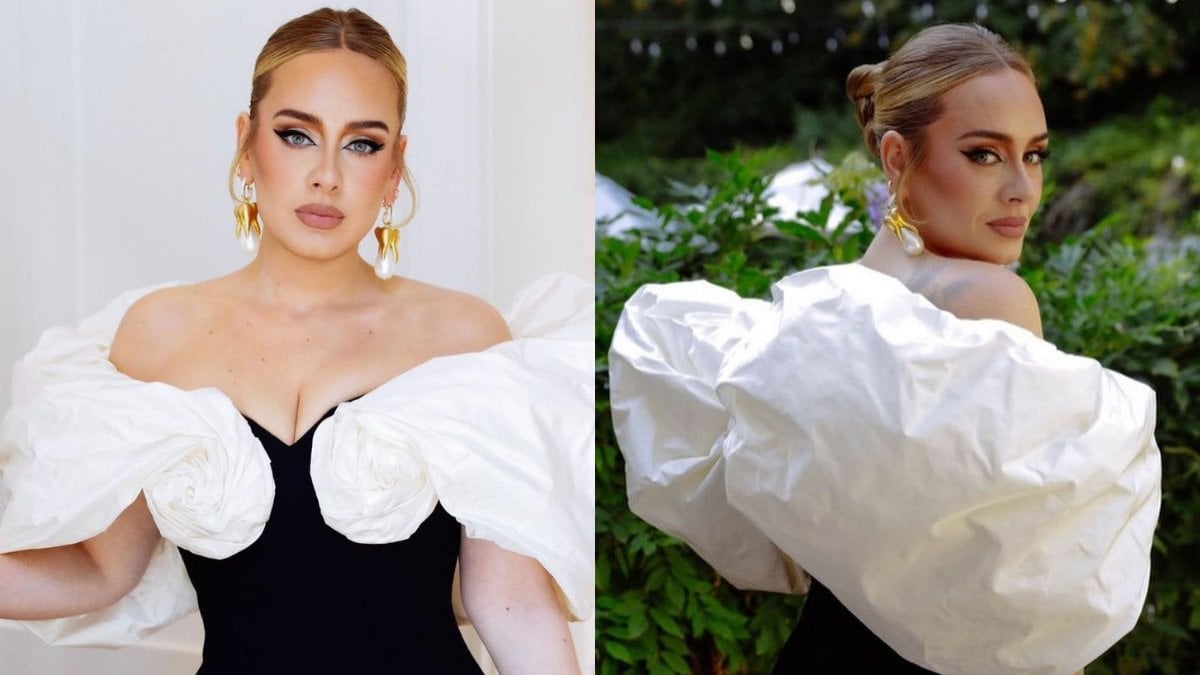 Adele says she is her biggest inspiration, because... DUH. Image: Adele.

Someone asked her something they probably shouldn't have.

Our favourite part of the 40-minute IG live was the singer's response to a fan question.

When asked her 'body count,' ie. how many people she has slept with, Adele responded: "'What's your body count' - what does that mean?"

While were on the topic, listen to Mamamia Out Loud's podcast episode on Adele. Post continues after audio.