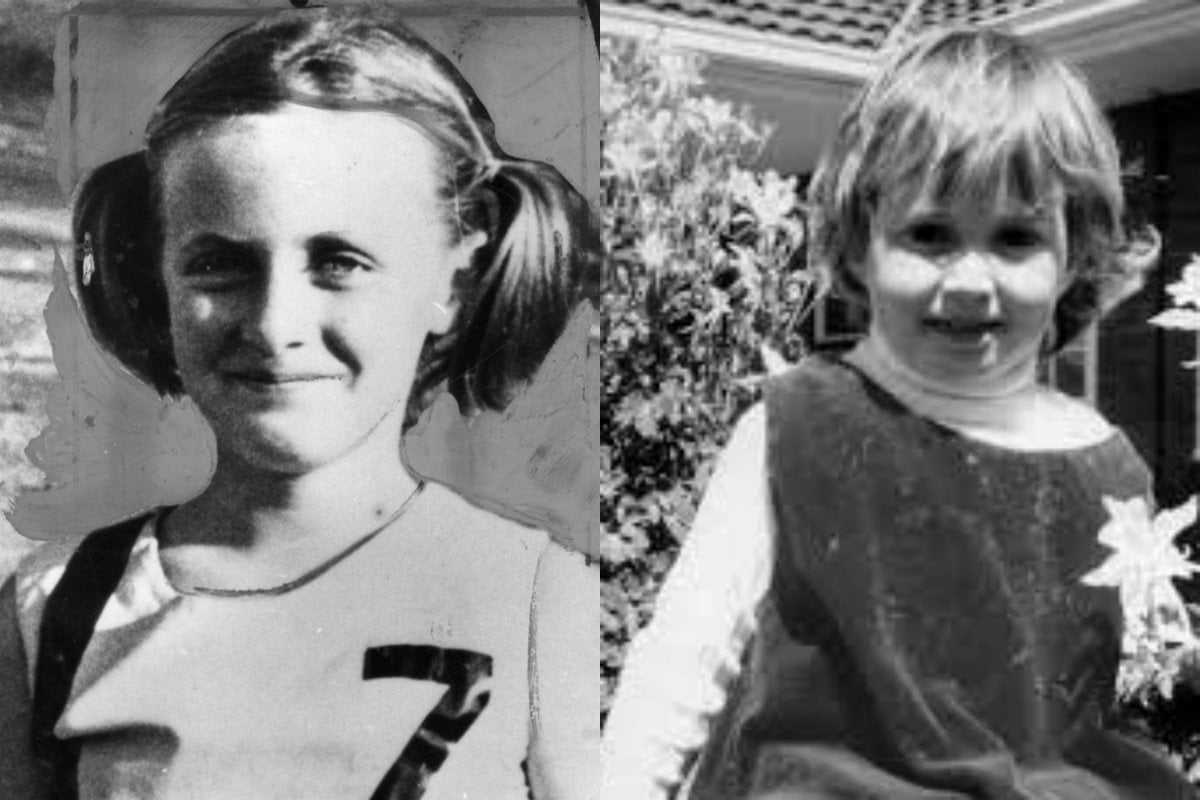 Thinking back to August 25, 1973, Greg Gordon recalls the day being bright and unusually warm. But he also recalls a feeling... almost as if everything was right in the world.

His four-year-old daughter, Kirste, was in the care of her grandparents while he and his wife, Christine, attended a formal function in Renmark, north of Adelaide.

Shortly after they sat down to dinner, the maître d' approached. There was a phone call for them.

On the other end, Kirste's grandmother was sobbing. Their little girl was missing.

Watch: Loren O'Keeffe knows what it's like to have a loved one disappear.

Kirste's grandmother had taken her to a match at Adelaide Oval. Norwood versus North Adelaide, a contest that attracted a 13,000-strong crowd.

During the game, Kirste had been playing with Joanne Ratcliffe, an 11-year-old who'd been sitting nearby with her family.

Joanne was considered responsible and mature for her age, and the adults allowed her to escort Kirste to the bathroom twice during the match. Only, the second time, during the third quarter, they didn't return.

Writing for Mamamia in 2016, Greg and Christie recalled the three-hour drive back to the city after learning the news.

"For some three hours, with minds racing, we scanned available radio broadcasts for news as we had no access to mobile phones at that time.

"On arrival at Adelaide Oval, we were briefed on the current state of the operation: that Kirste and Joanne Ratcliffe were missing, and that a search was in progress. Burdened with frustration, we could do little but wait and contemplate the mystery of where the children may have gone."

As the news hit the headlines in the days that followed, a witness came forward.

They'd been at the match, and claimed they'd seen the two girls there in the company of a thin, middle-aged man near the bowling green area.

The man, who was wearing a sports coat and an Akubra-style hat, had picked up the younger girl in his right arm and walked toward the oval's southern gate. The older girl grabbed at him and kicked his shins, and a pair of eyeglasses dropped from the pocket of his coat. He bent to retrieve them and grabbed the arm of the older girl, dragging the pair toward the carpark area, out of sight.

The witness assumed he'd seen a father wrangling his unruly children. He thought little of it, until he saw the news.

His description of the man was echoed by a number of other people at the match that day, as well as a motorist who claimed to have seen the trio some three kilometres away.

A police sketch was compiled and released to the press. The result was striking. 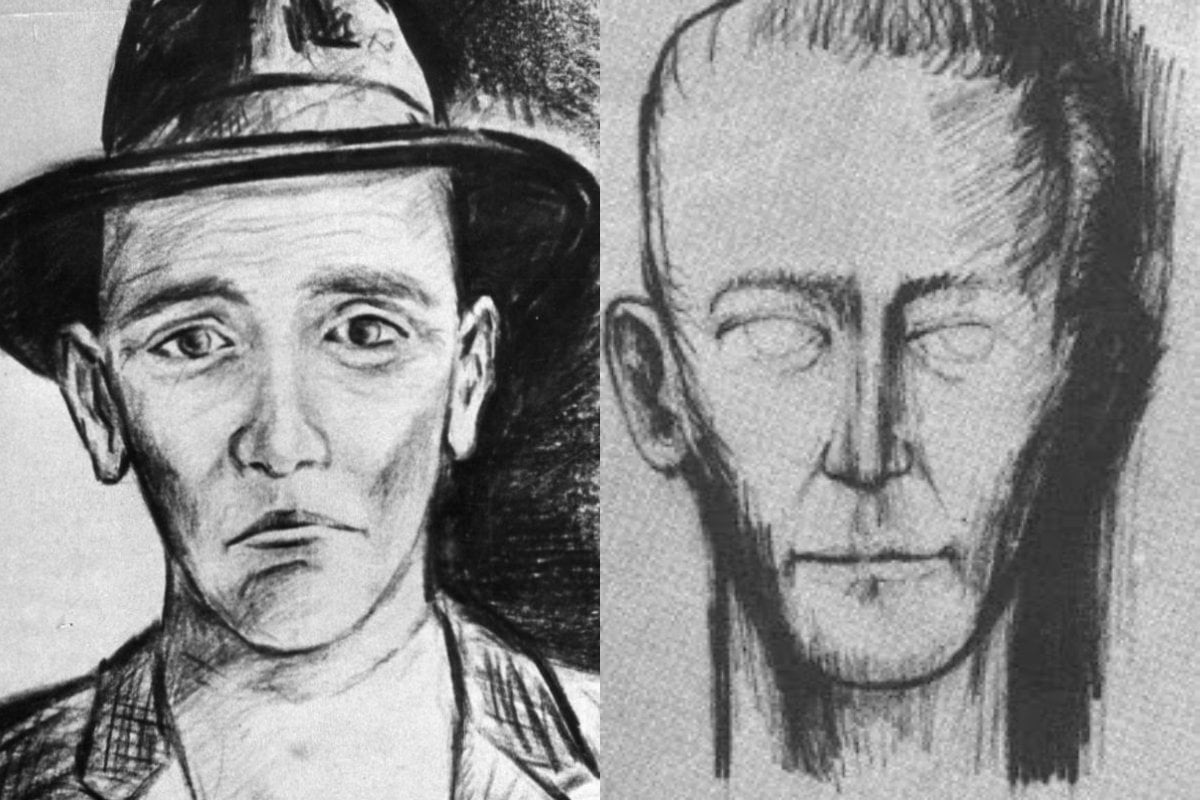 The man captured in black ink looked very much like one sketched just years earlier in (what is now known as) one of the most infamous missing person cases in Australian history: the disappearance of the Beaumont children.

Jane, Arnna, and Grant Beaumont, aged nine, seven and four, had vanished from Adelaide's Glenelg Beach in 1966. They'd ventured there alone, as children often did then. But witnesses reported seeing the children with a man that day. Aged in his 30s. Thin.

South Australia Police chased numerous leads in their search for Kirste and Joanne.

"It is extremely probable that both girls were taken either by force or under duress from the Adelaide Oval by some man whose identity at present has not been established," the coroner said in a summary statement. "The perpetrator of this vicious act of abduction has of course not been apprehended, but as already stated, investigations are continuing. I earnestly trust that he will be apprehended in due course and made to answer for the heinous crime."

More than four decades later, the person responsible has gone unpunished, and a $1 million reward still stands for information leading to a conviction.

The families of Joanne and Kirste have continued to push for a resolution.

Joanne's sister, Suzie Ratcliffe, launched a not for profit called Leave a Light On in 2015 to raise awareness of long-term missing persons. The organisation's name is a tribute to her parents' resilience and hope.

"After her disappearance, every night my parents would leave the front porch light on in the hope that if she came home, she would know we were waiting for her," Suzie explained.

She's spoken often of the impact her sister's abduction had on her family; the torment of unanswered questions, the need to steel against each new development, the hope, disappointment, and guilt.

Kirste's parents, too, have had to find a way to live with the weight of it all.

"From the time of the abduction, we had to determine how we were to go on with our lives," they wrote for Mamamia.

"At the core of our thinking was that the perpetrator had claimed Kirste as a victim but that he should be denied any further collateral victims. And we would do this by maintaining strength in our conviction that we are survivors, and that blame lies entirely with the perpetrator."

G
granny a year ago

Reply
Upvote
It wasn't an AFL match. It was SANFL or you could say Australian Rules football which is also correct.   Before these kidnappings occurred children had a lot more freedom to play outside and walk around their neighbourhoods. It's so sad that because of a few evil perverts, children have to be constantly supervised now.
R
redballoon a year ago