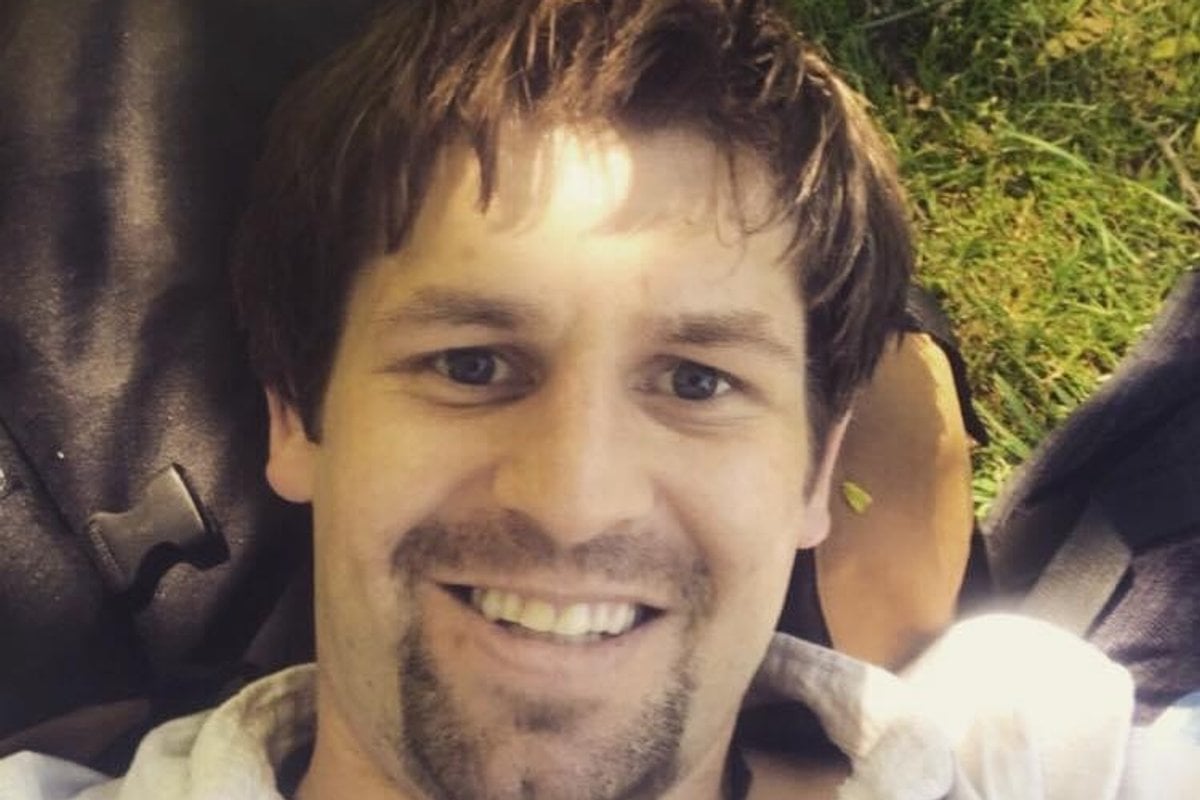 Jake Wertenbach loved the family group chat. Living through Melbourne’s recent lockdown, it was one of the few ways he could communicate with his loved ones.

Just weeks before stage four restrictions commenced, the 32-year-old had moved into an apartment where he lived by himself. His family was like millions of others; separated by uncompromising borders. For Jake, the family group chat was one of the crucial ways he would stay connected and combat loneliness.

“He was always interested in what we were all doing,” Elsie Wertenbach, Jake’s mother who is originally from East Gippsland, tells Mamamia. “Every night he wanted to know what we were eating for dinner and he would send us pictures of what he was cooking for dinner.”

It became a daily ritual until Jake abruptly stopped responding. It was about August 27 when their hearts first felt heavy with worry. 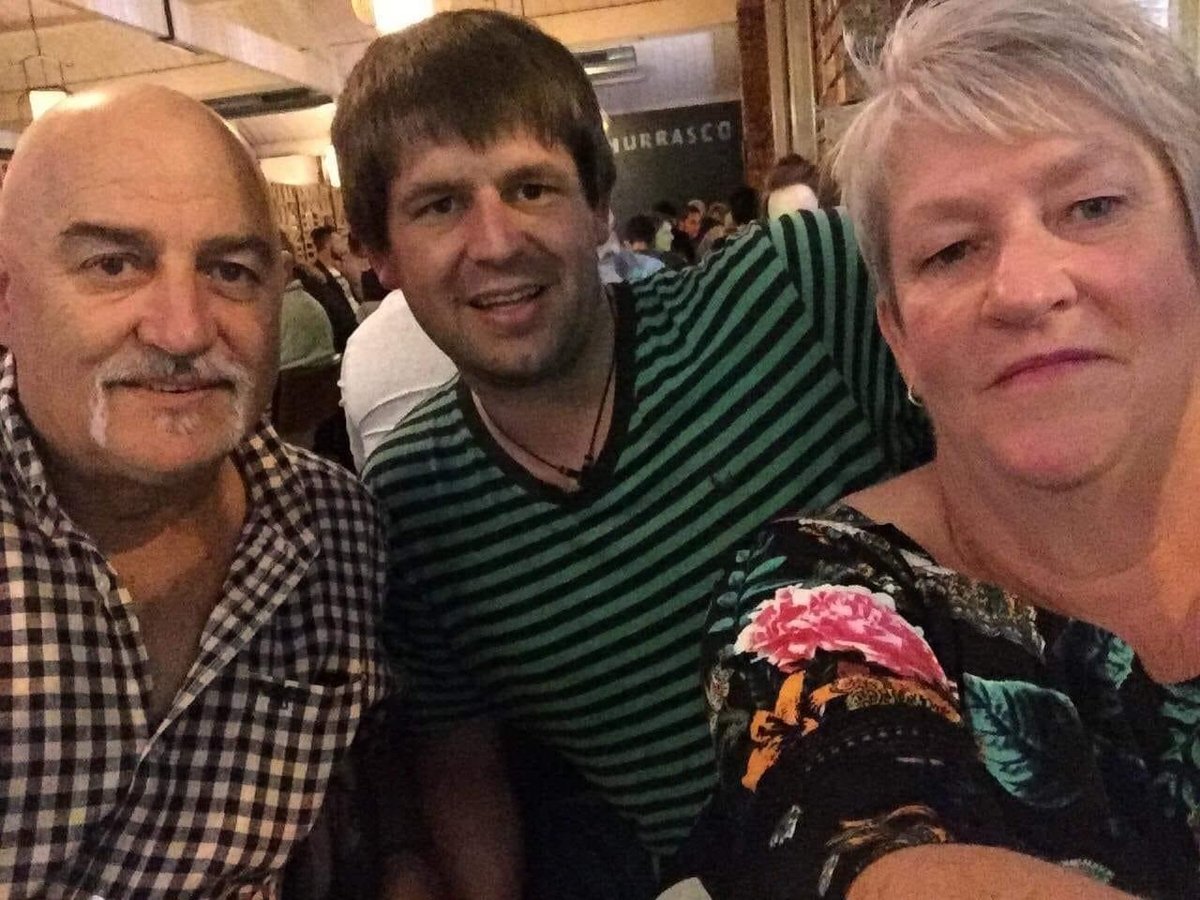 Jake had been dealing with some serious personal issues.

“He had suffered a lot of anxiety in his life, which led to him being a very bad alcoholic for a few years in his younger years,” his mother shares softly. “But for the past three years, he had been on a really good path to recovery.”

During the state's first lockdown, Elsie says he "coped very well". He bought exercise equipment so he could workout every day from home, and was able to keep his full-time job as an electrician.

It was the second lockdown, Elsie says, that troubled her son. As the restrictions tightened, including his work being cut by 75 per cent, his anxiety worsened.

It was apparent to his family that he was struggling.

“He was very anxious about how he was going to come out at the end of it,” Elsie says, adding he worried about the prospect of losing his job.

"His anxiety took a form where he had no confidence in himself,” she shares. “He never had a partner and he was so concerned about that with lockdown, he wasn't going to be able to meet 'the one'... He got really down, and he said he just couldn't see any end in sight to it."

Jake had maintained his regular appointments with his addiction specialist, although they had moved to tele health.

In early August, when stage four restrictions were first announced in Melbourne, Jake’s parents couldn’t get hold of him for three days. He eventually confided that he had been drinking again. 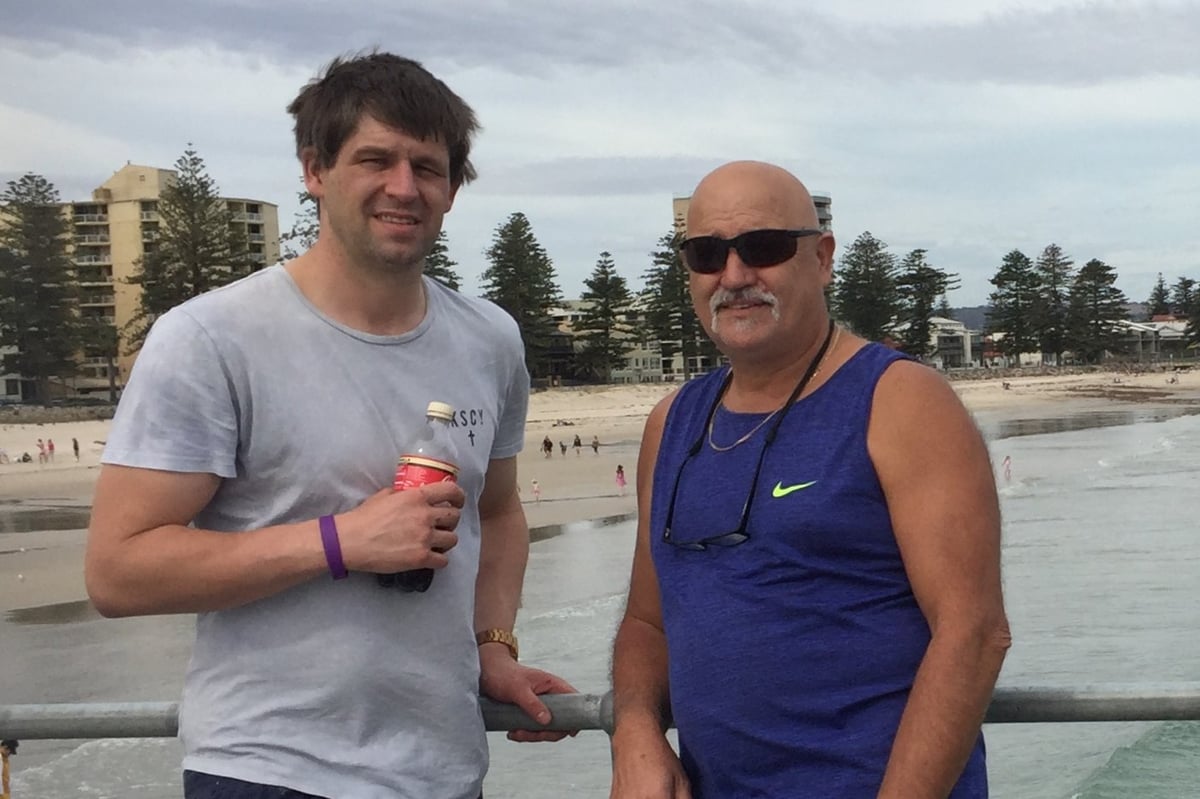 Jake with his father. Image: Supplied.

Over the years, Jake had been to rehab a number of times to treat his addiction. But during lockdown, there was a decreased capacity to do this.

In Victoria, rehab facilities were operating with restricted numbers due to social distancing requirements. According to the Victorian Alcohol and Drug Association (VAADA), 90 per cent of residential treatment services reported a reduction in bed availability.

Sam Biondo, the Executive Officer of VAADA, explains to Mamamia: “That created a ballooning of demand because of waiting lists, but there was also suppressed demand in terms of people not coming out to seek support during the lockdown period.”

Not only did the lockdown lead to decreased capacity for treatment services, but it also led to widespread increase in alcohol consumption.

According to VAADA, seven in 10 people in Victoria reported consuming more alcohol since the COIVD-19 pandemic began.

Jake was one of those people. For him, though, the consequences of drinking were particularly dangerous. 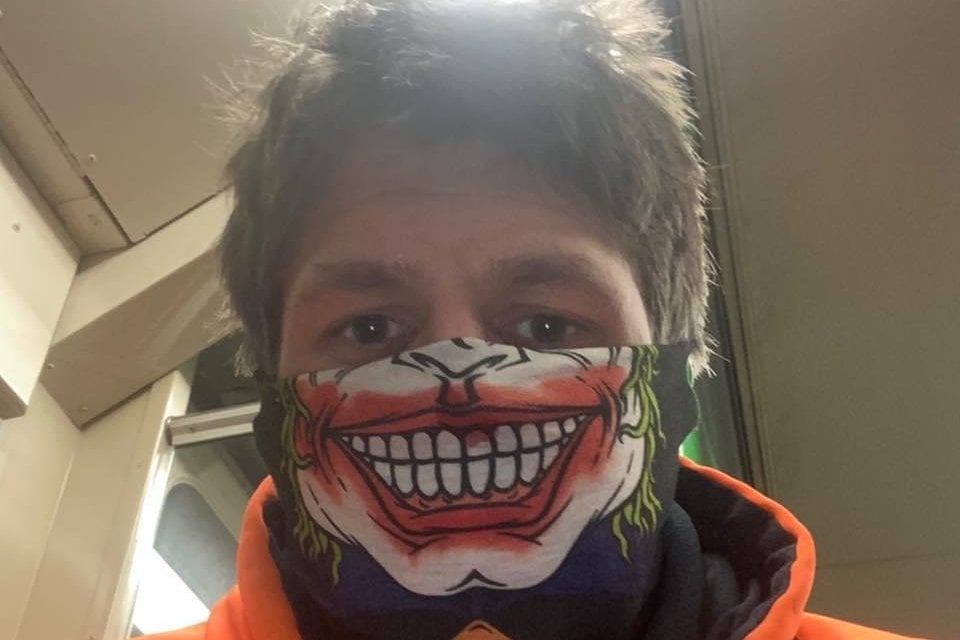 Jake wearing a mask during one of his work shifts. Image: Supplied.

In late August, Jake’s silence was once again cause for concern. For days, Elsie was in a daze of distress.

Then on the Wednesday evening of September 2, a message lit up her husband's phone. It was from him.

“By Saturday morning, we were just really concerned and sick with worry,” Elsie remembers.

In South Australia and unable to visit him, Elsie called the police to request they conduct a welfare check. It was about 8:30 in the morning, right before she went to her work in a local caravan park.

“I kept thinking, ‘surely they'll ring soon’,” she remembers. Elsie had her phone next to her on the desk, checking it every minute for an update on where her son was.

It was a woman from Victoria Police, who began by checking Elsie’s details and confirming she had requested the welfare check.

“The police have been around to Jake's place and they've found him,” Elsie remembers the woman saying.

“But then she said, ‘We found him deceased’.”

Sitting at the reception desk at her work, Elsie froze.

“It feels like a glass cylinder goes up around you and you're looking out and you're seeing but you're not really taking any notice of what's going on, you're just concentrating on those few words.”

Elsie wrote her boss a quick note and left it on her desk as she rushed out the door to tell her husband, Rudi Wertenbach. 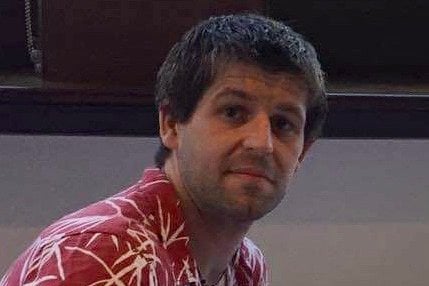 Jakes family will remember him as someone who is “extremely intelligent.” Image: Supplied.

Jake’s family is unsure how he died. The coroner is yet to conclude the cause.

They also don’t know when he died - only that it was sometime between September 2, when he last messaged his family, and September 5, when the police found him.

For the four days after his body was found, Elsie and Rudi drove 1800 kilometres to Bombala, New South Wales, where they come from. They had their son repatriated and were able to have a funeral of 100 people - excluding family members from regional Victoria.

They remember their son as someone who is “extremely intelligent”.

“He was someone that could have done anything with his life.  He was a very caring person towards his friends and family. So many people have said to me since his passing, he always checked in on them just to see how they were going.”

Jake’s family would not let him die in vain. One of his sisters, Heidi, decided to participate in the 2020 Sun-Herald City2Surf to raise money for Beyond Blue. At the time of publication, they have reached over $23,000, with three weeks to go before it ends. 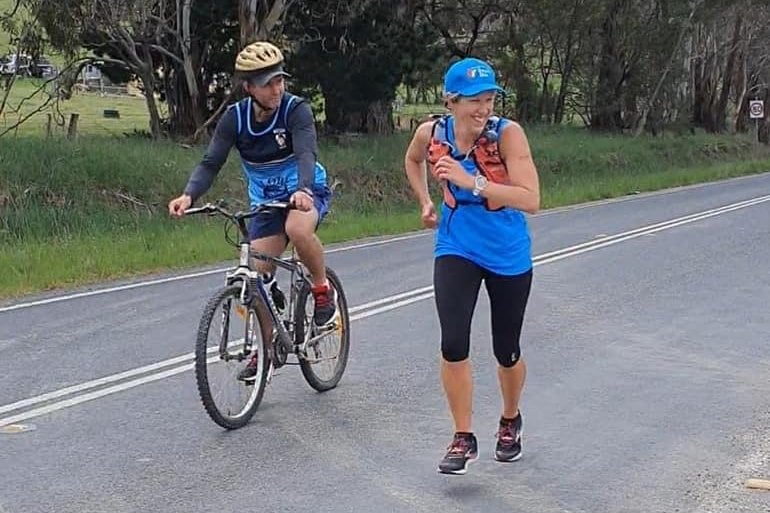 Heidi, Jake's sister, and her husband. Heidi has so far raised $23,000 for Beyond Blue. Image: Getty.

Two months on, Elsie says she has cried every day since her son’s sudden passing.

When millions of Melburnians recently emerged from isolation, Elsie felt a different emotion to most.

Her son is not counted in the country’s coronavirus death toll, but Elsie hopes to have him counted as a statistic in some way - to acknowledge he was a person who lost his life through this pandemic.

E
em_wb a year ago

Reply
Upvote
So heartbreaking. I have a family member who has dependency issues, so this cuts really close to the bone :-( No parent should live longer than their child.
H
heidikimber a year ago