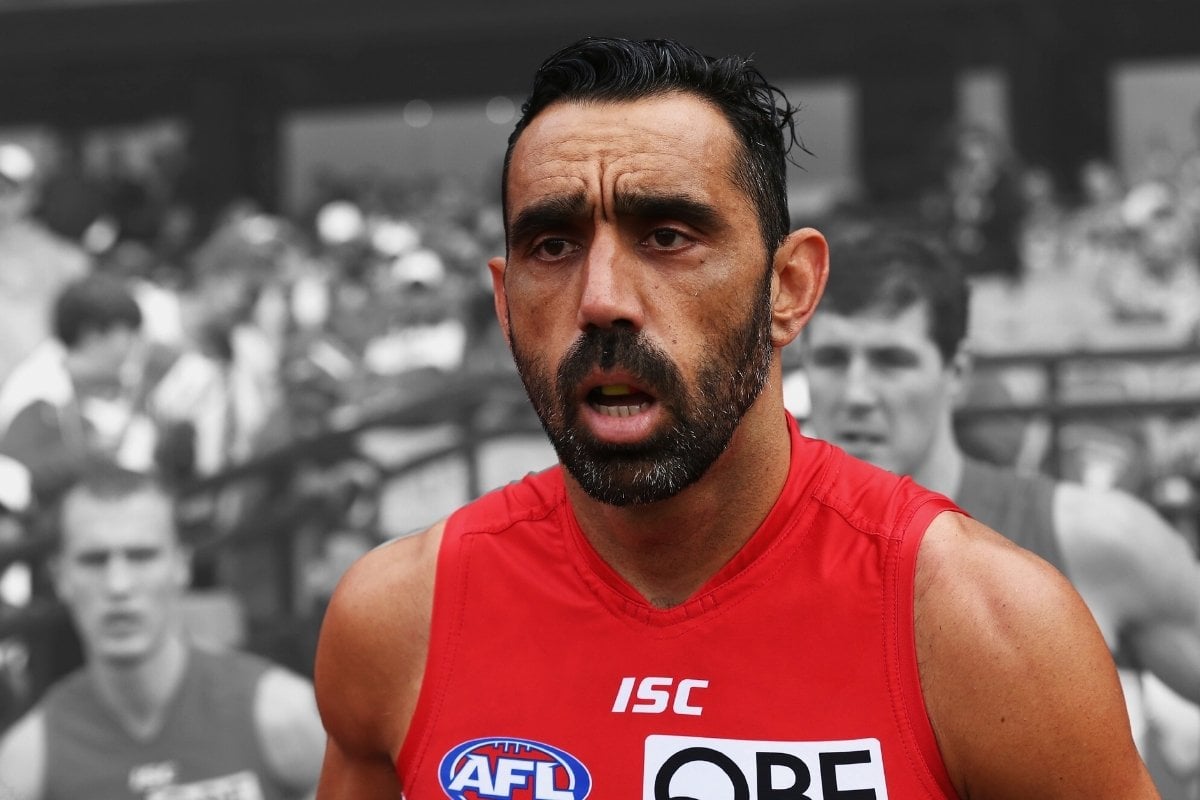 Former Sydney Swans star Adam Goodes was this year offered one of the most prestigious honours in AFL: a place in the Australian Football Hall of Fame.

The selection committee approved his induction in an unanimous vote. This is, after all, a man with two Brownlow Medals, two premierships and four selections onto the All-Australian team.

But Goodes is also a man who was vilified by elements of the press for standing up to racism, who was booed into early retirement by opposition fans in 2015, and who didn't recieve the full support of the league until it was too late.

And so, when offered that place in the Hall of Fame, Adam Goodes said no.

The Herald Sun broke the news of Goodes' rebuff on Tuesday, and the league later confirmed it, stating that the former player had "asked the AFL to refrain from outlining his reasons for rejecting the honour".

Not that an explanation is necessary. The mere act of his refusal says it all.

Adam Goodes is secure in his achievements. If he chooses to return to the fold, it will be on his terms, and not simply because a trophy is dangled in front of him.

The league has extended its hands to the Adnyamathanha man several times since his early exit from the sport. But it sat on them when it mattered most.

It all started after a match against Collingwood in 2013, when Goodes alerted stadium security that a 13-year-old opposition fan called him an "ape".

"It’s not her fault. She’s still so innocent," he said during a post-match interview the following day. "I don’t put any blame on her, unfortunately it’s what she hears. It’s the environment she’s grown up in.

The girl later phoned Goodes to apologise, to explain that she didn't know the term was a racial slur. But rather than seize the opportunity for a productive conversation about race in Australian sport, a powerful gaggle of shock jocks and columnists (think Alan Jones, Andrew Bolt, et al.) went on the offensive and asserted that Goodes had shamed the girl, that he was the one stoking racial division, that — as Bolt put it in one of several columns on the subject — "he carries on as if he were a victim".

Many opposition fans sympathised with this view, and they used the biggest platform available to them: the games themselves. A cacophony of boos rang out around the stadiums whenever Goodes walked onto the field or handled the ball.

When he celebrated a goal with a traditional war dance during the code's Indigenous Round in 2014, the hounding only intensified. 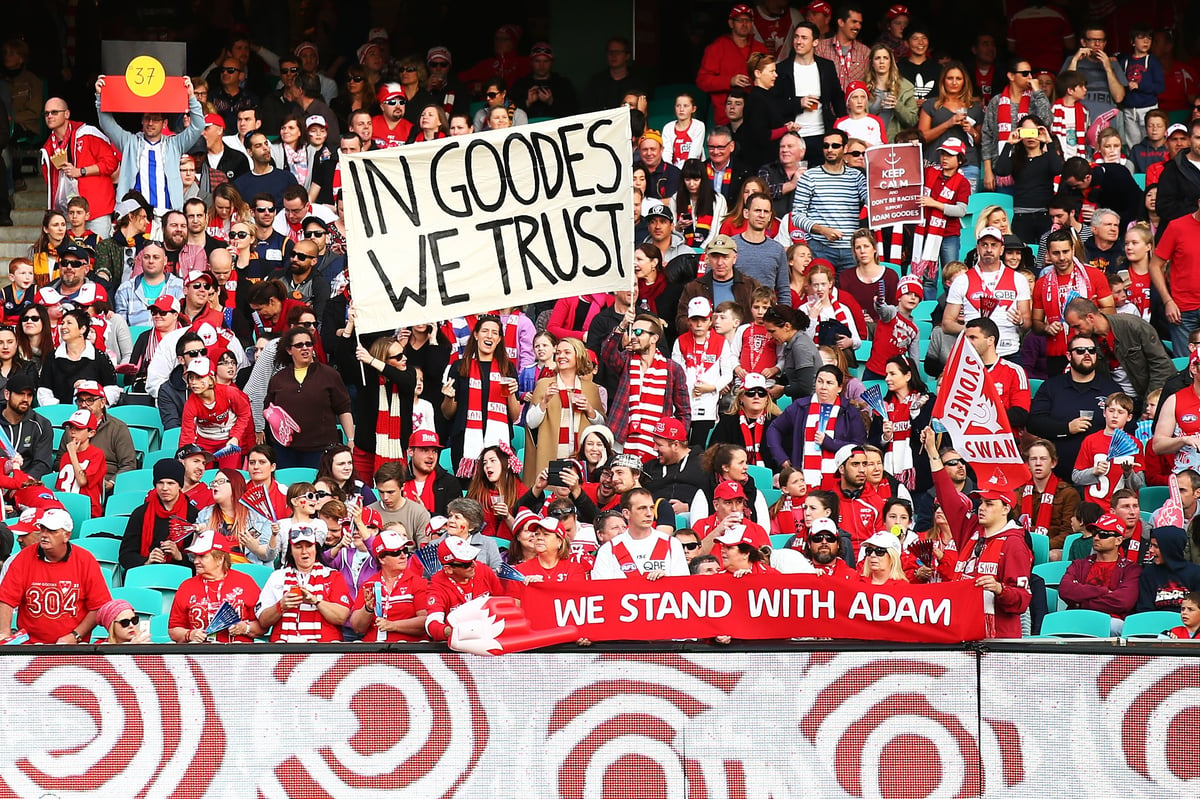 Through it all, the AFL said little. That August, CEO Gillon McLachlan asked fans to "refrain" from booing.

"I think we're at the stage where people don't even know why they're doing it," he said. "It's ugly, and it's having an impact. We've got great supporters, I can't tell them what to do but I ask them to consider that going forward."

The following month, after being booed until the final siren of the semifinal between the Swans and North Melbourne, Goodes announced his retirement from the sport.

He didn't even participate in the retiring players traditional parade following the Grand Final.

It took six months for McLachlan to apologise to Goodes on behalf of the AFL for its slow response to the booing controversy, and another two years for the league (including all 18 clubs) to issue an unreserved apology for not doing enough "to stand with him and call it out".

"We apologise unreservedly for our failures during this period," the statement read. "Failure to call out racism and not standing up for one of our own let down all Aboriginal and Torres Strait Islander players, past and present."

The league said at the time that it had "learned from this". And it echoed that sentiment when news of Goodes' Hall of Fame rejection broke on Tuesday.

Describing its 2019 apology as "too late", AFL Commission chairman Richard Goyder said the league understands and respects his choice not to accept the nomination.

"Adam remains a great champion and leader of our game who has given more to our sport than he received in return," Goyder said.

"We hope that there will be a time in the future when Adam will want to be connected to the game again."

At least now they know it's going to take more than an award.

Reply
Upvote
I was and still am angry about the behaviour of the fans and the AFL during those days so I can imagine how much more Adam Goodes feels the hurt. The approach to induct him to the Football hall of fame is like someone who has been repeatedly abused and has moved away from their abuser to be asked back by that person to "honour" them.  No effing way.  However I do hope (cos I bleed red and white) that one day Goodes will re-connect with the AFL in his own terms. He can be a great ambassador for the game and a voice against the pervasive nature of racism.  That's my hope as a white middle-aged fan of the swans and a father of two sons who identify as indigenous. Whatever decision Adam makes I'll always respect him and admire him.