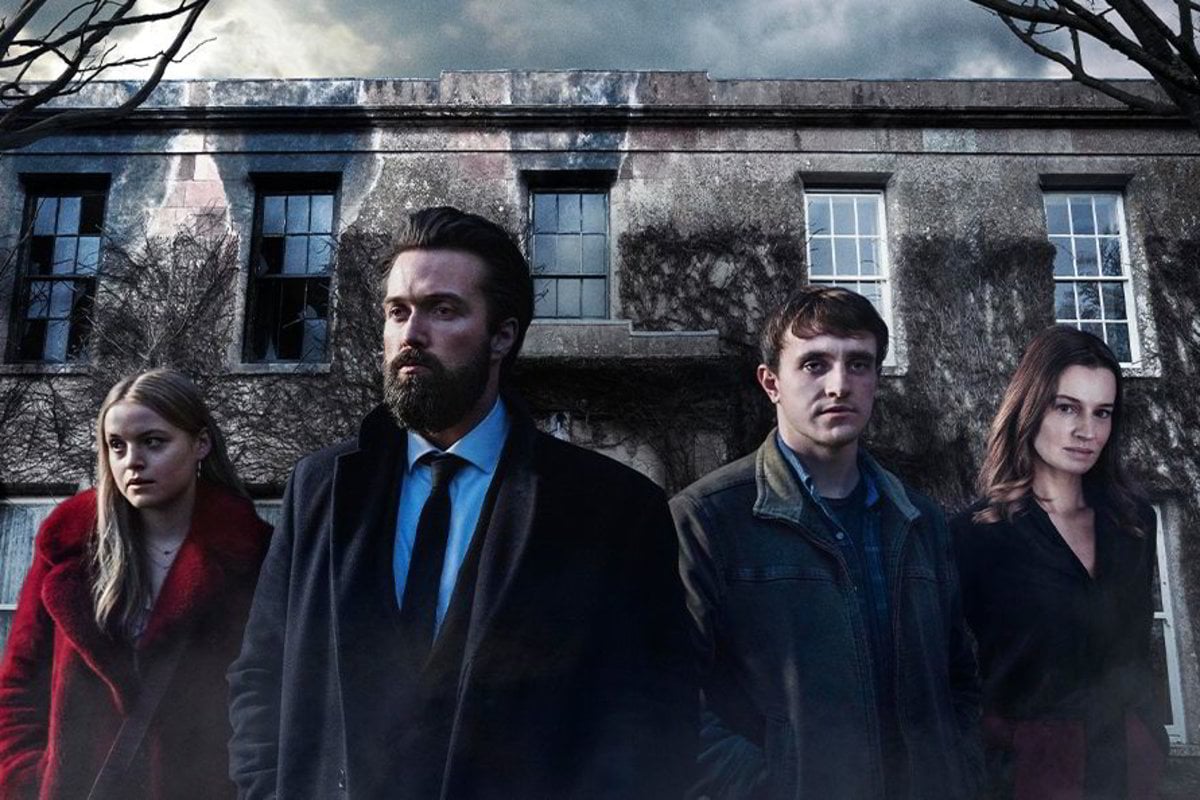 When The Deceived’s leading lady Ophelia Marsh first lays eyes upon a half-burnt down building in a remote corner of Ireland she muses in a voiceover that she should never have gone inside.

And as this new Stan psychological drama continues to unfold, the audience cannot help but begin to agree with her.

Written by Lisa McGee, known for her work on Derry Girls and The White Queen along with her husband, actor Tobias Beer, and produced by New Pictures – the production house behind The Missing and Catherine The Great – The Deceived is a story about lust, manipulation and betrayal.

While studying English at Cambridge University Ophelia (Emily Reid) begins to fall in love with her charismatic lecturer Michael Callaghan (Emmett J. Scanlan), who appears to have quite an overly familiar relationship with many of the students in his class.

Despite the fact that Ophelia is both intimidated by and impressed with his wife, the famous writer Roisin Mulvery (Catherine Walker), she and Michael begin to embark on a secretive and impassioned affair.

Until one day, when Michael disappears from the world of Cambridge and from Ophelia’s life.

Take a look at the trailer for the new Stan drama The Deceived.

With his upcoming book launch canceled and her calls and messages continually going unanswered, a bewildered Ophelia tracks Michael down to his family home in Knockdara, Ireland.

Their reunion is quickly soured, however, as Ophelia begins to feel gradually suspicious and suffocated by both Michael and the tightknit community of Knockdara.

There’s the seemingly easy-going local builder Sean (Normal People breakout star Paul Mescal) who seems intent on guessing her real reason for moving into Michael’s home, instead of accepting the guise that she work’s publishing.

In a less friendly role is Roisin’s suspicious mother Mary (Eleanor Methven), who is rightly aghast at the arrival of Ophelia and appears to know a lot more about her daughter’s troubled marriage then she initially lets on.

Ophelia, through a combination of strange apparitions and the discovery of concerned emails from one of Roisin's friends, begins to fear that Michael is hiding a dreadful secret from her.

For wife and husband writing team Lisa McGee and Tobias Beer, the idea for The Deceived first began to bubble away between them thanks to their shared love of old Hollywood thrillers.

"When we first met, we realised we both loved watching old Hitchcock films and other classic thrillers – Dial M for Murder is our favourite and we watch it every Christmas," Tobias said.

"Du Maurier’s and subsequently Hitchcock’s Rebecca was a big and unapologetic influence on this story. We went on holiday when our first son was only ten weeks old, and we ran out of these things to watch. And at that point, we started talking about how we might do a version of those films for episodic TV."

At its core The Deceived is a chilling thriller that, thanks to its unnerving storyline can be unsettling to watch, but it also veers slightly into the supernatural realm. Throughout the four-part series, viewers are left wondering if Ophelia's mind has just run away on her, or if there is something more ghostly at play.

"I’ve always been interested in ghost stories, which is uncontroversial," Tobias told Mamamia via a statement. "But I think what we wanted to look at is the ambiguity of people’s supernatural experiences.

"Lisa believes in ghosts – I don’t. Conversely, I’m more frightened of the idea of them than she is. I believe people think they see ghosts, and I believe that they have seen something that is real to them.

"But this is not to say that this is an objective reality, or that others would have the same experience were they there at the same time. So we wanted to do something that could be a ghost story, but equally could be explained without any recourse to the supernatural, which seems to me to be true of people’s experience.

"There’s always some Smart Alec with a rational explanation, but that’s not to say it’s not frightening."

The Deceived is premiering August 4 only on Stan, with new episodes available daily that week – same day as the UK.