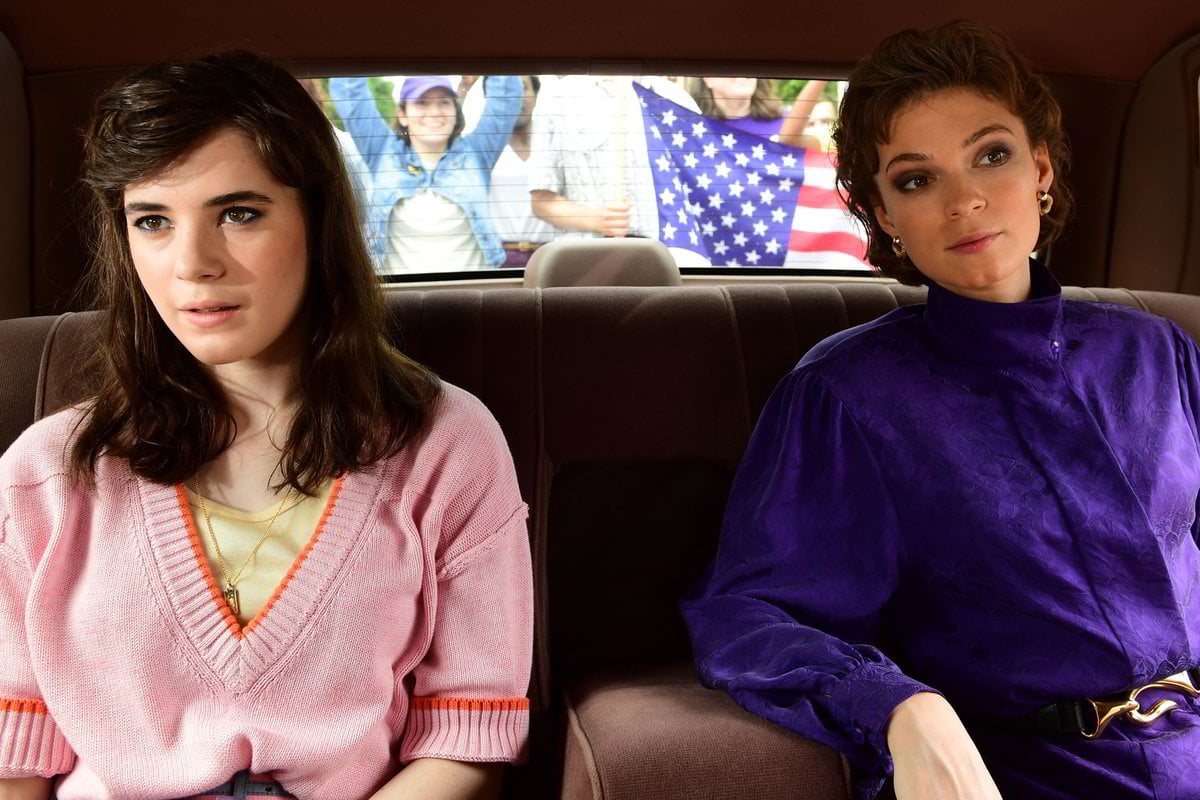 The Stan Original Movie I Am Woman tells the story of legendary Australian musician Helen Reddy, now aged 78, and her turbulent rise to international fame in the 1970s.

Directed by Australian filmmaker Unjoo Moon, who was inspired to tell Helen's story after a chance meeting with the musical legend many years ago, the movie tracks Helen's life from an aspiring singer and single mum in New York in 1966 through to her later years as a musical icon.

In order to cement her legendary status, there are many covert nods to her achievements carefully woven throughout the fabric of the film.

Here are four hidden details in Stan’s I Am Woman that show Helen Reddy's true legacy.

Listen to this episode of The Spill's Watch Club, Stan's I Am Woman Is The Film We All Need.

There's a beautiful moment in I Am Woman where Helen’s real-life granddaughter, Lily Donat, appears as a nightclub singer.

In the scene, Lily performs the song Revolution, which was written specifically for the movie by Australian music producer Alex Hope. According to the team behind I Am Woman the scene was explicitly created as an homage to the ongoing impact Helen’s song has had on generations of women.

When I Am Woman director Unjoo Moon first decided to tell Helen Reddy's story on screen, she envisioned it as a documentary. But as she delved deeper into the singer's career and family history, she realised it needed to be a feature film in order to really capture the essence of her journey.

However, a few documentary-style storytelling devices were still woven into the film, with archival footage used in the movie to map the extraordinary history of the Women’s Movement: the New York women’s marches, the 1989 march on Washington and even conservative activist Phyllis Schlafly.

In the opening scenes of I Am Woman Helen Reddy (played by Australian actress Tilda Cobham-Hervey) is rushing through New York City on her way to a meeting with a record label where she thinks she is about to be signed as an artist.

Take a look at the trailer for the new Stan Original Film I Am Woman.

Instead, she is turned away by a man who doesn't understand her music or what women really want to listen to, a recurring challenge Helen faces throughout the film.

Just before the meeting, Helen and her young daughter, Traci, pass a billboard with an image of a traditional 1960's housewife holding a screw-top ketchup bottle and declaring, “Even I can open it”.

It's a reminder of the way women are viewed in the world during this moment in time and what Helen had to face.

In I Am Woman Helen Reddy's voice is used throughout the film along with the voice of up-and-coming Australian singer Chelsea Cullen.

The team behind I Am Woman needed a voice that matched Helen Reddy's to use when Tilda Cobham-Hervey performs her music live in the film.

The film's music producer conducted a worldwide search for the right voice before finding a young woman from Western Australia called Chelsea Cullen who perfectly fitted in with Tilda's performance.

The Stan Original Film I Am Woman is available to watch now exclusively on Stan.