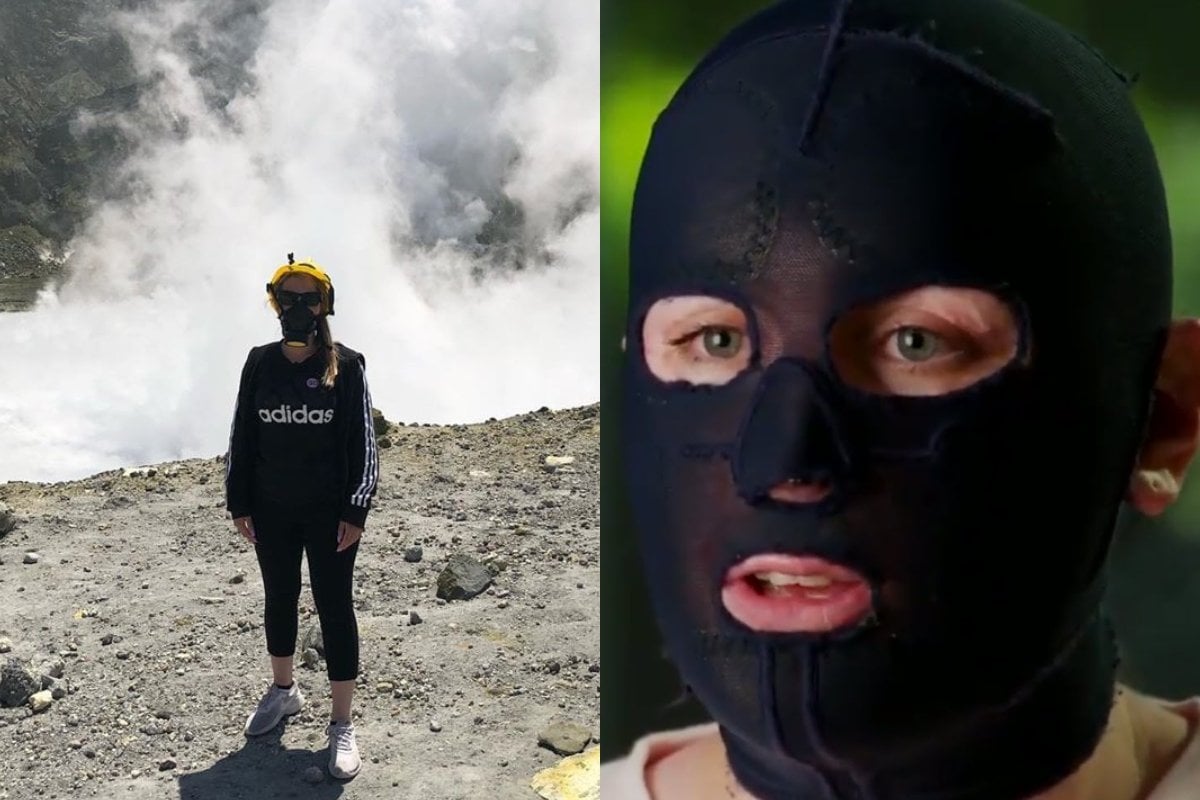 On December 9, 2019, 47 unsuspecting tourists and tour guides were on Whakaari / White Island when the active volcano erupted.

Closest to the crater was the Browitt family; daughters Stephanie and Krystal and father Paul.

At first, they didn't realise what was happening and took photos of the smoke coming out of the volcano. A few seconds later, a tour guide screamed.

On Sunday, Stephanie Browitt spoke to 60 Minutes about that moment, and the 11 months since.

"You could hear the sound of all the rocks hitting the ground and people just screaming because no one knew what to do," Stephanie, 24, recalled.

"Everyone was just petrified. And then when it hit, it was just darkness. I didn't think I would survive. I thought I was going to die. It was just rolling me over, the force was just that strong, that my whole body was being shoved and pushed and rolled onto the ground. I was just hitting things while getting burnt at the same time.

"It was the most terrifying moment of my life. The ground was burning hot. And I could tell I was burnt really badly. I could see my hand and I could see nails hanging off and skin loose."

Stephanie remembers the sound of her dad calling her name multiple times in the hour between the eruption and their rescue.

"I realised he was checking up and making sure I was still awake the whole time.

"I was just so happy to hear his voice because I thought I'd lost him."

With the volcano visible from New Zealand's Bay of Plenty, the eruption became quickly obvious on the mainland. In the town of Whakatāne, Kahu Air helicopter pilots Jason Hill and Tom Storey headed straight for the island.

Just an hour after the eruption, local helicopter pilots Jason Hill and Tom Storey are trying to help badly burnt victims. Told paramedics aren’t coming, they are the survivors only hope. #60Mins pic.twitter.com/bTrMcFONtR

The pilots landed their helicopters close to the volcano crater an hour after the eruption and believed professional help was not far behind them.

But a fleet of 11 search and rescue helicopters remained at Whakatāne, with authorities not sending them straight away due to safety concerns.

Tour operators and vessels that had recently left the island returned following the eruption, rescuing several tourists from the edge of the island before escaping the ash plumes.

When Hill and Storey landed an hour later, Paul managed to get their attention. Paul and Stephanie were among 12 people transported from the island in their helicopters.

Two-and-a-half hours later, a professional rescue helicopter carrying paramedics and St John Medical Director Dr Tony Smith arrived - but by that time, all the survivors had been removed. 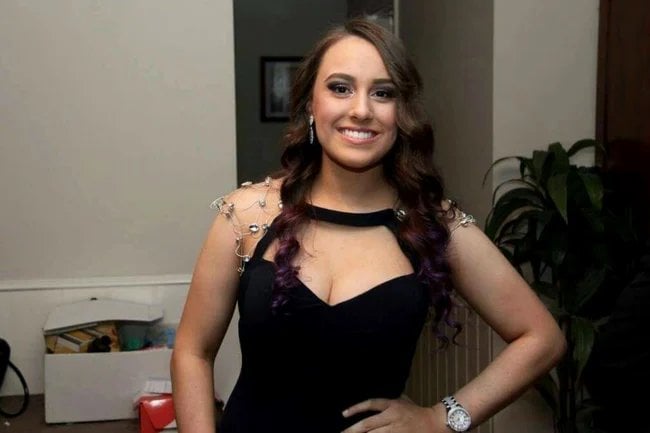 The body of Krystal, who had just celebrated her 21st birthday, was recovered from the island days later.

Stephanie told 60 Minutes she wouldn't be alive if Hill and Storey hadn't leapt into action.

"Those helicopter pilots are heroes because that's not their job. They didn't sign up for that. And they still chose to put their lives at risk for us," she said.

The survivors felt they were left for dead by rescuers and believed more people could've been saved if they'd arrived sooner.

"We have reflected knowing what we know now, we could have flown to the island earlier," he said.

"But had we gone to the island sooner, I'm absolutely medically confident... unfortunately we were not going to save any more additional people."

Stephanie found out the fates of her family after waking from a coma.

"I found out that my sister had passed away after I'd awoken from my coma," Stephanie told 60 Minutes.

"It haunts me not knowing what she went through, and it upsets me knowing that I wasn't there with her."

"It broke me a little," Stephanie said.

"I wish I could thank my dad and tell him that he was a hero. I wish I could just let him know how amazing his actions were on that day.

"Sometimes I just question why I'm here. Why was it me out of everyone?"

21 people died as a result of the Whakaari / White Island eruption.

Stephanie suffered burns to 70 per cent of her body, including her face, arms, legs and back. She's undergone more than 20 surgeries and has eight fingers amputated since December 2019.

16th March, The day I left the Alfred and said bye to everyone. This team and so many others who couldn’t make it in the photo became like family. During the toughest time in my life and through so much pain and tears, these nurses and surgeons helped to cheer me up and constantly make me laugh. I can honestly never forget them because the amazing impact they’ve left on me is huge. They never stopped cheering me on from ICU to the burns ward and to the day I left. As they impacted me, many told me through tears how much of an impact I’ve had on them. To know that means so much to me. The great, fun memories they’ve left me sometimes makes me wish I was still there. I know I sound crazy right? 😂 I could honestly feel how much they truly cared for me and wanted me to succeed. They put up with so much from me and always had a smile on their faces. They’d take me outside and sit with me for hours, buy me hot chocolates and food, visit me even if they aren’t working in the burns area or working at all, wake me up last out of their other patients (they knew I loved my sleep)🤭, stay up with me all night and talk about anything, play pranks with me and let me pick on them just as much as I’d let them pick on me.. the list goes on. I’m honestly so grateful to have been treated and looked after by all of these people, my now second family. I really couldn’t have been in safer hands. Thank you so much to everyone at @thealfredhospital that helped me push through and keep going. 💖💖 (I still couldn’t flatten my R foot there, as the scarring was still tight with my leg / ankle. I also couldn’t keep my legs together as my balance was still off. ) #icu #burnsward #6west

Stephanie told 60 Minutes she finds strength from her family, and the memory of her dad and sister.

The Browitt family were holidaying onboard Royal Caribbean ship Ovation of the Seas when they made the day trip to the active volcano.

Among the 47 people on the island at the time of the eruption, 38 were passengers and crew from the ship.

Two weeks before December 9, New Zealand's volcanic monitoring authority had increased the volcano's warning level to level 2. This marked the highest alert level before an eruption took place, and indicated "moderate to heightened volcanic unrest" with the "potential for eruption hazards". 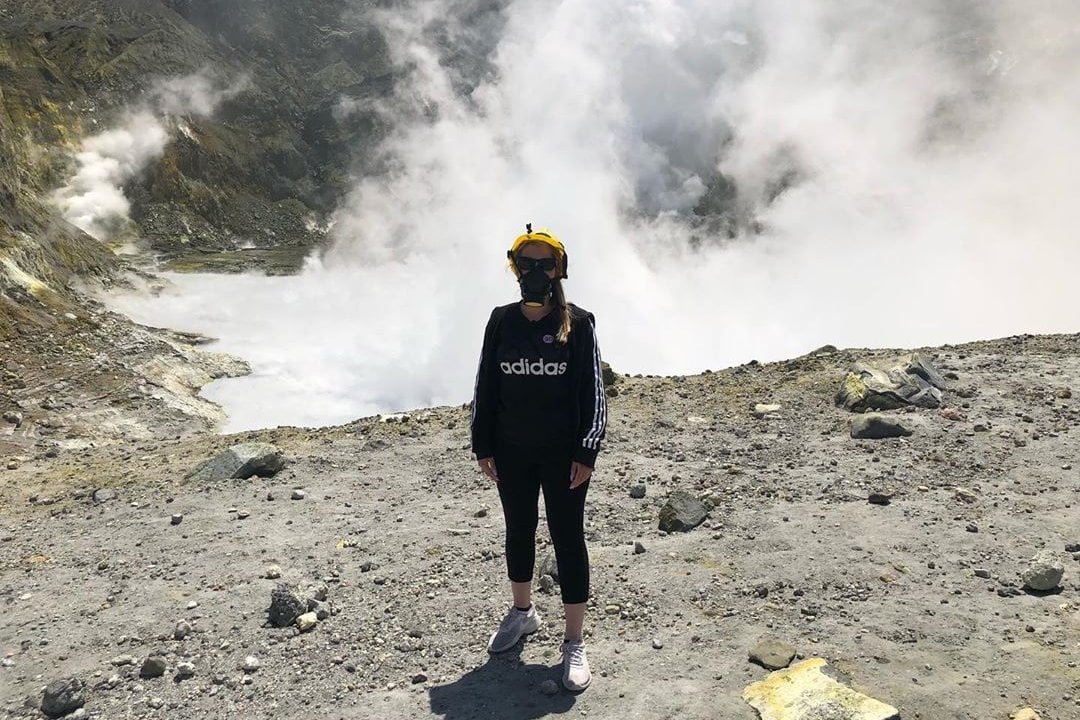 Stephanie told 60 Minutes neither the cruise company nor tour operator told the cruise ship tourists about this increased risk.

"It really hurts and upsets me and frustrates me that we weren't told," Stephanie said.

"It's a major factor in making an informed decision about going on the island and visiting it. And it's just such a huge piece of information to be left out."

Lawyer Peter Gordon is suing Royal Caribbean on behalf of the Browitts.

"They failed. They let their passengers down. They let families down, they let the Browitt family down. We've lost Krystal Browitt and Paul Browitt as a consequence of it," he explained.

"Their standard of conduct goes beyond negligent, to what seems to me to be a wanton and reckless indifference to what was going to happen on that island."

Royal Caribbean did not comment on the legal challenge, but told 60 Minutes its "hearts go out to all those affected".