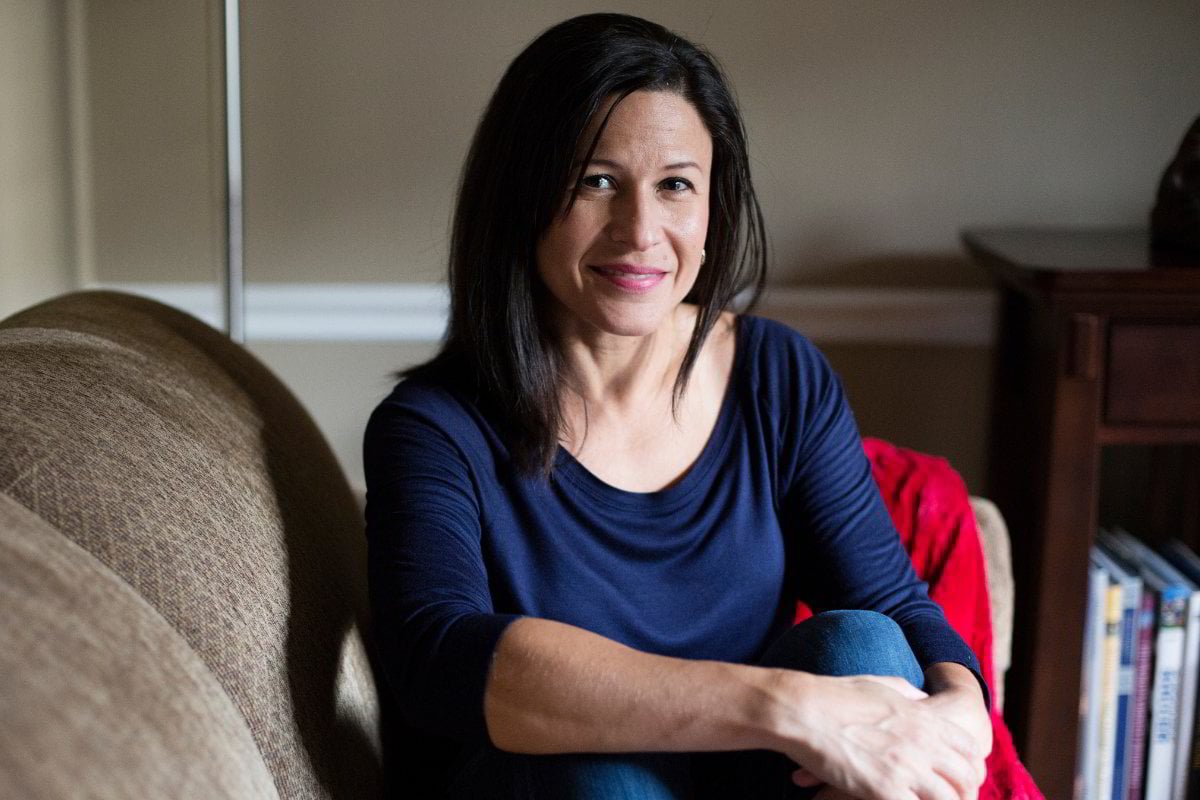 As told to Phil Brandel.

Nobody walks down the aisle thinking it won’t work. I certainly didn’t. If you had told me 20 years ago that I would be divorced three times before I was 45, I would have laughed in your face. I’m a serial monogamist, and I love love.

But now, three marriages in and with my third divorce becoming final next month, I’ve learnt a lot about men, relationships and myself.

I first got married when I was 27, he was six years older than me and a bank manager. Him being older and a professional was really attractive to me.

Side note: Here are the things people never say at weddings. Post continues below.

Not long after getting married I got invited by a local radio station to enter a local stand-up comedy competition. At the time my husband told me not to enter because he said I 'wasn’t funny.’

First prize was a trip to Scotland for two. I told him if I won, I wouldn’t be taking him but If I didn’t win, he would get to be right forever.

So when I won the competition I took my brother, and I got to perform at the Edinburgh Fringe Festival. The whole experience lit a creative fire underneath me, and when I got back the radio station offered me a job. This upset my husband as we both had serious jobs, and he wanted a serious wife and family.

Not long after that I got offered a job hosting my own radio show in Far North Queensland. I wanted to go, and he didn’t.

Moving for a job that I loved didn’t end the relationship — it was just the final straw. The longer we were together, the more apparent it became that we didn’t have a lot in common.

He wanted to remain very serious and have the perfect wife at home, while I was exploring more fun career options. Looking back, if I had knocked back the radio opportunity I would have ended up resenting him.

That relationship itself lasted about seven years, but we were only married for two.

Husband number two, I met at a party. We dated for about three years and then got married. I really loved him and I wanted to marry him and he wanted to marry me but unfortunately he also wanted to see other women on the side, so that was never going to work.

At the time there was lots of arguments and anger. Both of us were drinking way more than we should have. I never caught him physically cheating on me, but the text messages were so intimate it made me believe he was. By the time I was 36, marriage number two had ended.

The really strange thing was, he was the one who had been cheating on me, but it was him who ended it.

Husband number three, I met online. At the start he was funny and caring and attentive.

There was an instant spark and connection; we dated for four years before I walked down the aisle in 2016.

He was quite introverted and he found me and my job exciting and social, something that he was lacking.

But after a while the excitement over my career and social life wore off on him and he became quite abusive and controlling.

Over time, without me realising it, he started controlling my finances, tracking me on my phone and planting seeds that my friends didn’t like me. He would say horrible things about my family, and told me that his family didn’t like me.

At the time, I didn’t realise that verbal abuse was actually a form of domestic violence.

It was textbook gaslighting over a period of seven or eight years. He stripped so much of me away. After a while, I really did start to think I was crazy.

One day I said to him I feel like you don’t even like me and he said, ‘no, I hate you.’

I remember thinking what am I doing with someone who doesn’t even like me?

The next day, he went to work and I packed my bags and moved in with a friend.

The hardest part of this break up was that I could no longer see his children. I had no children of my own and enjoyed helping bring up his kids.

So looking back, what have I learnt? Now if I see warning signs, I won’t stay.

I don’t think I could mother other's kids like I did in the past, because the breakup is just way too painful.

After a few years of therapy, I’ve forgiven myself for accepting that level of abuse. I’m also a lot kinder to myself for the choices I made.

A lot of people ask me, do I hate men? Some people expect me to be jaded and unable to trust, but that’s not who I am. I’ve always enjoyed the company of men - I have a partner now and I’m learning to trust again.

The mistakes you make in life you have to be ok with otherwise you’ll spend the rest of your life miserable and beating yourself up.

I allowed a lot of the bad behaviour to continue. I wasn’t blind to what was happening but I wanted to make it work.

I made those decisions. I decided to marry these men, and I made the choices. It’s all been my responsibility but I’m not going to be a victim to my choices.

Reply
Upvote
I don’t understand why anyone would ask if you hate men,  as you say it’s about your decisions not theirs. The bigger question is why are you attracted to shit people as relationship partners.  Men and women both behave this way, your first marriage sounded fine but then you changed direction, that wasn’t his fault and he had healthy boundaries it seems, unlike the writer.
J
jbuff22 6 months ago

Reply
Upvote
Thanks for writing this! I’m in my third marriage and there’s been emotional infidelity from the start and I’ve been holding onto resentment over 4 years and it’s felt like it was over and then he did it again. Just so much lying too, but I’ve held on for so long, not wanting to have another failed marriage. Reading this has helped solidify what I need to do.
Resources
Very Peri
News
General
Opinion
True Crime
Politics
Sport
Explainer
Entertainment
Celebrity
Reality TV
Movies
TV
Books
Rogue
Royal
Lifestyle
Beauty
Fashion
Weddings
Home
Wellness
Health
Fitness
Travel
Food
Family
Before The Bump
Pregnancy
Baby
Kids
Teens
School
Parent Opinion
Work & Money
Money
Finance
Career
Lady Startup