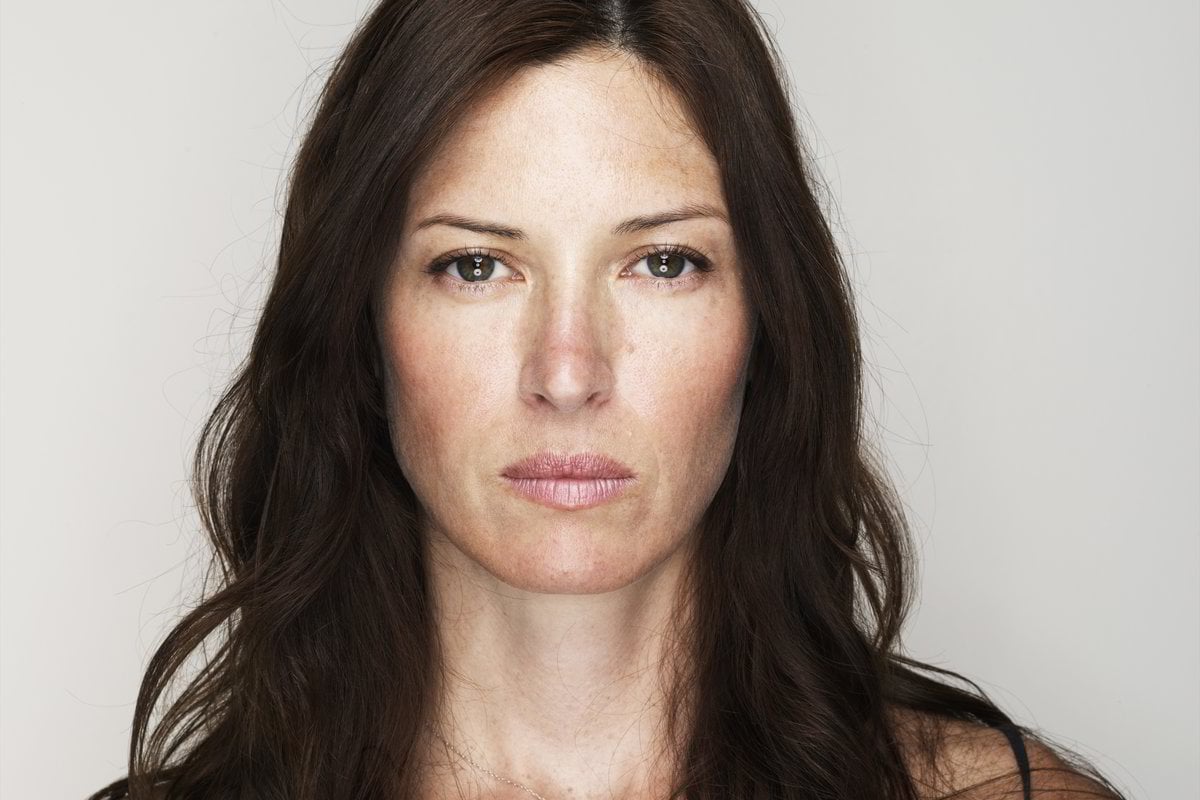 For most of my life, I never thought too deeply about the question: “Is it wrong to date your best friend’s ex?”

After all, there seems to be an unspoken rule that such drama is best avoided. Plenty of relationship experts agree dating a close friend’s ex can lead to problems. “I guarantee your friend is going to feel you’re being disloyal,” writes dating guru Joy Browne, for example.

But recent life events involving my best friend and my ex-husband have taken me by surprise. They’ve forced me to confront my assumptions about whether it’s ever ‘okay’ to date a friend’s ex.

Last summer, my best friend, Nina, said she had something important to tell me.

When I arrived at her place, she asked me to sit down for the news. I obliged, feeling like a patient about to receive a terminal diagnosis. Silently, Nina took her seat opposite me. I caught a twinge of apprehension in her grey eyes as she tried to read my face.

“Jeez, enough suspense!” I laughed skittishly. Her wariness was unnerving me. “You sound like you’re expecting a blowout.”

Nina sighed and looked down for a moment. “I have to be honest, Angie… I’m not expecting you to take this well. You have a tendency to behave hysterically sometimes.”

I’d describe myself as an emotional person — not necessarily a hysterical one. Her words stung because I disagreed with them, but I tried not to feel offended.

Instead, I kept my voice even, despite my skyrocketing pulse. “I’m calm, Nina. It’s all good. You can tell me.”

Nina fastened her hand over my wrist. Her manicured nails rested on my skin. “I know your love life’s been a little rocky lately, so I don’t want to seem like I’m rubbing this news in your face.”

“Will you spit it out?” I begged. What did my love life have to do with anything?

Nina took a deep breath and closed her eyes. She carried on speaking to me without re-opening them, as if she was too overcome with emotion to look at me.

“The news I have to tell you … it’s about me and Jayden.”

Shock flared in me at the sound of my ex-husband’s name. It intensified as Nina continued.

“Jayden and I… we’re in love. We saved each other. We have this spiritual connection. We don’t want to hurt you, Angie, but we’ve never felt like anything like this. We’re a couple now.”

She opened her eyes to gauge my reaction. “Can you find it in your heart to be happy for us?”

Nina played an important role in my divorce

Nina and I have known each other since we were five years old.

I met her at school in February 1990. I was standing shyly at the edge of the playground.

She grabbed my hand and led me to where the other girls were playing hopscotch. The eldest of three siblings, she’d already learned how to take less confident others under her wing.

After that, I looked for Nina in the playground every day. We survived high school and several drunken college years together. I’ve got albums filled with photo after photo of our raucous sleepovers and parties.

Her friendship saved me. In my early twenties, after my childhood sweetheart left me, it was Nina who coaxed me not to give up on life. She stroked my hair while I sat naked and broken in the bathtub, contemplating a packet of razor blades.

Later, following my first abortion, I sobbed all over again into the soft familiarity of her body. She nursed me out of the depression that plagued me for months afterward.

Say what you will, but Nina was my rock throughout the years. I saw her as a badass lioness of a woman. Her tough motherly love and strong moral compass made her my hero and guiding star.

Nina was my maid of honour

I must add than Nina was more than merely a comfort in my sorrows. We shared plenty of good times, too.

When I married my partner Jayden in 2011, Nina was the maid of honour at my wedding. (She also caught my flowers in the bouquet toss). Meanwhile, I cheered her on as she rose through the ranks at her accounting firm, securing raises year after year.

Nina told my husband about my infidelity

Nina’s always been the best friend I’ve ever had.

That’s why when I made a terrible mistake and cheated on Jayden, it was Nina I eventually confessed my sin to. She always wanted me to face my fears and demons, to do what was right even when “right” meant difficult.

So on some level, it didn’t surprise me when she gave me an ultimatum the night I confessed. She warned: “Either you tell Jayden you cheated, or I will.”

When I chickened out, Nina spilled the beans in a phone call to Jayden. That revelation prompted him to file for divorce.

Some would call Nina’s actions harsh, but deep down, I was grateful for her decisiveness. She didn’t want to see me stuck in an unhappy marriage any longer, burdened by my guilty secret.

I felt a strange, new emotion toward Nina

Now here Nina was — six years after my marriage had ended — telling me how she and my ex-husband were in love and had “saved each other.”

Sitting in her kitchen, listening to her words, I felt a strange, new emotion toward Nina. It certainly wasn’t gratitude. It was suspicion.

I wasn’t aware she’d maintained contact with Jayden for so many years after my divorce.

Plus, I couldn’t help hearing a personal insult hidden in her phrasing.

What exactly had she and Jayden “saved each other” from?

Was she implying they’d saved each other from me?

I almost threw a hissy fit… but I didn’t

My suspicion could have gotten the better of me that day.

For a moment, I felt tempted to throw a hissy fit, to accuse Nina of some long-standing plot to take my husband from me.

But before my anger took hold, I realized how ludicrous that would be.

What right did I have to accuse Nina of “taking” my husband from me?

I gave him up myself the day I cheated on him. Indirectly, I created the circumstances that led to Jayden being available.

If Nina and Jayden ended up falling in love afterward, did I have anyone to blame but myself?

Good matches ought to be celebrated

And in any case, why was there a need to blame anyone?

Wasn’t love something to celebrate? The more love in the world, the better. If Jayden was happy with Nina, and she with him, then such news warranted joy, not anger.

Besides, Jayden and I were never right for each other. I knew Nina would be a better partner to Jayden than I had ever been.

They “found love in a hopeless place”

Sure, it hurt to hear Nina implying that she and Jayden saved each other from me. But if she felt that way, why should I take issue with her truth?

In reality, my infidelity had traumatic consequences that affected everyone in my life. After I cheated, I kept it a secret for two years and used alcohol to numb my guilt.

I was a wreck the whole time, yet I was too drunk to see how much I was distressing everyone close to me. Maybe Nina and Jayden were able to support each other at a time when I could only offer them pain.

As the Rihanna song goes, they “found love in a hopeless place.” Was that such a bad thing?

The best thing I could possibly say about my infidelity is that it had the unexpected outcome of bringing two well-suited people together.

Thinking of it that way actually makes it a little easier to forgive myself for it.

Is it ever okay to date your best friend’s ex?

I can’t speak for everyone else, but based on my own experiences, I would answer ‘yes.’

1. Enough time had passed since my divorce.

I got divorced in April 2013. Nina broke the news about her relationship with Jayden in 2019.

Six years may not sound like a long time in the grand scheme of things, but Jayden and I had a relatively short marriage. Many of my open wounds had already healed and closed. I had no desire to cling to the past.

2. I was genuinely over Jayden.

In fact, one might argue I never loved Jayden as much as he deserved. Otherwise, I wouldn’t have subconsciously sabotaged our marriage by cheating on him.

In a way, I felt glad Jayden was showing signs of moving on. It was a relief to know my actions hadn’t put him off love forever.

3. I wanted both Jayden and Nina to be happy.

I still remember the look on Jayden’s ashen face after we separated and I came to move my stuff out of our apartment.

If a new relationship will in any way diminish the pain I caused him, I want him to experience that relationship. That man deserves all the love the universe has to offer him.

Throughout her life, Nina’s had enough pain of her own to contend with, too. Both her parents died when she was nineteen. She’s spent a long time looking after her little sister, who’s been in a relationship with a violent man for years.

Frankly, I don’t know anyone more worthy of joy than Jayden and Nina. And if they’ve found that joy in each other, so be it.

“We don’t own the rights to our old lovers.”

Mariella Forstrup, agony aunt for a widely-read British newspaper, wrote a piece in 2016 about the issue of dating friends’ exes. She maintains it’s not always unreasonable or treacherous to do so.

Summarizing my position perfectly, she says:

“We don’t own the rights to our old lovers … I’ve never understood why we aren’t more generous with them. Once we’ve established that a girl or a guy isn’t for us, is it not then just an act of friendship to look around, identify a grateful recipient with potential chemistry, and pass them on?”

I know some people won’t understand this view. Many will feel incensed on my behalf, and insist that Nina “played” me somehow. Indeed, some of my other friends have told me that Nina meddled in my marriage with malicious intentions.

I’ve thought about it, and ultimately, the idea doesn’t bother me too much.

Did Nina want Jayden all along? Possibly.

But will she make a better partner to him than I did? Almost certainly — and that’s the crux of the matter for me.

I may be well within my rights to accuse Nina of foul play. But I’m not exactly an angel myself. With my history of infidelity, I know just how messy relationships can be.

So I’m not too fussed about how Nina’s love for Jayden came to bloom. All that matters to me is the present.

If my best friend and my ex-husband are destined to have a happy relationship, I choose not to hold it against them.