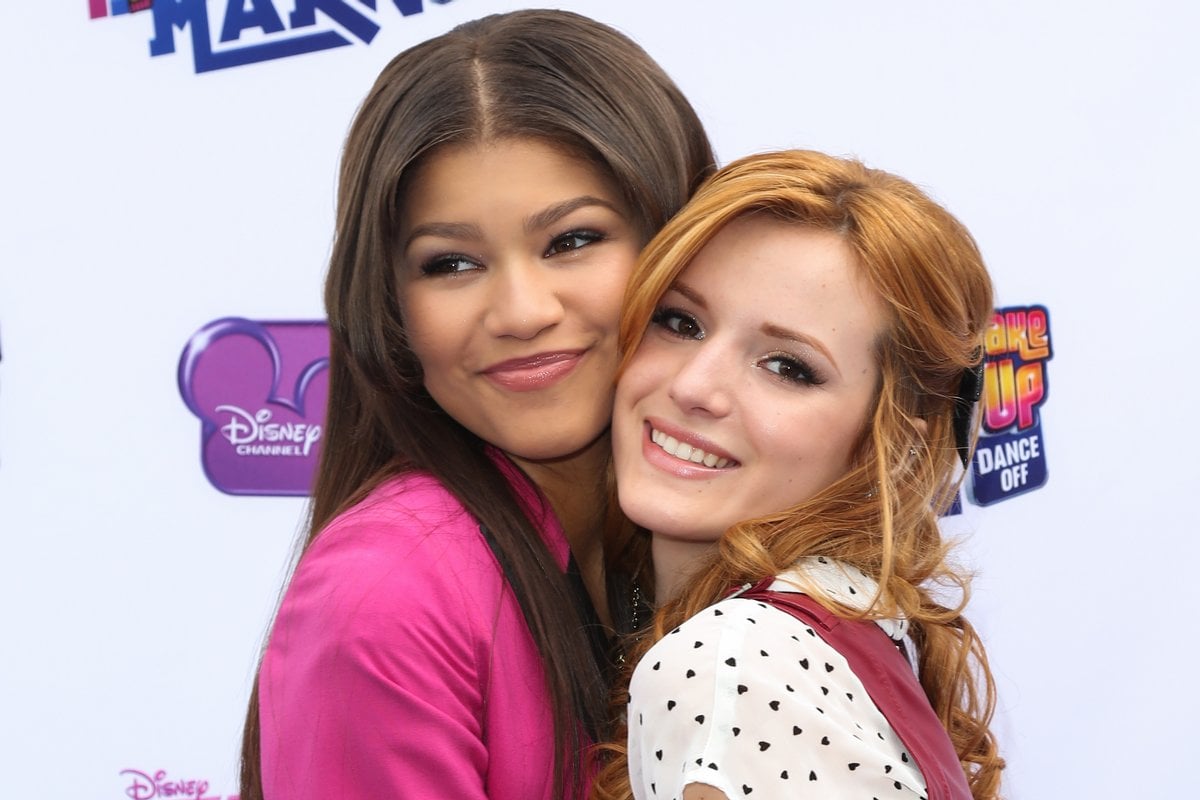 In 2010, Zendaya and Bella Thorne met on the set of Shake It Up.

The actors have since spoken about how they were pitted against each other while filming the first season of the hit Disney show. While filming season two, the pair bonded over the competitive atmosphere on set and soon became close friends.

However, rumours of their apparent "feud" have followed them throughout their careers.

Watch the Season One trailer of Euphoria, which Zendaya stars in. Post continues after video.

Below we unpack the complicated friendship between the two Shake It Up stars:

Zendaya and Bella Thorne on Shake It Up.

Thorne says their relationship was rocky to begin with because they were constantly pitted against each other.

“Zendaya and I were put in a very unfortunate position where we were kind of forced to compete against each other [during Shake It Up], which made the whole first season of the show just very awkward for us,” she told J-14 in 2017.

But despite the efforts to create a competitive dynamic between them, Zendaya and Thorne eventually became close friends. 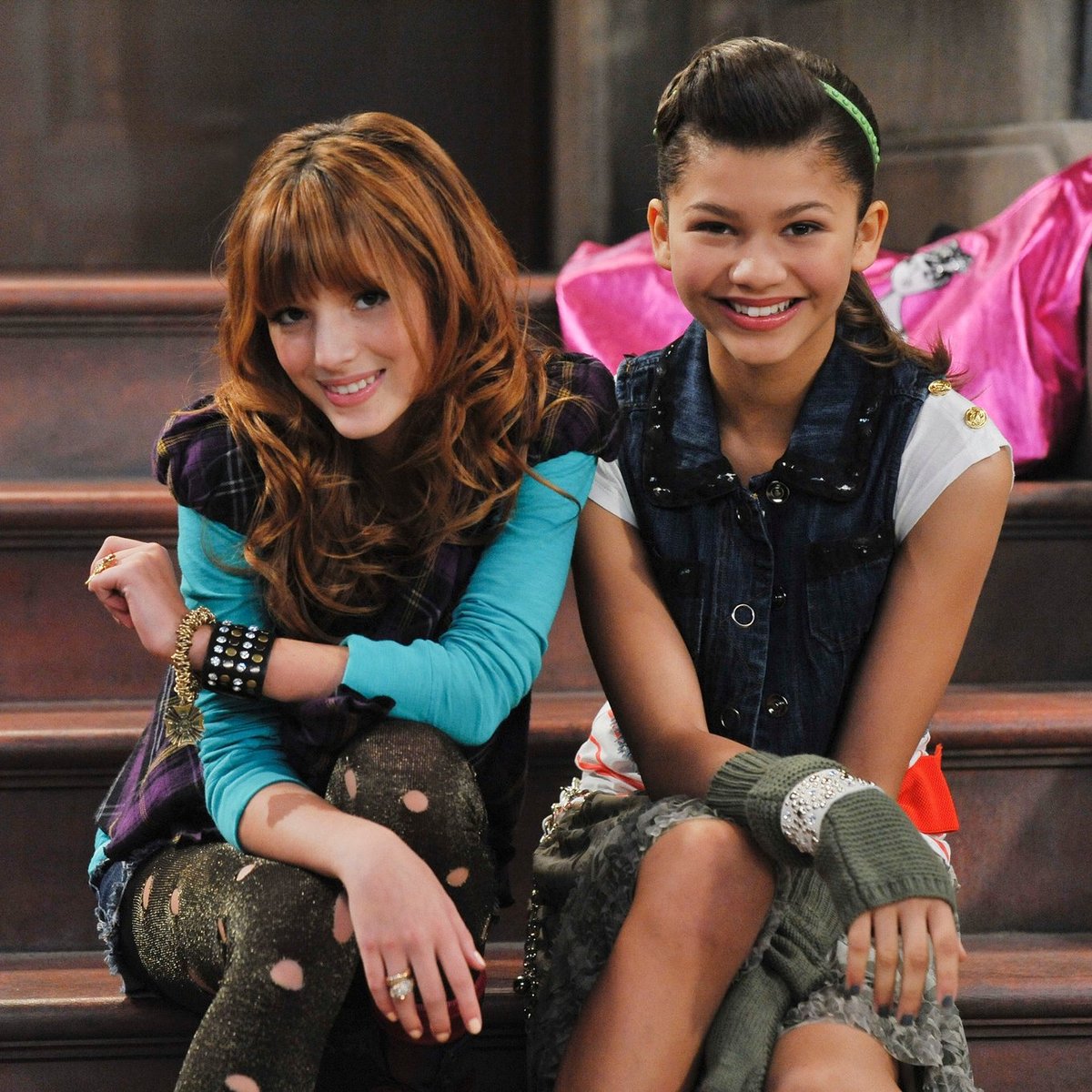 Zendaya and Bella Thorne in Shake It Up. Image: Disney.

"And then, second season, we kind of just had this tell-all talk where we started crying and really just put everything out there on the table, and that’s when we became best friends," Thorne said.

Once Shake It Up ended, Zendaya went on to star in her own hit Disney show K.C. Undercover and Thorne had a starring role in the Adam Sandler's 2014 movie, Blended.

While they were no longer working on the same show, the friends often attended events together, and Thorne even guest starred on K.C. Undercover.

“We text each other all the time, and we’re always sending photos back and forth,” she told J-14 in 2017. “Being on set with her again was awesome, just to have my Z back, and to see how much she’s changed and how some of the things that I used to say, now she’s saying… It’s so weird, but yet I love it!”

"You make me laugh non-stop 24/7," Zendaya told Thorne in a joint Tiger Beat YouTube interview while on the series' set. "Everything's a joke... literally everything. She could be just looking at me and just make me laugh, which is probably the best part."

Zendaya and Bella Thorne's friendship after Shake It Up.

Zendaya and Thorne had very different experiences in Hollywood after Shake It Up.

Zendaya's star continued to rise, and she became a bit of an IT girl. Meanwhile, Thorne was labelled a 'diva' during her time on Famous In Love, and the headlines often referred to her as a troubled teen or 'Disney star gone wild'.

Thorne has since explained that this "grittier" side of her was an attempt to reclaim the freedom that she didn't have as a child star.

Thorne also said she struggled with the pressure to keep up her Disney persona.

"She had a lot of contracts, and she had my mum and everybody trying to be like, 'You have to be like this served on a platter,' kind of thing," her sister, Dani Thorne, explained.

In 2018, Thorne criticised the constant comparison between her and Zendaya after a Twitter post asking who wore red lipstick better went viral.

Beauty battle? That’s not right. Damn it’s been years and people still wanna pin us against each other in some way. :( love you z https://t.co/NihQntDmas

"That's not right. Damn it's been years and people still wanna pin us against each other in some way," she said with a sad emoji. "Love you Z."

By 2020, the pair continued to be targeted with rumours of their "falling out" and a "rift" between them.

"I think people love pitting women against each other," Thorne said that same year. "It's always this and that. It's been happening to me and Zendaya since we started the damn show.

Since Shake It Up, Zendaya has starred in a number of films including the Spiderman franchise, Dune and The Greatest Showman.

But her most notable role has been as teen addict Rue in the groundbreaking TV series Euphoria. 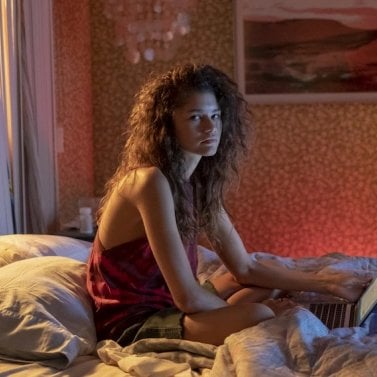 In 2020, she won the Emmy for Lead Actress in a Drama series for her portrayal of Rue.

Thorne starred in a number of movies before starting her own beauty brand called Filthy Fangs.

She also became a rapper and singer and released the singles 'Lonely' and 'Phantom'.

In 2020, Thorne joined OnlyFans and made $2 million within her first week on the site.