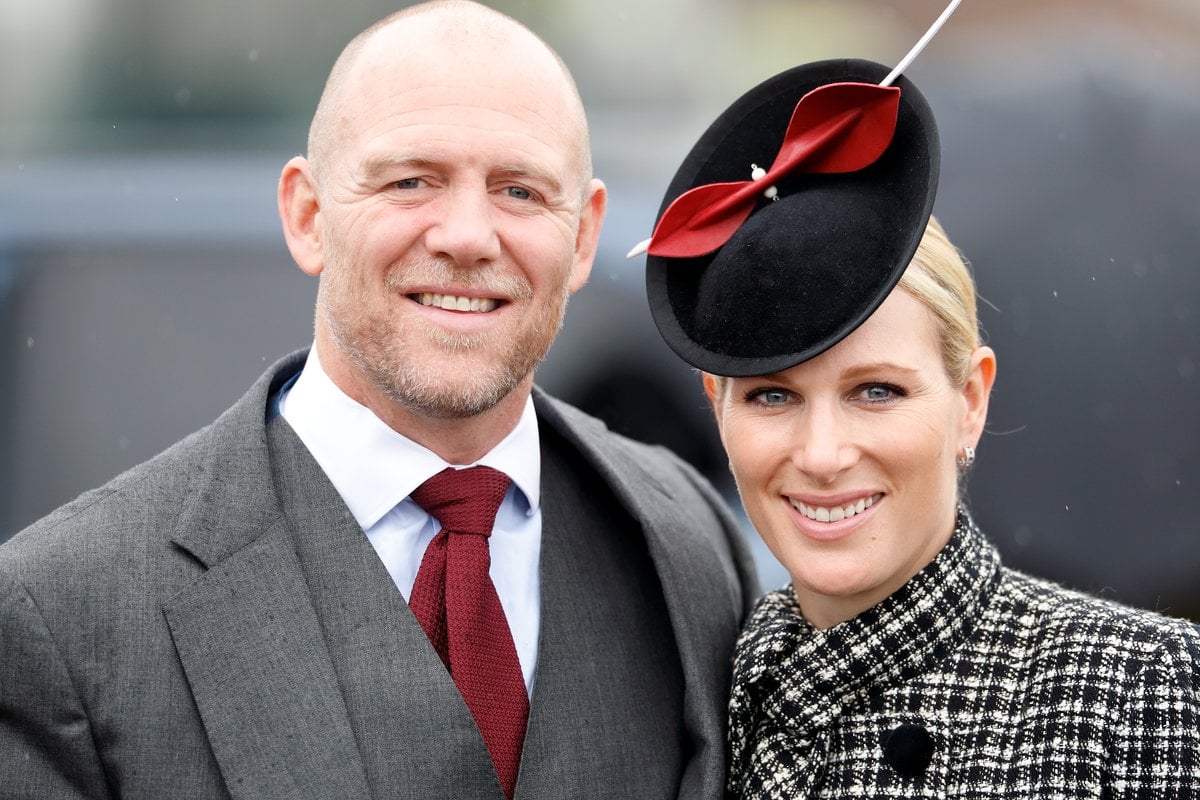 Zara Tindall, the daughter of Princess Anne and Mark Phillips, and her husband Mike Tindall have welcomed their third child.

Mike Tindall, 42, revealed the news on his podcast The Good, the Bad and the Rugby, where he explained the baby “arrived very quickly, didn’t make it to hospital, on the bathroom floor”.

The father-of-three said his wife's friend was there to help, and her midwife arrived just before the delivery.

“She drove up just as we had assumed the posish [position] and the second midwife arrived just after the head had arrived,” he recalled.

“The best thing about being at home … as soon he’s wrapped up, he’s skin on skin, straight downstairs. TV room. Golf on,” he said.

Buckingham Palace released a statement saying The Queen and Prince Philip “are delighted with the news and look forward to meeting their 10th great-grandchild when circumstances allow.”

Watch: What actually happens at a Royal Christmas. Post continues below.

As the daughter of a Princess Royal, Zara and her older brother Peter weren't given any royal titles at birth. Therefore, she's not a princess.

However, as Zara has stated various times, she's happy that she grew up without a title.

"I’m very lucky that both my parents decided to not use the title, and we grew up and did all the things that gave us the opportunity to do," she told The Times.

Speaking to The Sun, former Buckingham Palace press secretary Dickie Arbiter shared why Princess Anne chose not to give her children titles.

"It was a masterstroke of the Princess Royal when she decided not to give her children titles," he shared.

"Growing up as a commoner allowed Zara to thrive as her own woman, and there has never been pressure on her to conform. She has benefited from it in all sorts of ways," he added.

Zara is not on the civil list like Prince William. Instead, she has to earn a living. 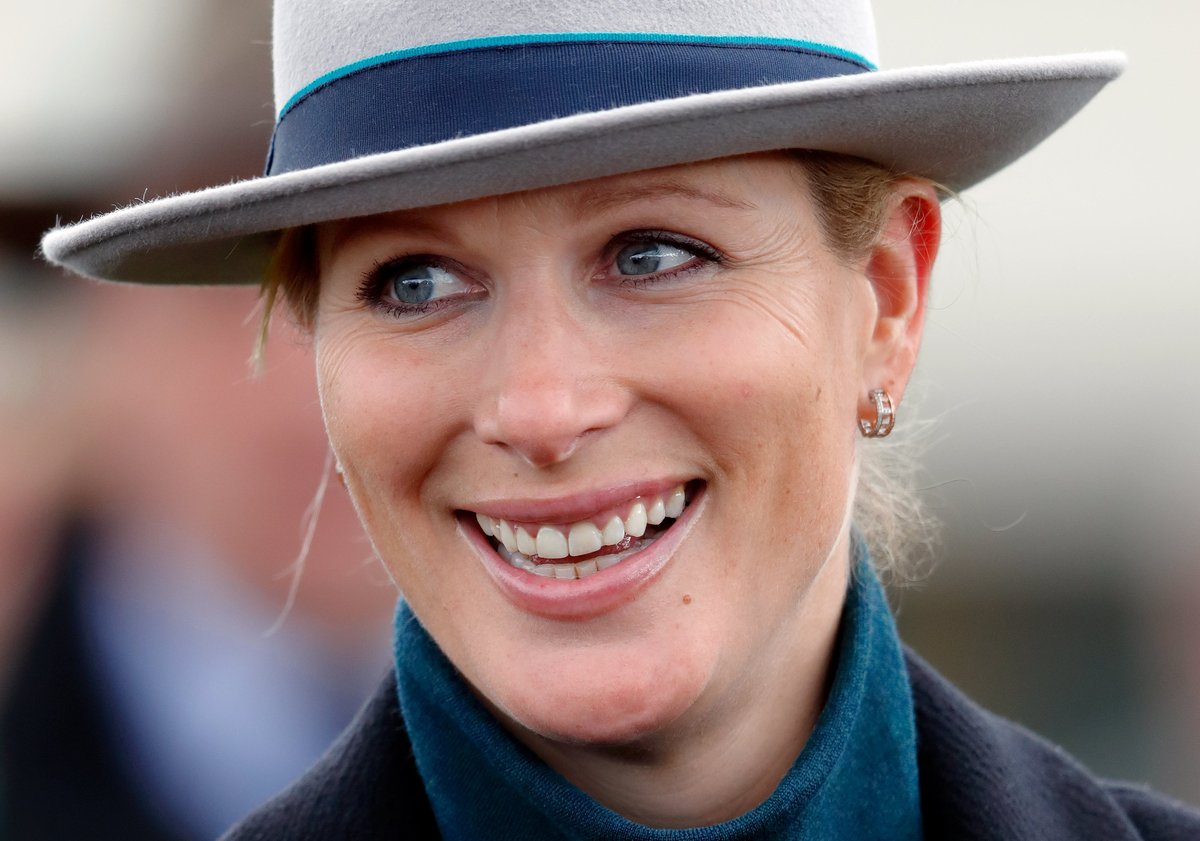 Zara went to Beaudesert Park School in Gloustershire and Port Regent School in Dorset, before attending Gordonstoun School in Scotland.

After school, she attended the University of Exeter, where she studied physiotherapy.

Once Zara finished her studies, she pursued an equestrian career.

At the Olympics, she won a silver in the group event. The medal was awarded to her by her mother, Princess Anne.

Since 2016, she's been using her married name to compete. 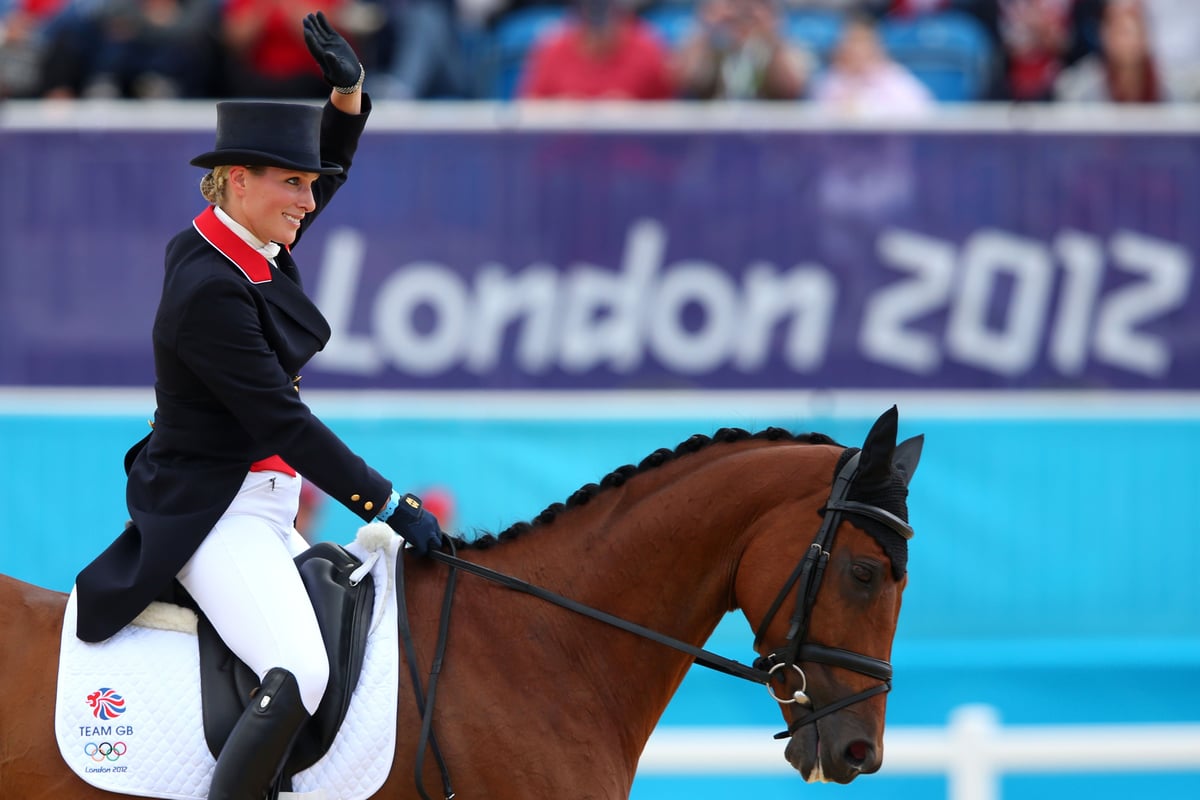 Years prior, in 2003, Zara met rugby union player Mike Tindall in Australia, when he was participating in England’s Rugby World Cup campaign.

It was reportedly Prince Harry who introduced the pair at Manly's Wharf Bar. 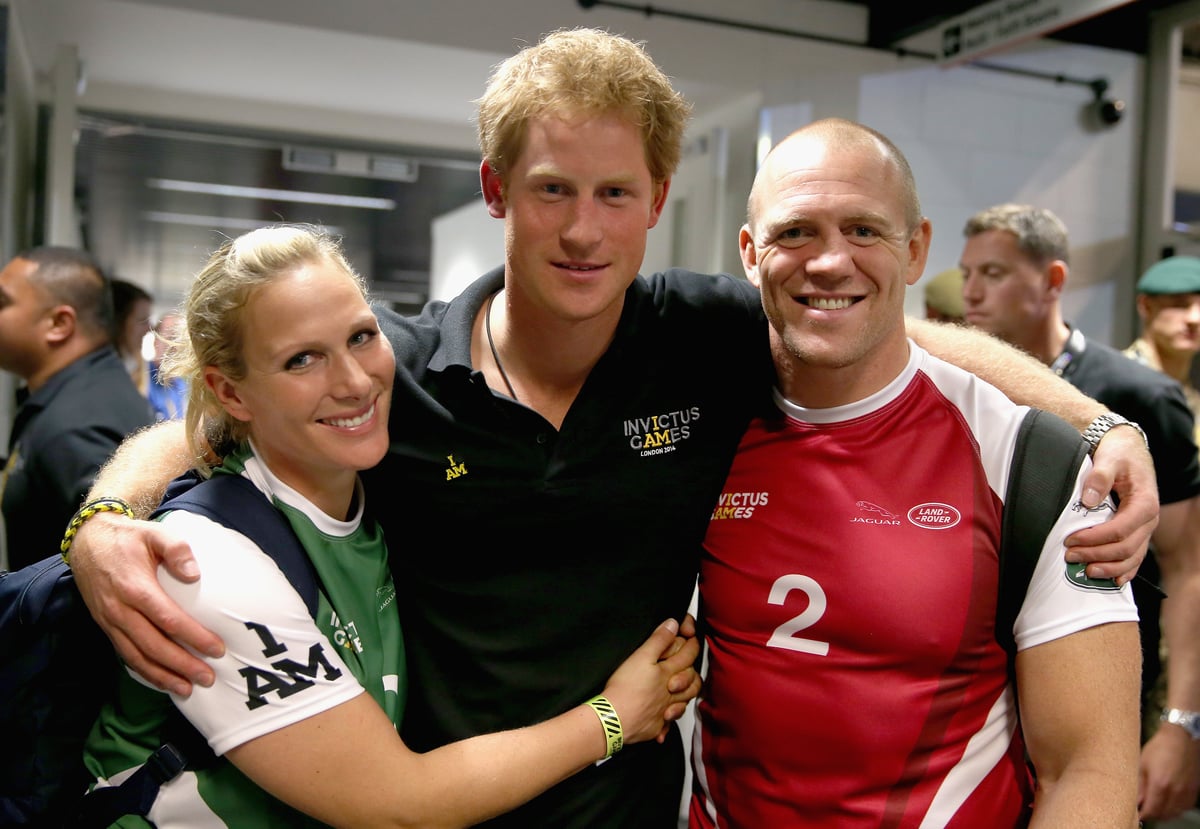 "She was on her gap year and in Australia with friends," Mike told the Daily Mail.

"Clive [Woodward, the coach] had just told me I was dropped for the semi-final, so I went out for a beer with two others who weren't playing, Martin Corry and Austin Healey. Zara was in the same bar; we got introduced but didn't speak that much," he continued.

"Later on, Austin gave me her number and said, 'She wants you to text her, to say where you're all going out after the final so she can come along.'"

In 2010, the couple announced their engagement. The following year, they got married in front of 400 guests at Canongate Kirk in Edinburgh, Scotland. Zara wore a dress by Stewart Parvin. 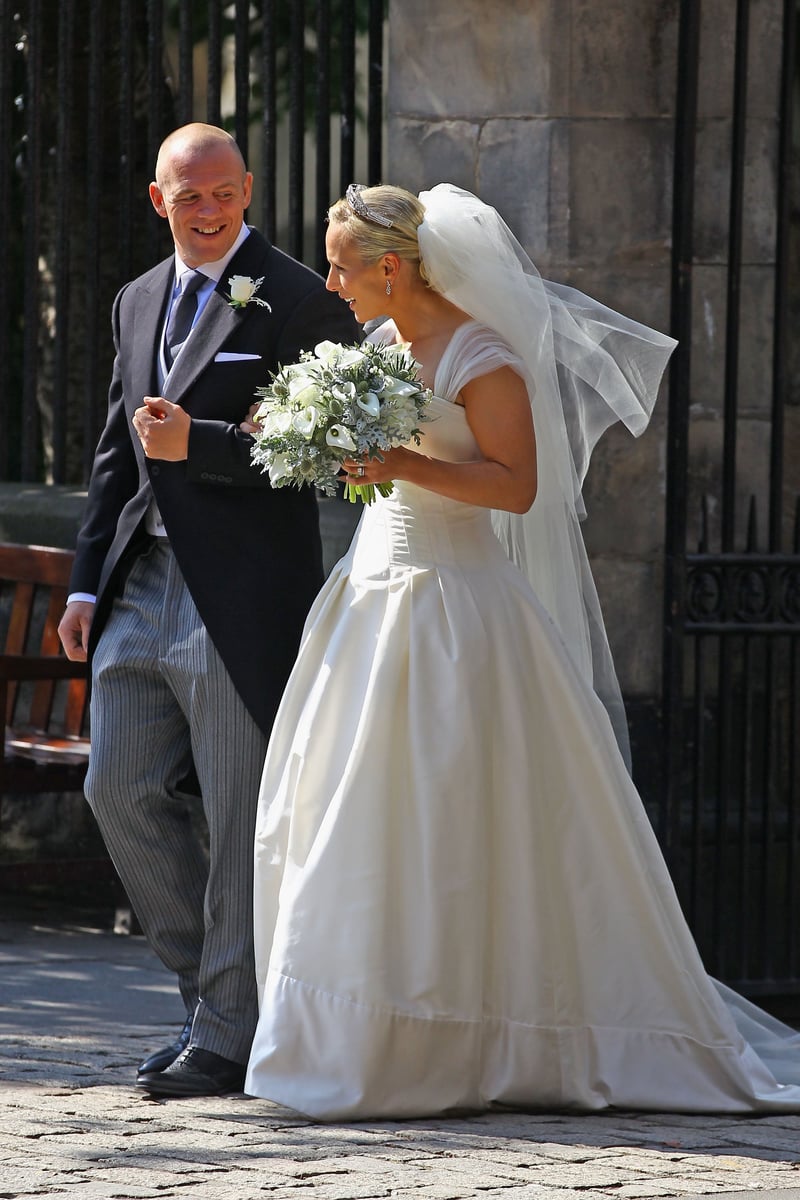 In July 2013, Buckingham Palace announced that the couple were expecting their first child. Their daughter, Mia Grace Tindall, was born in January 2014.

Two years later, the couple announced that they were expecting their second child. However, Zara suffered a miscarriage.

"For me, the worst bit was that we had to tell everyone, everyone knew," Zara later told The Sunday Times in 2016. "I had to go through having the baby because it was so far along."

She also shared that before conceiving their second daughter, she had another miscarriage.

"I then had another miscarriage really early on," she said.

On June 18, 2018, their second daughter Lena Elizabeth was born. 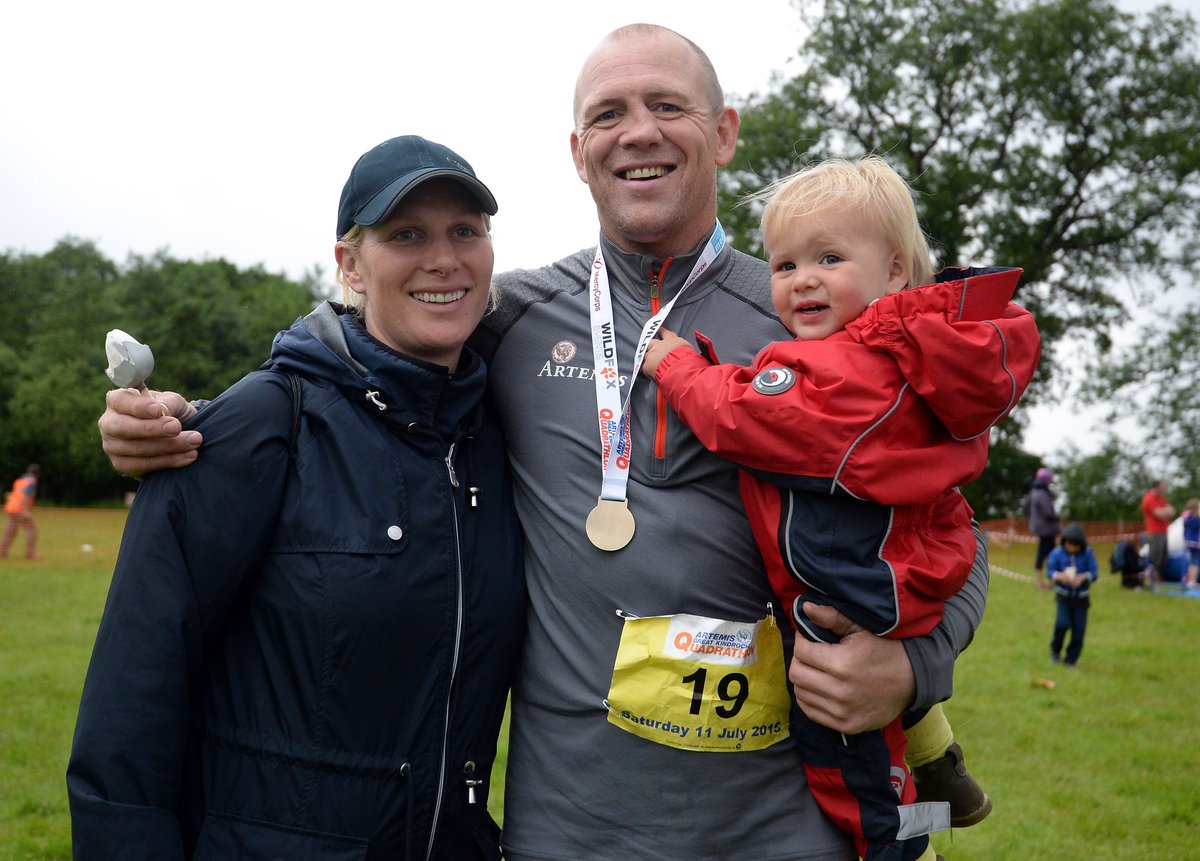 Now, with the arrival of their third child, the family of five lives a pretty normal life in Gloucestershire.

"When we don't have to be somewhere, we are pretty low key," Zara told Country Living in 2016.

"It's nice to go out with the dogs and explore the woods and fields that surround our house – I love the quiet and isolation of where we live," she added.

"I enjoy cooking, so it's nice to have time to do that as well."

And when the couple do go out, they enjoy something simple.

"A lot of my socialising takes place at competitions during the eventing season, so I like the contrast of a quiet Saturday night at a local pub with friends," she said.

Reply
Upvote
Gosh, I hope Anne is paying for her security!!!
G
guest2 a year ago