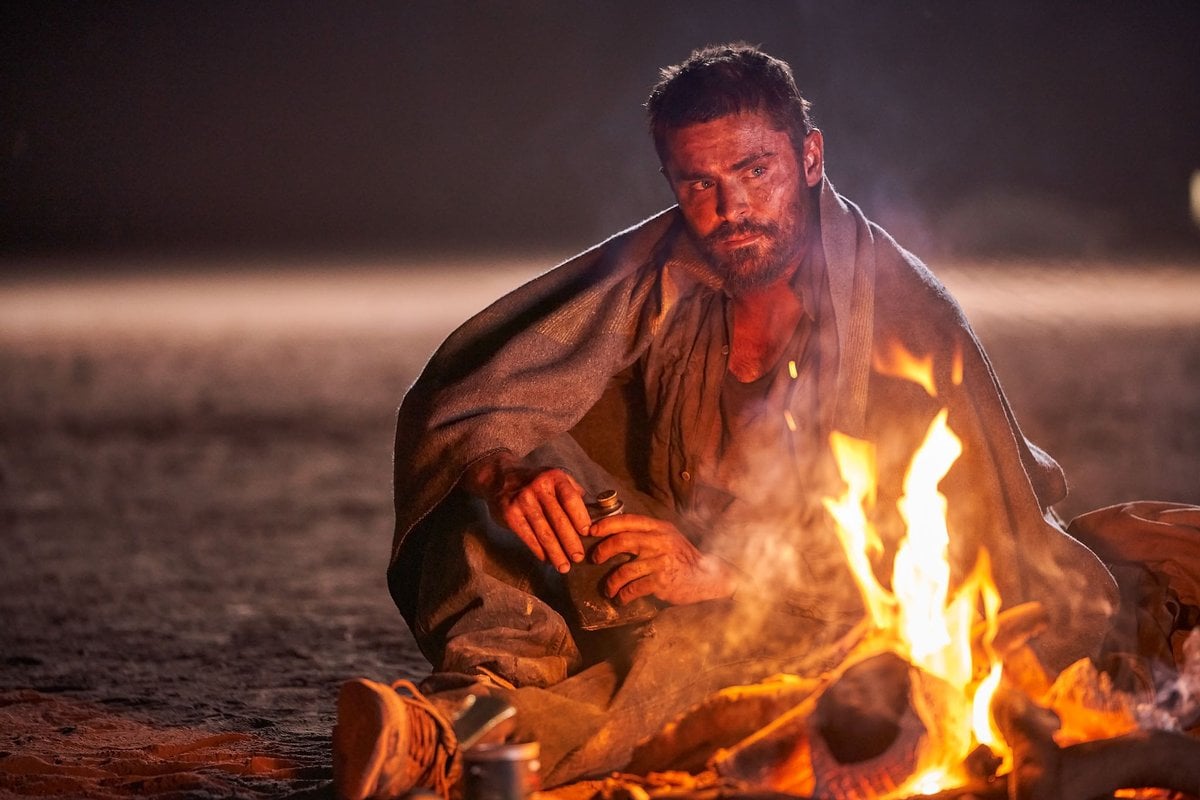 The film industry loves a survival drama. But we've never seen one quite like this.

The Stan Original Film Gold is bold and brutal from beginning to end.

In the opening scene, Zac Efron's character - known only as Man One - is sitting on a train, and he is already very dirty.

He arrives at an outpost, where he has arranged a ride to his next destination. We never learn where this outpost is. We don't know where he's come from either, or where exactly he's going.

There's actually very little we do know within the world of Gold. The film begins with the words 'some time, some place, not far from now'. There are no backstories here, but we get the idea that the world is not in a great place.

Even the characters are nameless. 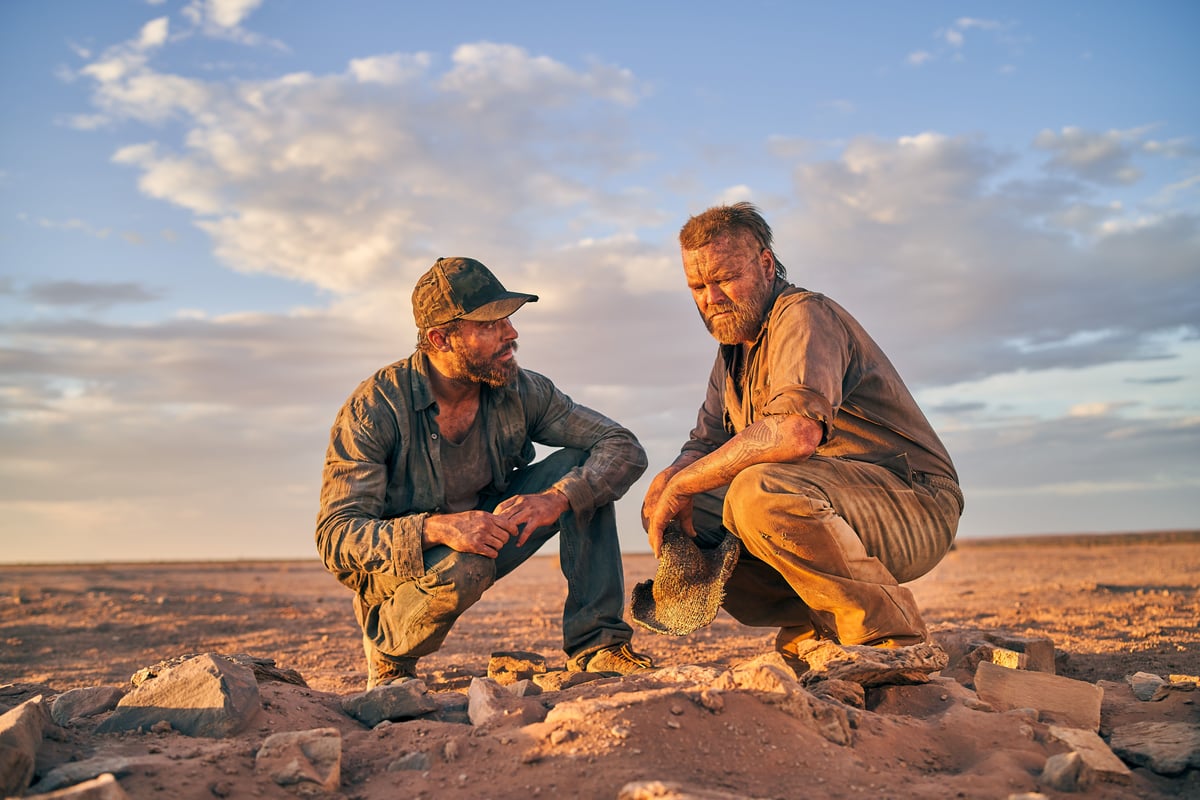 This is an interesting choice in a film - and probably a risky one too. Most of the time, cinema is about drawing you into its world and the lives of its characters. Gold has decided it doesn't need to do that, and it works. Out there, in brutal nature, it doesn't matter who you are.

The film centres mostly around Man One and his battle to survive. After meeting at the outpost, he travels with Man Two (Anthony Hayes, who also wrote, directed and produced the movie) through the desert, where they stumble across an enormous nugget of gold.

It's so big they cannot possibly remove it with their bare hands, so Hayes' character heads out to get an excavator, leaving Man One alone in the elements to guard their treasure.

Take a look at the trailer for the Stan Original Film Gold, now streaming.

Set in a mysterious desert - filmed in South Australia's beautiful Flinders Ranges - Man One must survive in the harsh sun, with minimal shelter, water or food, and just a radio to contact his one link to humanity.

Between the scorpions, wild dogs, and huge, burning ball in the sky, it seems like everything is out to kill him.

Here, alone, he struggles against nature and loses grip on his sanity.

As the days wear on, Man One encounters further threats. He must contend with The Stranger, a desert dweller (Wentworth and Ladies in Black's Susie Porter) who despises humans and asks too many questions, his failing mind, and the sneaking suspicion that Man Two is withholding information from him. 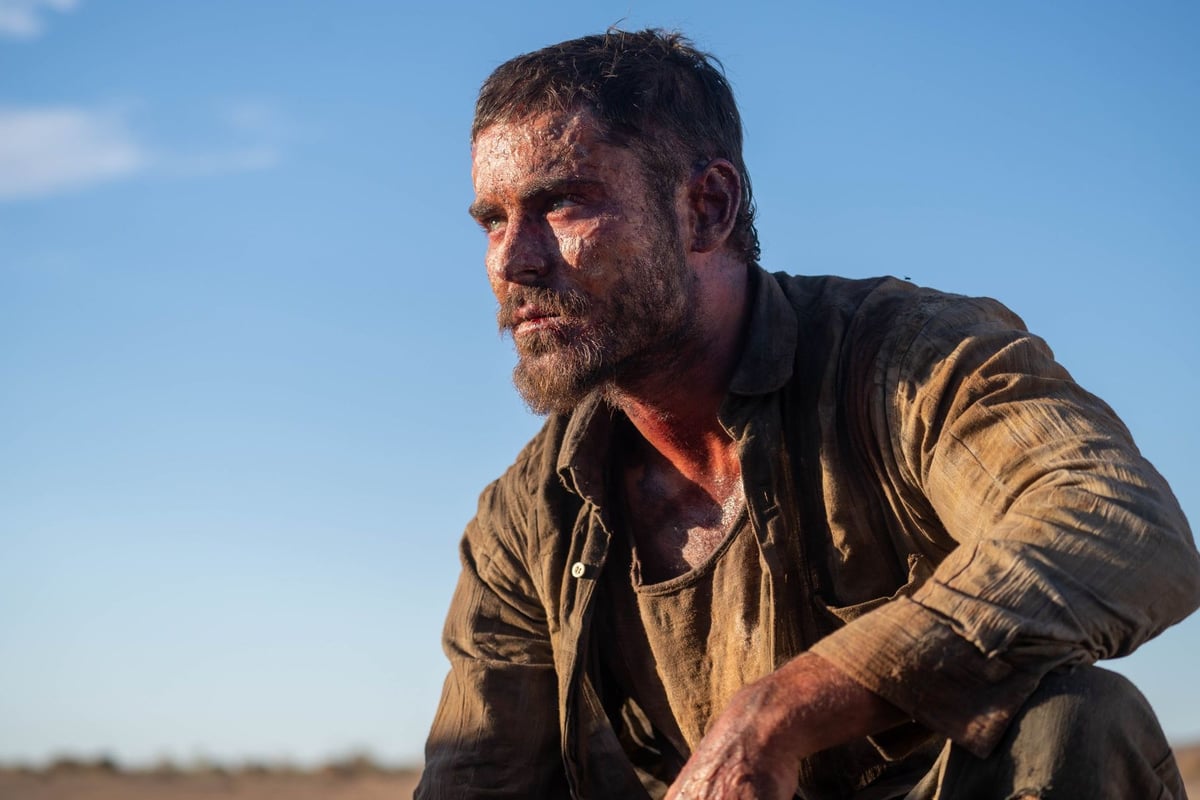 The thrilling tale of desperation is unrelenting - there is no point during the film's 97-minute runtime where it feels like Man One is safe. There's no time to take a breath, relax or let your guard down.

Every moment feels like life or death because it is.

Gold features Efron, a bona fide superstar who has starred in everything from High School Musical to the 2020 Ted Bundy biographical drama Extremely Wicked, Shockingly Evil and Vile, as you've never seen him before.

He spends the majority of the film alone, meaning there is little conversation. It is in these scenes that Efron's physical acting shines.

"When I read the script, I was really struck by how different it was and how little dialogue there was. I genuinely fell in love with it, imagining this person that we don't really know, make very complex choices throughout the movie, and sort of adapt, and try to survive," Efron said about the role.

"It reminded me of an old Western in some ways. It had a very classic movie feel to it. There's not too much talking, and we never really find out too much about the character. It leaves a lot open to the audience to interpret, which I loved. It's a very complex and an intelligent piece of work."

His passion for the role is clear in this fully committed performance. Whether it's with Man One's limp or in the moments where he's not 100 percent cognitive, Efron's physical acting has you believing every painful second. 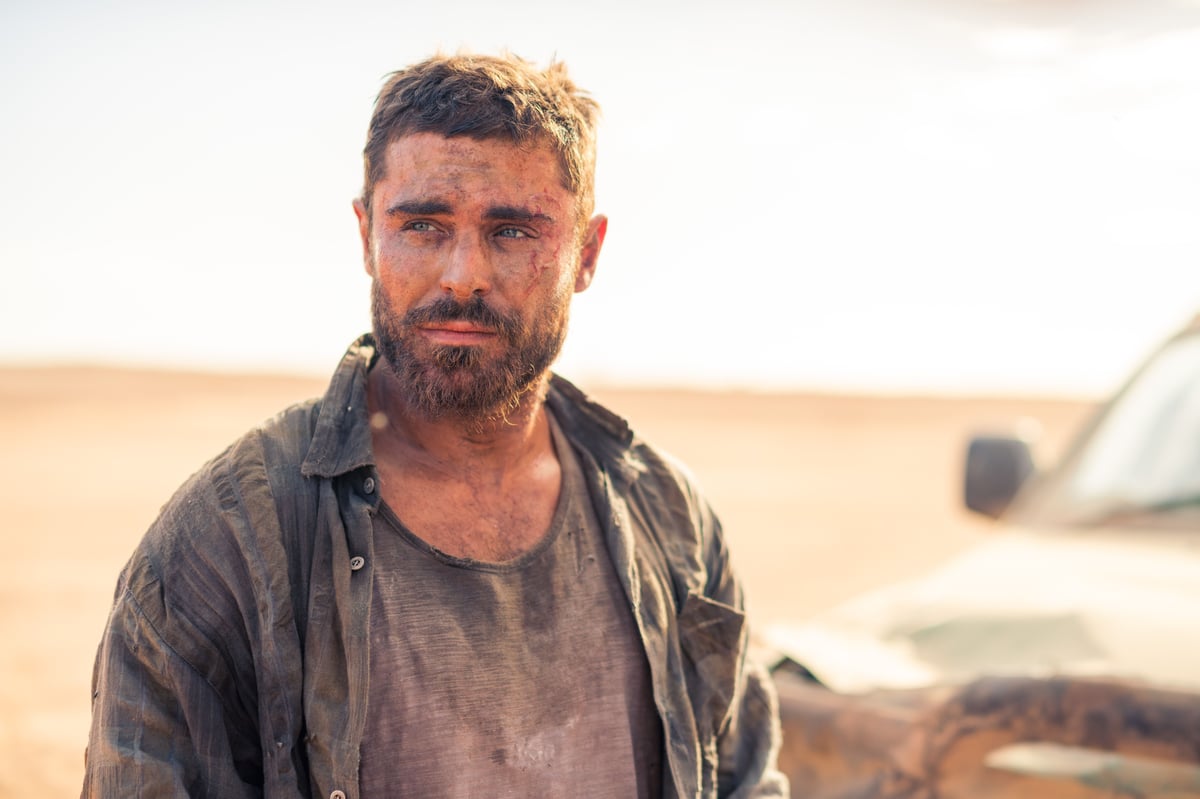 As the film goes on, he becomes less and less recognisable. Physically, yes, under all the heavy makeup to look like dirt and blisters, but also mentally: overwhelmed by greed and what could be, the character risks losing himself along the way.

If there is anything that can outshine Efron's performance, it is Gold's incredible location. I think you could argue that the film's cinematic setting is actually the main character.

It is this brutal landscape that drives the dramatic tension and thriller elements of the film, and the story works most effectively thanks to the shots showing off its vastness and the heatwaves rising from the ground.

Gold is thoroughly entertaining, but it's also difficult not to imagine yourself in Man One's shoes.  Throughout the film, you'll find yourself asking many questions about what you would do in these circumstances. What price are you willing to pay to gain a fortune?

And in the very end, the film is deeply satisfying.

With a number of twists you won't see coming, Gold is a brutal must-watch movie led by a star performer and his equally committed co-star: nature.

The brand new Stan Original Film Gold is now streaming only on Stan.