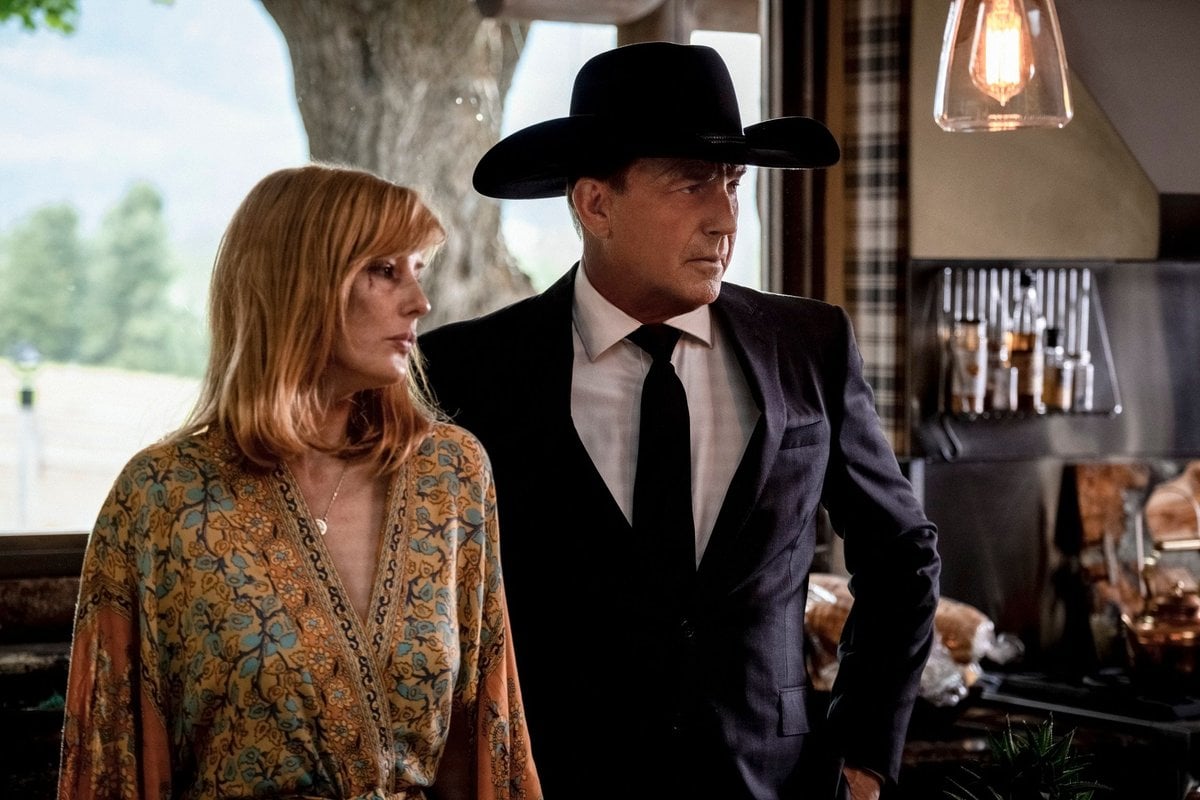 It's been a hot topic of conversation amongst fans for over a year but today the news became official and Stan confirmed the premiere date for the fourth season of their hit series Yellowstone.

Yellowstone stars Kevin Costner as John Dutton, the head of the sixth generation of the Dutton family to run Yellowstone Dutton Ranch, the largest contiguous ranch in the United States.

The drama, which is one of the most-watched series on US cable last year and was co-created and written by Taylor Sheridan, the Oscar-nominated screenwriter behind critically acclaimed movies Sicario and Hell or High Water, is a tale of shifting family allegiances, crime, love and even murder.

Fans have been impatiently waiting for news of season four to drop because season three of Yellowstone ended on an almighty cliffhanger, with the lives of several main characters hanging in the balance.

At last, the wait is over with Stan today announcing that Yellowstone season four will premiere Friday, November 8, the same day as the US.

Season four promises to answer the question about who made it out alive and has also added some high profile new names to the cast lineup.

Season four will also see the addition of Piper Perabo (Covert Affairs, Coyote Ugly) as Summer Higgins, an outside protestor from Portland who is against the state-funded police force that protects industrialised farming and the killing of animals.

Finn Little (Storm Boy, Angel of Mine) has been confirmed to join the series as Carter; a young boy reminiscent of a young Rip. He's there because Beth Dutton decides the ranch is the best place to teach him a lesson on how to be a man.

Kathryn Kelly (Nashville, Dolly Parton's Heartstrings) will portray Emily, a vet tech who soon strikes up a relationship with the new cowboy.

If you're looking for a new show to sink your teeth into and you haven't watched Yellowstone yet (or maybe you just want to relive the action and watch it again) the first three seasons are available to watch now on Stan.

Yellowstone Season 4 premieres November 8 same day as the US. The only place you can stream every episode of Yellowstone is on Stan.

G
geheafner a year ago