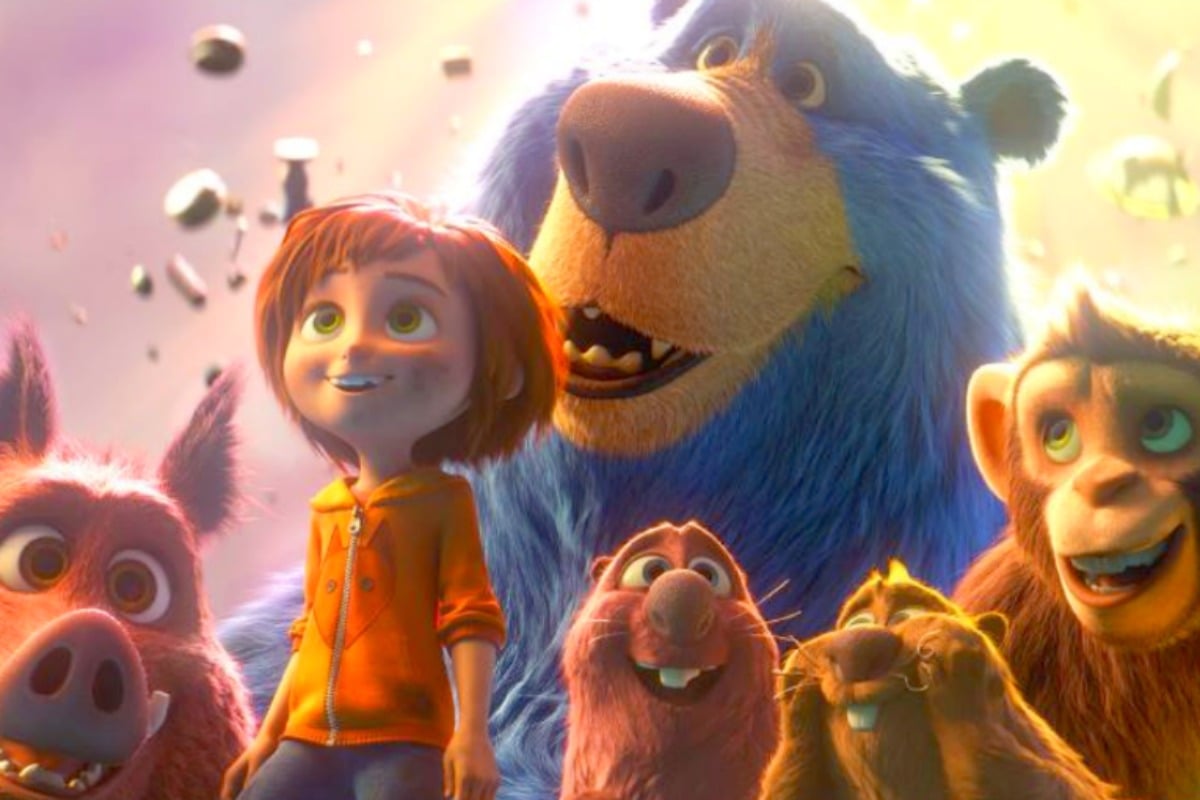 Wonder Park is a beautifully animated children’s film that’s out in time for the school holidays – but it’s not entirely what it seems.

The movie tells the story of tweenager June (Brianna Denski), who invents an imaginary amusement park, complete with fantastic rides and crazy creatures, with her mother (Jennifer Garner).

June’s relationship with her mother is pleasure to watch, and June herself is a little trailblazer of a character. With a passion for experiments and engineering, a vivid imagination, a ragged haircut and not a dress in sight, June is a refreshing, maths-camp-attending, portrayal of a little girl in 2019.

She also has an Indian best friend in her next door neighbour, Banky, which is a win for the story-line.

Combine this with animation that’s sophisticated, seamless, and beautiful to watch, and you have a film that draws the viewer in from the start.

Then a plot twist comes along (which, to be honest, is a little upsetting) and the movie takes on a slightly darker tone as June struggles to cope with what happens.

Eventually, June’s challenges force her into her own imaginary world – Wonderland, a replica of the park she created with her mum – which she finds, to her surprise, is closed for business. June then has to fight to re-open the park in her imagination; and if you think that’s a metaphor for her state of mind, it totally is.

WATCH: the trailer for Wonder Park. Post continues after.

If you’re concerned this all sounds a little heavy for children, don’t worry – much like Inside Out, which this film has been compared to, the more sophisticated concepts of dealing with sadness and finding your ‘wonder’ again will go over their heads – in a good way.

There’s enough colour, action and cute creatures to entertain the little ones, without them getting too involved in the subplot.

Mila Kunis and John Oliver lead Wonderland’s crew of talking animals. Oliver, in particular, has some great lines that get real laughs, as an uptight porcupine named Steve.

The other creatures include Peanut, who’s a monkey and also the leader. There’s Boomer, a big blue bear that greets guests, Greta, a wild boar, and beavers Gus and Cooper – who are voiced by Aussie radio personalities Ryan Fitzgerald and Michael Wipfli.

But make no mistake, older children and adults won’t fall for these distractions – and will have no problem comprehending the movie’s overall messages about how to work through sadness, rejection, anger and loneliness.

As a parent, you will find Wonder Park features some of your greatest fears for your kids, and I won’t lie, I wasn’t expecting that. And yes, it made me cry, but then again, I cry watching TV commercials, so, if you’re made of steelier stuff than I am, that won’t be an issue for you.

Wonder Park is a celebration of the imagination, the resilience of children, and love; just be prepared to talk to your kids about it afterward.

Wonder Park  is rated PG, and was released in cinemas on 4th April in Queensland and Victoria, and will be released on 11th April in other Australian states.