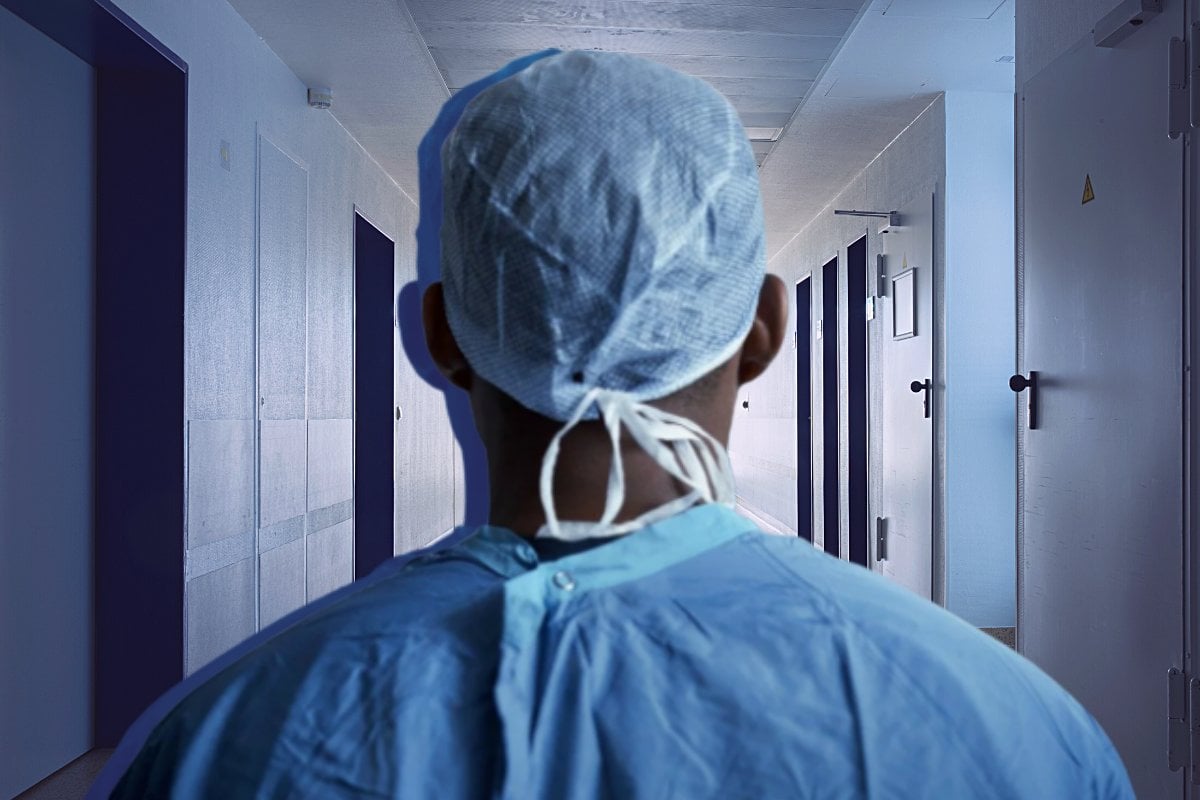 A baby has died at Sydney's Blacktown Hospital, the sixth death of a newborn in two years.

The baby boy died in the early hours of March 14, 2021, with his passing being described by the hospital as a "tragedy," reports the ABC, who say the cause of death is not yet clear.

An internal investigation is underway with the baby's parents consenting to an autopsy, with the Sydney Morning Herald reporting that the ward was fully staffed, including with full medical and midwifery coverage at the time of the baby's death.

They're making that fact clear, because for the past few years a crisis has been unravelling at the hospital.

Watch: Blacktown Hospital has been in turmoil for some time. Post continues after video.

In late 2020, twenty obstetricians threatened to resign en masse after telling their employer they were struggling with inadequate access to operating theatres to perform emergency caesarean sections, understaffing, over-demand, and a crippling lack of funding.

The ABC reports that since then, Blacktown has appointed three senior medical officers, four junior doctors and 15 midwives with "more appointments still to be made." They also allocated an operating theatre exclusively to the obstetrics department.

But as president of the National Association of Specialist Obstetricians and Gynaecologists Dr Gino Pecoraro told Mamamia in November as these demands unfolded, what we're seeing happen at Blacktown is just a symptom of an Australia-wide emergency.

As Dr Pecoraro explained, we could very well start seeing Blacktown's breaking point happening in every town and city in the country.

"This is not isolated. It really is in my mind a screaming red beacon with flashing lights and sirens standing up and down saying 'take note of me! If you don't do something, this is what will be in the news every week from now on!'"

He says the problems have been slowly growing for many decades now, and they stem from families increasingly turning away from the private sector because it's no longer an affordable option for the majority.

By way of illustration, Australian Institute of Health and Welfare data shows private hospital births have decreased on average by 3.8 per cent in each of the five years to 2017-18, and by 6.6 per cent from 2016-17. The proportion of births in the private setting was 22 per cent in 2017-18, which is five per cent lower than in 2010-11.

"Even if you've got a policy that covers pregnancy it goes nowhere near covering the actual costs of what it costs to have a baby so of course people are going to the public sector. But it was never designed nor is it adequately funded to look after everybody," said Dr Pecoraro.

Combine that with an increasing population, and chronic underspending from all tiers of government and we're well on our way to a disaster.

Our colleagues at Blacktown Hospital are under-resourced and struggling to manage the volume of patients at this public hospital. They are on the front line of the evolving crisis in obstetric care in Australia. https://t.co/r66U1IxydD

"If someone doesn't get everyone in a room and actually get something done the whole system is going to collapse," said Dr Pecoraro.

"And it has to be the Federal Government because no one else is big enough or strong enough or has a capacity for the funds to solve this. This isn't a green, red or blue [government] problem, this is an Australia-wide problem. No colour of government has had the courage to really deal with this and part of the problem is people tinkering around the edges to get them through to the next election, and then they continue to kick the problem down the road. What we really need is a leader to say we need real insurance options for women's health."

Dr Pecoraro and his contemporaries are fed up. They've been shouting about, warning of and lobbying the government about these problems for years.

NASOG has provided feedback and suggestions to the Federal Government on the support needed to ensure the future of well supported obstetric care in Australia. Time and time again they've been ignored.

But women being unable to get safe and proper care, and overworked public health staff is only the tip of the iceberg.

As Dr Pecoraro warns, private hospitals - especially in more regional and rural areas - are being forced to close down their maternity services due to lack of demand, which means there are no longer consultant obstetricians on hand that are able to support these areas.

As a consequence, it will leave the remaining public health sector workers even more overstretched, with no backup, and Dr Pecoraro is confident they'll start quitting en masse, just like they're threatening in Blacktown. 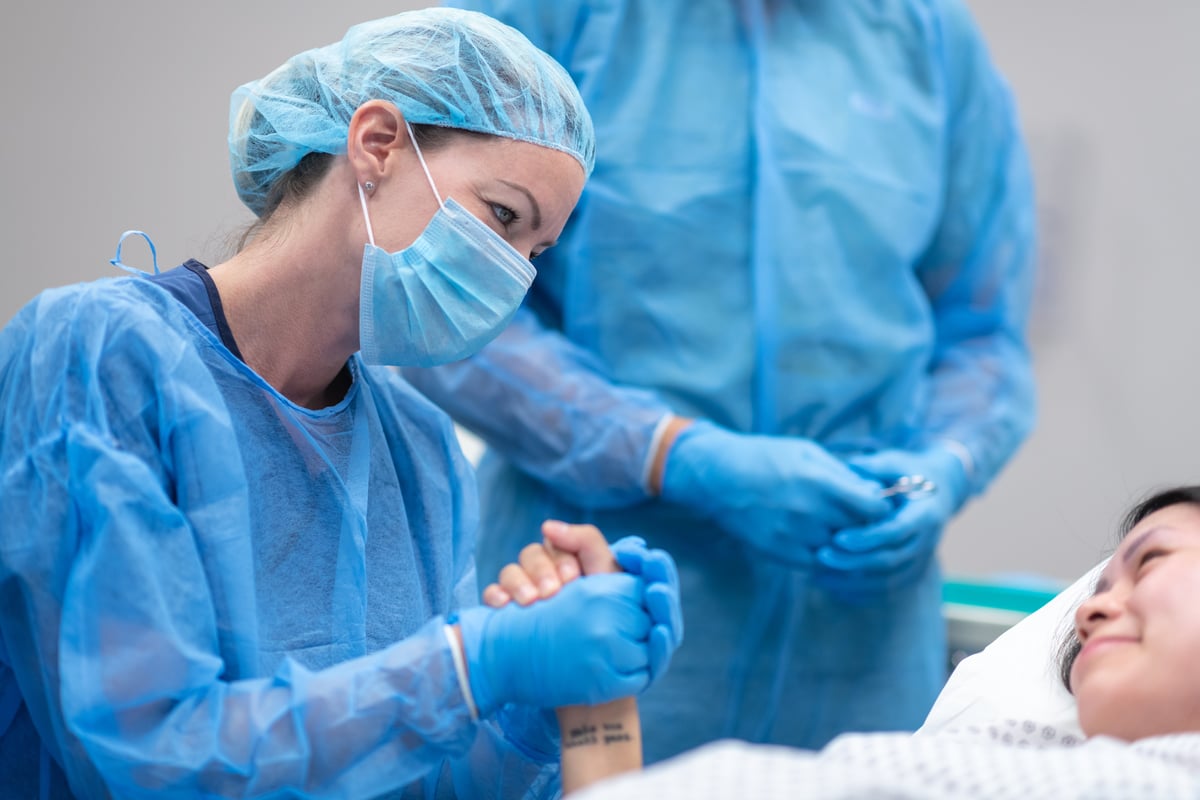 The vast majority of women are having babies in the public system. And it's not coping with the increased demand. Image: Getty.

"Then women will have to start travelling large distances to have their babies. You'll start to hear about more and more people having to stop by the side of the road to have babies. It's already happening in Queensland in the really decentralised areas. In Queensland we've had private obstetrics units close down because there's not enough people going to them."

As Dr Pecoraro warns, everything in medicine always starts in obstetrics first, and soon these problems will bleed into every area of our health system.

"To do nothing is simply unsustainable. We've said this to Minister for Health Greg Hunt - we've been saying this for ages. The writing is on the wall. And you can't blame people [for not getting private health insurance], the costs have been going up and above wage increases for years. And Medicare rebates haven't kept up with the costs of accessing medical care. In fact rebates have been frozen for specialist services for years and they were never enough to start with.

"What I see in Blacktown Hospital is a cry for help. It's a natural progression of underinvestment and undervaluing of women's health. But this isn't a 'female thing,' it's a family thing. We ask Minister Hunt, his State colleagues and the private health insurers to waste no more time and address the funding of all maternity services so there are no more avoidable tragedies."

This article was written in November 2020, and updated with new information in March 2021.

Reply
Upvote
We still have the workforce, maybe the private sector colleagues can return to the public sector, which they probably trained in, and join their public health peers. And have midwifes manage patients they can, so the obs can manage the more complex mums/bubs
M
mamamia-user-482898552 2 years ago

Reply
Upvote
@comment Obstetricians already cover the complex deliveries - simple deliveries are predominantly the domain of midwives in the public hospital system. If you want to attract doctors from the private sector back into public practice, then the public system needs to change. Frankly the public is a highly dysfunctional mess so if you're already established in private practice, there's often little attraction to leave.
C
cat 2 years ago

Reply
Upvote
Sadly it’s women’s health, so this government couldn’t care less. Just like they don’t care about women’s safety or finances or careers. They don’t even care when the women in their office are being harassed.
G
guest2 2 years ago

Reply
Upvote
@cat I agree with you on this. Every employee in every ‘caring’ sector (healthcare, childcare, aged and disability services etc) of our society is being squeezed and squeezed as far as the federal government can get away with.  Notice how these are predominantly staffed by women?
Good on the Blacktown staff for drawing a line in the sand. God, if dead newborns  isn’t enough to motivate adequate levels of funding, I don’t know what on earth would! Utterly traumatic for everyone involved.
M
mamamia-user-482898552 2 years ago