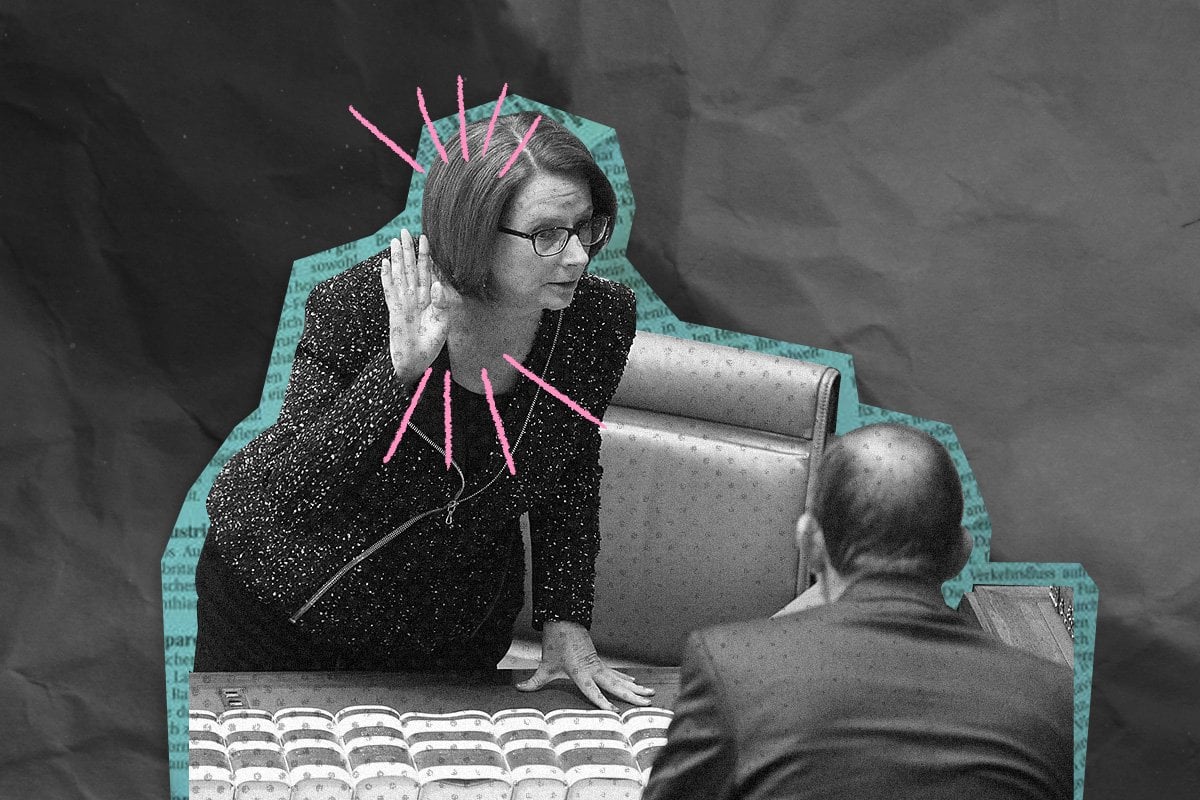 This is the headline we wish we could write on International Women's Day: Gender quotas scrapped as 50/50 gender representation reached in the Senate and the House of Reps for 50th consecutive year. 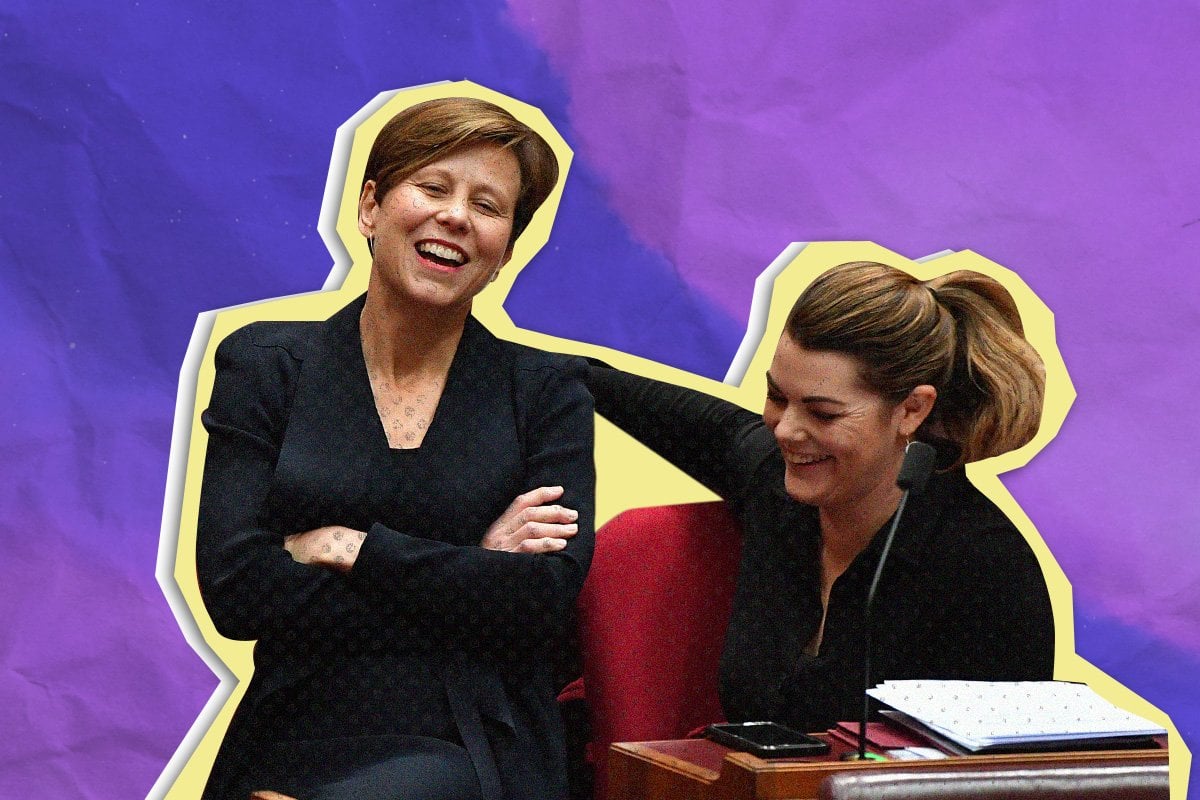 But this is still the reality for women in politics today:

In 2010, Julia Gillard became the first woman to be Prime Minister of Australia.

On whatever side of the political divide you sit, it arguably heralded a time of renewed optimism for women with strong political (or professional) aspirations. A watershed moment, it appeared that Australia was progressing towards a society that looked to value gender equality – even just a little bit more.

The power of representation. We know, "you have to see it to be it", and as a 22-year-old university student, I felt the excitement of possibility. And I know a lot of women, across different generations and backgrounds did too.

No Filter
ADVERTISEMENT
Video via Mamamia.

In Women and Leadership, Gillard's 2020 book co-authored with Ngozi Okonjo-Iweala, she reflects on her time in power:

“What was different was that the go-to weapon in hard political debates became the kind of insults that only get hurled at a woman. That emerged as a trend alongside what was already a highly gendered lens for viewing my prime ministership. Every negative stereotype you can imagine - bitch, witch, slut, fat, ugly, child-hating, menopausal – all played out.”

But Gillard’s prime ministership ended nine years ago. So surely a lot has changed since then.

Let’s look at the stats.

Overall, women make up 38 per cent of federal parliamentarians.

Women are 53 per cent of Senate members, with gender parity achieved for the first time in 2019.

Meanwhile, women form just 31 per cent of the House of Representatives.

In March 2021, The Guardian took a closer look at the numbers, breaking them down by party. It found Labor had the most improved representation of women in the Lower House, with the party nearing parity at 43 per cent. Conversely, the Liberals sat at just 21 per cent.

But what about the experiences of women?

The one issue they all had faced?

"It happens if you're the only woman in a room and you come up with an idea or you say something," said former Foreign Minister and former deputy Liberal leader, Julie Bishop.

"So often, there's no response. And then the next person speaks. And then the next one actually appropriates your idea. And then all the men around the table nod and say, 'What a good idea'. And you'd be there, 'Didn't I say that? Did no one hear me?'."

A post shared by The Hon Julie Bishop (@honjuliebishop)

Brace yourself. Here are just a few instances.

And of course, there was Brittany…

In February 2021, Liberal Party junior staffer Brittany Higgins went public with claims that she had allegedly been raped late one evening in the office of then-Defence Industry Minister Senator Linda Reynolds in 2019 by a male colleague. Her bravery was the tipping point of reckoning.

It’s almost been a week since the #March4Justice protests and I wanted to acknowledge all the women and men who took time out from their busy lives to advocate for a safer, more equitable Australia. Truly, from the bottom of my heart thank-you.

These examples just skim the surface, never mind the slew of anonymous testimonies of alleged rape, sexual assault, harassment and bulling as detailed in the Jenkins Review released at the end of 2021.

So, where to from here?

Recommendations. Speeches. Words. They're all good and well, but now is the time for actual action.

Change begins with genuine accountability and acknowledgment of the systemic inequality that exists.

It means a sincere commitment for an overhauled culture and conditions – and actually following through on it.

It means zero tolerance and swift ramifications for bad behaviour.

It means authentic initiatives that foster women's political interest, and affirmative action that actively encourages women to funnel ambition into a political career.

And it means safer, inclusive working conditions for women parliamentarians – so they can just get on with doing their job.