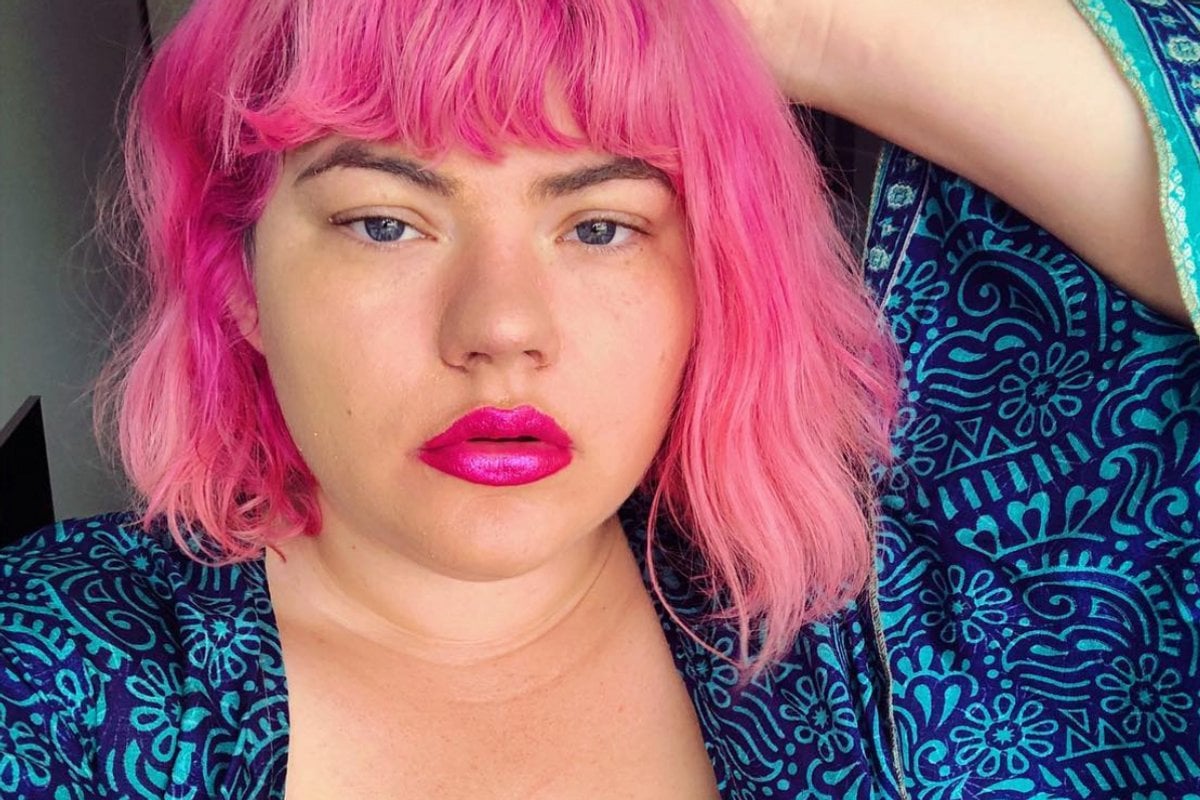 Recently, after a Pilates class, a fellow Pilates goer stopped me and said, "I think it’s really brave you come here!" For a second, I wasn’t sure what she meant. Was there a bomb threat I was unaware of? Finally, it dawned on me. She was implying it was somehow brave of me to be attending a Pilates class as a plus-size woman.

Obviously, she didn’t say, "You are fat, why are you here?" but she may as well have, and her words hung in the air. I knew it was my job now to laugh it off, crack a joke, or even offer her some kind of explanation. But instead, I just let the silence hang in the air and then walked off. I wanted her to feel a quarter of the awkwardness I was feeling in that moment.

While you're here, watch how the horoscopes work out. Post continues after video.

This isn’t the first time someone has commented on my size, and I know it won’t be the last, but what is endlessly frustrating for me is that people are more concerned with my size than I am. Before that, women’s comments about Pilates were just a nice escape for me. I didn’t go to class and think about my body fat or my arms or my thighs, I just went and moved my plus-size body.

It was a chance to unwind and release some endorphins. I didn’t consciously notice if I was the biggest person in the class, because it just felt unimportant. Don’t get me wrong, it has taken me years to get to this point, where I don’t think about the size of my body 24/7 in an endless self-loathing cycle. Which is why it was so annoying she made my body a conversation - it’s a conversation I’ve been trying to drown out for years.

It’s just so annoying that it would be considered ‘brave’ to attend an exercise class. Why is existing as a plus-size woman brave? What am I meant to be doing? Hiding in my house? It all plays into this idea that plus-size women are lazy or don’t exercise, or just frankly don’t enjoy life. It is so insulting on so many levels, I can eat my cake and attend an exercise class too!

In a perfect world, I would have ignored her comments, understood it was her own security reflected at me, maybe even done a hair toss, gone on with my life and listened to some Lizzo when I got home. The reality is that the comment threw me for days. I kept thinking about it. Was everyone looking at me in Pilates? Was everyone judging me? Was I somehow embarrassing myself? Those questions played in my head on a loop and no amount of Lizzo's music could drown those thoughts out.

Usually when I’m having a bad body image day, I tell myself that no one really cares what anyone looks like but themselves. So, while I may feel insecure, most people are too busy worrying about their bodies to worry about mine. But the women’s comments kind of debunked that whole theory.

Being a plus-size woman and exercising always seems to generate opinions and commentary. It’s very much a damned if we do, damned if we don’t scenario. I don’t pursue fitness to lose weight; I pursue it for my mental health and to feel good and strong, so it felt awful for someone to ruin a class designed to make me feel good.

Listen: The Quicky speaks to a well-known woman who recently spoke out about her own fitness challenge experience. Post continues after podcast.

I really enjoy my Pilates class because it forces me to move my whole body, and I realised a long time ago that part of my journey in making peace with my body was also about realising all the cool things my body could do! Like lunges and stretches and many bendy things. I had to stop looking at my body through just an aesthetic lens and start appreciating it for how bloody useful it was.

I haven’t headed back to Pilates since that comment. I just feel a bit anxious about it all. Being a plus-size woman is so tiring and constantly being subjected to people’s commentary. It’s hard not to feel burnt out and want to retreat. But I know I will go back because I’m at a point where I want to live my life on my own terms and enjoy my dame Pilates class and you know what? Maybe that makes me brave.

L
lscully70 a month ago

Reply
Upvote
5 upvotes
Why does everything  you write revolve around being "wronged"? I 100% do not support the comments made but everytime I see your byline I know it will be something that has upset you or wronged you.
G
gretel a month ago

Reply
Upvote
@lscully70 “Wronged”? Or, as I see it, sharing Mary Rose’s experience of being in a bigger body and experiencing comments like she received in attending a Pilates class. I’m grateful for this article. It makes ME feel less alone.
L
libera a month ago