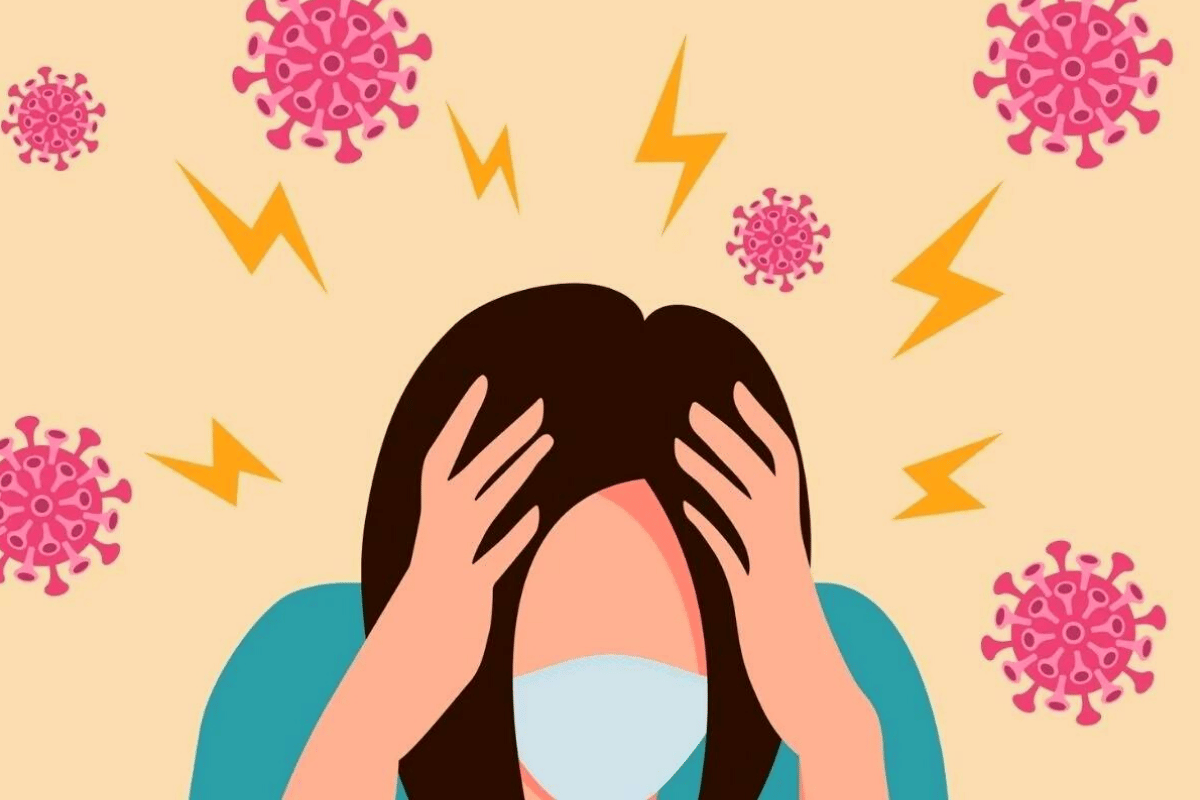 This week, Australia once again hit the 500,000 active COVID-19 cases mark, and the last time we reached that milestone was back in January when the first Omicron wave was just starting to calm down.

With this in mind, conversations on catching COVID are becoming more and more common among family, friends, co-workers and even strangers. As COVID's circulation amps up, there are still some of us who haven't yet contracted the virus. On the other hand, there are plenty who have, and are experiencing their second or third round of it now.

So why is it that some people seem susceptible to falling prey to different variants? While others seem to remain immune, even when they've been surrounded by people who are very unwell?

The Quicky spoke to an expert epidemiologist this week to find out what factors determine whether you are more or less vulnerable to catching COVID more than once, and if there is anything you can do to reduce your risk.

Professor Adrian Esterman is the Chair of Biostatistics and Epidemiology at the University of South Australia.

As for why some people seem to catch COVID over and over again, and others not at all, Professor Esterman said it comes down to an individual's immune response.

"The question is 'why can they catch it twice?' And the thing is that when you first get infected, your body generates an immune response to the virus, and that response can last for several months and protect you from future infection. But up to a third of people have no immune response at all, meaning they get no protection," he explained.

As for those who do have a good immune response, it isn't exactly foolproof. As Professor Esterman noted, it does wane over time.

There is a segment of the population that hasn't yet experienced COVID, even though they have most likely been in direct contact with it.

For example, we have heard stories of a parent isolating with their kids who all have contracted the virus, only for the parent to not actually contract it themselves. Or people going to crowded bars and their friend gets COVID, but they don't. For these people, Professor Esterman said they most likely have very strong immune systems, or they have simply been lucky.

"The younger and fitter you are, the more robust your immune system is - especially those in their 20s and 30s. But everyone is different. You can put two people together who look identical, are the same age, same sex, same background, same fitness, same exposure to the virus, and they both may experience something different."

He continued: "We just don't know why some get seriously sick and others don't. There's probably more things we don't know about COVID-19 than we do know."

Of course, those who are fully vaccinated are less likely to contract COVID too.

But for those who think if they haven't caught COVID now, they probably never will, Professor Esterman has a reality check for you: No, you're not superhuman.

Now when it comes to the topic of variants - because there's plenty of those now - Professor Esterman said it is very unlikely for someone to catch the same COVID variant twice.

This is because the immune system "takes an imprint of the virus" and if you get it again, your body would know how to fight it, as it has an idea of what it looks like after already experiencing it.

"If you had Delta, you could quite easily get Omicron. If you had BA1, you would be unlikely to get BA2 because they are quite similar. The more distant the variants are the more likely you will catch the new one," Professor Esterman said on The Quicky.

"It mutates quite easily, but the vast majority of these variants will die out quickly because they're not 'helpful' to the virus. We were very lucky in that Omicron is incredibly infectious, but it's also milder. And that was sheer luck."

Interestingly, there are Australian researchers who are right now studying the phenomena of those who don't test positive for COVID, despite being exposed regularly.

They hope the results will help create treatments for those who do contract the virus. So far, the research has found that genes may potentially have something to do with this. But as Professor Esterman said, even though it feels like the pandemic has been going on forever, it's still quite new and there's plenty more to be learnt and discovered.

"I'm a so-called 'expert' but every day I learn some new things. This is science as we're living it, and it's quite unusual. People like myself are constantly looking at what is happening around the world, and if you look at medical journal databases, you can see there are over 250,000 articles out now in relation to COVID-19. It's impossible to keep track of what is happening."

Reply
Upvote
Whoops! Cut myself off…..! To continue, my doc says it’s not so but even the expert in this article says they don’t know it all. Has anyone else had the same experience?
<
<deleted> 2 months ago

Reply
Upvote
@opacity t I have been curious about this question and have asked 2 x doctors and 4x microbiologists whether having no symptoms meant you didn't have an immune response. None of them could explain why some people have such a different reaction, but apparently theres no evidence that people who don't have a reaction have less immunity, and with billions of people vaccinated it would be pretty clear by now if the results varied.
O
opacity 2 months ago