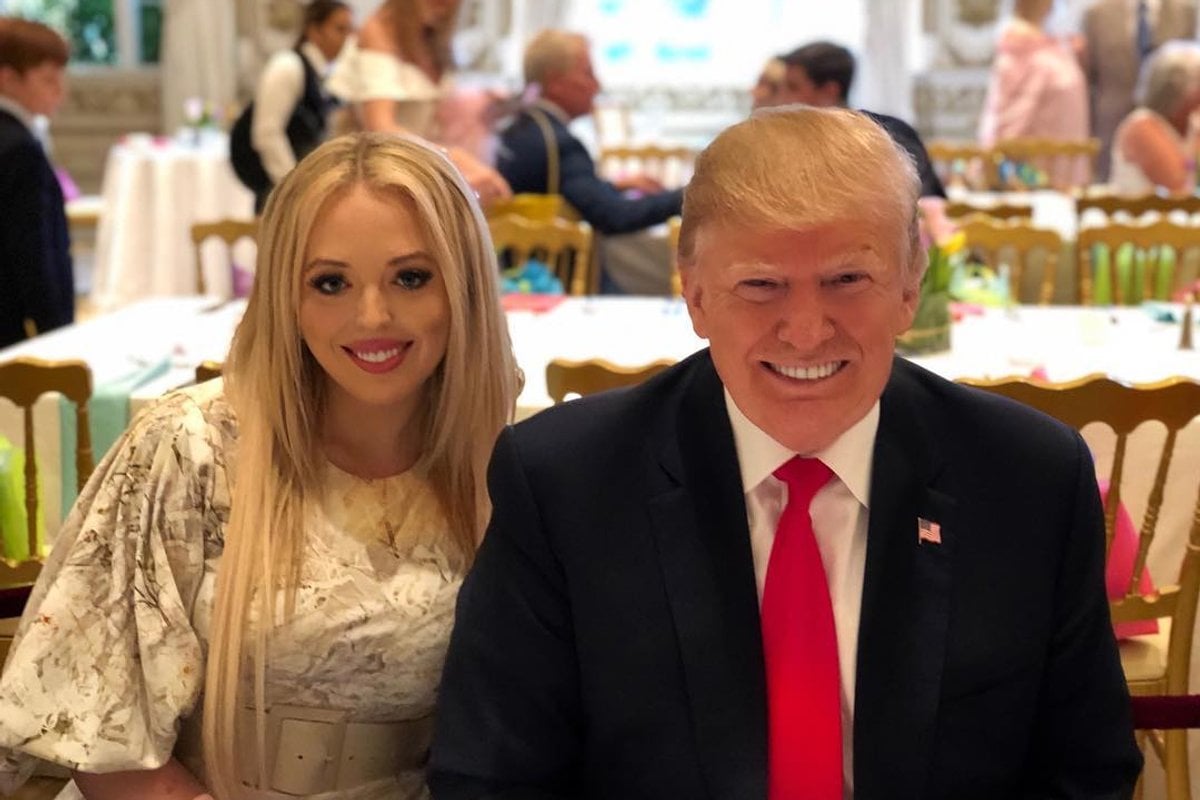 You may have heard about a speech Tiffany Trump gave last week at a "Trump Pride" event.

The fourth child of Trump, and the president’s only child with his second wife Marla Maples, Tiffany Trump spoke for ten minutes in Tampa, Florida, about why she believes the LGBTQI+ community should vote for her father in the upcoming presidential election on November 3.

The response to her address was… unfavourable.

Vanity Fair dubbed it a “10-Minute-Long Train Wreck”, giving the recap: “With the energy of a Real Housewife on a proprietary cocktail, she tries to convince, I don’t know, herself (?) that her dad is good to the LGBTQ community and that anything one hears otherwise is simply deceptions manufactured by Big Lie.”

It’s not the only reason people have been talking about Trump’s youngest daughter recently.

It was also Tiffany’s birthday two weeks ago, with the law graduate turning 27-years-old. It was noticed by followers that Donald Trump publicly wished the US Navy a happy birthday, but not his daughter. Ivanka Trump, on the other hand, did send out a birthday post, but tagged the wrong ‘Tiffany’.

trump's has exactly 62 minutes left to wish tiffany a happy birthday, prayers up

It all follows a history of Tiffany Trump being labelled the “forgotten” daughter of Donald Trump by the media and spectators alike.

Whilst her siblings, including Ivanka, Erica and Donald Jr., have all carved out public careers for themselves - with the exception of 14-year-old Barron - Tiffany has always been more low-profile.

Here’s everything we know about the president’s youngest daughter.

Raised by a single mother.

Actress and model Marla Maples and Donald Trump were married between 1993 and 1999.

In 2004, Donald Trump spoke about the moment Maples told him she was pregnant with their first child.

"I'm glad it happened. I have a great little daughter, Tiffany," Trump said on the Howard Stern show, in audio obtained by Newsweek. "But, you know, at the time it was like, 'Excuse me, what happened?' And then I said, 'Well, what are we going to do about this?' [Marla] said, 'Are you serious? It's the most beautiful day of our lives.' I said, 'Oh, great'."

After the pair divorced in 1999, Maples said she raised Tiffany as a single mother, and made the conscious decision to raise her “outside of the spotlight”. 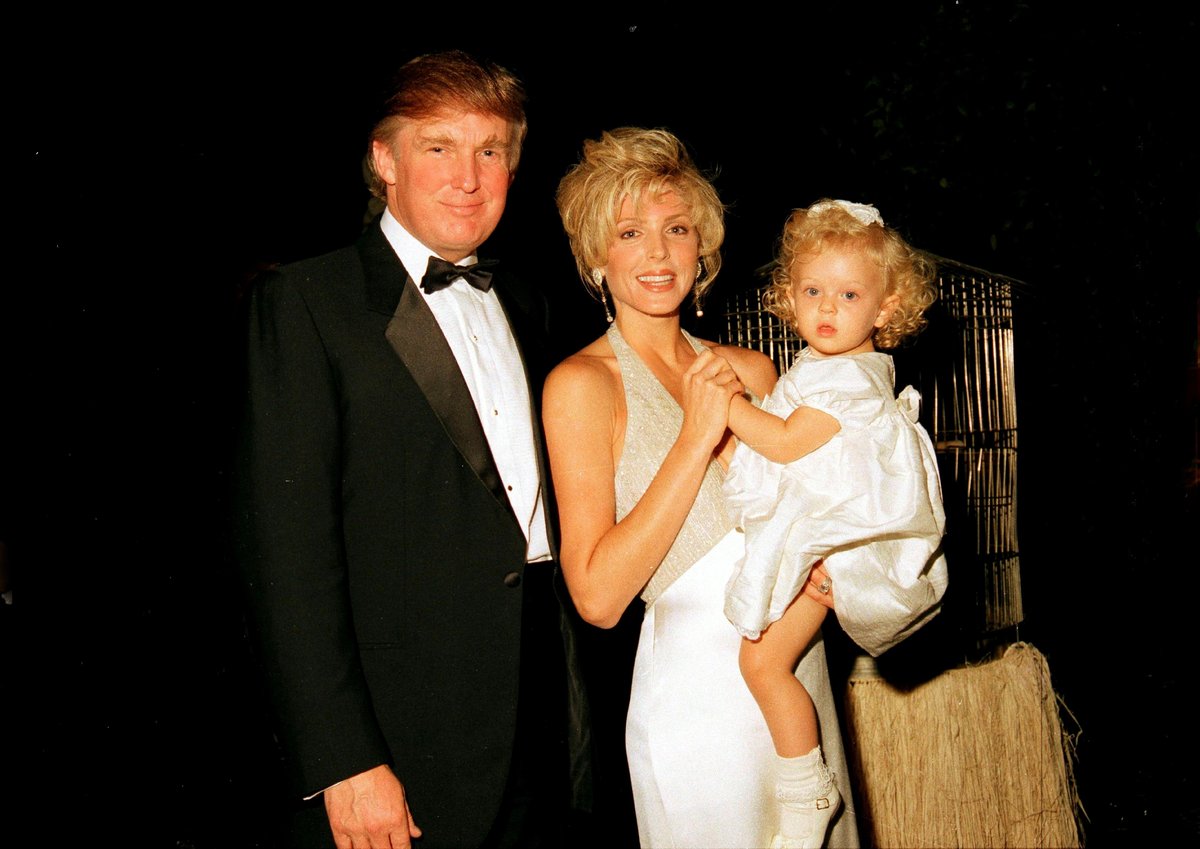 “Her daddy is a good provider with education and such, but as far as time, it was just me,” Maples told People magazine in 2016. “Her father wasn’t able to be there with day-to-day skills as a parent. He loves his kids. There’s no doubt. But everything was a bit of a negotiation.”

Also speaking with People, Tiffany explained her relationship with her father: "We see each other as much as possible and, of course, we speak on the phone. I think regardless of distance, I don't think that dictates any relationship strains. I really have an emotional bond with him and he was always just the funniest, most loving father. I'm so lucky to have parents who are so supportive of me, of each other."

In a profile for The New York Times, her mother admitted in 2016 that Tiffany “would like to get to know her father better and spend time with him like his other children did”.

She added: “Only now, he’s not in the office anymore. He’s on the campaign trail.”

Throughout his political career, Tiffany has spoken at both her father’s Republican National Conventions and appeared on the campaign trail - albeit not as frequently as her older brothers and sisters.

What is Tiffany Trump’s career?

Tiffany Trump was a student at the University of Pennsylvania, like her sister Ivanka, where she majored in sociology and urban studies. She graduated in 2016 - the same year her father was elected President of the United States of America.

In August 2017, she returned to University, this time as a law student. She graduated in May this year from Georgetown Law School in Washington, D.C. 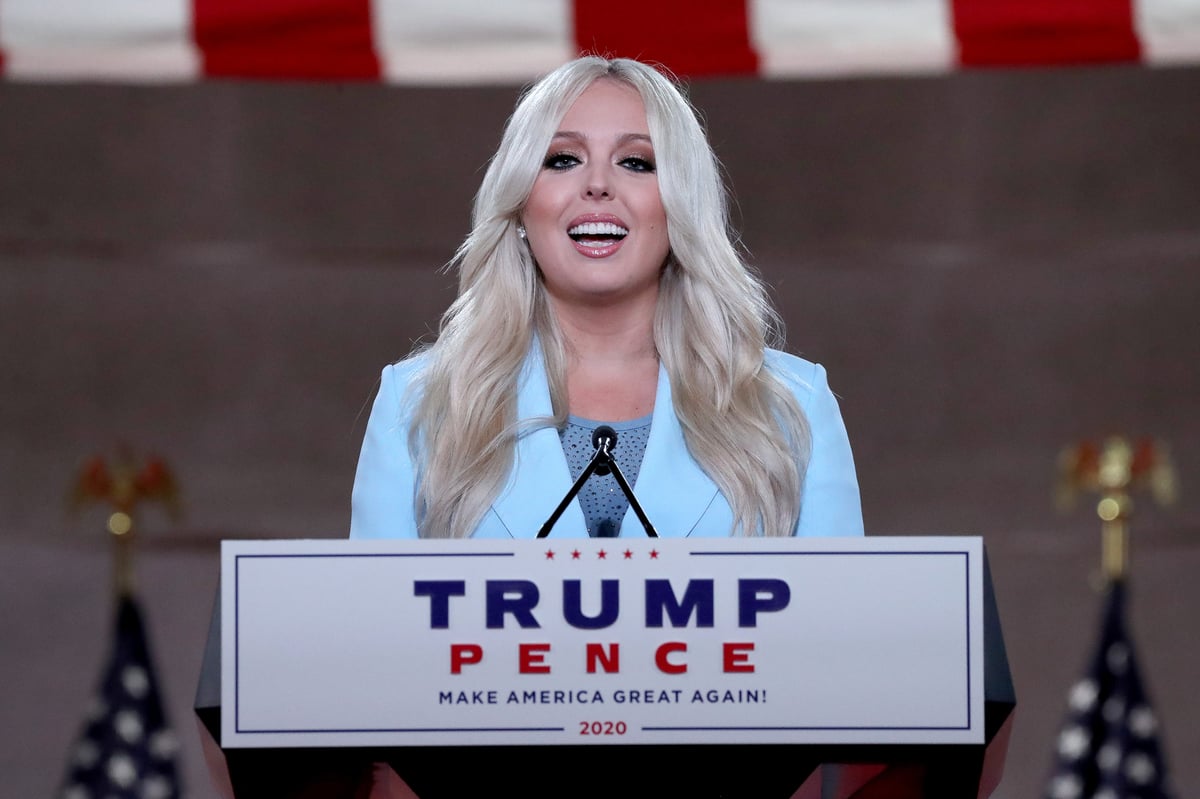 Before her University days, she infamously released a pop single in 2011, called ‘Like a Bird’. Let’s just say it received… poor reviews.

In 2015, Tiffany also interned at Vogue Magazine. She told People that she is "really interested in fashion and technology and kind of just want to be at a place that's innovative and new, where I can actually implement change and have a voice".

For now, though, it seems she is focused on her father’s presidential re-election.

The 27-year-old has also garnered a following on Instagram, where she regularly posts for her 1.3 million followers.

Last year, Tiffany Trump became the unfortunate victim of a ‘fat-shaming’ incident, when Madeleine Westerhout, President Trump’s then-personal assistant, told reporters that Donald Trump did not like being in photographs with Tiffany because he thought she was fat, according to The Guardian.

Westerhout was quickly fired from the White House, though Trump didn’t seem all that disappointed in her.

He tweeted: "While Madeleine Westerhout has a fully enforceable confidentiality agreement, she is a very good person and I don’t think there would ever be reason to use it. She called me yesterday to apologize, had a bad night. I fully understood and forgave her! I love Tiffany, doing great!"

While Madeleine Westerhout has a fully enforceable confidentiality agreement, she is a very good person and I don’t think there would ever be reason to use it. She called me yesterday to apologize, had a bad night. I fully understood and forgave her! I love Tiffany, doing great!

Since then, Tiffany has continued to keep a low-profile, only occasionally doing public appearances on her father's campaign trail this year.