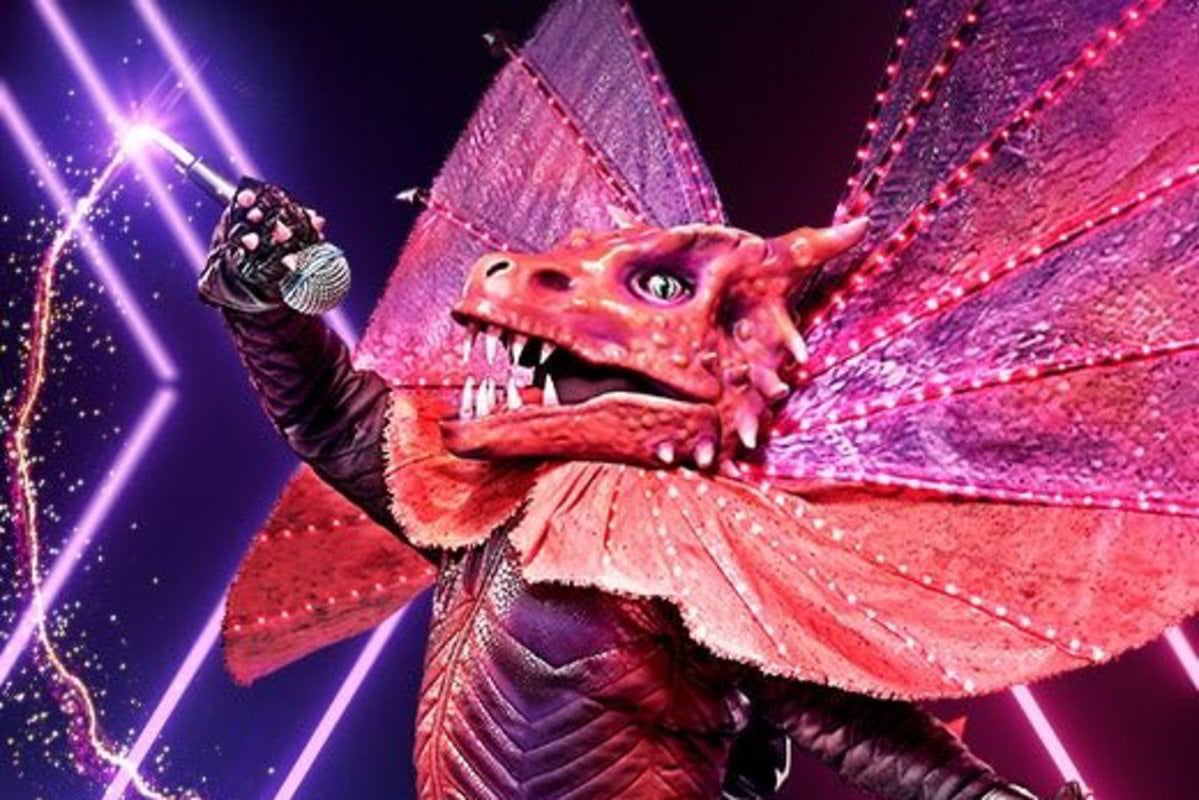 On Monday night, Osher and his furry (and sparkly) friends returned to our TV screens on The Masked Singer Australia.

This round saw Frillneck, Goldfish, Queen, Puppet and Dragonfly battle it out to be crowned the winner of the weirdest show on Australian TV.

Goldfish performed Bon Jovi's 'It's My Life' before being unmasked. Post continues below video.

While Goldfish was eventually unmasked as Christine Anu, viewers at home are convinced they know exactly who's behind the Frillneck mask.

And so are we.

You see, the Frillneck has left us a bunch of beetle-y and juicy clues that have led us straight to comedian/actor/singer/songwriter/all round lovable Aussie larrikin Eddie Perfect.

Let us break it down for you:

Eddie and his family moved back to Australia at the start of the pandemic.

Before the COVID-19 pandemic hit, Eddie and his family were living in New York where he was writing the songs for the hit Broadway musical Beetlejuice.

Just when the pandemic started, Eddie and his family relocated back to Australia. Eddie was set to star in Dolly Parton's 9 to 5 The Musical, however the musical has been postponed due to the pandemic.

This was a weird flight. But all the Aussies heading back home we’re incredibly kind, caring and generous; sharing wipes, gate information and even hand sanitizer. I mean, that’s just above and beyond. I was due to start rehearsals for 9 to 5 on Monday, but thanks to Covid 19 this is obviously impossible. The show will eventually go on, but right now everybody is doing the right thing and dealing with this pandemic. We’re back in Sydney in mandatory quarantine. Friends have already dropped off groceries from panic raided stores. None of us have jobs, but we’re currently healthy and counting our many blessings- like the calling of kookaburras this morning. Just glorious. Stay safe and distant everybody. These are very strange times. Anyone feeling the blues, reach out. Wanna know anything about anything? Writing songs? Whatever. I’m here. And the diary is pretty wide open as it happens.

Which means he is 100 per cent available to appear on the reality TV show of both our wildest dreams and weirdest nightmares.

Frillneck clue: In the second episode, Frillneck is seen playing a game of chess with... cockroaches, while drinking a glass of tomato juice. This is HANDS DOWN a reference to the Broadway musical Beetlejuice. 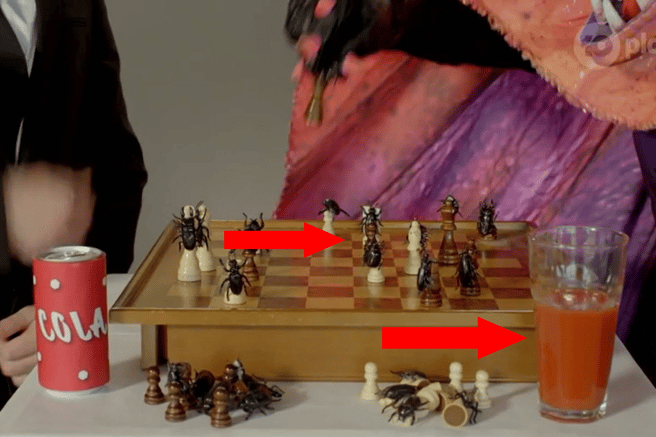 Frillneck clue: In the chess scene, there's also a sneaky can of "cola".

Evidence: This has got to be a clever reference to Eddie's one-man show Drink Pepsi, Bitch.

Frillneck clue: In the first episode, Frillneck explains that he's "waited a long time to get where I am. A lot of work goes on behind the scenes with the puppet masters." He then says he doesn't "work 9 to 5".

Evidence: This is a sneaky little reference to the fact Eddie was set to join the cast of Dolly Parton's 9 to 5 The Musical before the pandemic hit.

Frillneck clue: In episode one, Frillneck told us he knows what it's like to "be savaged by those you serve", while handing out newspapers to extras in his clues clip. In episode three, Frillneck said he likes to "take risks" and while they don't always pay off, we need to remember that "your critics aren't always right".

Evidence: Beetlejuice was widely panned during its first run in Washington DC, before opening to mixed reviews on Broadway, and then going on to become a cult favourite among fans.

Frillneck clue: In episode three, Frillneck says "we also love a larrikin" while protestors hold up signs that read "Take the other road", "Death is nigh" and "We heart Tony". 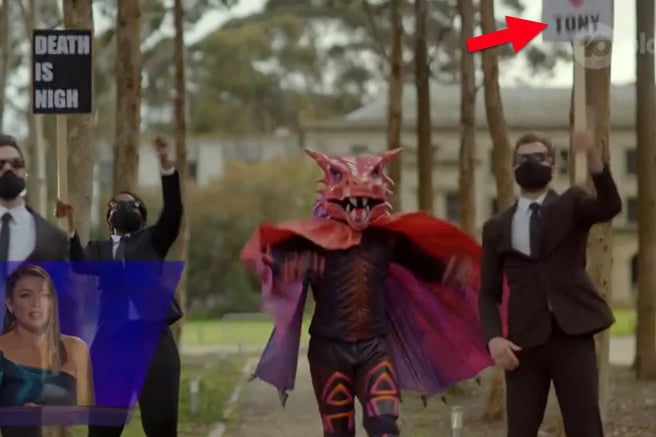 WE SEE YOU EDDIE.

Evidence: Beetlejuice's score was nominated for a Tony award in 2019, and who wrote that score? EDDIE BLOODY PERFECT, that's who.

Frillneck clue: Ok, this is a random one. In last night's episode, Frillneck said he doesn't care what Miley Cyrus thinks.

Evidence: This is a reference to the Hannah Montana song 'Nobody's Perfect'.

Finally, the rest of Australia agrees with us:

frillneck is eddie perfect, 100%!!!! "i don't care what miley cyrus said about me" is referring to the hannah montana song nobody's perfect 🤔🤪 #MaskedSingerAU

He is 100 per cent Eddie Perfect. I’ve watched enough Playschool recently to know that. #MaskedSingerAU

One of the most distinctive voices on the Australian stage, thats noone but Eddie Perfect #frillneck #maskedsingerau

Frillneck is Eddie Perfect 100% and im hyped. Bugs + juice = beetlejuice (he wrote the music for). Cola = his one man show Drink Pepsi, b****. I heart Tony = Tony Award nom. Also, sounds like him. #MaskedSingerAU