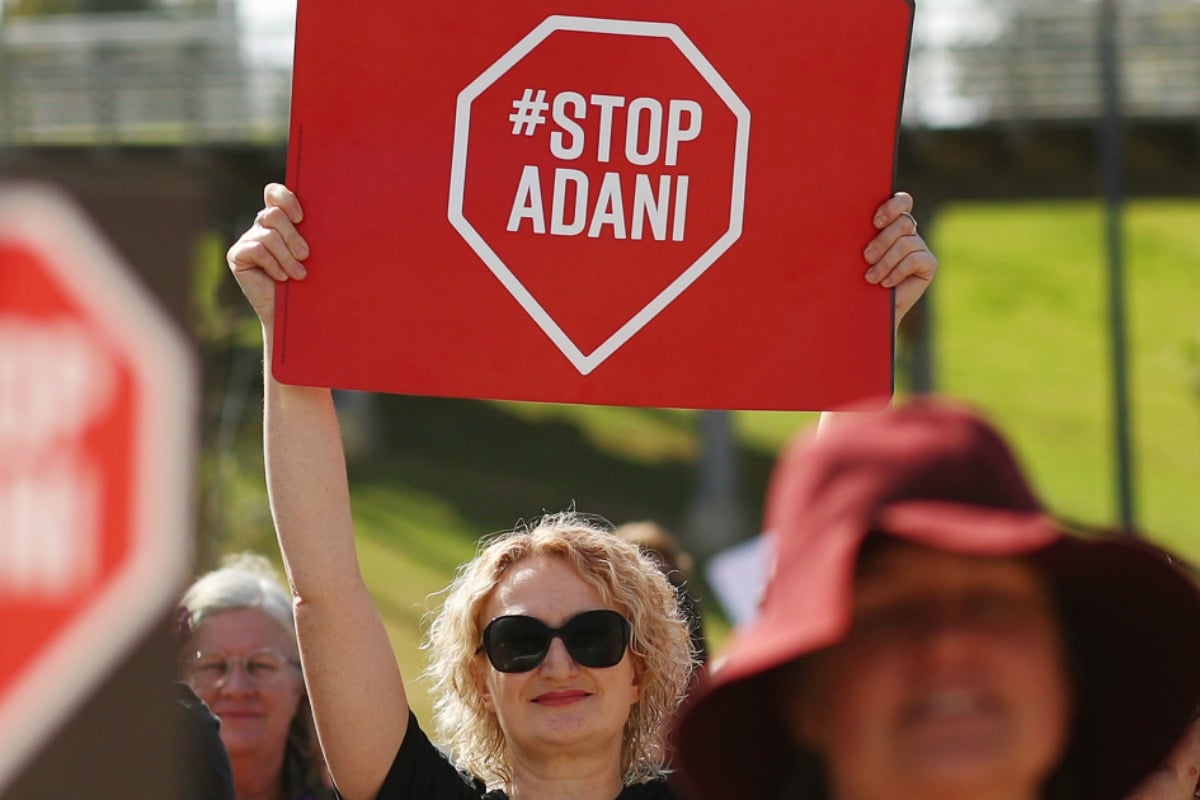 Adani has won the final approval it needs to construct its new coal mine in central Queensland.

Located north of the Galilee Basin, the project has been a subject of fierce debate for eight years.

On Thursday afternoon, Queensland’s environment department signed off on a plan to manage groundwater on and around the company’s Galilee basin mine site.

That’s despite enduring concerns held by some water experts that the mine could kill off an ancient springs complex, and have dire effects on the health of the Carmichael River.

Vocal advocates have argued that Adani (the name of the coal mine project run by the Adani group) will destroy the ancestral lands of Australia’s First Nation people – whose history dates back more than 60,000 years.

It is set to be the biggest coal mine in Australia’s history.

Here is how Australians are reacting.

Just came down for my lunch break at the hospital and saw that the Adani coal mine in central Queensland has been approved. Disappointed but not surprised. What is it with white politicians really wanting to fuck up the land (and earth) that provides so much for us??

Sickening and unconscionable. The lunatics, thieves and crooked politicians are running the asylum.

Disgraceful. The Queensland Government just approved Adani’s groundwater plan, despite concerns the mine could eradicate the Doongmabulla Springs. Corporate interests have overridden community concern yet again. The fight to #StopAdani is far from over. https://t.co/3e3r3soKN2

Well,what a surprise. Cowardice & barbarianism unique to the QLD State Labor Govt & LNP politicians has been confirmed. Having approved the Adani coal mine, the timer on a ticking carbon bomb that will leave a scorching legacy on Planet Earth has begun. #ClimateEmergency #auspol

This is really shit news – but it’s not over yet. #Adani still requires further Federal approvals to go ahead with extracting coal. https://t.co/RcWUDsTnxH

Adani’s mine has been approved, despite scientists saying publicly their environmental plans are not fit for purpose.

Check out this article from the people who assessed Adani’s finch plan. They absolutely eviscerate the company here.https://t.co/nPcCa34pn0

Shocked. Totally didn’t see this coming… Sarcasm is really lost online isn’t it. Well those 100 people getting a job must be over the moon!#auspol #adani https://t.co/gz88BbVaEy

An assault to our planet #StopAdani #Adani

Congratulations to the Queensland government for selling out the Reef, their water, and the environment in exchange for 100 ongoing #adani jobs.

As if today wasn’t bad enough, Adani just got the go-ahead

#Adani gets the green light to go ahead and will begin immediately! A triumph against the #LunaticLeft and a triumph for #CommonSense pic.twitter.com/qlw3p3XmjB

Honestly adani mine being approved should be an international headline. This is basically waving goodbye to the future of humanity, just so that they can mine a non-sustainable resource. You’ve fucked everyone, not just Australia.

What are your thoughts? Let us know in the comments below.

So this mine will directly supply tens of thousands of women with electricity in India so they don’t have to continue to burn cow dung for cooking as their villages are not yet on the power grid.

Meanwhile middle class virtue signalling women are expressing their outrage on social media and slamming down their half soy decaf lattes all throughout the inner suburbs in anger.

Which women are we backing?

Again Queensland terrorists destroy Adelaide's water with their greed. Australia only has one real river system and it's dying.