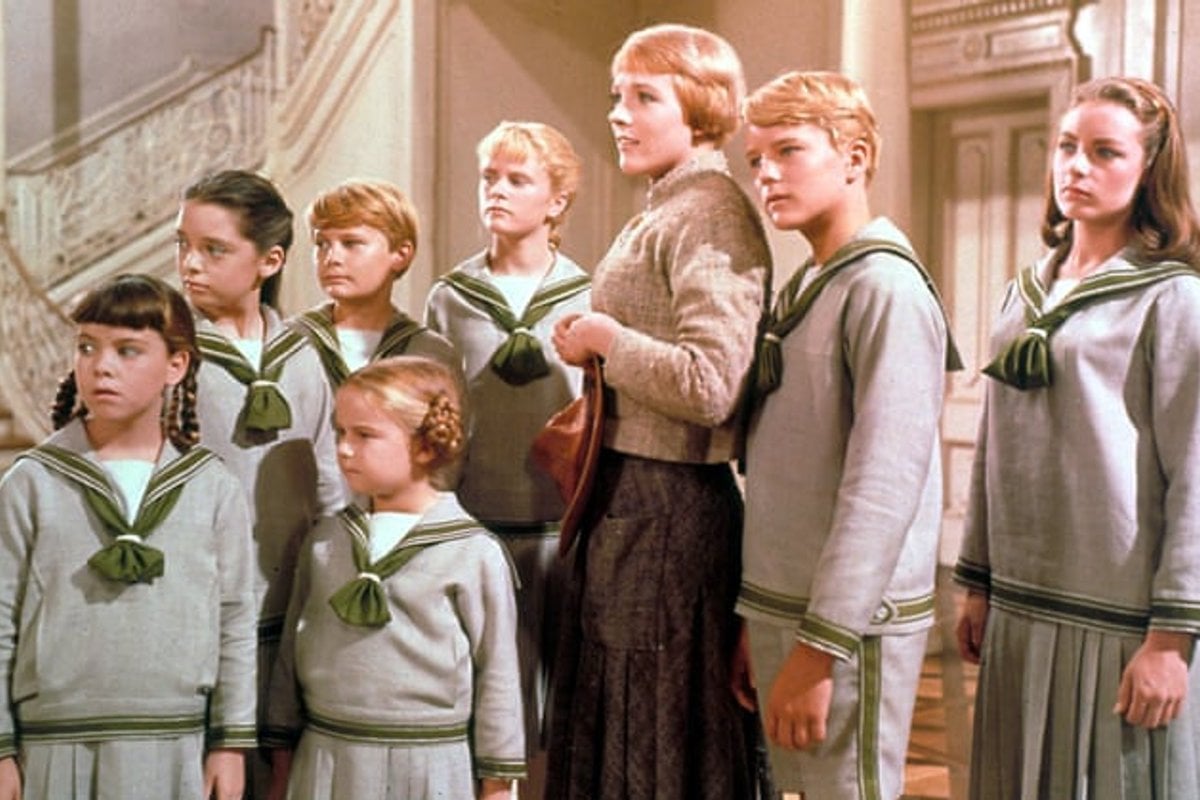 It’s been 56 years since The Sound of Music first hit movie screens, which means the kids in the film aren’t exactly kids anymore.

While some of them went on to do other things in showbiz, the majority of them disappeared like the Von Trapp family when they walked over the Alps singing Climb Every Mountain.

Obviously Julie Andrews went on to become an absolute QUEEN, but what about the Von Trapp children? Are they still wearing lederhosen and yodeling? (For the love of all things good in this world, please say yes.)

Watch: 'Sixteen Going On Seventeen' from The Sound of Music. Post continue below.

Sadly, a few of the cast members have passed away over the years, including Christopher Plummer, who died at the age of 91 in February 2021.

Andrews was one of many stars to pay tribute to the late actor who played Captain Von Trapp in the film.

"The world has lost a consummate actor today, and I have lost a cherished friend," Andrews said in a statement to Us Weekly.

"I treasure the memories of our work together and all the humour and fun we shared through the years. My heart and condolences go out to his lovely wife Elaine, and his daughter Amanda."

Five decades on from the film's release, here's where the kids from The Sound of Music are now.

Sadly, Charmian passed away in September 2016 from dementia. She was 73. Charmian was studying at university when she landed the role of 16-year-old Liesl. She’d never acted before, and won the part after a friend sent her photo to the film’s director, Robert Wise. Afterwards, she had a couple of big roles on TV, but left show business when she got married in 1967. After raising a family, Charmian started an interior design company and wrote two books about her experience making The Sound of Music. 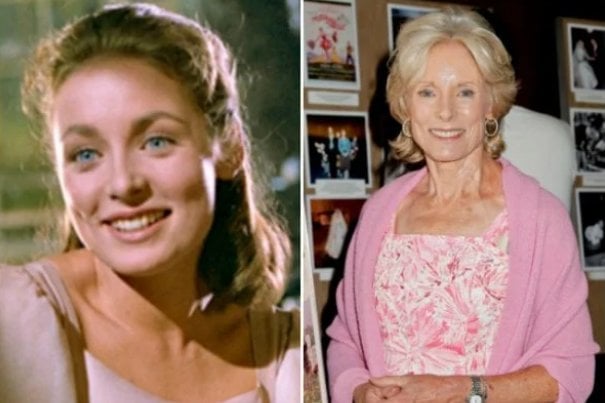 After starting out on Broadway, Nicholas went on to star in Lord of the Flies, before landing the role of Friedrich in The Sound of Music. He then landed roles on retro TV shows, including Hawaii Five-O and The Brady Bunch. In the 1970s, he played Peter Parker/Spider-Man in TV's The Amazing Spider-Man, before guest starring on more TV shows in the '80s, including The Love Boat and Magnum P.I. Nicholas moved to Australia in 1986, after falling in love with our fair country while working on a project here. He now lives in Sydney, where he continues to work in showbiz.

More recently he played Sam Wanamaker in the 2019 Quentin Tarantino film Once Upon A Time In Hollywood. 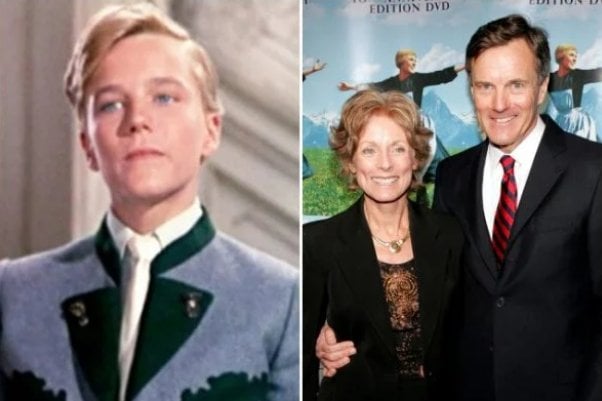 Heather is the second child star from The Sound of Music to have sadly passed away. She died on Christmas Eve in 2017 after being diagnosed with terminal brain cancer just one month earlier. She was 68. Following The Sound of Music, she guest starred on shows like Bonanza and T.J. Hooker, before posing for Playboy magazine in 1973. Heather left showbiz altogether after the death of her husband, Robert Urich, in 2002, and started the Robert Urich Foundation, which raises money for cancer research and offers support for cancer patients. 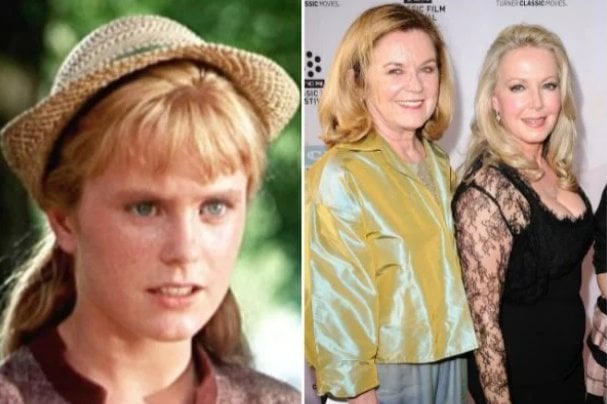 Duane was still in high school when he played Kurt in The Sound of Music, and after finishing the movie, he continued with his studies, eventually graduating from university with a degree in geology. He now lives in Washington and works in wildlife and forestry. 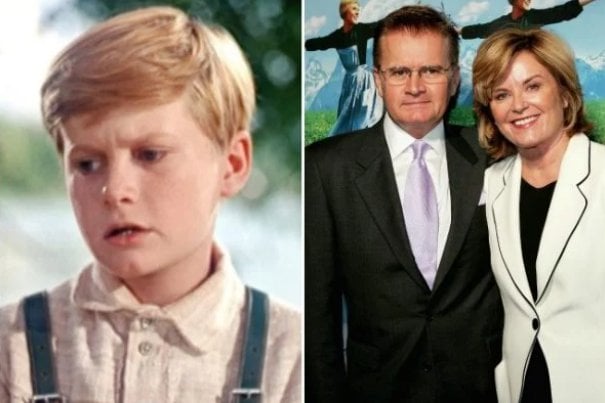 Born in England, Angela has been acting since she was three years old. At 13, she landed the role of Brigitta in The Sound of Music, before landing a starring role in the TV series, Lost In Space. Although she made a cameo appearance in the 1998 movie of the same name, Angela has spent the last 30 years working as a photographer in Los Angeles.

She also made a cameo appearance as in the Netflix series Lost In Space in 2019. 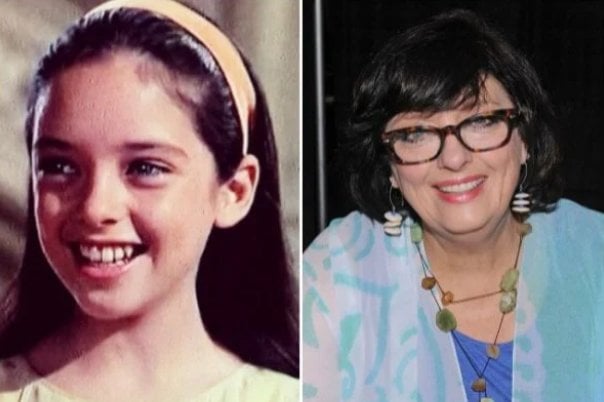 Following The Sound of Music, Debbie left showbusiness and continued with school. She worked as an interior designer in LA, before starting an award-winning floral and event design company called Debbie Turner Originals. She left California for Minnesota in 1985, where she and her husband raised their four daughters.

Kym started acting at just three years old, starring alongside Hollywood heavyweights like Henry Fonda, Doris Day and James Garner. Following The Sound of Music, she had guest roles in TV shows like The Brady Bunch and Lost In Space. She eventually graduated from university, before moving to Paris, where she studied art history and worked as a model.

After getting married and starting a family, she temporarily left acting. Kym says she's been afraid of water ever since she almost drowned while filming the scene in The Sound of Music where everyone falls out of the boat on the lake.

The 62-year-old also co-founded the Aurelia Foundation, a non-profit that serves adults with disabilities. 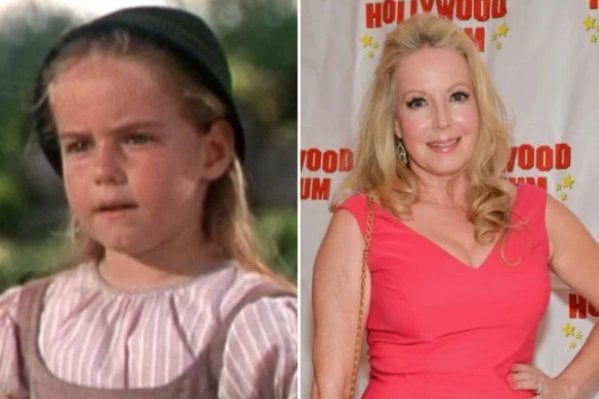