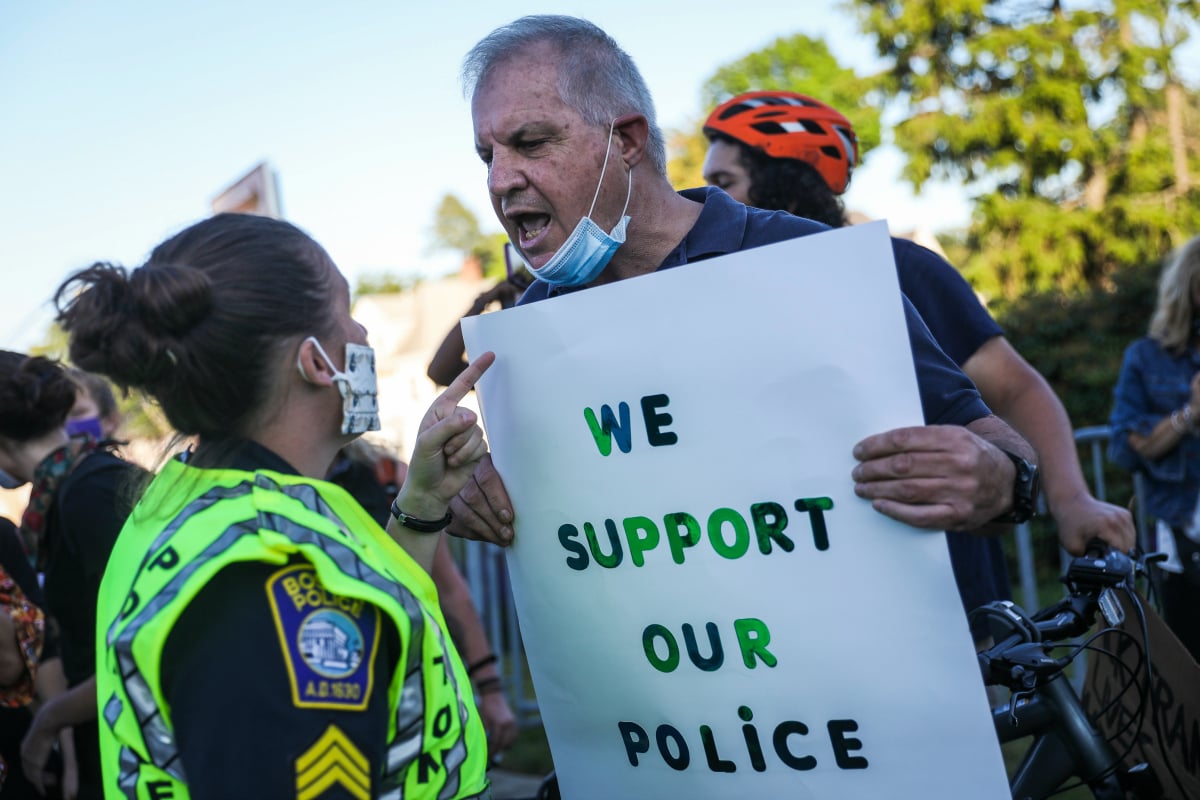 Since the death in custody of black Minneapolis man George Floyd, the Black Lives Matter movement has gained momentum around the world.

Hundreds of thousands of people have marched in the streets calling for an end to systemic racism; be it the disproportionate use of lethal force by American police against Black citizens, or the fact that Indigenous Australians are ten times more likely to die in custody than non-Indigenous Australians.

"It's time for us to stand up in George's name": Rev. Al Sharpton's speech at George Floyd's memorial.

But the strength, size and visibility of Black Lives Matter over the past three weeks, has led some to question why other causes don't attract the same groundswell of support.

'What about police who get attacked or shot?'

'What about people of other races who die in custody?'

'What about an "All Lives Matter" movement?'

This tendency to point fingers elsewhere is referred to as 'whataboutism'.

Whataboutism is a tactic of deflection and distraction used in the face of criticism.

NPR's Danielle Kurtzleben puts it this way, "Party A accuses Party B of doing something bad. Party B responds by changing the subject and pointing out one of Party A's faults — 'Yeah? Well what about that bad thing you did?'"

The term was coined during the Cold War to describe the way the Soviet Union propagandists deflected criticism by highlighting problems in other countries.

For example, if the United States publicly called out human rights abuses in the Soviet Union, the Soviets would respond by calling out the Americans for their history of lynching Black people. And so on, and so on.

US President Donald Trump is another a big fan of whataboutism.

During the investigation of Russian meddling into the 2016 presidential election, he was literally using the phrase "what about" to divert attention to his opponent and avoid answering the charges.

What about all of the contact with the Clinton campaign and the Russians? Also, is it true that the DNC would not let the FBI in to look?

...What about all of the Clinton ties to Russia, including Podesta Company, Uranium deal, Russian Reset, big dollar speeches etc.

The fundamental flaw in whataboutism arguments.

The fatal flaw of whataboutism is that it's a logical fallacy.

Whether or not the accuser is also guilty of an offence has no bearing on the truth of the original accusation.

Prioritising one issue over the other at a particular moment in time doesn't make the other any less true or valid.

Perhaps the most prevalent whataboutism that's emerged around the BLM movement is the "All Lives Matter" retort, which essentially asks: What about everyone else?

As if it's an either-or situation.

You can read about how to respond to that in our previous article, but here's one way to start the conversation: "The word 'only' isn't anywhere in the phrase 'Black Lives Matter'. So let's focus on what it really means..."

It's basically a convenient way of avoiding personal responsibility by changing the subject and dictating the terms of conversation.

Because it's far easier to distract ourselves and others than be truly self-critical.

Using the BLM example, accepting and supporting the premise of the movement (which, in the organisation's own words, is "imagining and creating a world free of anti-Blackness, where every Black person has the social, economic, and political power to thrive,"), means: confronting deeply ingrained ideas about race; acknowledging our place in the system of white supremacy; and making a conscious, continuous effort to be anti-racist. (You can read more about how to be actively antiracist in our previous article.)

Many of us are beneficiaries of the system that's currently being criticised. Accepting that can be confronting and doing the work to dismantle it can be tough.

But that alternative is far, far tougher for those oppressed by it.

So, now that the world is finally having this conversation en masse, let's not change the subject.