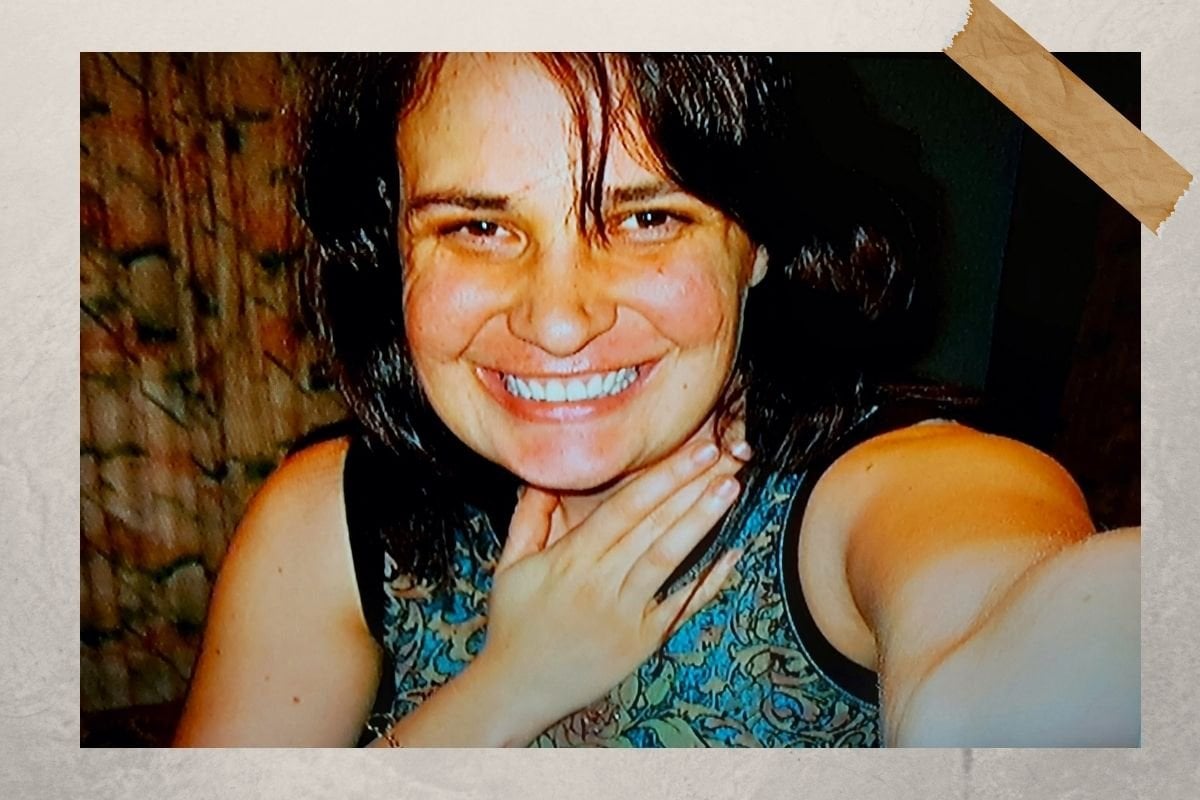 Diana and *Kate met when they were five years old and grew up side by side.

Kate was the leader. The confident one. The one who was better at dating and boys and decisions.

Diana was the insecure one. The one who was happy to be bossed around and belittled because she was just glad to have a friend, let alone a best friend.

Diana (pictured), met Kate when she was five. Image: Supplied.

Kate started dating *Tommy in their 20s and they all started hanging out together most weekends.

Diana was never attracted to him. But she was jealous. Why did Kate have a boyfriend, while no one wanted to date her?

Kate used to go overseas every six months to see family, and while she was gone she'd ask Diana to hang out with Tommy and keep him company.

One night, after Diana and Tommy went to the movies together while Kate was overseas, he kissed her.

"It was like a scene from a movie, I was just like 'what are you doing?'" a now 47-year-old Diana told Mamamia. "Unfortunately, I allowed myself to be drawn to it and we made out."

From there, things started to escalate.

"Initially, we agreed not to let it go any further. But over time, I noticed he would look at me in a different way. We'd sit down somewhere, [and] he would still caress me behind her back or try to grab my hand. Or if we'd go somewhere he'd pull me into the room and kiss me. It happened intermittently over the years until it eventually turned sexual," Diana explained. 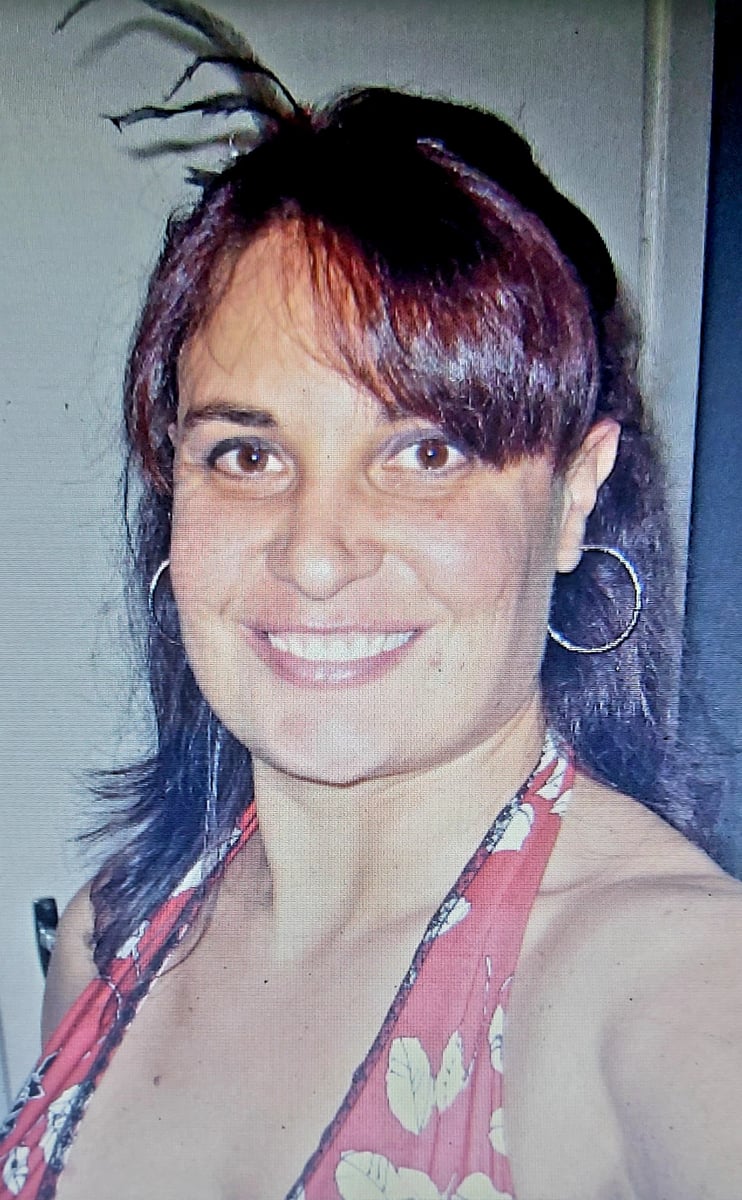 Diana has had two relationships in her life, both were with 'taken' men. Image: Supplied.

For 12 years, Diana and Tommy had an on-and-off affair behind Kate's back.

"When he made that first move, I guess it fed my insecurity to a degree because at least someone was showing me interest.

"I felt a lot of guilt. And yet I always succumbed to his advances because I was so lacking in confidence in myself and I didn't believe in myself. So I was consumed by self hatred and self disgust, but at the same time I was torn because he was giving me the attention I was craving," said Diana.

When they reached their 30s, Tommy asked Diana how he should propose to Kate. She suggested a romantic picnic on the beach.

A year or two later, Diana finally decided to end things. But instead of talking to her friend, or breaking up with her friend's fiance, she set up a situation for Kate to discover them in.

"I did it that way because I was hurting myself, and I felt like this is my way of inflicting some pain, which is childish, but that's how I felt at that time. So I thought, alright, tonight, I know he's going to make moves. I know that she will be around. It's going to be ended tonight.

"That night we had a few drinks and were watching TV, and then he asked me to come to the other room to choose another movie and he kissed me again."

Kate heard them, and everything blew up from there. He denied it, but Diana ended up telling her everything.

Initially, when they were caught, Diana felt an overwhelming sense of relief. But as she told Mamamia, it was also "soul destroying."

"I was suicidal. I was heartbroken. I felt very guilty. I hated myself for allowing it to happen, and not having the strength to prevent it [from happening] in the first place. It affected me more than I imagined. It just made me hate myself even more and affected my future relationships because I don't trust men."

Diana has had one other relationship in her 47 years, with a married father.

She met him at work, and they started dating. This affair was different to Diana's first, because she pretty quickly fell in love with *Daniel. It was emotional, not just sexual.

"It was a totally different relationship compared to my friend's partner. Because I felt more emotion towards him. To me, I felt he had more respect for me. That sounds weird. But I sort of felt like this was almost like a normal relationship. But unfortunately, he just happened to be married with children," she told Mamamia.

When asked why she decided to date another taken man, Diana explained to Mamamia, that it was because she didn't value herself. She didn't have any self respect, and she thought this was the only kind of relationship she was capable of having. Or that she was worthy of having.

That affair lasted about two years, and overlapped with the first. She ended them both shortly after eachother.

With Daniel, she tried to make him choose her first, but that blew up in her face.

"You are expecting too much from me, I'm a married man. I have settled," he told her, before trying to set her up with another of his married friends to "fob her off" for a while so that he could pick up the affair again once she'd 'calmed down.'

Diana called his wife, and told her everything. He, like Tommy, denied it all.

It's taken Diana nearly two decades to come to terms with what she did and one of the hardest things to reconcile is the fact that both men remain in those relationships. She, on the other hand, has been portrayed as the 'home-wrecker' and has had all the blame and shame placed on her and her alone. It's fed her belief all these years that she doesn't deserve genuine love and happiness.

"I was just a piece of dirt to these men," she told Mamamia. "For 16 years I've felt I am this s*ut who takes married men. But now I'm starting to understand.... I'm not trying to say I'm a victim here. I'm not. I made poor choices, but I'm also not the only one at fault.

In recent years Diana has been working with a psychotherapist who has diagnosed her with a major depressive disorder. She suspects Diana's always had depression and anxiety and has suggested that it's factored into her choices and behaviours in life.

Aged 47 Diana is finally ready to start trying to love and forgive herself for her part in the affairs. Image: Supplied.

Diana still doesn't trust men. She hasn't had a relationship since the affairs ended in her mid-30s, but she finally feels like she's on her way to forgiving the part she played in them.

"I have never respected or loved myself, but it's coming along... I do value myself a bit better [now]. And I think part of the reason why I'm doing this [telling my story], is because I'm acknowledging it and saying well, I made errors. I made bad judgement."

The other reason Diana is telling her story is because she has found, in her experience, it's much easier for women to blame the 'other woman'. To think she is the home-wrecker. That she was playing games. That she came on to him.

"I could never understand why these two ladies still forgave their partners, but yet blamed me," she said.

As she told Mamamia, for her the reality is this: she was a very unhappy, insecure and broken woman. And two taken men decided to take advantage of that.

You can hear more from Diana and others on Friends Forever? at 8.30pm tonight on SBS Insight.

Reply
Upvote
You are worth so much more, forget the past you have paid enough. l wish you pure love & happiness as you deserve it