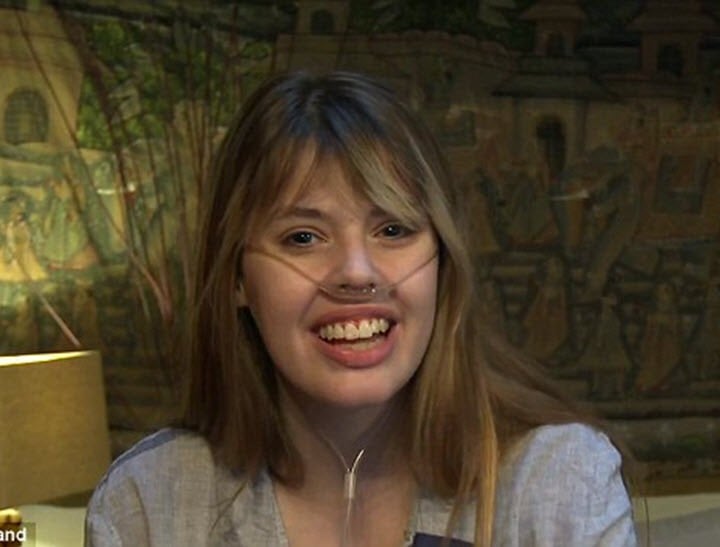 A teenage girl describes what it’s really like to be in a coma. And it sounds absolutely terrifying.

Claire Wineland was a 13-year-old undergoing a routine operation when she succumbed to an infection called blood sepsis and was placed in a medically-induced coma.

There she remained for two weeks as doctors tried to fix the infection.

Five years on, Claire, who suffers from Cystic Fibrosis, is now an 18-year-old high school graduate. And she still has vivid memories from the two weeks she spent in a coma.

Claire has been asked countless times what she can remember from those two weeks, so she filmed herself describing the experience and uploaded it to YouTube.

“Being in a coma is like a magnified and intense version of our own dreams,” she said in the video.

“Everything that happens in the real world, you hear, you’re aware of, you kind of know what’s going on, but it goes through this weird filter thing in your brain.”

From dreaming she was walking through Alaska, freezing, to feeling like she was trapped and dangling upside down from a hammock, Claire’s visions seemed to be incredibly vivid and gripping.

While she was dreaming, doctors were trying everything to save her life. When her body was being ravished by a high temperature, doctors used ice packs to cool her down. In Claire’s mind, she was in Alaska, walking through a field.

“I’ve never been to Alaska. I’ve never shown any interest in Alaska, but for some reason while I was asleep, I kept going to Alaska in my head, and it was so beautiful,” she said.

You can watch the video below.

Chris was 21 when the hospital turned him away. He died days later.

The man who ended his life before he got sick.

April was 17 when she woke from a coma to find she was pregnant.

Wow - just watched all of her videos. She is amazing.