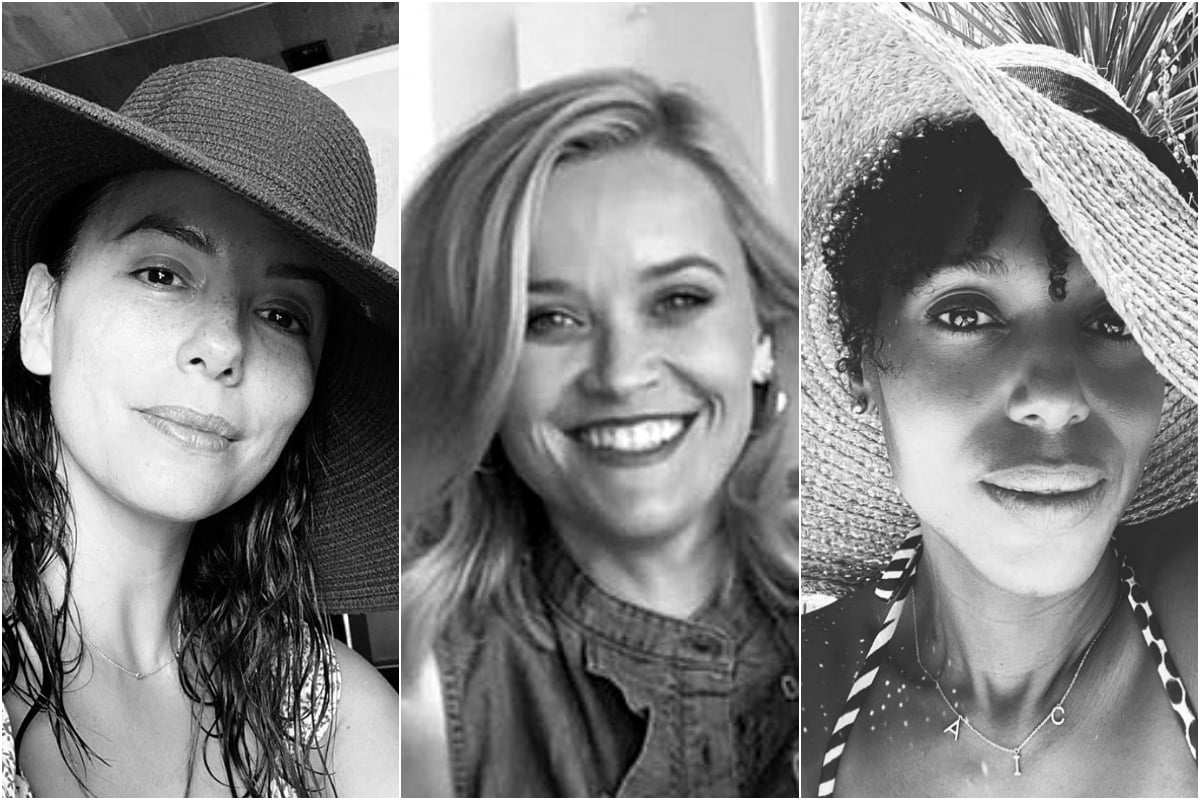 Have you suddenly noticed black-and-white portraits in your Instagram feed?

They'll likely be closeups of women's faces — some famous, plenty not — with a few names tagged and a caption that declares "#challengeaccepted".

So, what is the challenge exactly?

The social media trend professes to be an exercise in #womensupportingwomen, in which we invite each other to upload a grey-scale selfie in an apparent show of solidarity and celebration of the sisterhood.

Why this particular medium was chosen remains a mystery. As do the challenge's exact origins.

What is #ChallengeAccepted about?

It appears early posts using the formula were made by Brazilian women, some time around the middle of July.

Local media outlets there were reporting at the time that celebrities had begun sharing selfies with little context beyond the phrase "desafio aceito" (challenge accepted).

According to those reports, the posts were the product of a private message doing the rounds — basically, a modern version of chain mail — that read: "There are a lot of criticisms among women; instead, we should take care of each other. We are beautiful the way we are. Post a photo in black and white only, write 'challenge accepted' and mention me. Pick nine women to do the same, privately. I chose you because you are beautiful and incredible."

But #challengeaccepted and #womensupportingwomen has taken other forms, too. In Turkey for example the hashtags are being used to draw attention to domestic violence, following the murder of university student Pınar Gültekin by her ex-boyfriend. In that case, the black and white photos mimic the kind that appear in newspaper and television reports about slain women.

For the most part, though, Instagram users will see the more Hollywood take, with phrases like "lift each other up" and "spread the love" dotted through the caption.

The New York Times theorised that the American boom of the challenge may have been sparked by US Congresswoman Alexandria Ocasio-Cortez's empowering speech in the House of Representatives last week, in which she railed against the sexist treatment she — like most women — has experienced in her day-to-day life.

Somehow, the outlet proffered, that groundswell of feminist solidarity manifested into more than 3.8 million posts like this.

#Challengeaccepted! Thank you to all the magical women in my life for the endless love and support. ✨ May we all continue to shine a light on one another. This is what sisterhood is all about. #womensupportingwomen

🤍 Challenge Accepted 🤍 @vanessabryant and @malika thank you for choosing me for this! To all my Queens- Let’s spread love and remember to be a little kinder to one another 🤍 #womensupportingwomen

Thank you for the ♥️, @rachelzoe @amypurdygurl @jenniferlovehewitt @mollybsims. I’m sending love back to you and heaps to all women looking after their sisters. That’s how it’s done, ladies ♥️♥️♥️. #challengeaccepted #womensupportingwomen

#ChallengeAccepted 🥰 Thank you to all the amazing women for your beautiful messages & nominating me for this challenge. I love when women come together to support each other. One woman can make a difference but together we can rock the World! 🙌❤️#WomenSupportingWomen pic.twitter.com/TlAkhOXpMQ

I accept the challenge @moniqueidlett We are all we got. I appreciate my sisters. It is NOT a challenge to love my sisters but a gift and a bond that we have and should cherish as long as we walk this earth. WE WALK THIS EARTH TOGETHER NO MATTER WHAT!!! So honored!!! Thank you to all my sisters! ✊🏾🙏🏾💋💋💋

Of course, the challenge isn't one; not in the traditional sense of the word, at least.

In social media terms, 'challenge' refers to a campaign or movement that invites users to engage. Say by uploading a video of ourselves doing a certain dance move (#renegadechallenge) or freezing (#mannequinchallenge) or sharing photographs to show how much we aged between 2009 and 2019 (#10yearchallenge).

In the context of Instagram, the challenge is simply: are you joining in, or not?

That's precisely why the purpose of this particular one is being questioned by some.

Brooke Hammerling, founder of tech advisory firm The New New Thing and author of Pop Culture Mondays newsletter, is among the critics of #challengeaccepted.

"I am ALL for women supporting women, but I am not sure how a black and white SELF portrait does that," she wrote.

Hammerling suggested that rather than sharing a "vanity portrait", we share pictures of the women who inspire us.

She's not alone in her take.

I am a huge believer in women supporting women — obviously! — but I don’t understand this “challenge” at all. How is it empowering to other women to post a selfie? Would it not make more sense to post snaps of other woman who empower us? https://t.co/IHn8sguRi2

You're not alone here. I don't get this new "challenge" either. wouldn't it be more appropriate to instead post work we have recently enjoyed that was created by other women? (Books, docs, magazine articles, beauty products, apps, charities, etc...)

Critics have also noted that the challenge works on the basis of invitation. Women are meant to wait until they're tagged by a friend or follower before they participate, which does seem at touch at odds with the "we're all in this together" spirit it claims to foster.

But clearly, to most (almost four million, anyway) #challengeaccepted is simply a gesture of positivity, support and solidarity in a time when those things are sorely needed.

Reply
Upvote
2 upvotes
Yeah, I'm with the critics here. I've seen a couple of these on my Insta feed, and all I think is 'well, that's a nice picture', and that's about it. And because all they write is "challenge accepted", there's no explanation - so what's the point?
M
mamamia-user-482898552 a year ago