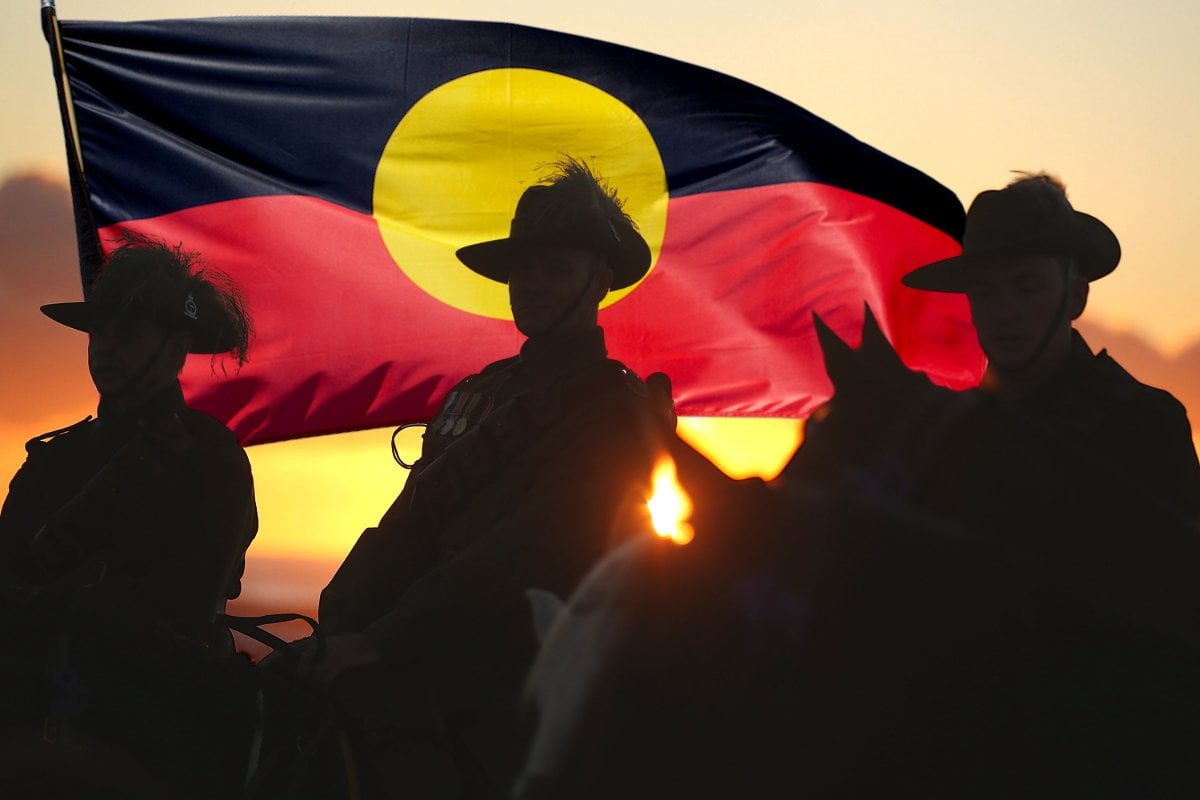 ANZAC Day is a time to stop and pay your respects to the people who sacrificed their lives for our country. Many families still gather together every year to pay tribute to their grandfathers and grandmothers who served.

This time of year allows us to be thankful for what we have and to cherish the hard-won freedoms our soldiers died to give us. For Indigenous Australians, however, it’s yet another reminder of our position as second-class citizens in our own country.

The mere mention of Aboriginal and Torres Strait Islander servicemen is often met with remarks like, “I didn’t know they served.” This is hardly surprising, given the total lack of education surrounding Indigenous history.

But by glossing over this fact, we also miss an opportunity to talk about the inequalities that Indigenous Australian soldiers faced when they returned from serving, both overseas and at home.

Fighting a common enemy together did lead to lifelong friendships between both Black and white servicemen. Some had hoped that the respect earned on the battlefield would translate into the everyday minefield that is White Australia. They were sorely mistaken.

Here are just a few examples of mistreatment:

According to some RSLs, dying for your country was allowed but going for a drink with friends was unacceptable. At least if you are Indigenous. Upon returning from war, many Aboriginal veterans were still barred from RSLs, except on ANZAC day, as reported by ABC and the Australian War Memorial website.

Denied land packages that were given to white veterans upon return.

Our ANZACs returned home, bodies marred with scars, brains racked with trauma. It’s only fitting that the government rewarded these brave men and women. Thus, the introduction of the Soldier Settlement Scheme.

This scheme was introduced in order to help veterans adjust to civilian life and provide them with a security net. However, Indigenous service people were not permitted to benefit from this scheme, as reported by the Australian Institute of Aboriginal and Torres Strait Islander studies. So not only was Aboriginal land stolen from traditional owners upon colonisation, Indigenous soldiers also witnessed parcels of land being distributed to white veterans while Aboriginal servicemen received nothing.

There are only three documented cases of an Aboriginal person receiving land from the government when they came home, which was not conducive to farming and eventually had to be left anyway.

While they were paid equally during their time in service, many Indigenous veterans returned to work only to be paid unequal wages compared to their white counterparts, if they were paid at all.

Listen: The Quicky speaks to two women who have been married to military men for a long time, about the unseen challenges they face every day. Post continues after podcast.

Some Indigenous veterans signed up to serve in the war because they longed for equality. And they got it.

At least until their service ended. Then it was back to segregation, being denied entry, no right to vote and having your children stolen. In other words, nothing changed.

Overall, it seems to be just another dark mark in Australia’s history. It is important that we know the truth about our ANZACs. It is vital that we honour everyone who died, not just the ones with white skin. It is essential that we are taught about the contribution of Indigenous service people.

They braved bullets, tanks and bombs for a country that shunned them the moment they got home.

We must be brave like our ancestors and wade through every dark, bloody, scary and heartbreaking part of our history.

That way we can learn from our mistakes, educate ourselves and our kids towards a better future.

Nikki Erin is a Gunggari woman living on Meanjin land. She is a writer, singer, actress and designer for Outrageously Rebellious Women. You can find her on Instagram @nikki.erin or Twitter @nikkierinmusic