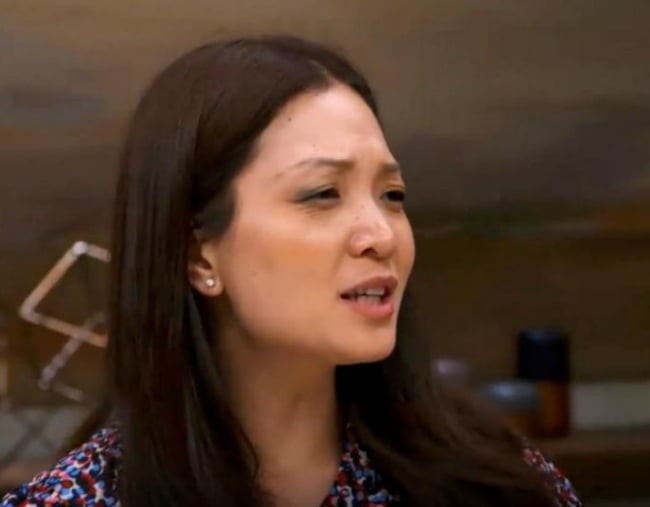 My Kitchen Rules’ contestant Suong Pham’s shock hospitalisation during Monday night’s episode had many fans concerned about what really happened.

After complaining of stomach pains, the 38-year-old Melbourne mum was taken to hospital in an ambulance and the dinner party continued, with no speak of her mystery illness that night or in Tuesday night’s episode.

However, Suong revealed in an interview on Tuesday morning’s Sunrise, that she had contracted an internal virus in Western Australia while visiting Stella and Jazzey’s instant restaurant.

Watch as Kim finds her friend rugged up outside complaining of cramps. Post continues.

Video via My Kitchen Rules

She told TV Week how terrifying the experience was.

“It was a scary moment.”

The mum explained that though she doesn’t remember those minutes well, she does remember trying to convince her concerned friend Kim and the rest of the cast not to call an ambulance.

“I remember saying, don’t call the ambulance, I can get a cab. I was worried about the fees but I didn’t want to make it a big deal.”

Although viral infections can be caused by food poisoning, Suong insisted she was not sick from any of the contestant’s food and suggested to TV Week she her sickness may have resulted from an immune system weakened by stress, lack of sleep and frequent travel.

“It was probably the first time in the competition I was able to rest. But I can’t complain, because all the competitors went through it.”

Suong soon recovered from her illness, but fans were left angered at the way her hospitalisation was used to promote the show ahead of the episode.