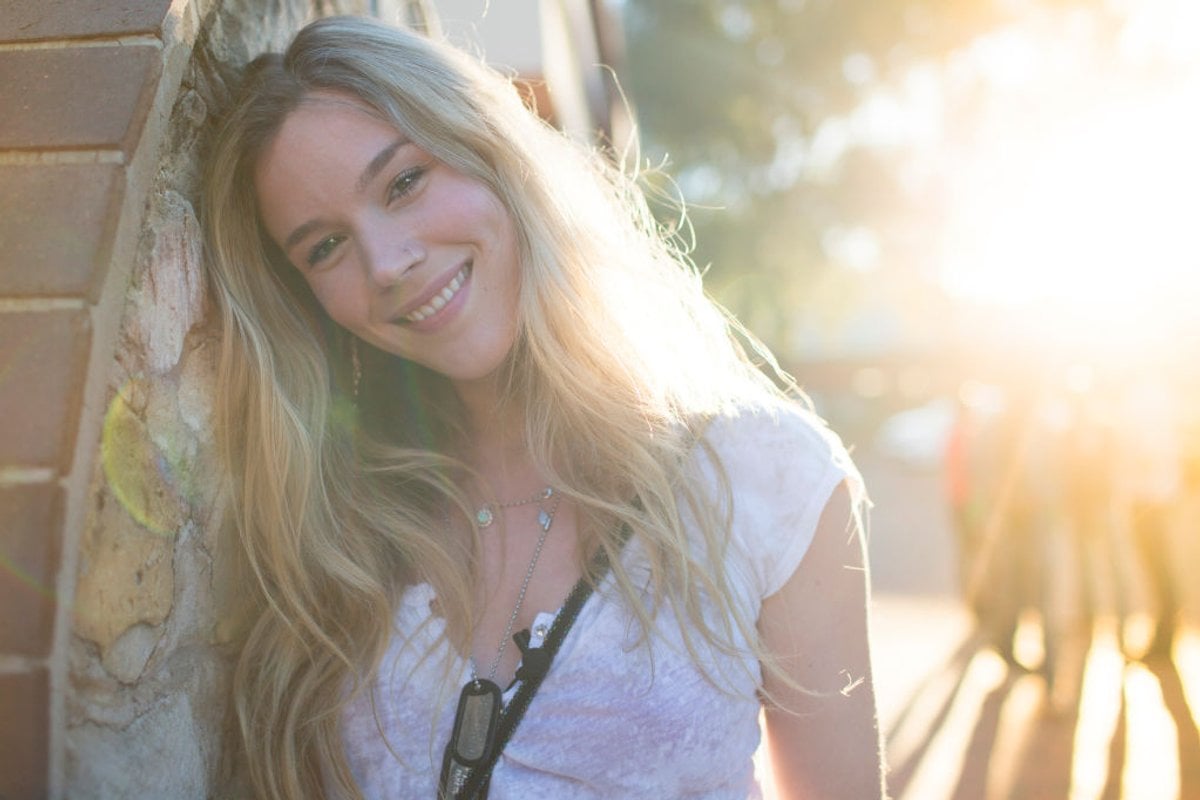 Back in February, a singing sausage won the UK finale of The Masked Singer after battling it out against a robin and a badger.

And to our great surprise, that sausage was revealed to be none other than international music star, Joss Stone.

The 33-year-old singer, who was heavily pregnant at the time of recording, said she was "in shock" and had not expected to win the competition.

A rather modest response considering she had sold seven million copies of her first two albums before the age of 20.

But after such a promising start in the music industry, what actually happened to Joss Stone?

In 2001, at 13, Joss Stone - real name Joselyn Eve Stoker - competed in the BBC Television talent show Star for a Night, winning the contest with her rendition of Donna Summer's 1979 hit On the Radio.

Stone was then swiftly flown to New York by S-Curve Records founder, Steve Greenberg, who signed her on the spot.

Stone, who grew up in Devon in the UK, was just 16 when she rose to fame with her critically acclaimed, multi-platinum debut album, 'The Soul Sessions' in 2003.

She became the youngest ever singer to top the UK album chart.

Since then, Stone has released a further seven studio albums and won nine awards for her music including one Grammy, and two Brits.

At one point, she was the fifth richest singer under the age of 30 in England.

According to The Sun, although Stone hasn't released an album since 2015 (and hasn't had a hit since 2004) the singer still rakes in AUD $1.8million a year from her music.

In June 2011, two men were arrested just kilometres from her Devonshire home, after suspicious neighbours called the police.

Kevin Liverpool, 35, and Junior Bradshaw, 32, were found to be carrying an array of weapons including samurai swords, as well as rope and a body bag.

In their vehicle, police found a note revealing plans to decapitate her and dump her body in the river.

The pair were charged with conspiracy to murder, rob and commit grievous bodily harm.

In court, Stone, who had been at home at the time of the arrests, described the moment she was informed of the plan.

"Apart from someone coming around to say someone is trying to kill me, it was a really nice day," she said.

Stone told the court that she never used the burglar alarm on her house or locked the front door, explaining: "I've lived in Devon for a long time and nobody really shuts their door... but I do now."

It was believed Stone had been targeted due to her wealthy status and close ties to the Royal Family (she was close friends with Prince William and Prince Harry, even attending the former's April 2011 wedding to Kate Middleton.) 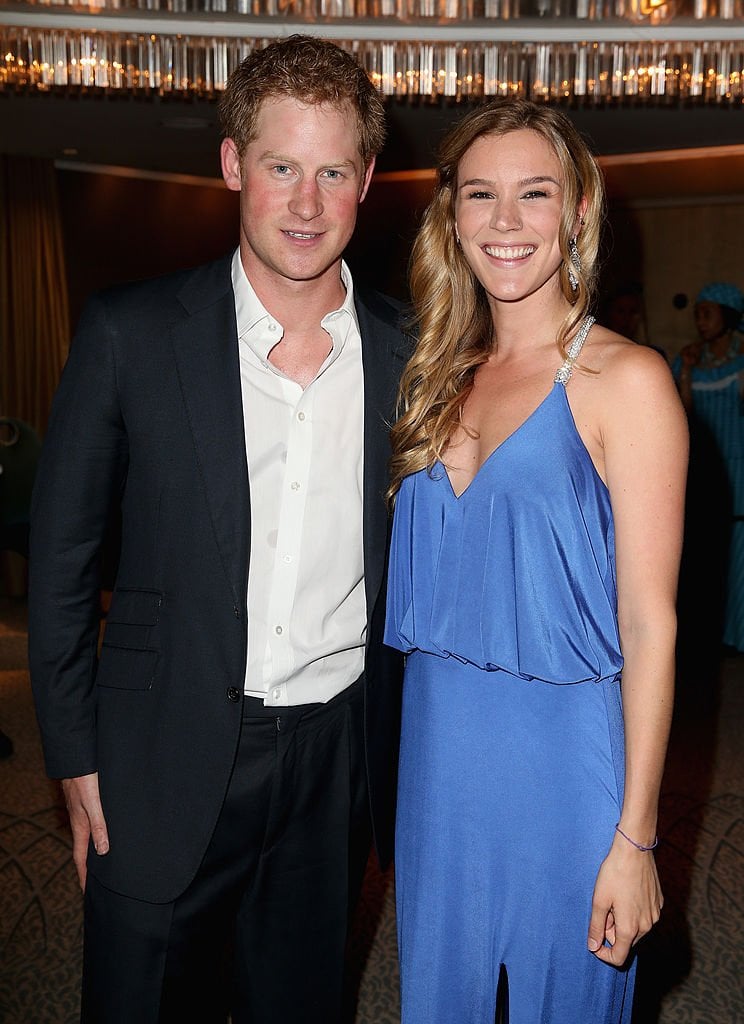 An episode of MTV Cribs, featuring a tour of her home, was said to have aided Liverpool and Bradshaw in their plot.

In 2013, both men were both found guilty of all charges.

Liverpool was sentenced to life in jail, with a minimum 10 years and eight months for the murder plot. Bradshaw was sentenced to 18 years although both sentences were later reduced on appeal.

When asked about the murder kidnap plot in a local radio interview, Stone said: "It was a little bit harsh and a little bit odd."

"I'm fine, my doggies keep me safe," she continued. "It will be something to add to my tapestry of life and something to tell my grandchildren."

At the 2007 Brit Awards, Stone was mocked for speaking in an American accent when she presented the award for Best British Male.

She was ridiculed by the tabloid press but later defended herself, saying the criticism was unfair.

Stone told The Independent: "At the end of the day, I don't give a f**k if people have a problem with my accent. That's all I can say about it.

"The words I say do not change. If the way that it sounds is skew-whiff and you don't like it, don't listen. I'm not being a cruel person by sounding a different way. I made my album with a bunch of Americans.

"When people go to Australia for two weeks, they come back sounding Australian, but the whole world doesn't turn round and say, 'Well, f**k you.' Which is basically what England had done.

"Obviously not everybody in England. But the big press people. They were just like, 'You know what? We've decided we don't like you anymore'."

After the incident, Stone's team cancelled all the promo for her upcoming third album, which subsequently didn't sell anywhere near as well as her first two.

In July 2019, Joss Stone to flew to Iran for the last stop of her Total World Tour but was "detained and deported" upon arrival as authorities believed she'd try to perform an unsanctioned concert, despite strict restrictions on female musicians performing in public.

In a video posted on Instagram, in which she wore a white headscarf, the singer said: “We got detained and then we got deported,” adding that she was now on a “blacklist” and unable to visit the country again.

She added: "We were aware there couldn’t be a public concert as I am a woman, and that is illegal in this country. Personally, I don’t fancy going to an Iranian prison, nor am I trying to change the politics of the countries I visit, nor do I wish to put other people in danger."

The singer said the moment she was asked to leave "broke a little piece of her heart".

Prior to her arrival in Iran, Stone had played in Syria, Iraq and North Korea.

When she was 20, Stone began dating Beau Dozier, the son of Motown writer and producer Lamont Dozier, and wrote the song Spoiled about the relationship. The couple split after two years together, with Stone saying: "I've kinda had bad luck with blokes."

Stone later had a three-year relationship with music producer SciChai before meeting her current partner, Cody DaLuz, a 31-year-old American musician who used to be in the military.

On October 5, 2020, Stone announced via Instagram that she was pregnant with their first child. She gave birth to a daughter, Violet Melissa DaLuz, on January 29 this year, having been pregnant throughout filming for The Masked Singer.

After the birth, the singer said: "She was breech so I had to have a C-section which was delightful ... I'm tired. Cody has been amazing, totally worth it. They had to take her out the sunroof which was quick. Doctor Lee, we love you!"