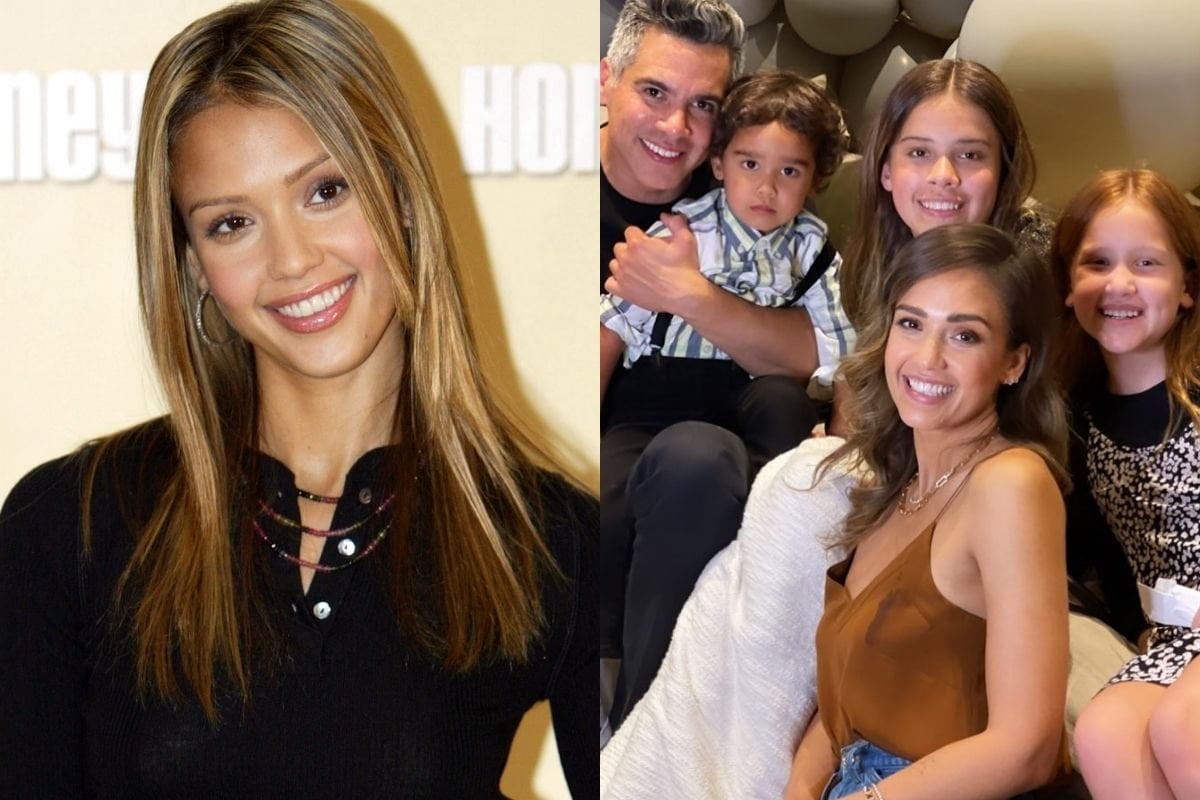 Jessica Alba. She was one of Hollywood's biggest stars in the early 2000s. She was everywhere. Like, EVERYWHERE. She starred in all the biggest movies and was considered one of the world's richest actors. She was set for a long and successful career. Until she just... stopped.

While she's made sporadic appearances in TV series such as L.A. Finest, you might have noticed it’s been a while since Alba has had a major film role - it's been over a decade, in fact.

Watch: Celebrities who got creative in isolation. Post continues below.

The now 40-year-old, who was born in California, rose to fame at age 19 as the lead actress of the television series Dark Angel, before appearing in blockbuster movies like Sin City, Into the Blue and Fantastic Four.

Two decades on from her breakout role, the actor-turned-business-mogul has taken a step back from the spotlight, running The Honest Company and raising her three children with husband Cash Warren.

Jessica Marie Alba was born in 1981, to her parents Catherine and Mark. Her paternal grandparents, who were also born in California, were both the children of Mexican immigrants. She also has a younger brother, Joshua.

Growing up, Alba said she suffered from chronic illnesses, including pneumonia several times a year, partially collapsed and ruptured lungs, as well as a ruptured appendix and tonsillar cyst.

In an interview with Romper, she said: "I had five surgeries before I was 11 years old. I had chronic allergies, and I was hospitalised a lot as a child."

She has described her family as being a "very conservative family – a traditional, Catholic, Latin American family" who frequently moved due to her father's career in the Air Force.

"I think I was really frustrated with the way that I was raised, which is probably why I started working when I was 12. I felt very stifled, and it was debilitating and I was quite depressed as a kid from of it," she told Romper.

"My parents and my grandparents were never trying to do any harm, it's just what they knew. And so when it came to parenting, I just knew that I didn't want my kids to feel as trapped. We've taken a much more open approach when it comes to communicating."

After starring in movies such as Flipper and Never Been Kissed (alongside Drew Barrymore), Alba’s big break came in 2000 when she was cast in the TV series Dark Angel. 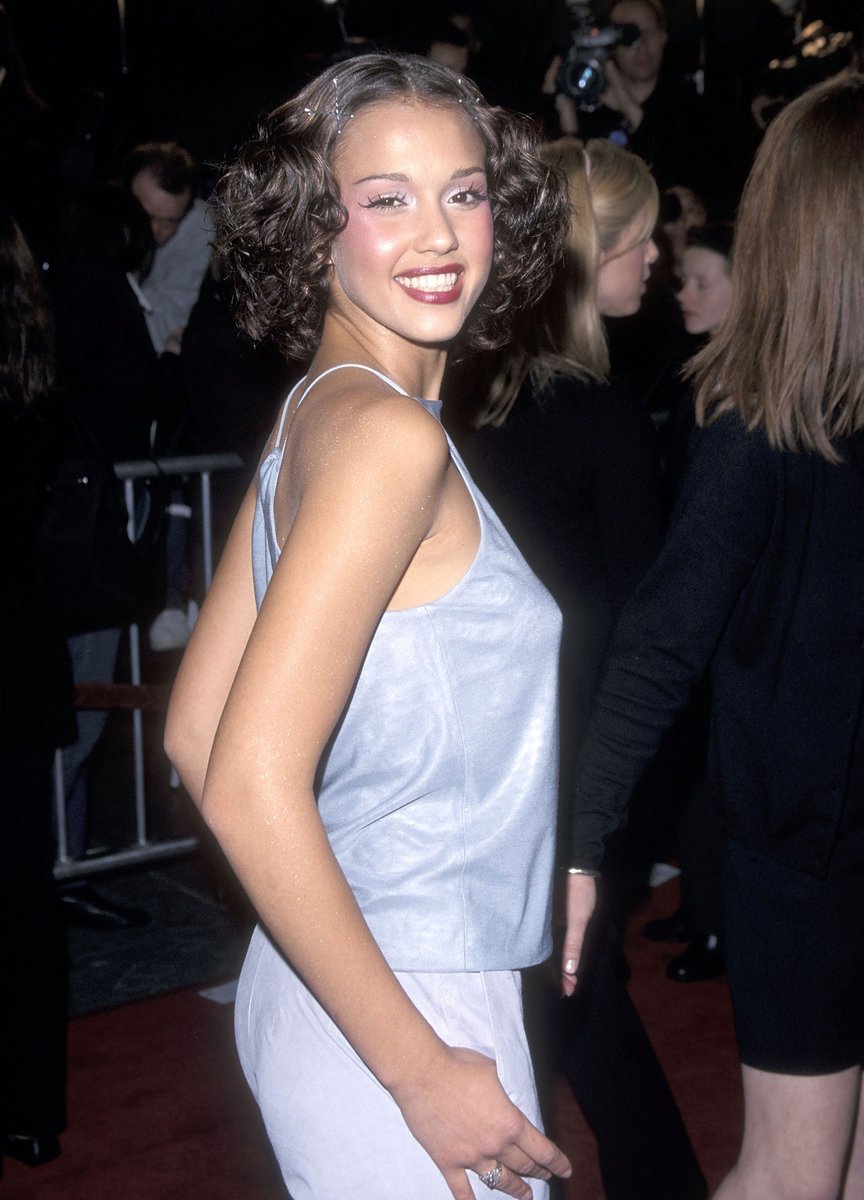 While creator James Cameron was not initially impressed with Jessica Alba’s audition tape, he reportedly liked her attitude when she was reading out the lines. He met her, and she was hired before the script was even finished.

Dark Angel ran until 2002 and was nominated for a Golden Globe, as well as a string of other awards. Alba winning the Teen Choice Award for Choice Actress, Saturn Award for Best Actress and TV Guide Award for Breakout Star of the Year. 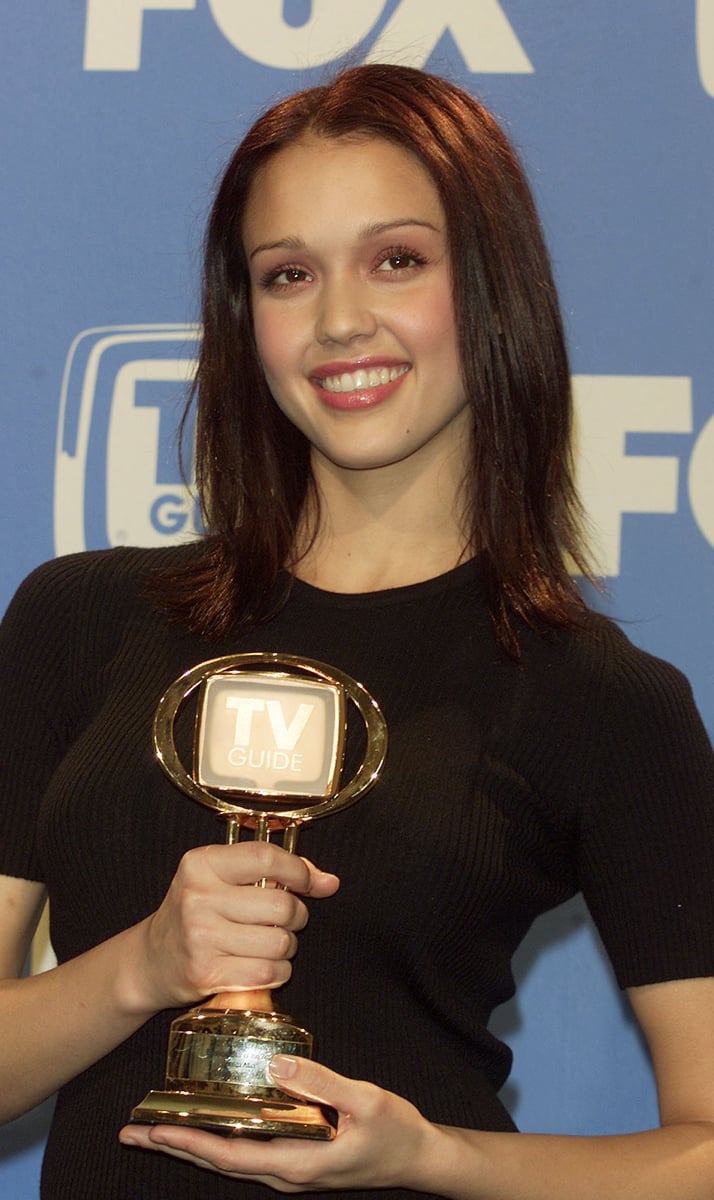 Her role in the series led to her big shot film role in 2003, when she starred as a dancer-choreographer in Honey.

While Honey might have received a lot of negative reviews, it was enough to bolster her into other major roles. 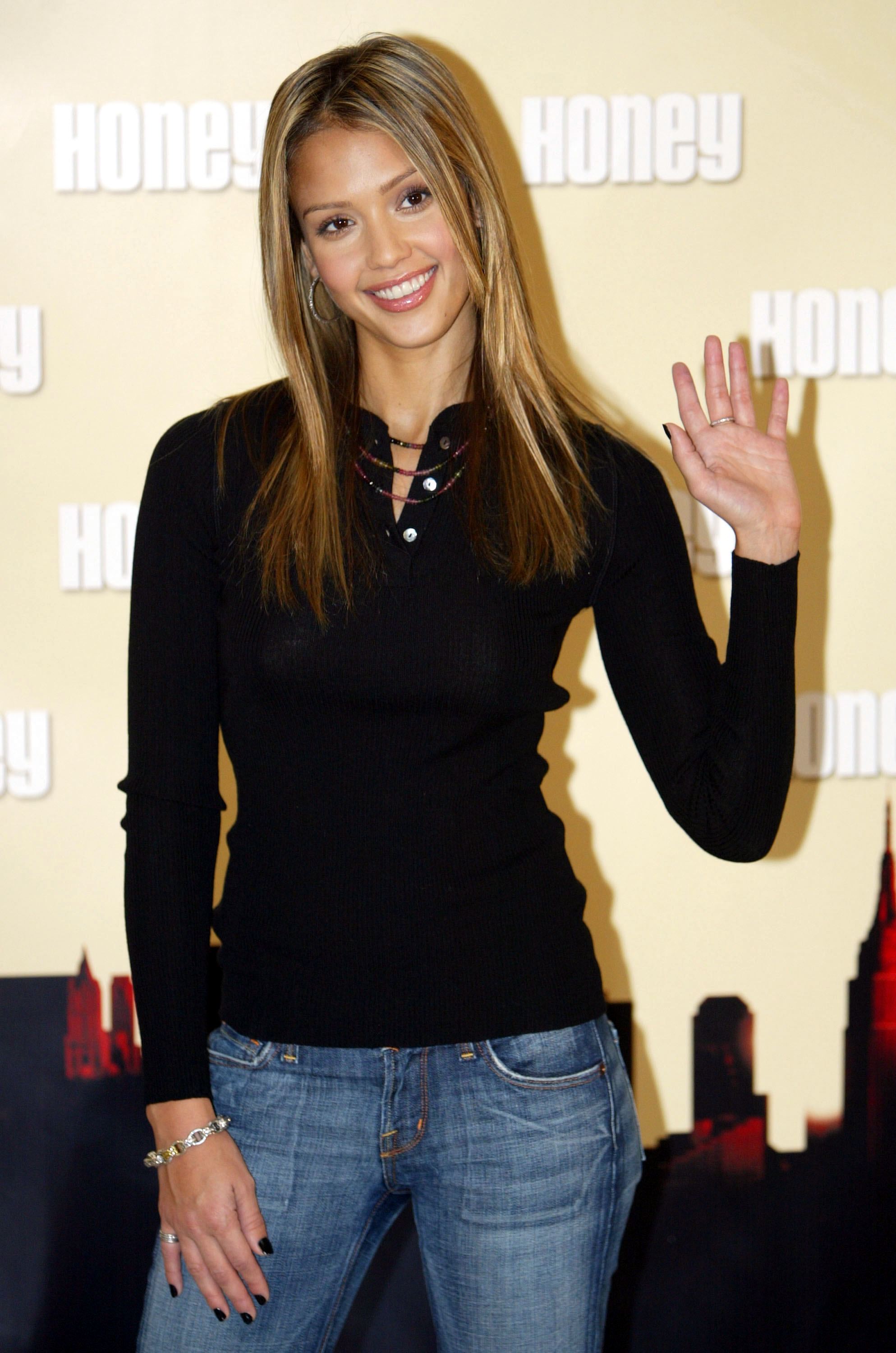 She then starred in Sin City two years later (2005), which sky-rocketed her profile among cast members including the likes of Brittany Murphy, Clive Owen and Bruce Willis. NBD.

Unlike Honey, the movie had *massive* commercial and critical success, and then 25-year-old Alba won the MTV Movie Award for Sexiest Performance.

However, it was around this time that Alba expressed her concern about her appearance starting to dictate her career, and being typecast as a sex symbol.

Gracing the front cover of Playboy's 25 Sexiest Celebrities, Alba was named one of the most beautiful celebrities of all time - on multiple occasions and across different magazine titles too.

For Alba, it wasn't something she remembered fondly.

"My sexuality made me very uncomfortable," she In Style magazine."I remember my first Maxim shoot. They (photographers) were telling me to pose a certain way, and I was like, ‘Agh! I’m 19. I’m a virgin. I don’t even know how to do that!’ It was so awkward."

Alba would go on to star in Fantastic Four and Into the Blue. However, this is when things took a turn. 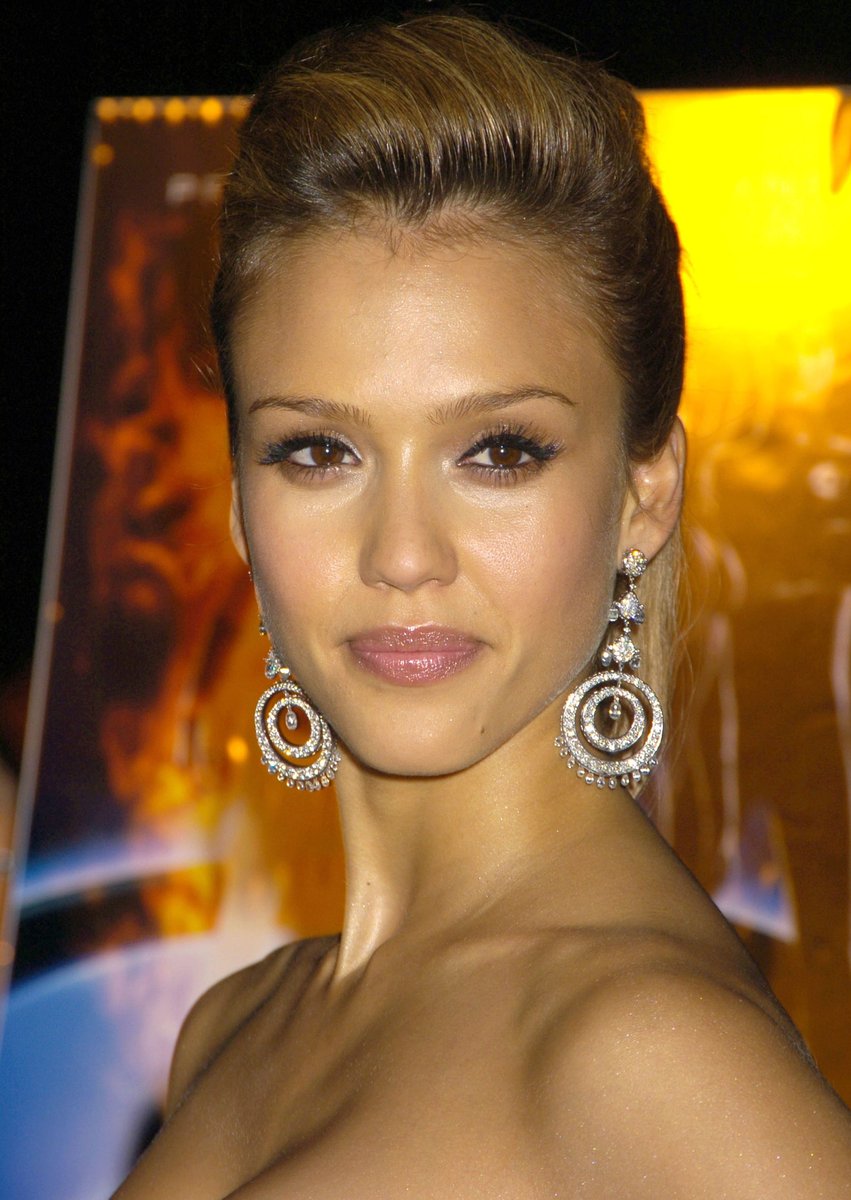 Despite Fantastic Four not doing well with critics or fans, Alba returned for the sequel of: Fantastic Four: Rise of the Silver Surfer in 2007. It was during this film that she said made her want to quit acting, after being criticised by director criticised Tim Story.

"I wanted to stop acting," she said in an interview with Elle Magazine.

"(He told me) 'It looks too real. It looks too painful. Can you be prettier when you cry? Cry pretty, Jessica'. He was like, ‘Don’t do that thing with your face. Just make it flat. We can CGI the tears in’.

"Do people hate them so much that they don’t want me to be a person? Am I not allowed to be a person in my work? And so I just said, ‘F**k it. I don’t care about this business anymore’.”

While she didn't completely step out of the Hollywood spotlight, Alba said she had a difficult time finding roles as filmmakers struggled to cast her.

"They couldn't figure out my ethnicity," she told PopSugar. "They were like, 'You're not Latin enough to play a Latina, and you're not Caucasian enough to play the leading lady, so you're going to be the 'exotic' one.' Whatever that was."

As a result, she mainly starred in mainly small supporting roles from 2007 to 2010 - the likes of Good Luck Chuck, Valentine’s Day, The Love Guru, Little Fockers etc.

From 2010 onwards, Alba pretty much stopped acting and stepped away from the Hollywood scene.

When it comes to her personal life, Alba met her first boyfriend on the set of Dark Angel - actor and producer Michael Weatherly.

At 13 years her senior, Weatherly was 30 and Alba was 18 when they first started dating. He proposed to Alba on her 20th birthday, but they split in 2003. 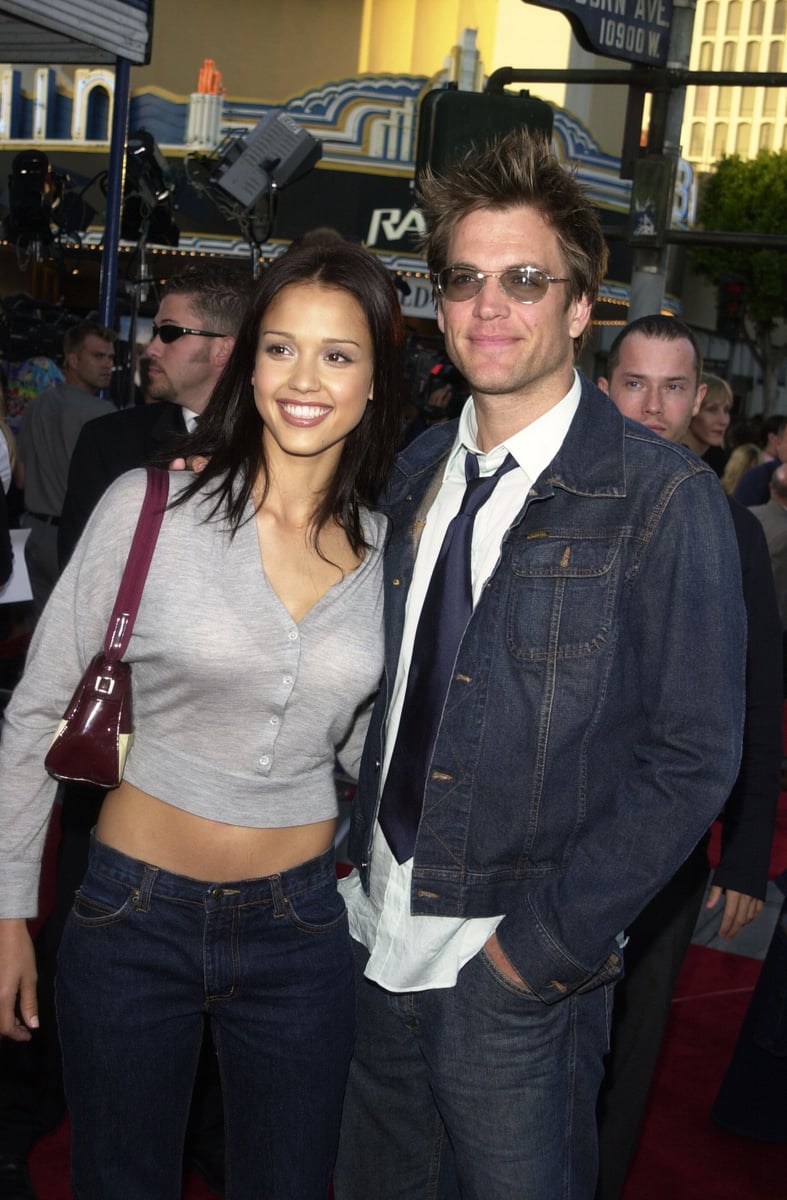 In an interview with Cosmopolitan in 2005, Alba said of their relationship: "With Michael (Weatherly), I didn’t have a voice yet, and he was so much older... I was so young, 18, when I started dating him," she said.

"It's really, really, really difficult to have the same occupation as the person you're with — especially when you're both actors. Actors are pulled in so many different directions that unless you both are absolutely into it through thick and thin and completely sure about each other, it's just hard. I've decided I'll never date an actor again." 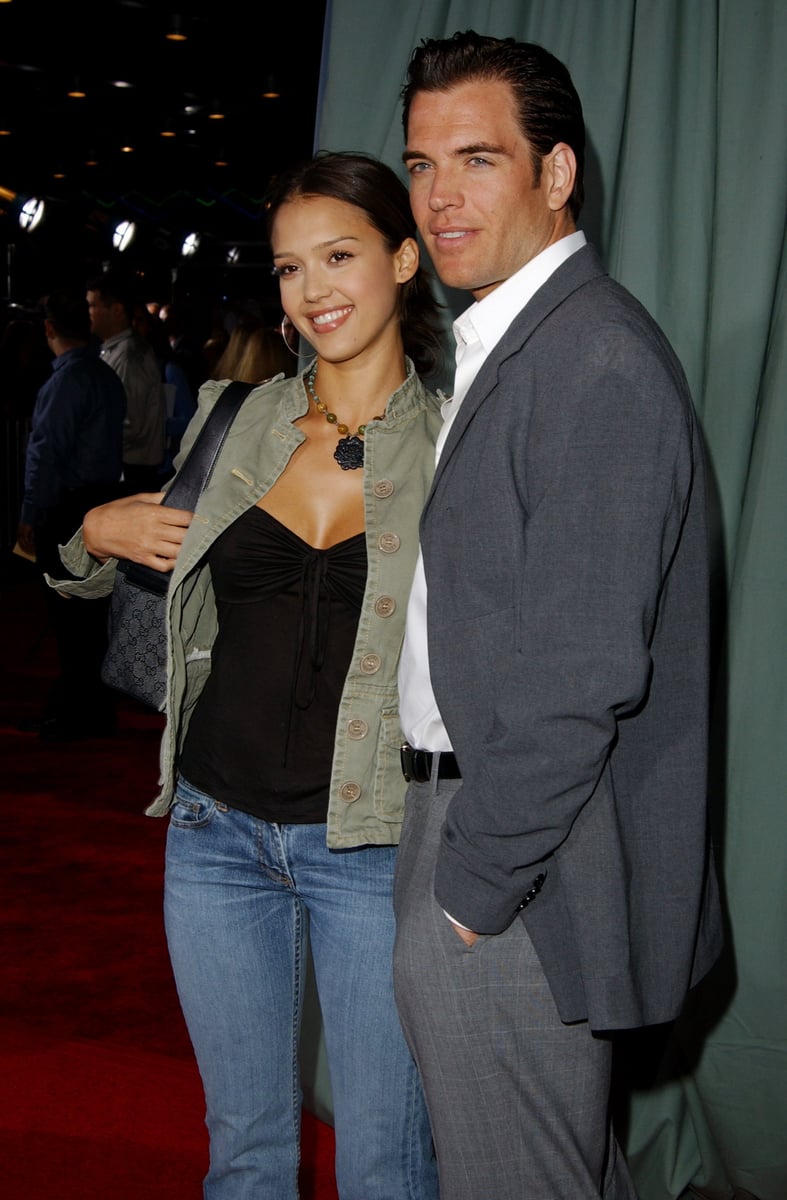 And Alba stayed true to her word - she never dated an actor again.

She told Cosmopolitan, "He’s not famous. He might be the one. It was kind of a love-at-first-sight thing, but I met him when I was dating someone else, so it started off as a friendship." 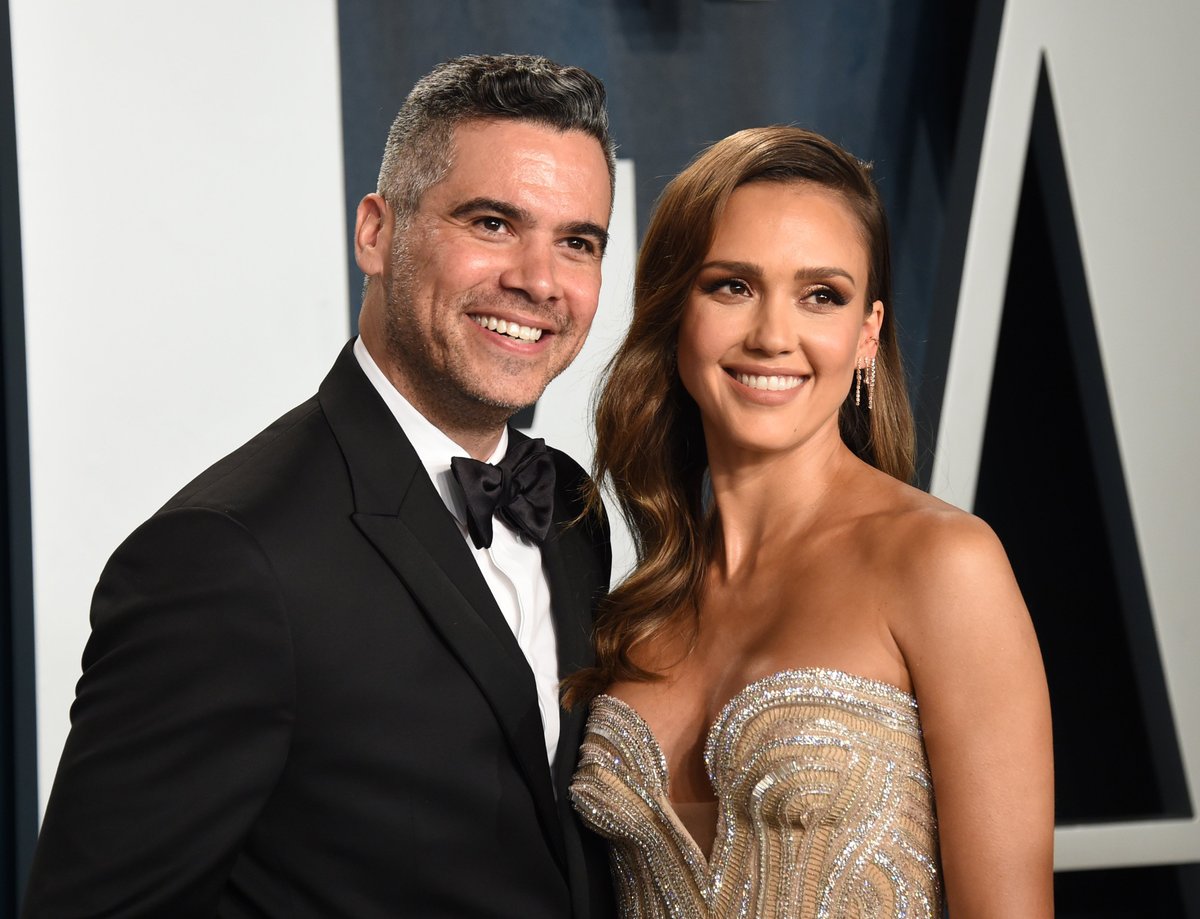 "The first week that we kind of got together, he gave me a note and signed it with a dollar sign because his name is Cash.

"It just said, ‘I really, really like you’. And that was exactly how I felt at the time."

Warren and Alba had their first daughter, Honor Marie Warren, in 2008. The pair married shortly after in a secret ceremony.

They now have two other children - Haven Garner Warren and Hayes Alba Warren.

Alba recently shared a post of her lookalike daughter on her 13th birthday, captioning the pic: "My teenager!!!! This is 13! Honor - yes you are way taller than me already, which you love to remind me of on the daily. You have a heart of gold, you are filled with compassion, you are wicked smart, silly, hilarious, and so kind... I’m just so proud of you..."

When it comes to raising her kids, Alba said the decision to step back from acting was the driving reason for the change.

"I had this real moment of, I want to live, and thrive, and spend as much time with this little person that I’m bringing into the world as possible and stay," she told Romper.

"So, my health matters. I want this little person to be healthy. And it’s really freaking hard to be happy when you don’t have your health."

"That’s really what motivated me. My motivation was not like, ‘Am I ever going to get hired again?’ Frankly, I was at the top of my career."

"I want my kids to feel seen and heard and valued, but I also have to put into consideration that they're kids and they don't necessarily have the skill set to be treated like an adult and to make those types of choices, so they still need a lot of guidance, and they still need boundaries."

In 2012, Alba started up The Honest Company - a chemical-free baby and household goods company that has since expanded into hair, beauty and skincare.

"Building a brand and building a business is f**king impossible," she told Romper.

"And to be good at it and for it to thrive and scale, it is really hard. If anything, I was like, 'Do I really want to do this?' It took me three-and-a-half years just to find partners to even join me, and I got lots of rejection,” she said.

"I had to learn how to build decks. In every stage, I’m trying to get better and better as a business person, but it’s a totally different skill set than just taking your influence and fame and putting your name on a package and doing a press tour, picking out a couple designs. You know what I mean?"

"I think the difference in what I have done is I actually built something that never existed. We have chemists in-house, regulatory teams, sourcing, supply, operations… It’s unprecedented in our category. We were the first, really, at scale to do it."

The star now travels around the US promoting her products and spreading awareness around the dangers of chemicals.

In an interview with PEOPLE, she said: "I just knew I wanted to build a brand that could stand the test of time. I knew that I wanted to have a modern, more ethical way to meet consumers' needs. There was a huge white space. It was like, however we get there, we need to get there,"

Alba's net worth from The Honest Company is estimated to be a whopping $200 million dollars (even though she only owns a fraction of it) - so it sounds like she's doing just fine without the blockbuster movies.