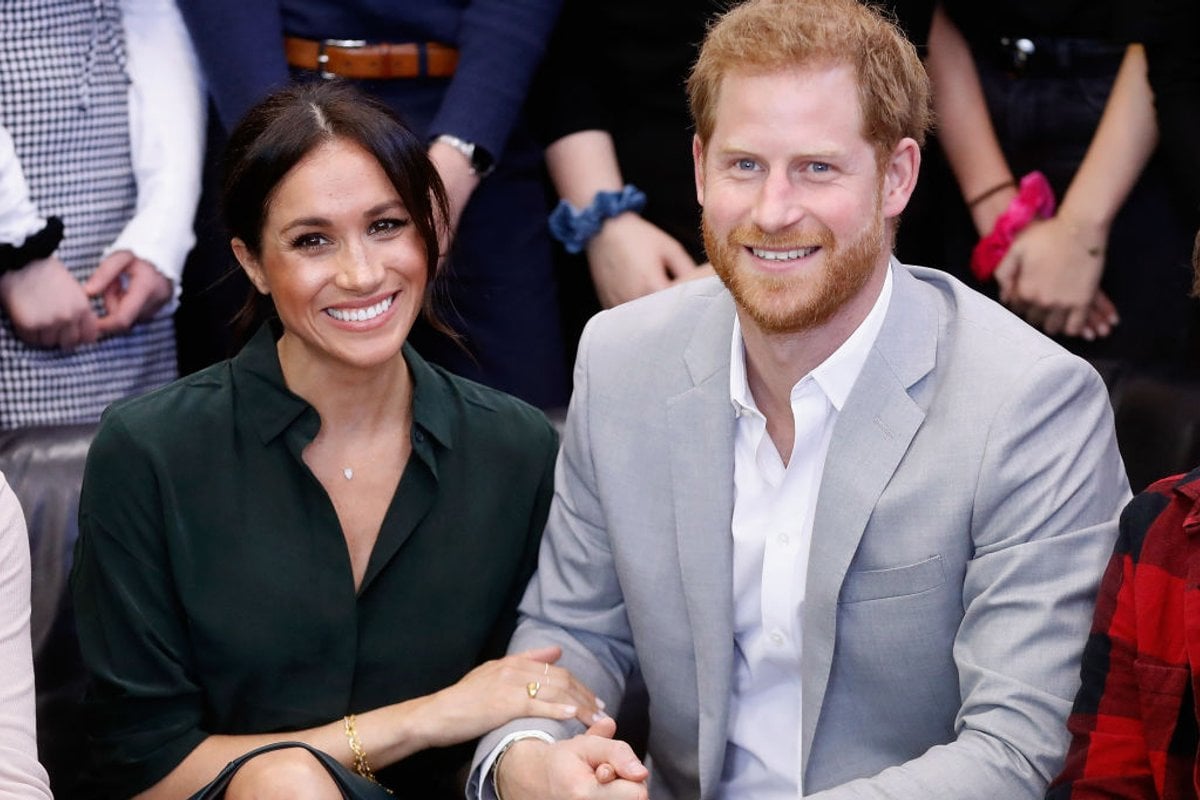 When Meghan Markle and Prince Harry announced that they’d called their new baby daughter Lilibet, it came as a surprise.

Most people were expecting the couple would honour the Royals in some way, despite recent tensions. They were just tipping a more conventional name choice than Lilibet.

As Meghan and Harry explained, they did name their daughter, who was born last Friday, after the Queen, but they gave her the family nickname, Lilibet, instead of Elizabeth. It’s a nickname that’s been in use for more than 90 years.

As a little girl, the future monarch struggled to get her tongue around “Elizabeth”. Her grandfather, King George V, playfully copied her pronunciation, “Lilibet”, and it stuck.

Growing up, Elizabeth called herself Lilibet. In one letter she wrote as a seven-year-old to her “Granny”, Queen Mary, she told her that she had “lost a top front tooth” and had enjoyed going to a fancy dress party.

"It was simply lovely,” she wrote.

“There was a clown and a jester and a snowman and lots of people I knew. There were stalls full of lovely things in them. There were lovely flowers and toys and sweets. Love from Lilibet."

Her father, King George VI, also used the nickname. He famously said about his daughters, “Lilibet is my pride. Margaret is my joy."

Lilibet was what Elizabeth’s husband Philip called her.

As he wrote to his mother-in-law on his honeymoon: “Lilibet is the only ‘thing’ in the world which is absolutely real to me.”

At Prince Philip’s funeral in April, the Queen left a handwritten note on his coffin. It was signed “Lilibet”.

Some people said that once Philip died, there would be no one left who called the Queen by her nickname.

But that wasn’t true. King Felipe and Queen Letizia of Spain sent a sympathy telegram to “Aunt Lilibet”, with all their “love and affection”.

Side note: Listen to The Quicky, Mamamia's daily news podcast. Post continues below.

The Queen isn’t the only Lilibet.

According to the 1965 book Names For Boys & Girls, Lilibet is an “English (mainly Cornish)” pet form of Elizabeth.

If those examples are sounding a bit desperate, that’s because Lilibet is actually really rare.

It’s nowhere near the top 1000 in either the US or the UK, and as far as anyone can tell, has never been. In 1999, there were eight Lilibets born in the US, compared to 63 baby girls called Queen, 261 called Princess and 15,348 called Elizabeth.

Even when The Crown premiered in 2016 and millions of fans heard the Queen affectionately referred to as Lilibet, people were hesitant to use the name.

One woman wrote on the Nameberry forums that her husband was “crushing hard” on Lilibet after binge-watching the Netflix series.

“Could I, however, use it as a name or nickname for my daughter, or is this a one-person name and off-limits?” she wanted to know.

Bizarrely, there’s one country where Lilibet was super-hot just before Meghan and Harry made their birth announcement: Russia.

Nameberry reported in April that Lilibet was the most-viewed girls’ name among Russian visitors to the website. Writer Emma Waterhouse put that down to The Crown being “very popular” in Russia.

Meghan and Harry have made it clear that their little Lilibet will go by the name Lili.

That goes nicely with Archie, both names having that cute vintage feel.

As Lili, their daughter will fit in well with other kids her age. It feels a lot more right for right now than Elizabeth or Diana or Philippa.

Lily (or Lilly, Lillie or Lili) peaked about a decade ago but is still popular in the US, UK and Australia, with parents also loving similar names like Liliana, Lillian, Lily-Rose and Lily-Mae.

And how about Lilibet? Will it take off now that Meghan and Harry have used it?

After the couple called their son Archie, the name leapt up the popularity charts in Australia and is now in the top 20.

Can we expect to see playgrounds full of tiny Lilibets bossing around their subjects in a few years’ time? Well… maybe.

Reply
Upvote
5 upvotes
I think Lili is a beautiful name. I also see honouring the Queen this way as them doing a complete about-face. Recently M&H have publicly accused the Royal Family (and the Queen as head of the family and the institution) of mental cruelty, indifference, bad parenting and shocking racism towards their first child. It kind of reminds me of a personality disordered relative of mine. They’d totally slam me to my face and to other people by telling lies and then suddenly do a complete 180 and start being lovely and acting like nothing even happened.
C
cat a year ago

Reply
Upvote
2 upvotes
@cat Well that's the thing isn't it, Lillibet is not a celebrity name, but a very personal nickname used only by the queen's very close family?
C
cat a year ago

Reply
Upvote
1 upvotes
@cat  Difference between using a grandmother's name, Elizabeth, as opposed to an intimate nickname, given to the queen by her father, especially when that grandmother's parenting (insinuated by Harry) left a lot to be desired.
G
guest2 a year ago