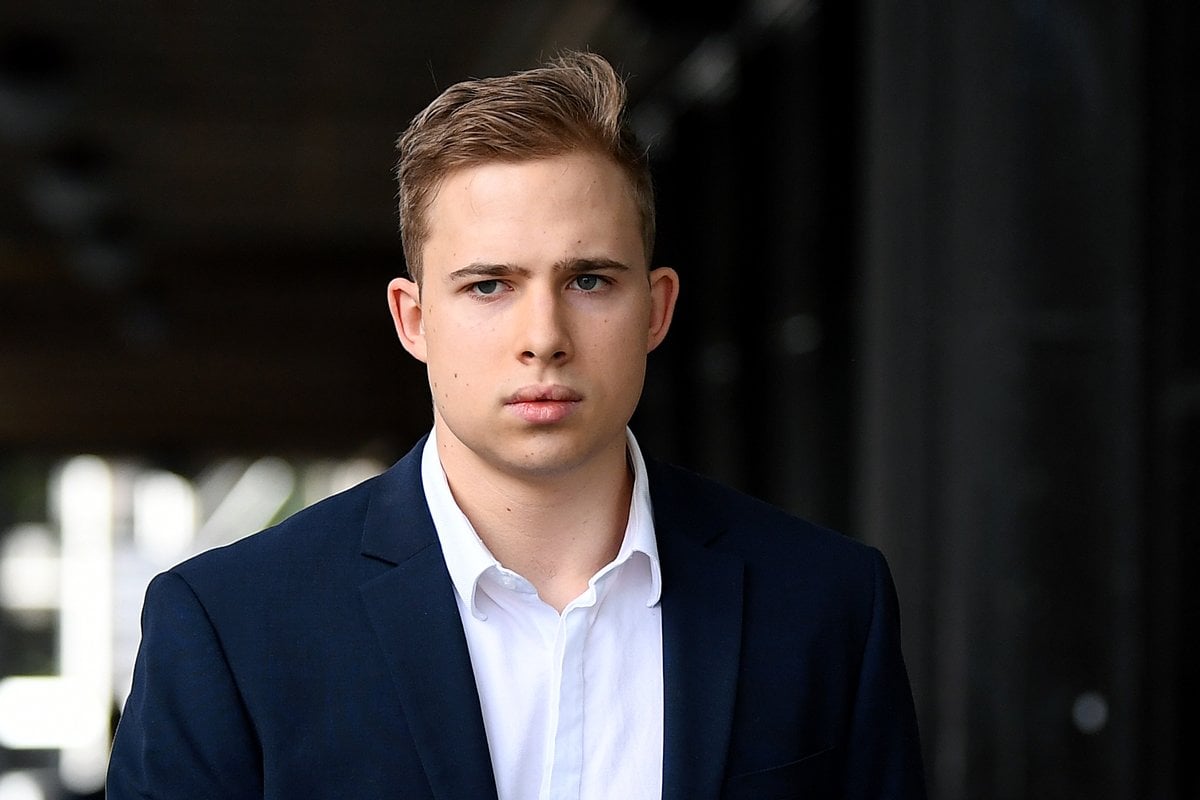 Content warning: this post deals with alleged sexual assault and might be triggering for some readers. If you or someone you know is impacted by sexual assault, domestic or family violence and abuse, you can call 1800RESPECT (1800 737 732) at any time.

"Do you know what you’ve come to talk to me about today?" a detective asked a seven-year-old girl in an interview tape recorded in March 2019, and replayed to a jury in October 2020.

"Um, the man in swimming lessons?" the girl, who was wearing a school uniform, replied.

"He was holding me and I didn’t like how he was holding me," she continued, describing how her swimming instructor allegedly placed one of his hands on her stomach and the other on her vagina as he held her up in the pool.

"It felt really uncomfortable," she told the detective. "Because I didn’t like it. And … I don’t know."

When he prompted her again, she replied that it felt "weird".

"I didn’t want him to hold me like that again," she told the detective.

The now eight-year-old is among nine girls aged between six and 11 who Kyle James Henk Daniels is accused of sexually abusing as he taught them to swim at Mosman Swim Centre on Sydney’s north shore between February 2018 and February 2019. 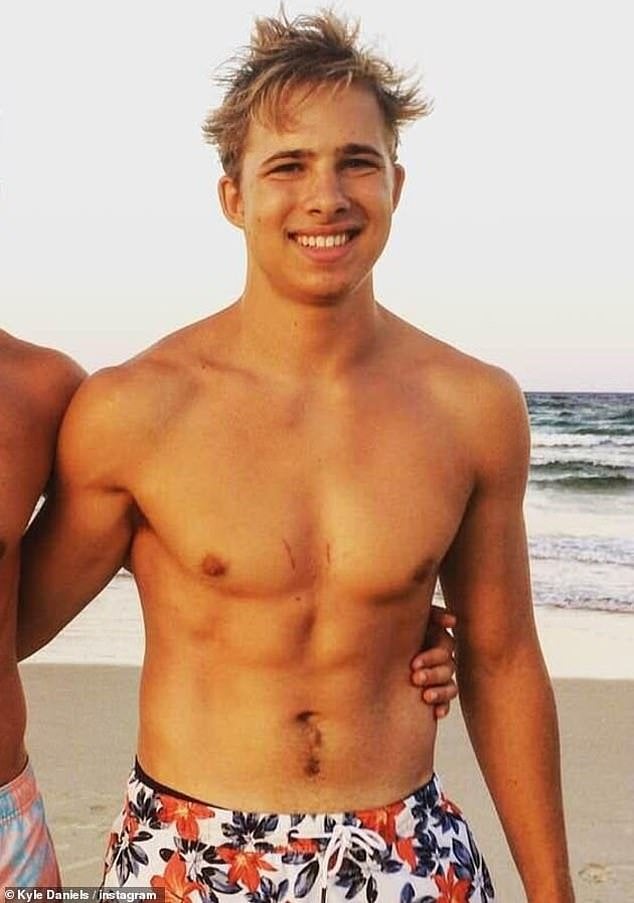 The now 22-year-old "absolutely and totally" denies the allegations, and has plead not guilty to all 26 charges which include allegations of sexual assault, sexual touching, and nine counts of having sexual intercourse with a child under 10.

A further 33 charges have since been dropped.

In July 2018, a concerned parent approached staff saying their daughter had complained about her instructor touching below her chest and upper legs during a lesson.

His superiors observed his next class and noted his "hands on approach," adding that he appeared "too friendly with children in his class."

All instructors were given direction on the correct way to behave, handle and teach the children in their care.

But in February 2019, another little girl wrote a letter to her mother.

"The reason I didn't like my swimming lesson was because my teacher touched my _____" it read.

The court was told this week that the missing word was "vagina."

A police investigation was launched and Daniels was arrested in March 2019. After the news went public six more girls came forward all describing the teacher with the "blond hair and glasses."

One girl says Daniels "held her between the legs and moved his fingers" while giving instructions in the deep end of the pool, and another said she was "thrilled to be moving up a class so she couldn't be touched on her private parts anymore".

One of the victims, a 10-year-old girl, used a teddy bear to demonstrate for her mother how Daniels allegedly touched her on her vagina while teaching her breaststroke.

The former Knox Grammar prefect was put behind bars, but has since been bailed, and remains on a $100,000 surety, which requires him to live at home with his parents on Sydney's northern beaches, surrender his passport, report daily to police, and agree not to work or go anywhere near children under the age of 16. 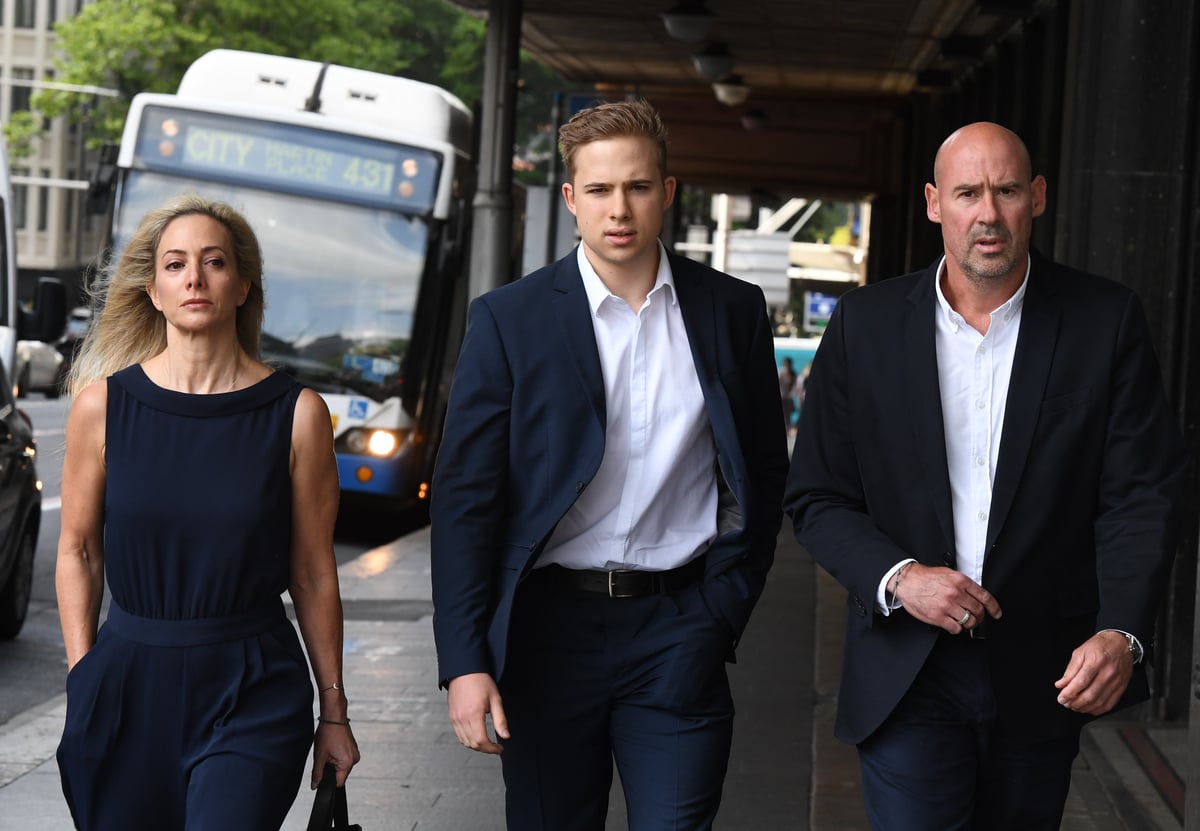 Kyle James Henk Daniels (centre) has been supported by his parents (pictured) since his arrest. Image: AAP/Peter Rae.

During his bail hearing, Daniels - who is now a sports psychology student - mouthed "I love you" to his mother across the court, reported the ABC.

In December 2019, he asked a judge if he could go on a beach holiday with his family over Christmas, but a judge declined the offer telling him he would be breaching his bail if he put so much "as a toe on the sand."

Daniels also requested he be allowed out of his parents' house past his curfew while supervised by his twin brother instead of his parents - which was also denied.

The first jury picked for the October 2020 trial was discharged on the second day, for reasons which are yet to be made public.

Judge Kara Shead told the court on Tuesday morning, "something has occurred overnight that was unexpected and as a result of that I am discharging you as the jury."

A new jury was impanelled in Downing Centre District Court on Wednesday morning.

In his opening statement to the court, defence lawyer Leslie Nicholls said the real dispute of the trial was whether his client “deliberately and unlawfully touched the private areas” of the girls he taught.

"This is not a case involving an accused person saying 'don’t tell mum about what I just did .... are you OK, did that feel OK?'" Mr Nicholls said.

He also criticised the detective in charge of the investigations saying she may have influenced the girls' responses.

The Crown case is that Mr Daniels’ touching of the girls was neither clumsy nor accidental.

Crown Prosecutor Karl Prince told the court that the accounts of all the young girls were consistent when it came to what Daniels had allegedly done.

"The allegations are so similar in what they allege against the accused that it makes it more likely that each is telling the truth," he said.