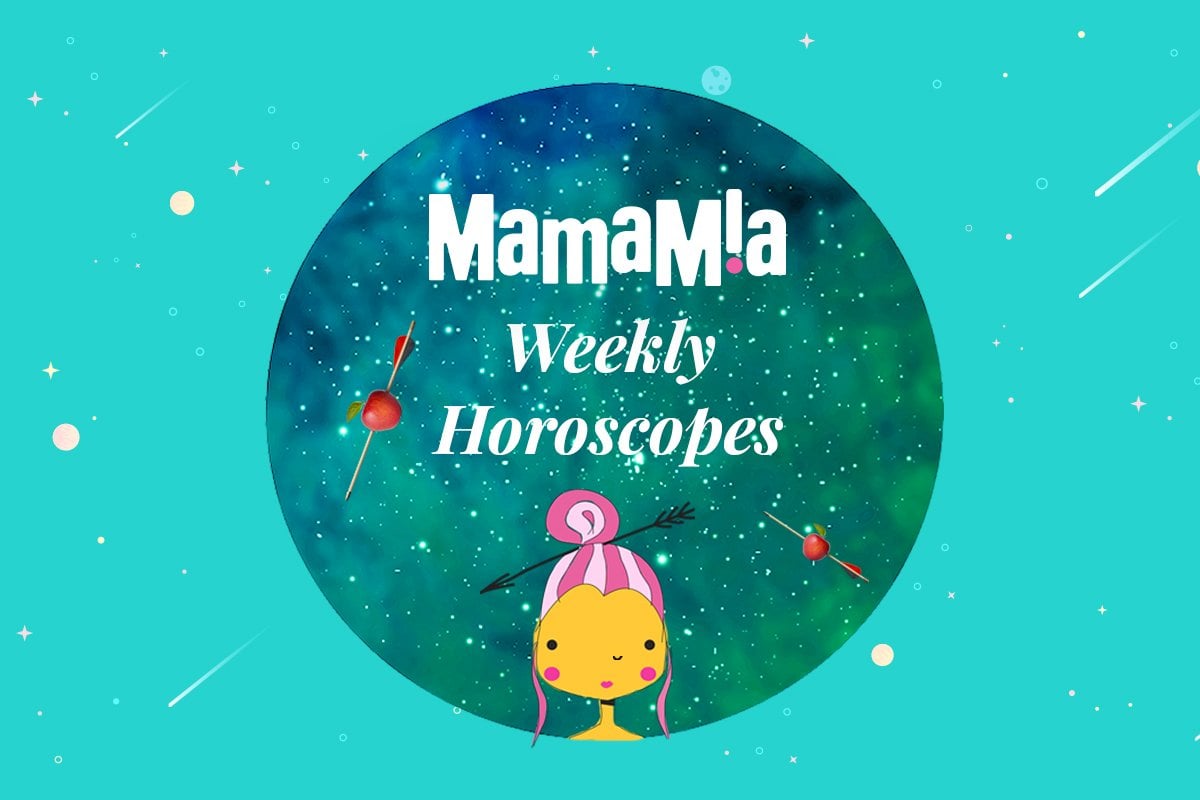 Natasha Weber is an astrology genius and has predicted our horoscopes for the week beginning June 21. For more from Natasha follow her on Instagram and Facebook.

Sunday’s solar eclipse places your home life under the microscope. Like a pimple ready to pop, issues that have been swept under the carpet can boil over now. Address problems as they arise, rather than bottling up your feelings, especially towards a relative. You might have to work a little harder to get your point across, but the effort will be worth it.

On Tuesday, deceptive Neptune goes retrograde in your social circle. The backwards slide causes confusion on where you stand with a friend. But you may have the wrong impression, mistakenly believing the worst. A third party may be at the core of the issue, purposely stirring up trouble. Be a Queen and rise above the b*tching.

Oh, thank the heavens! Venus abandons her retrograde in your sign this week. From Thursday, the love planet picks up speed as you regain your mojo. If your relationship has been a bit rusty, or just felt off, coupledom bliss returns with a vengeance. Singles feel a renewed sense of hope. Be careful what you wish for Gemini; you just might get it.

From Sunday, the Sun graces your sign, bestowing you with an awesome superpower — the ability to create lasting change. Even satisfied Crabs could do with a little tweak here and there. What’s it to be? A happier relationship, a more fulfilling job, or simply carving out more time for yourself? This week, your wish is delivered.

You’ll be staying close to home this week, thanks to Sunday’s solar eclipse in your zone of rest. Your friends may take your reclusiveness personally, but don’t let that rattle you. Even flamboyant Lionesses need a little time out every now and then. In fact, you must clear your head. You’ll need all your wits about you to make a big decision by week’s end.

If at all possible, avoid or delay signing contracts this week. That goes for verbal agreements or legal documents. Remember that a promise to someone close is a sacred commitment. Sunday’s solar eclipse could conceal vital information that turns out to be a game-changer. Don’t be impatient Virgo, wait it out.

This week’s mega eclipse activates your career sector, bringing endings and new beginnings. Some Librans leave the security of their current workplace in search of a more fulfilling role, while others upskill within their present job. Seeking approval from your superiors is understandable, but what’s more important is finding a true sense of purpose.

Neptune’s reversal in your artistic sphere unlocks the door to a special gift. Scorpios in tune with their talents are set to soar. Whether it be painting, photography or crafting jewellery, immerse yourself in whatever rocks your creative core. Other Scorpios are urged to dig deep — it's time to let your inner artist out to play.

After a spell in retrograde, gorgeous Venus dances in your relationship zone. By Thursday, you and your sweetheart are back on the same page, feeling the love in bucket loads. Problems get sorted, and misunderstandings are cleared up, provided you communicate with empathy (Mercury is still in retrograde, after all). Single? You get the green light to put yourself out there!

Sunday’s solar eclipse brings hope for lonely Goats. Expect a relationship shake-up. Still, if this forces you out of your comfort zone, it's a good thing. Usually super conservative when it comes to trusting someone with your heart, try to do the opposite and throw caution to the wind. Love with all you’ve got, then watch the beauty unfold.

Struggling to get a project off the ground? Tap into self-discipline when serious Saturn collaborates with the Sun, on Monday. Although Mercury is in retrograde, you can immerse yourself behind-the-scenes. The cosmos will help you stay on the right path. Relationship commitment-phobes surprise themselves this week.

Smash a bad habit that’s been holding you back. Mars, the planet of drive and action, is behind you all the way, granting you a motivation boost. Suddenly, you’ll realise you don’t want to continue anything that prevents you from becoming the best version of yourself. Whether it’s a health vice, toxic relationship or negative mindset, get rid of it by week’s end.