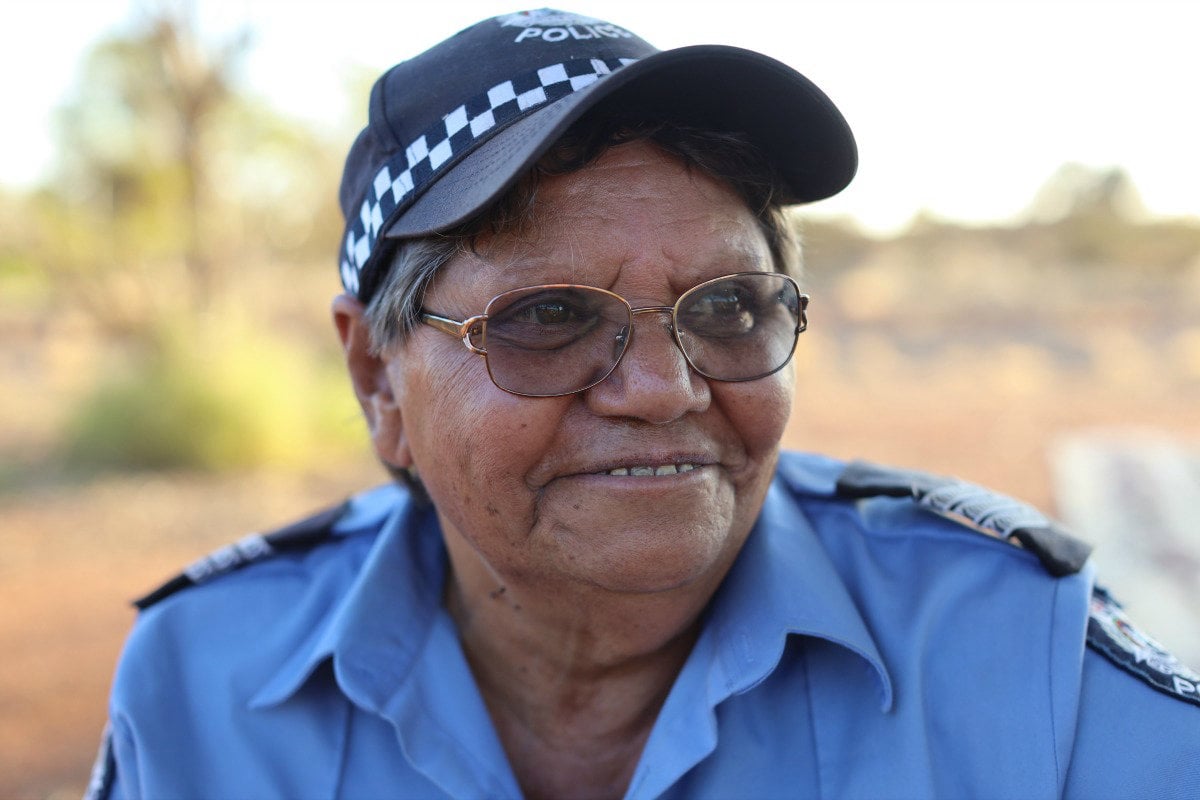 Aboriginal and Torres Strait Islander readers are advised that the following article contains the name and description of someone who has died.

“See that woman over there?” Wendy Kelly asked a colleague, as they watched a staggering, drunk woman attracting stares as she walked down the street.

“That was me five years ago,” she told him, revelling in the way his eyes bulged out of his head at her admission.

It's been almost two decades since that conversation, and for Wendy Kelly - now Senior Constable Kelly - it hasn't been an easy path.

WATCH: The trailer for Our Law, starring Wendy. Post continues after video.

In fact, as she told Mamamia, she hit rock bottom before finding herself wearing a uniform at the age of 36, first as a liaison officer and then as a police officer.

Now, she’s being heralded for helping to repair community trust in police in Warakurna Western Australia, as one half of the country's first entirely Indigenous-run police station, which featured in the documentary Our Law, released this month on NITV.

As an Indigenous woman herself, Wendy’s entire life has taken place against the background hum of racism. She has lived it, seen the unfairness of it and is hopeful - like so many Australians - that the current Black Lives Matter protests will finally mark the beginning of real change against systemic racism in our country.

But she’s been focusing her efforts on small wins.

After years of dealing with substance abuse issues, domestic violence, a cultural identity crisis due to growing up in a white foster family and four years of homelessness, Wendy knows what 'tough' feels like. 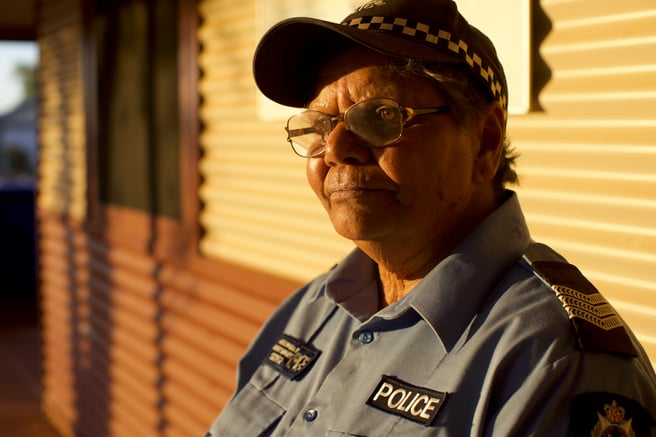 Her turning point came in 1992, when she had her throat cut by a man she lived with and nearly died. It was the last time she had a drink.

And it’s these experiences, not just her Indigenous background, that have allowed her to transform into a very different kind of police officer.

She focuses on community engagement, communication and consultation. She understands how complex things like addiction are. What it's actually like to be a victim of domestic abuse and how rampant racism is. She learns the languages and unique cultures of the local Indigenous communities where she is posted before she turns up on their doorstep, and she listens to them, properly, before she considers any kind of police action.

These simple tactics, she says, have made all the difference. Tactics she's proud to hear are being implemented in other rural community police stations in Australia, as word has spread about the success being felt in the tiny town of Warakurna, 330km west of Uluru.

It's success that can be seen in tender, beautiful moments in Our Law. Particularly striking are the scenes that show local elders, like Daisy, creating an intricate bush medicine recipe to help cure Senior Sergeant Revis Ryder's sore back.

When Ryder had arrived in the 200 person community, he had known - as an Aboriginal man himself - that sitting down with the local elders was the first and only priority. It set a precedent that would change a very disconnected and distrustful police relationship into a thriving one. 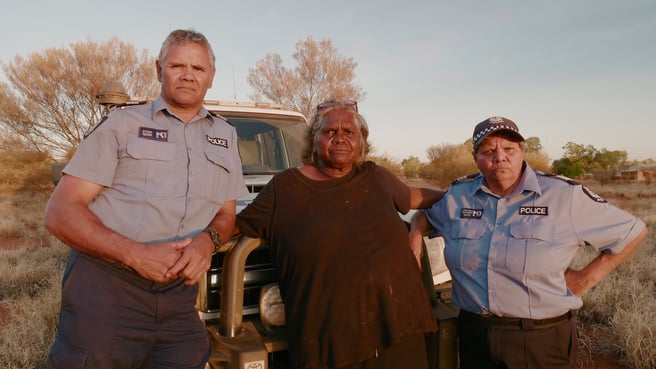 As the film's producer Taryne Laffar explained to Mamamia, this act is made all the more poignant when you understand Daisy's previous experiences with police.

"Daisy was the face of the media at the time, trying to get justice for her family," Taryne explained.

It was January 26, 2008, when the Indigenous elder was arrested for drunk driving in a back street and put in a police van for four hours. He died of heat stroke and suffered third degree burns, a death the coroner described as "slow and shockingly painful."

As thousands take to the streets right now, marching against Indigenous deaths in custody just like Mr Wards' (there have been more than 400 deaths with zero convictions since 1991), Taryne says watching the relationships in Warakurna between police and locals is incredible.

"It was really moving you know. It has exposed something to me that I didn’t think I would witness in my lifetime to be honest. To witness the care and consideration - from the point of view of someone who has been so hurt and damaged," she told Mamamia, as a proud Indigenous woman herself.

Wendy feels the pain of the families like Daisy's, who she says have every right to not trust police. But she's also increasingly optimistic about the future of the WA police force.

She hopes that in time, with the rebuilding of trust, community elders will stop shooing away the idea of their children growing up to be police officers - which is an opinion she comes across all to often.

"If they want to join and they have a passion for change, I am proof that they can implement that change," Wendy told Mamamia. "If I can do it, with my past, anyone can."

She says getting young Indigenous Australians to not only trust the police force, but to also want to be a part of it, is a crucial step in the way forward.

You can watch Our Law for free on SBS On Demand.