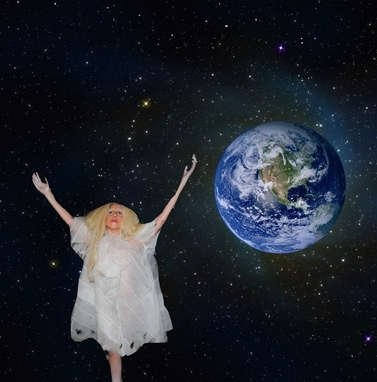 Heidi Middleton and Sarah-Jane Clarke have resigned as directors of their fashion label Sass & Bide, following Myer’s recent acquisition of 35% of the label (Myer took stock of 65% in 2011).

The duo, who began with skinny jeans 14 years ago built the empire to turnover annual sales of more than $50 million, will now focus their creative energies on the brand, maintaining their executive roles, as well as sitting on an advisory board.

Heidi Middleton will remain creative director and Sarah-Jane Clarke will retain her position as brand director.

According to Fairfax media, “Crucially for Myer as it looks to build on sass & bide’s success in the fashion world as well as an expansion to the label’s range into areas such as lingerie, both co-founders will still spearhead the business’ style direction.

“Since [Myer’s] first investment, sass & bide has delivered a consistently strong performance for its investors, growing sales by 45 per cent and profit by 112 per cent.

Jennifer Lawrence cuts her hair, everyone loses their mind.

Jennifer Lawrence, everyone’s favourite celebrity BFF, has cut her shoulder length hair off and everyone on the internet dislikes it.

The pixie cut is reminiscent of the one Gwyneth Paltrow sported in the 90s and comparisons have also been made to Kate Gosselin from US tv show Jon & Kate Plus 8.

According to International Business Times:

…social media is already buzzing about the shorter ‘do. “What the heck? Why would you cut your gorgeous hair?? Oh no!!!” wrote one fan, Carrie Buckles of Salem, Mass., on the social media page Wednesday, a similar sentiment of many of the Kentucky-based actress’ fans. “You had such beautiful long hair Jen! Why did you have to cut it off!” said fan, Farrah Faraci.

Did Justin Bieber visit a brothel? Do we even care?

There has been rumours circulating that Justin Bieber allegedly spent the night with a prostitute in Panama last week.

And now a video features Bieber – or someone who looks like Bieber – lying on a bed has been uploaded to YouTube.

A prostitute reportedly told a Panama newspaper that Biebs paid her $500 for sex after the two met at a nightclub in Panama City.

According to News Ltd, ‘Boland requested leave from his bosses yesterday, including Ten CEO Hamish McLennan, and according to colleagues is ”struggling mentally” after Wake Up and Studio Ten premiered to disappointing ratings figures on Monday.’

The network executive reportedly broke up with his partner of five years, architect Julian Wong, on October 11 and openly suffers from bipolar disorder.

If you think you may be experiencing depression or another mental health problem, please contact your general practitioner or in Australia, contact Lifeline 13 11 14 for support, beyondblue 1300 22 4636 or SANE Australia for information.

Denise Richards is giving up custody of Sheen’s twins.

Denise Richards has been providing Charlie Sheen’s twin boys with Brooke Mueller with a stable and loving environment, while their parents seek help for drug and alcohol addiction, but has revealed she can longer cope with their increasingly disturbing and violent behaviour.

RadarOnline.com has obtained a heartbreaking letter penned by Richards herself informing the US authorities that she no longer feels capable of caring for the boys in her home.

“I have always cared for them as if they were my own children. Unfortunately, I have seen them get worse with increased contact with their mom and I am unable to obtain for them proper assessments and professional help.”

“With a heavy heart,” Richards lays out the painful story of how the boys came to find refuge with her and daughters Sam, Lola, and Eloise, and how recent contact with their mother, Mueller, has transformed them from “kind and loving” young boys to “zombie-like” boys who exhibit “extreme violent mood swings” and “violent behavior.”

According to Richards, her “daughters have been strangled, kicked in the head and stomach, scratched, bit, slapped, punched in the face and head, and spit on” by the boys, as have the family dogs. One night, she claims, they even broke into their baby sister ‘s room and relieved themselves in her tub, flinging their feces all over her bathroom. Richards has battled to have the boys evaluated for such unimaginable acts, but says that she has been stymied at every turn by Mueller.

“With no authority to make decisions on their behalf, I feel my hands are tied in providing them the proper help, support, and care that I feel as a parent that they need,” she writes.

‘I have not abandoned daughter Suri,’ says Tom Cruise.

Tom Cruise’s relationship with his daughter Suri has come under scrutiny since the now six-year-old was born and now Cruise has lashed out at the press.

According to two US magazines, Cruise has been ‘abandoning’ his daughter Suri since his divorce from Katie Holmes in 2012.

Cruise has lashed out and launched a $50 million defamation lawsuit against “Life & Style” and “In Touch” magazines for publishing stories about his lack of parenting skills.

Cruise claims to be ‘extremely close’ to his daughter Suri and says he is still a ‘constant presence’ in her life.

‘I have in no way cut Suri out of my life – whether physically, emotionally, financially or otherwise’ he said.

What better place to laugh off the trivialisation of Hollywood than on the Ellen show?

In true hilarious fashion, Melissa McCarthy has discussed the ‘Jacketgate’ incident with Ellen, stating that she’s ‘like a three hundred-year-old’ when it comes keeping up with media rounds. She was genuinely astonished she heard it was being discussed on CNN.

For those of you a bit slow on the uptake, there was major uproar after Melissa McCarthy was photographed on the front of Elle magazine in an over-sized coat. Apparently, people were distraught over the minimal amount of skin the actress was presumable ‘allowed’ to show.

McCarthy has hit back, herself, stating that not only did she CHOOSE the coat, she actually LOVED it. Living in L.A. she doesn’t get the chance to wear coats often and what better place to wear a coat than on millions of covers of Elle magazine?

Lady Gaga to perform in space.

Lady Gaga is one-uping the rest of the music business by scheduling her first concert in space. Yes, you read that right. Space.

In 2015 a three day music festival will be held in New Mexico and feature Gaga as the main act. “On the third day of the event Lady Gaga will take off from the Spaceport on board a Virgin Galactic Spaceship” People magazine report.

Bring on the zero gravity choreography!

Jennifer Lawrence looks gorgeous no matter what she's wearing because she is down to earth and unaffected by the Hollywood BS she is constantly subjected too. It's just hair, it grows back if she wants it to. For now, she rocks it short!

‘I have not abandoned daughter Suri,’ says Tom Cruise.