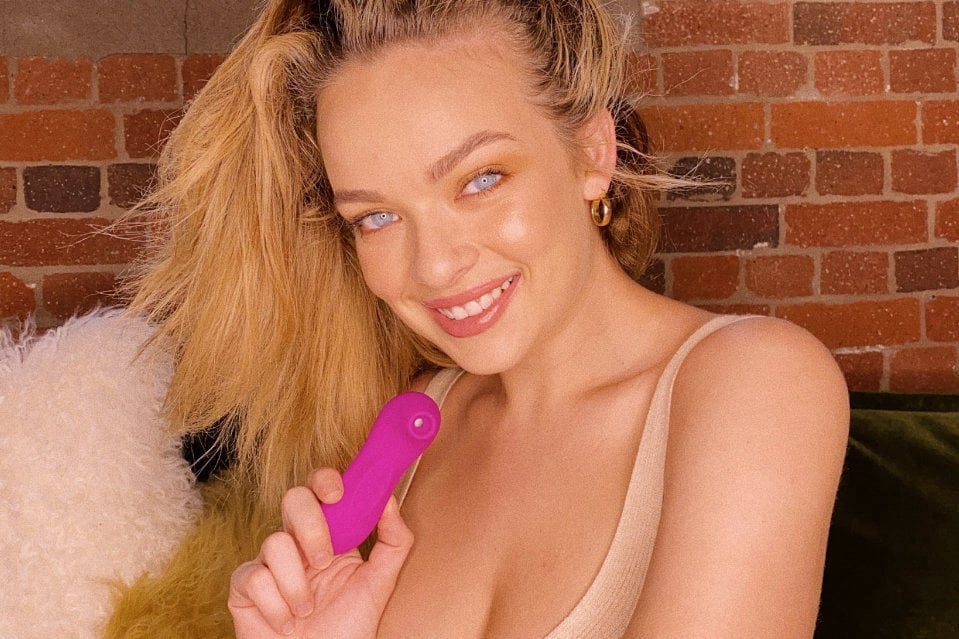 Thanks to our brand partner, Vush

There’s a movement happening right before our eyes on Instagram, and it’s one that Mamamia can firmly get behind: The embrace of self-love.

No, not the type where you look in the mirror and say how wonderful you look over and over again until you start believing it. But that is also very helpful.

Currently, the type of self-love getting a shout out on the 'gram is female sexual pleasure, triggered by a self-love device called “The Empress” by Vush.

You've probably seen it on your social feeds. The Empress is a compact toy, deliciously hot pink in colour, and is usually accompanied by a woman looking very, very satisfied.

In fact, in the last few months actress Isabelle Cornish, The Bachelor’s Abbie Chatfield and many, many influencers have all publicly expressed their love for The Empress.

So... what is it exactly? In short, it is a clitoral vacuum stimulator. It uses enhanced vacuum technology to gently suck and caress, with eight settings which cater to every level of sensitivity.

It’s also waterproof, completely silent and charged via a USB so there's no need to keep replacing the batteries. (It also arrives in discreet packaging so you won’t have that awkward exchange with your postie).

But most importantly, the general and united consensus is that it’s supremely superior in helping hit the big O. It’s perhaps why The Empress has had just more than 1500 (and counting) five-star reviews.

Mamamia touched base with Abbie Chatfield, who talked about her love for The Empress so much on Instagram that Vush has now made her an Ambassador for the buzzy self-pleasure brand.

Abbie, who's about to be back on TV again in Bachelor in Paradise, graciously described The Empress experience for us.

"The sensation of The Empress is unlike what most people would have experienced, and the feeling of suction focused on your clitoris makes it hard to not have an orgasm," the Bachelor in Paradise star told Mamamia. 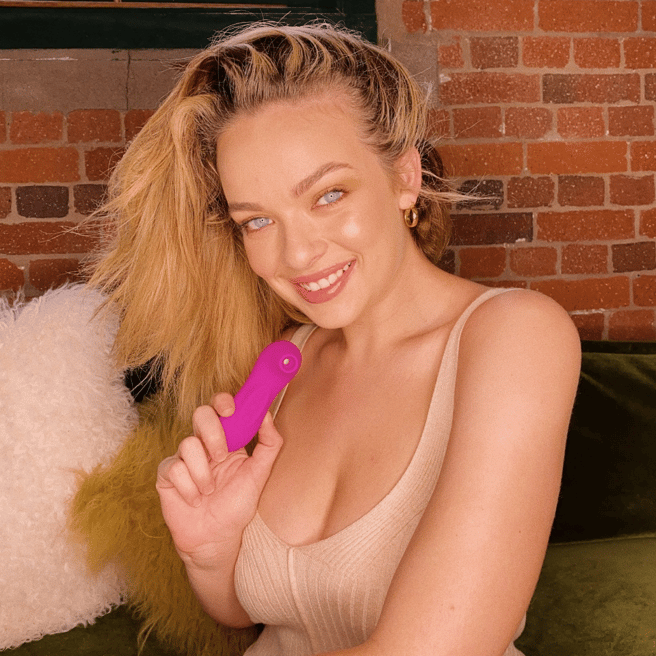 Abbie added that it can be used during partnered sex or for your solo 'me' time.

"No matter what your sexual orientation is, partnered sex may seem like an add-on when you have The Empress in your bedside table," she said. "But, the good thing is you can use it with or without a partner, so, more pleasure for everyone."

What’s perhaps even more impressive is the fact that The Empress hasn’t just helped women enjoy some serious self-love moments but has also managed something that few self-pleasure products have done before: It’s got women talking loud and proud about solo sexual pleasure.

Now, let’s be real, in the history of womankind, not many of us have really wanted to talk publicly about discovering and embodying our own sexuality sans partner. Dudes, on the other hand, have always openly admitted to a private one-hand tug like it isn’t a big thing (because it isn’t a big thing) but we’ve been a little more inhibited. Until now.

“The notion that female sexuality is something to be ashamed of, or something that is dirty or 'unladylike' is a pillar of Western culture,” Abbie explains. “Owning your sexuality as a woman is imperative to feeling empowered in other aspects of your life, allowing you to take agency.”

That’s the thing about Vush, it isn’t just about the sweet act of self-love but actually about the bigger picture of shifting a culture that’s, if we’re honest, totally outdated.

Since launching their #breakthestigma campaign, aimed at arming women with confidence so they can talk and embrace self-pleasure, it’s attracted an incredible 480,000 mentions on Instagram.

For a small sex toy that fits perfectly in the palm of your hand, that’s a pretty impressive influence. 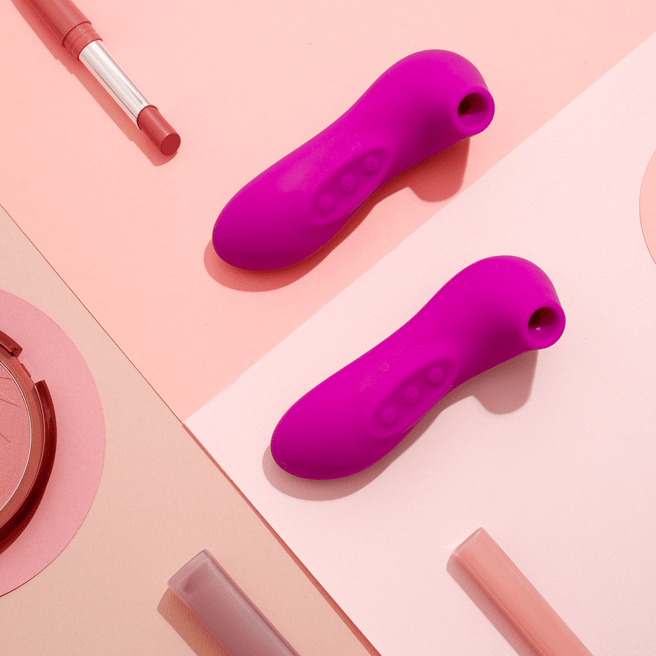 Now, if you haven't used self-pleasure products before, Abbie has some sound advice for how to feel confident and ready to explore your pleasure.

"The number one thing I would say is try to get rid of the shame," Abbie said. "Realise that a sex toy has the potential to allow you to experience pleasure that you may have not experienced before.

Born in Australia and beloved by women around the world, Vush sex toys are breaking the stigma surrounding female pleasure once and for all. Get to know your body, grow your self confidence, and empower yourself by taking your pleasure into your own hands. Ready to experience #moreselflove? Use the discount code 'MAMA' to get 65% off and free shipping on your order of The Empress today!

Reply
Upvote
Cheap knock off being sold as a premium product. Save your money.. even with the 60% off. Look at the Womaniser or WeVibe instead, much better products.