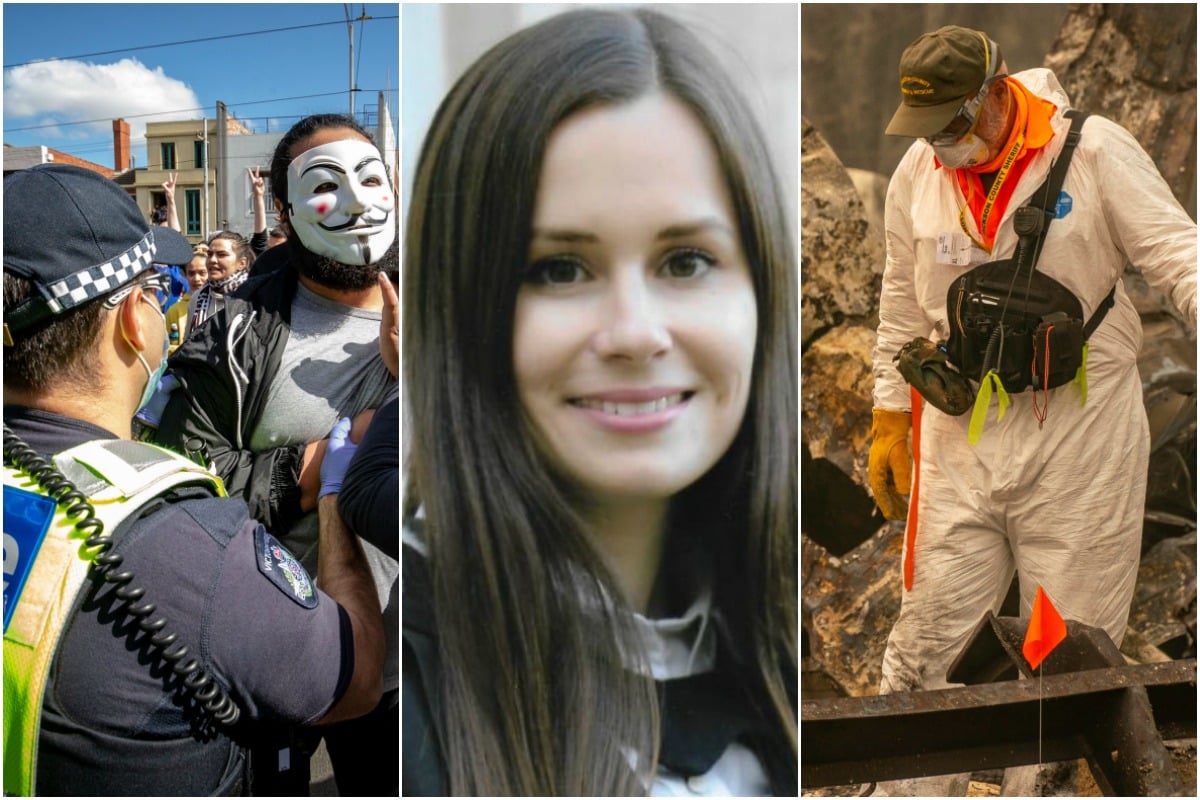 Victoria has recorded 35 new coronavirus cases and seven deaths, as Melbourne takes its first tentative steps out of lockdown.

The figures, confirmed by the Department of Health and Human Services, bring the state's death toll from the virus to 730 and the national count to 817.

#COVID19VicData for 14 September, 2020.
Yesterday there were 35 new cases reported and 7 lives lost. Our thoughts go out to all those affected.
More information will be available later today. pic.twitter.com/jApb1qnkTW

It's the lowest number of new cases since June 26, when the state recorded 30 infections.

The 14-day case average for Melbourne sits at 56.9, inching closer to the sub-50 target.

Melbourne will move to the "second step", including increased limits for public gatherings and a staged return to school for some students, from September 28 if the average falls to 30-50.

At least 250 protesters attended the rally yesterday which lead to violent clashes between protesters and riot police.

The 'Freedom Walk' was protesting against the stage four lockdowns, which were slightly eased on Sunday - with the state of emergency extended for another four weeks.

SUNDAY PROTEST: A second group is now marching down Elizabeth Street and through other city streets @7NewsMelbourne pic.twitter.com/qfaT8ha9uM

A number of protesters had travelled into Melbourne for the protest, with 9NEWS reporting a mother and daughter drove the two hours from Bendigo to take part.

"Police were disappointed that many protesters were aggressive and threatened violence towards officers," a Victoria Police statement said.

"There were no injuries to police that have been identified at this time.

"It was extremely disappointing to see people not just protesting, but putting the lives of other Victorians at risk despite all the warnings." 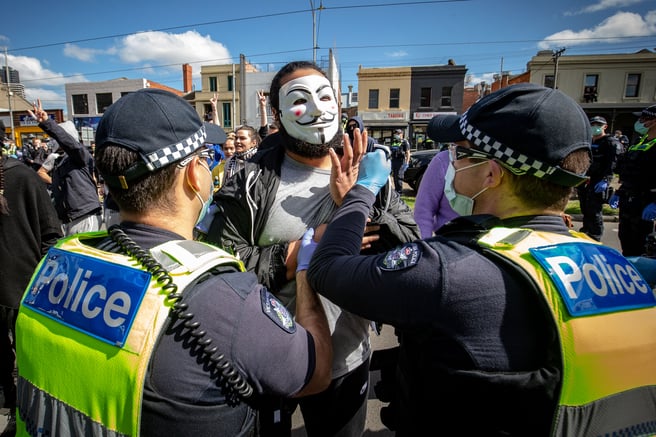 The rally followed others on Saturday when about 100 people demonstrated against strict Melbourne coronavirus restrictions across various locations.

Melbourne has had a slight easing of restrictions. ﻿

The changes that have come into place as of this week include:

- People living alone, or single parents will be allowed to have one other visitor as part of a "social bubble."

- Outdoor exercise extended for two hours split over a maximum of two sessions, allowing social interaction with one other person or household.

- Nightly curfew will start an hour later at 9pm.

People in regional Victoria will also enjoy greater freedom from Monday with up to five people able to gather in outdoor places from a maximum of two households.

The five-person limit will also apply for religious services that can resume in regional Victoria if they're held outdoors with a faith leader.

Authorities are hopeful regional areas could jump two steps out of lockdown by mid-next week, allowing residents to go out for a coffee or meal.

Victorian Premier Daniel Andrews last night confirmed he was scheduled to appear before the official inquiry into Victoria's ill-fated hotel quarantine program to answer questions about its failures.

Andrews will appear at a public hearing on Wednesday September 23 to, in his words, "find the answers that all Victorians are entitled to." 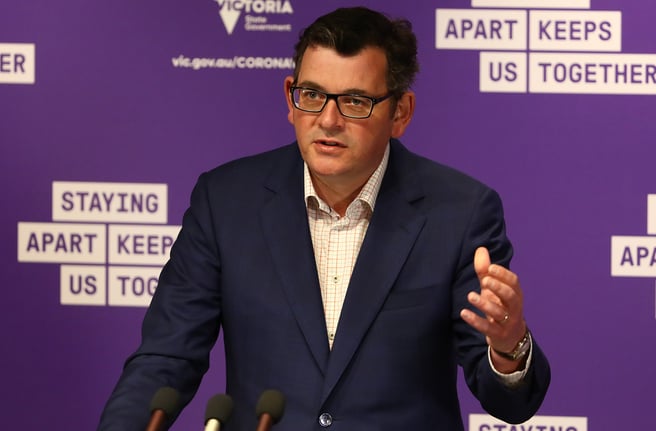 Andrews will face the inquiry next Wednesday. Image: Getty.

Two Melbourne hotels used to quarantine returned travellers are the source of Victoria's second wave of coronavirus, and the reason the state is currently enduring a tough stage four lockdown.

Chief Health Officer Brett Sutton, and his former deputy are due to give evidence this week, and senior ministers Martin Pakula, Jenny Mikakos and Lisa Neville are also expected to appear.

The inquiry has already heard evidence of the rushed scheme, poor infection control protocols and substandard training for guards.

Queensland doctors say 'back off' to COVID critics, as daughter begs for border exemption.

Queensland's top doctors have come to the defence of the state's chief health officer, calling on critics of her coronavirus border closure advice to 'back off'.

The Australian Medical Association says Chief Health Officer Jeanette Young has been repeatedly targeted for recommending the state remain isolated from Victoria, NSW and the ACT.

AMA Queensland President Chris Perry says there have been numerous "stressful" personal attacks on Dr Young over her health advice to the government.

"Back off. Leave her alone. We think this chief health officer is doing a great job," he told reporters on Sunday.

Dr Perry said most of the criticism had been by online trolls but he also acknowledged the federal government had a "different point of view".

Barbara Zammit’s mother, Angela, is receiving palliative care on the Gold Coast, and is begging for entry into the state to say her goodbyes.

"She’s on morphine, I’m running out of time," she told 7NEWS last night. "We deserve a chance to say goodbye."

The premier has taken her strongest stance yet against Queensland's border closure, calling the tough measures 'unnecessary'. In a scathing message, @GladysB urged her Queensland counterpart to end the shutdown that's causing heartache for so many. @RobertOvadia #7NEWS pic.twitter.com/4CAY9bfA3V

In recent days, a Canberra woman was unable to attend her father’s funeral, and a father-of-four was told to pick one of his children to say goodbye to him on his deathbed, with the NSW Premier and Prime Minister both vocal in their criticism of the Queensland's border restrictions.

Search steps up for US bushfire victims.

Crews will resume searching for the dead today among blackened ruins left by massive wildfires raging in three western US states, where millions of acres have burned in weeks.

A blitz of wildfires across Oregon, California and Washington has destroyed thousands of homes and a half dozen small towns this summer, scorching a landscape the size of New Jersey and killing more than two dozen people since early August. 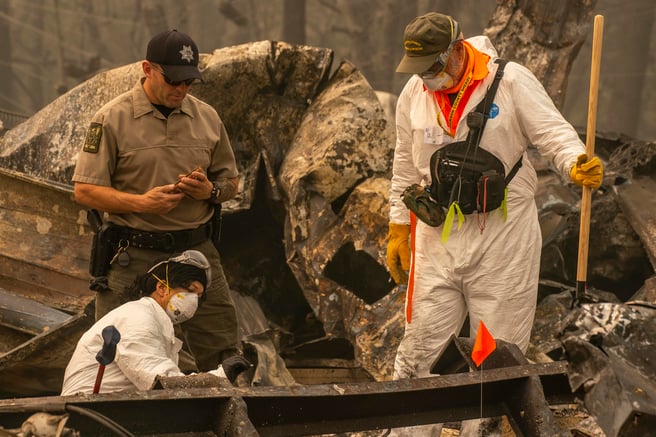 Search and rescue personnel look for the possible remains of a missing elderly resident in a mobile home park in Ashland, Oregon. Image: David Ryder/Getty.

Oregon Governor Kate Brown called the perilous blazes a "once-in-a-generation event," and the director of Oregon's office of emergency management, Andrew Phelps, said authorities were bracing for the possibility of "mass fatality" incidents.

There were 38 active fires burning in Oregon as of Sunday morning, according to the state's office of emergency management website.

In California, tens of thousands of firefighters were battling 28 major wildfires as of Saturday afternoon. 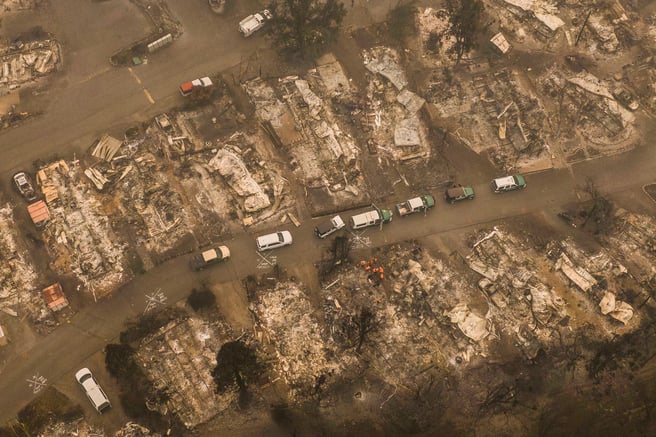 Hundreds of homes in Ashland and nearby towns have been lostdue to wildfire. Image: David Ryder/Getty

The president has said that western governors bear some of the blame for intense fire seasons in recent years, accusing them of poor forest management.

Friends and colleagues of an Australian academic jailed in Iran met up on Sunday in her NSW home town to run, in a show of support.

Sunday marked two years since University of Melbourne lecturer Kylie Moore-Gilbert was arrested at Tehran Airport after attending a conference.

She was later convicted of espionage but denies the charges. 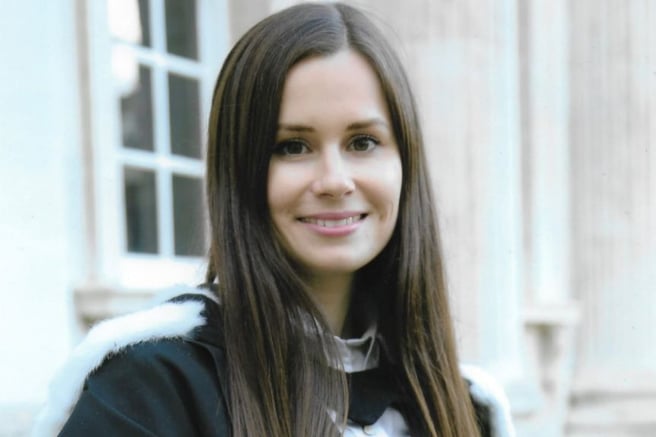 Australian academic Kylie Moore-Gilbert has been in prison in Iran for two years. Image: Supplied.

Dr Moore-Gilbert is understood to be serving a sentence of 10 years and was in July transferred to Qarchak prison, which is infamous for killings and torture.

Her Australia-based support group says Dr Moore-Gilbert has been doing laps of the small jail exercise yard in her only footwear, prison-issued slippers.

They gathered in Bathurst on the weekend to run, with others sharing their own running selfies on social media under the hashtag #werunwithkylie.

We’ve got my parents, friends, and the lovely folks from Hall @rotary out running laps of the oval this morning#WeRunWithKylie ❤️ pic.twitter.com/Xb0tuFVteL

Today marks 2 years since academic Kylie Moore-Gilbert has been unlawfully imprisoned in Iran. We need to bring her home! Today #WeRunForKylie @FreeKylieMG pic.twitter.com/E0OMbTOqjY

Read More: "I am not a spy": Australian Kylie Moore-Gilbert is trapped in Iran's most notorious prison.

- Aussie teenager Oscar Piastri, 19, has finished his debut formula 3 campaign by securing the title in the season finale in Italy.

- Israel is heading into its second coronavirus lockdown from Friday for three weeks, with daily cases peaking at 4000 on Thursday.