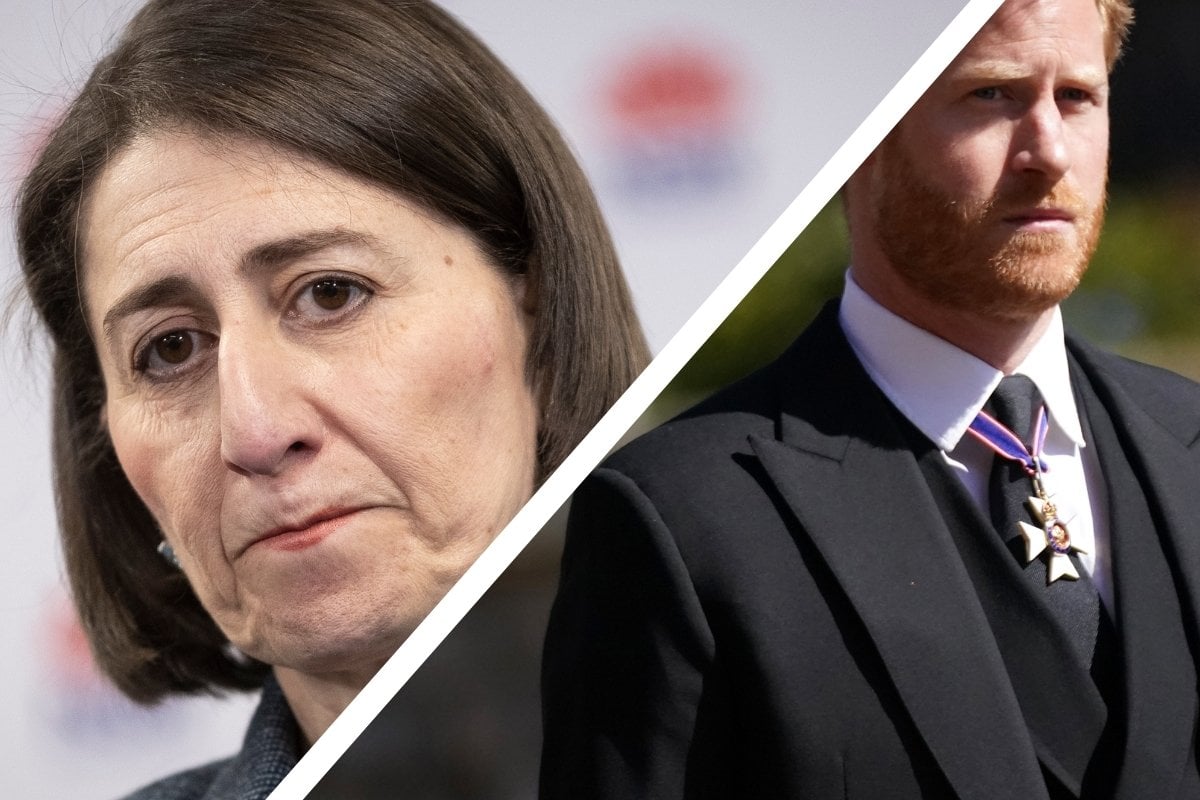 Victoria closes its border to Sydney.

Victoria has shut its border to Sydney after the Bondi cluster grew to 21 cases on Tuesday, including one mystery case.

Wollongong has also been listed as an orange zone, meaning incoming travellers from there must get tested soon after arrival and isolate until they receive a negative result.

The ban was effective from 1am on Wednesday.

"If you enter at an airport or seaport from a red zone without a permit, you will be fined and will stay in hotel quarantine until return transport is arranged," the health department said.

Sydney records one mystery case at a school in Eastern Suburbs.

A Year 3 student at St Charles Catholic Primary School in Waverley has tested positive to coronavirus and attended school whilst unknowingly infectious. The student was the only new case on Tuesday who was not linked to existing cases.

Sydney Catholic Schools said in a statement that all Year 3 students will be tested for the virus and the school will be closed for the remainder of the week for a deep clean. 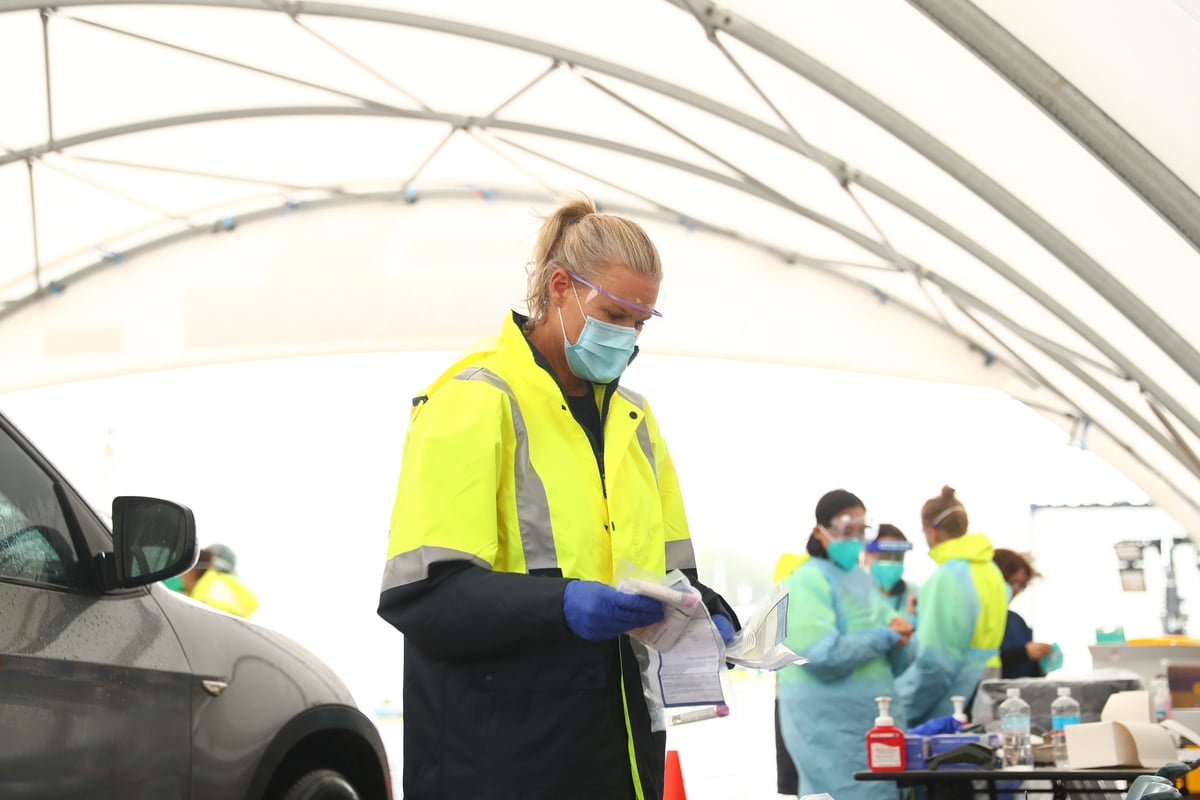 Sydney recorded one mystery case of the virus on Tuesday. Image: Getty.

Meantime, mandatory mask rules have been extended by a week in Sydney.

When asked whether a lockdown was likely for Sydney, NSW Premier Gladys Berejiklian said she had a "degree of confidence" in the situation despite the number of cases linked to the Bondi cluster.

"If we suddenly have a number of unlinked cases and if we suddenly have them outside the geographic region they are concentrated in, that will obviously adjust the health advice and we will respond to that," the premier said.

NSW Health also ramped up its advice around the original infection site at Westfield Bondi Junction and is asking anyone who was there - including the car park - at any time between June 12 and 18 June to get tested.

COVID-19 case flew to New Zealand and back.

A health alert has been issued after a person infected with COVID-19 flew from Sydney to New Zealand and back.

NSW Health has issued an alert for passengers travelling on Qantas flight QF163 on Friday night to Wellington and anyone who flew on Monday morning on Air New Zealand flight NZ247 from Wellington to Sydney.

Passengers on board those flights must contact NSW Health immediately, get tested and isolate for 14 days regardless of the result.

The alert comes after New Zealand health authorities closed the trans-Tasman bubble with NSW for at least 72 hours after the state recorded 10 new cases on Tuesday.

Prince Harry to return to the UK within days. 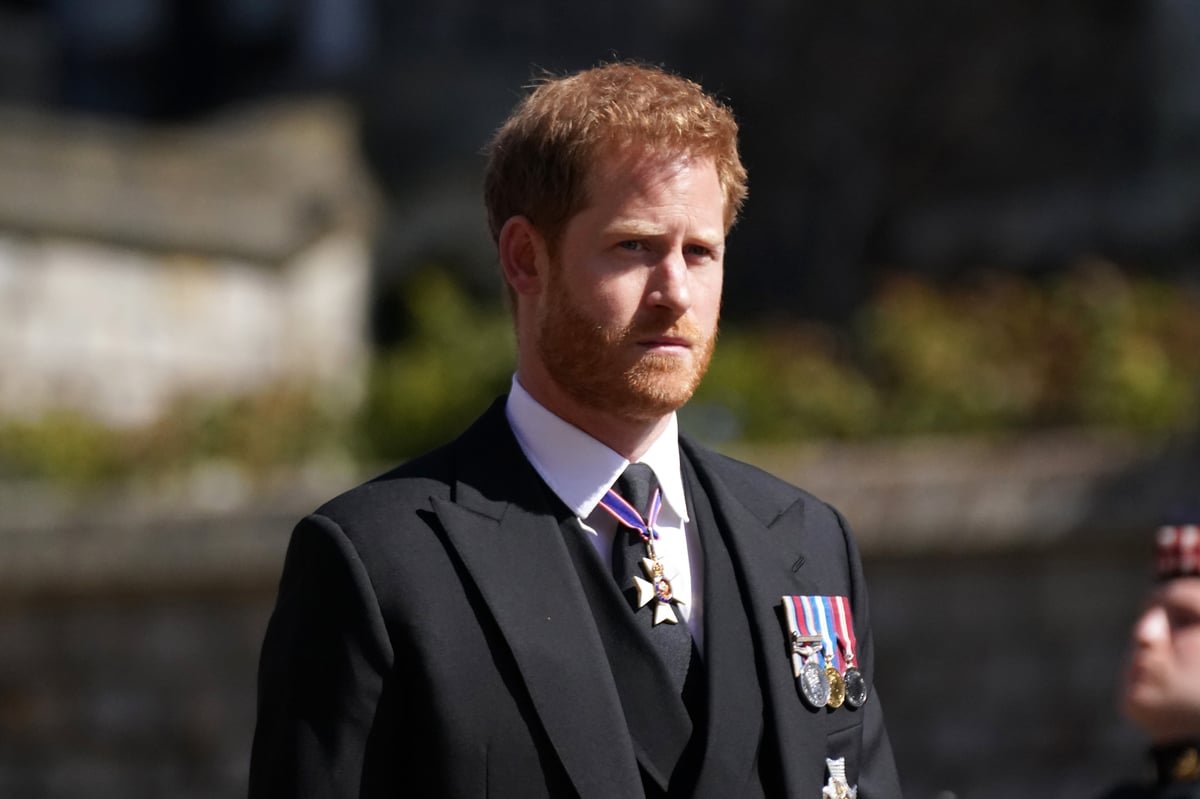 Prince Harry will return to the UK within days. Image: Getty.

Prince Harry will return to the UK within days to unveil a statue dedicated to his later mother Princess Diana for what would have been her 60th birthday.

The Duke of Sussex will go straight into mandatory isolation upon arrival, with Britain's coronavirus rules stipulating arrivals from the United States must isolate for 10 days, or can be released after five if they return a negative result.

According to The Sun, Prince Harry will stay with his cousin Eugenie, 31, and her husband Jack Brooksbank, 35 at Frogmore Cottage. It's understood the house will be split into two - to prevent Prince Harry coming into contact with the couple whilst isolating.

It will be the first time Prince Harry is returning since his allegations against his family in documentary The Me You Can’t See.

Sun Yang will not compete for the Tokyo Olympics.

Chinese swimmer Sun Yang's will be suspended for the Tokyo Olympics for violating anti-doping rules. However the Court of Arbitration for Sport has been almost halved his suspension to four years and three months, after initially being banned for eight years.

The panel found Sun had "evaded, refused or failed to submit to sample collection" in contravention of FINA's doping code and that he was also guilty of "tampering or alleged tampering with any part of doping control by an athlete or other person".

CAS found Sun had "acted recklessly", in particular when he refused to allow blood samples to leave with the sample collectors.

Sun Yang has a famous feud with Australian swimmer Mack Horton, who labelled him a "drug cheat" in 2016 after Yung beat him to the gold medal.

New data from a UK symptom-tracking app suggests the Delta variant of the coronavirus presents different symptoms to the original variant.

According to the ZOE COVID Symptom study, the most common symptom for people under 40 is now a headache, followed by a sore throat, runny nose and fever.

The original symptoms, like a cough and loss of smell, are now much further down the list.

Professor Tim Spector said the delta variant feels like a "bad cold" for young people, seeing many "still go out to parties and spread it to around six other people."