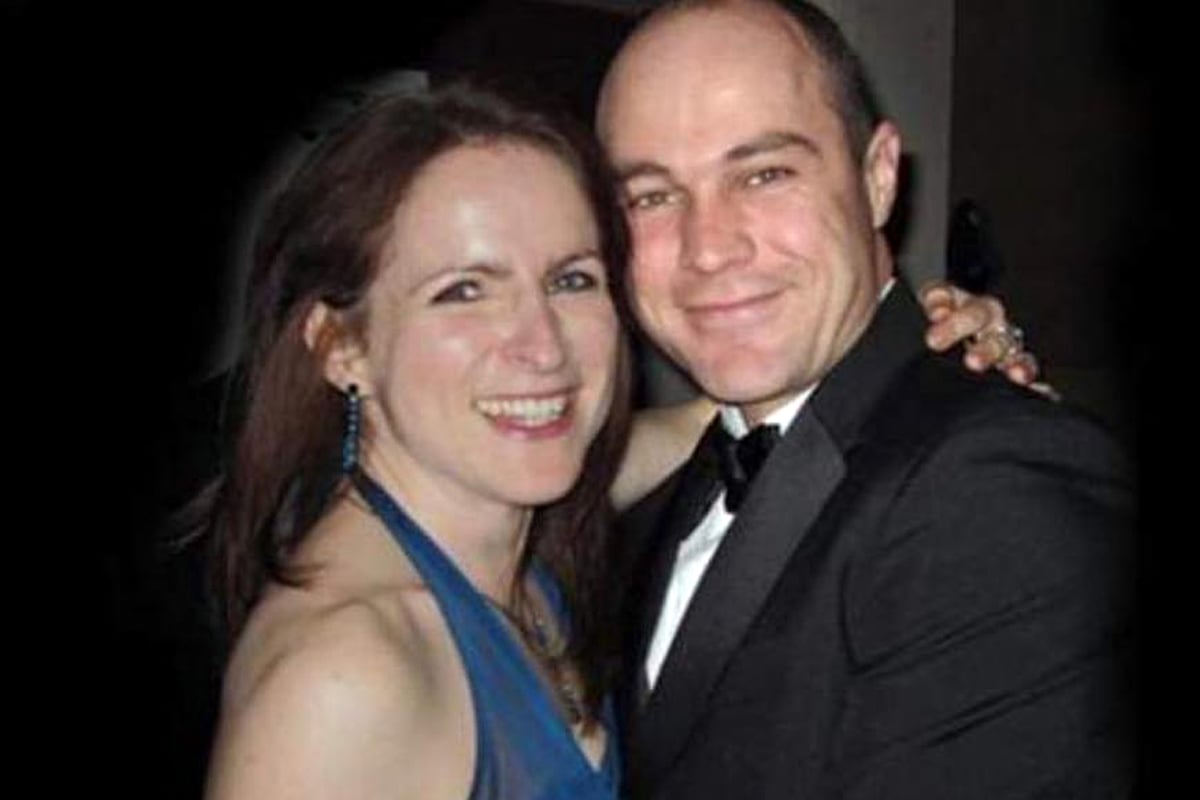 When Victoria Cilliers jumped out of a plane at 1200m and her parachute and backup parachute both failed, onlookers rushed over with a body bag. But miraculously, she was still alive. Her husband’s second attempt to kill her had been unsuccessful.

Now, five years later, Victoria is telling the full story in a new book, I Survived.

Victoria met Emile Cilliers in 2009 when she was working as a physiotherapist at an army base at Larkhill in the UK. He was a physical training instructor and he’d injured his knee while skiing. She’d started chatting to him about skydiving, as she spent her weekends working as an instructor.

It wasn’t long before Victoria fell for Emile’s "piercing blue" eyes and "alpha male" personality. She was in her mid-thirties and had one failed marriage to an unfaithful military man behind her.  ﻿

"It picked up speed quickly," she told the Sunday Mirror. "He is a very passionate, intense individual – he goes 100 per cent and for the first few years I was his passion." 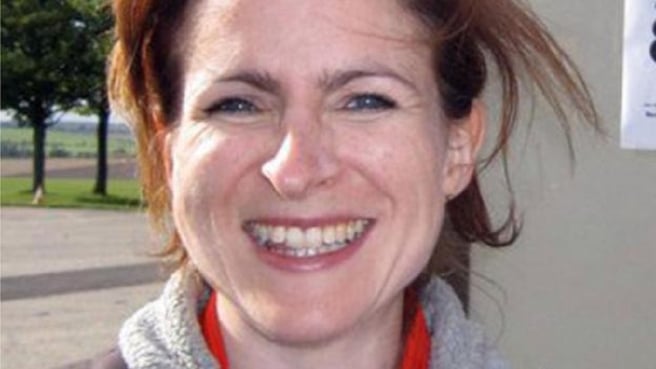 In an excerpt from her book published in the Daily Mail, Victoria admits she felt uncomfortable when Emile would criticise his ex-wife Carly and claim he had never loved her. When Victoria finally met Carly, as she dropped Emile’s two kids around for a visit, there was another shock in store.

"She dropped a bombshell: 'I assume you know about the other children,'" Victoria wrote in her book.

Emile hadn’t told Victoria that he had two older children from an earlier relationship, as well as the two children with Carly.

Victoria worried about Emile’s lack of honesty, but then let it go, as Emile continued to show his love for her – cooking meals and leaving love notes around the house.

In 2011, Emile proposed to Victoria in his home country of South Africa and she happily accepted.

A few months before the wedding, Victoria suffered a miscarriage, and was distressed when Emile chose to go out with his friends in London for the night while she endured the traumatic experience alone. But again, she let it go.

The couple married, had a baby girl called April, and things looked good. But after a while, Victoria noticed money disappearing from their joint bank account. Despite arguments over finances, the couple decided to try for another baby. There were more relationship dramas, including emails Emile received from a sex club.

"One of them read: 'I had a great time tonight,'" Victoria writes in the book. "Emile had replied: 'Yeah, me too.'"

But he insisted to her his account had been hacked and accused her of being paranoid.

By the time Victoria’s second baby was almost due, she knew the relationship was toxic. She’d uncovered emails revealing he was planning a trip away with his girlfriend.

Victoria wasn’t aware of the full extent of the betrayals. Not only did Emile go to sex clubs and have a girlfriend – a skydiving instructor called Stefanie Goller – he was still sleeping with his ex-wife Carly.

Their second child, Ben, was born in February 2015. Not long after Victoria got home from hospital, Emile told her he was staying at his barracks overnight. He did some fiddling around in the house before leaving. The next morning, in the kitchen, Victoria could smell gas. A gas valve had been tampered with. 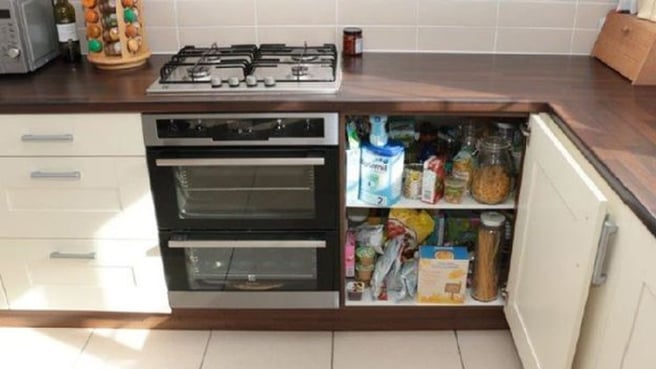 The cupboard next to the stove is where Emile opened a gas valve. Image: Wiltshire Police.

Victoria jokingly asked Emile if he had tried to kill her. He denied it angrily, but in fact, he had. He was also prepared for his two children to die if it meant getting rid of his wife.

A few weeks later, Emile suggested they go skydiving together. Victoria was thrilled that her husband wanted to do something with her. He later pulled out, claiming he couldn’t get a babysitter, but brought the kids along to watch her jump. At one point, he disappeared into the toilets with her parachute, and when the jump was cancelled due to the weather, he insisted she keep the same parachute for the following day.

"I had a terrible feeling about the jump," she wrote in her book. "It was like a sixth sense: something inside me was screaming not to do it. But Emile urged me to go ahead."﻿﻿

Victoria had done more than 2500 jumps before, but this one, in April 2015, was different. As she pulled the parachute, she felt an "uneven jolt".

"It just didn't feel right," she later recalled. "The lines were twisted. I was spinning."

As she couldn’t untwist the lines, Victoria deployed the backup parachute. That also failed, because Emile had tampered with that one too. 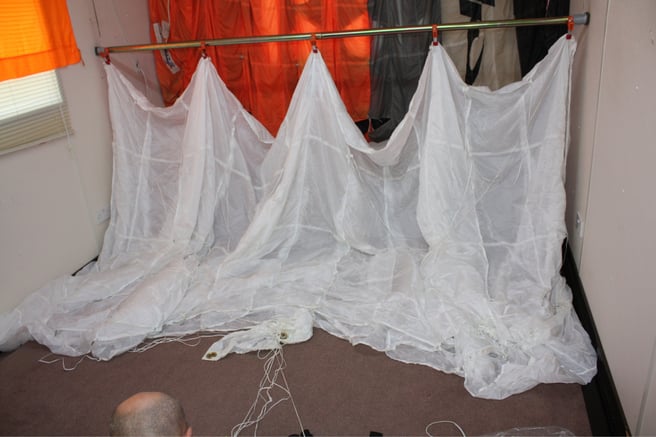 Victoria hit the ground and everything went black. But because she landed in a soft, recently ploughed field, she survived. However, her spine was broken in four places and she also had a broken pelvis and ribs.

When Emile visited her in intensive care, he was more concerned with the insurance money than how she was feeling.

"He didn't even say he loved me," Victoria told the police. "He was there counting up my fractures. You get £1,000 for each break and he was there totting them up."

An investigation showed the parachutes had been deliberately sabotaged. Police seized Emile’s computer and phone, and discovered his infidelity as well as his financial problems. He’d been hoping to receive a huge insurance payout if Victoria died.

It took two trials, but eventually Emile was found guilty of trying to murder his wife and sentenced to at least 18 years in jail. 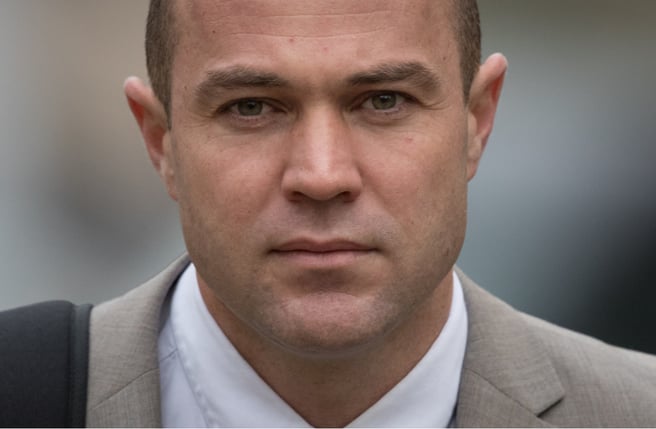 "This culminated in his desire to have her dead, whether that be to start a new life with his lover Stefanie Goller, benefit financially from the death of Victoria Cilliers, or both," Squire added.

Two days after Emile was found guilty, Victoria told the Sunday Mirror that she was "hurt and angry", but couldn’t see her husband as being capable of murder.

"I have to go with, I suppose, the verdict," she said. "It’s too big to get my head around. It’s hard to comprehend that someone you get married to and have children with would be capable of that."

Victoria kept visiting Emile in jail. But when she finally decided, 18 months ago, that she wanted a divorce, he refused to sign the papers. Victoria tells the Daily Mail that he wanted more time to "discuss the viability of the marriage".

In other words, despite him trying to kill her twice and betraying her countless times, he still thought they had a future together.

Victoria now has a new partner – an old friend who is an ex-military man and a parachutist.

"We have a similar circle of friends and I've known him for nine years, which is the only way it would ever have worked because of the trust issues," she tells the Daily Mail.

Reply
Upvote
Emile is truly a selfish, arrogant narcissist. And although she didn’t die, he deserves longer. I hope they send him to a mental unit afterwards indefinitely. So glad he is away from their children.
msd 9 months ago