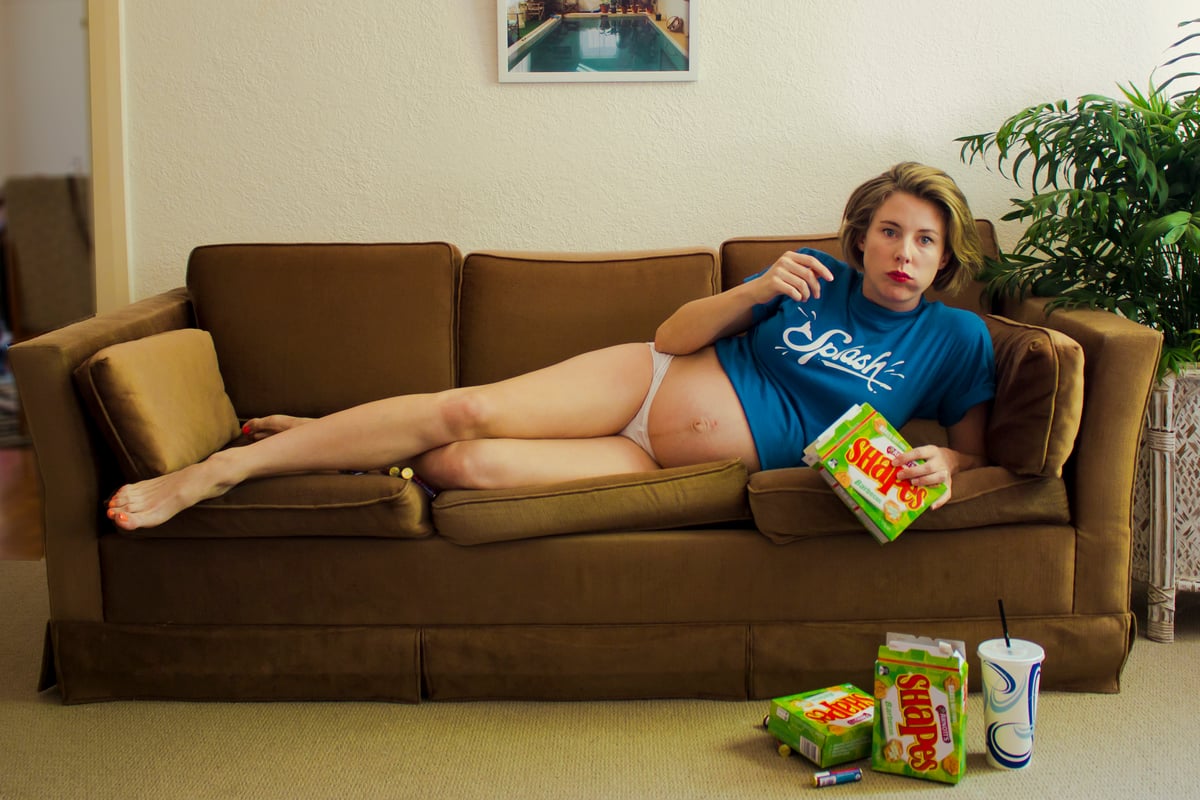 ‘And the poached eggs for...’ said the waitress, glancing at my pregnant belly then at me. Her eyes widened in panic. ‘These aren’t hard-poached. Did you order this? Is this yours?’

She hovered the plate in the air above the table, evidently to waft the melted butter under my pregnant nose.

She put the plate on a neighbouring empty table and kneeled next to my chair. ‘I can ask the kitchen to make it again,’ she said gently, smiling encouragingly. She can’t have been older than 20. ‘It’s really no problem.’

I stared at my partner Sam across the table, my face reddening. A milk steamer screeched from the coffee machine behind me. He would tell me afterwards it looked like steam was shooting out the top of my skull.

The woman stood slowly and retrieved the plate from the table behind her, heavier in her hand now. Somberly, she placed the eggs in front of me. A loaded gun to a madwoman. To her credit, she refrained from crossing herself before walking away.

The Food Authority of NSW suggests avoiding raw eggs during pregnancy, as there is a risk of contracting Salmonella, which, in the vast majority of cases, isn’t a big deal, but under rare circumstances, can cause harm to the baby or even death. However, the bacteria is killed instantly at 74 degrees, and since the recommended cooking temperature of a soft poached egg is 75 degrees, even in the event that the food was contaminated (one in twenty thousand eggs is thought to contain Salmonella), in all likelihood, it would pose no risk.

Statistically, I’d be more likely to fall into a snake pit than harm my unborn baby with an order of poached eggs, but this is of little consequence to the issue at hand. It's a logical argument in response to an illogical one, a belief held deep and true in the hearts of well-meaning idiots everywhere: Expecting mothers belong to the public.

Unsolicited advice pervaded both my pregnancies. My number of weeks gestation was demanded of me wherever I went, followed by an inevitable follow-up remark on how big or small I looked in relation to the answer I gave.

On Hello, Bump: What to do when you're over being pregnant. Post continues below.

There was the childless friend who read a book on natural birth and could therefore say with confidence that delivery complications could only be a result of my fear.

Then there was the woman who sat next to me in a restaurant to impart the details of her daughter-in-law’s infinity degree tear after the birth of her second child. She offered nothing in the way of advice, but rather, a run-of-the-mill sinister birth story, sprung on its unsuspecting victim like a zombie’s hand through the dirt.

'When are you due?' a man once yelled to me across the street.

'What was the consistency of your stool today?' I wanted to yell back.

I will, if I’m ever pregnant again.

The barrage of unwanted input infuriated me, particularly during my first pregnancy. The feeling was non-conducive to the birth I hoped to have: a non-medicalised and joyful one to a playlist of late 60s Folk music. Kind of hard to pull off when your cervix is taut with rage.

As it turned out, the birth of my first child was medicalised and not overly joyful. I felt a crushing sense of failure, yada yada yada. For a while, I blamed the unsolicited advice-givers, who were likely suspects.

Being treated like a dangerous idiot who needs help ordering breakfast isn’t exactly confidence-inspiring. But by the time my second pregnancy rolled around, the comments affected me less. I was able to see the people giving them for what they were: cluelessly craving validation. I had a front row ticket to Humans At Their Most Possessed & Unguarded. I miss it.

The way people crossed the street to share intimate medical stories with me and gripped my forearm, pleading with me to have three children because that was the right number of siblings, or whatever. Nobody talks to me now. I’m just a regular non-pregnant stranger on the tram. When I order eggs people just say, “Okay” or, “No problem!”

It can be a little lonely sometimes.

Ashe Davenport is a Melbourne-based author and journalist. Her debut book Sad Mum Lady began as a personal blog called Sad Pregnant Lady. Ashe is a mother of two.