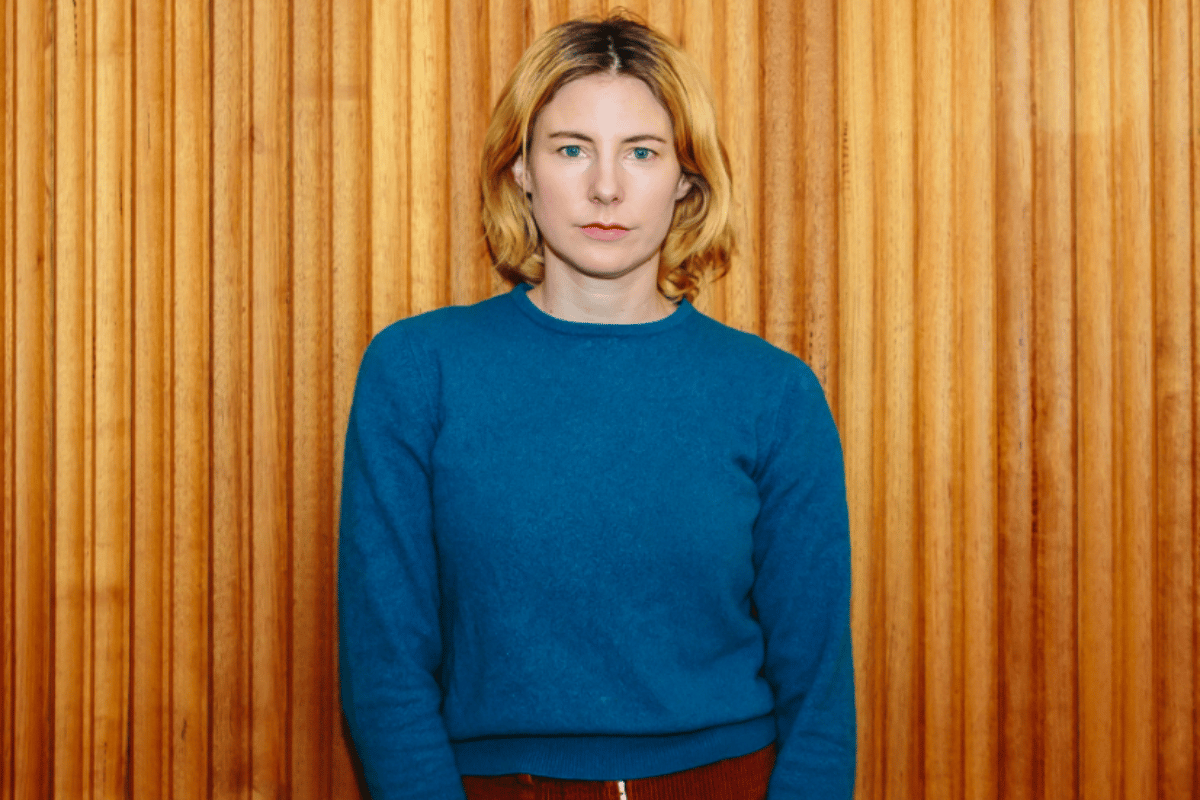 When Evie described her un-medicated home birth as the most beautiful experience of her life, my first thought was ‘ew.’

Birth began with a mucus plug and things got more disgusting from there. But it was the way she said it that irked me most of all. Her peaceful smile and unabashed use of the word ‘beautiful’. Her long, undone curls cascading past her breasts, just so.

Evie had birthed her baby without needing medical intervention. She was the epitome of woman, and I was not, and she was being so goddam nice about it, it made me sick.

WATCH: Thoughts you have while giving birth. Post continues below.

On the scale of traumatic births my first daughter Dee Dee’s was reasonably mild (Syntocinon–fetal distress– episiotomy–vacuum–everyone basically fine), but the emotional impact was off the chart.

I blamed myself for the induction and the danger it caused her. Had I not been so anxious, she would have glided to safety on a morning dewdrop, my body doing what it was designed to do, i.e. opening resplendently like a water lily in bloom.

At least that’s what a lot of the non-medicalised birth books said. Instead, my body became something Dee Dee needed to be rescued from, a broken elevator in a bad action movie, the trapped young starlet’s oxygen supply running out just as the doors were prised open and she was pulled to safety.

My second pregnancy unlocked everything I was too busy and overwhelmed to process during the first eighteen months of parenthood: my lack of faith in my body’s ability to keep my baby safe, my fury at the medical system for fuelling my fear, my hurt over the Evies of the world for making me feel like a failure and the depth of unkindness I had towards myself.

In an attempt to ease my anxiety, Evie left a book about hypnobirthing on my doorstep, which she believed had greatly attributed to her beautiful birth.

A chubby baby smiled over a misty pink background, the words ‘natural’ and ‘birth’ emblazoned across its forehead. I would have preferred a flaming bag of dog sh*t, but I didn’t know Evie well enough to tell her that at the time.

The crux of hypnobirth is that through positive affirmations, breathing and visualisation, the vast majority of women can give birth unmedicated and with relative ease.

I’d learned a little about it during my first pregnancy and blamed it almost entirely for how crap I felt over how the birth had turned out. 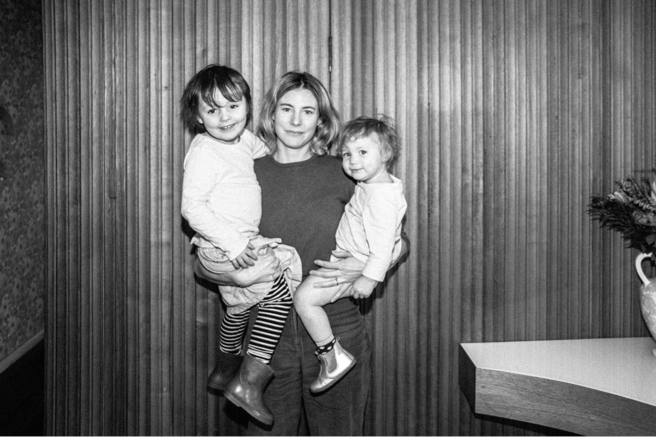 Author Ashe with her daughters. Image: Supplied The big idea is that women are in charge of the outcome of their birth - the flip side of that being the sense of crushing failure if things don’t go to plan. Hypnobirthing was a dangerous game, but I really, really wanted my body to open like a water lily in bloom.

I placed the book on the bench and came back to it during Dee Dee’s midday nap. The chubby baby beckoned me from a patch of warm, milky sunlight, and in I fell. Straight out of the gate, I learned that I could have given birth without intervention if I had a stronger connection to my maternal instinct.

‘Wow, f*ck you, Evie,’ I said aloud, thumbing ahead to the chapter on positive affirmations. They were fine, but the parts about how I’d failed the last time were intoxicating.

I was seduced by the author almost immediately, by the way they knew my most secret fears and how to make me not afraid anymore. Your desire to protect your child wasn’t powerful enough, they whispered between the lines. You weren’t powerful enough.

‘Yes, I am selfish and weak,’ I murmured, ‘that’s why my birth was a miserable medical experiment.’ It was an embarrassment to women everywhere, but now is your chance to redeem yourself.

Embrace my teachings fully and without question...or else burn in the fires of birth shame for all eternity.

The book’s front cover curled up at the edges, which Evie had explained was the result of some light summer rain damage. I imagined her dozing on a banana lounge as she was misted with rain, those pinkish hues rising and falling on her belly with each contented breath.

‘Why can’t I be more like Evie?’ I asked Dee Dee one afternoon, who looked up from her sunscreen finger painting on the bathroom tiles.

I was emptying the contents of the vanity on the hunt for my old curling wand.

Sporting a head of tight curls that splintered at the ends, I researched hypnobirthing late into the night. I learned about the inner workings of labour and how, in most cases, a birthing woman’s body was an astoundingly efficient system.

Contractions were triggered by oxytocin, the body’s natural source of heroin, which caused a domino effect of opioids that helped to relieve pain. Basically, the more loved up I could feel during labour, the more oxytocin I would produce, the more effective and less painful my contractions would be.

Conversely, fear was the enemy of labour and birth, slowing contractions and tautening the cervix, which could result in complications and excruciating pain.

I discovered how hospitals could be disruptive environments for labour, with their operating tables, medicines and gleaming birth instruments - all signs pointing to the labouring woman requiring assistance to birth her baby, planting seeds of oxytocin-slowing doubt.

In the hospital waiting room for my 28-week check-up, I watched a video of a woman birthing her own baby next to a slide in her backyard. It was her sixth free birth, each one going off without a hitch. She delivered her third on a picnic rug alone in the woods in the middle of the night.

Hospitals made her feel stressed; death by wolves or exposure, or wolves raising her baby as their own after she had died from exposure, apparently did not.

I wanted to project the slide video on the waiting room wall so that everyone would finally know the truth: Birth was a cinch. ‘You see?’ I’d say as it was playing, my eyes shining beneath a film of tears. ‘We don’t need all this medical saddlery. We just have to believe!’

The obstetrician listened patiently to my concerns about hospitals planting seeds of oxytocin-slowing doubt, and assured me my feelings were valid. She suggested I see my GP for the remainder of my check-ups instead of coming to the hospital if it made me more comfortable.

She was the voice of reason, the paradoxical middle ground between ‘natural’ and medicalised birth. I felt the hiss of months of built-up tension start to leave my neck and shoulders.

The door opened to reveal the bristling head of an obstetrician from down the hall.

‘She’s going to need a caesarean,’ he barked.

‘He doesn’t mean you, Ashe!’ said my doctor. ‘Let me just quickly deal with this.’

She went into the hallway and closed the door. I heard parts of their muffled conversation about the pregnant person who was last in my chair. ‘Nuchal cord’ and ‘fetal growth restriction’ were reeled off like items on a grocery list.

The World Health Organization reported that in 2017, around 295,000 women died from pregnancy and childbirth-related causes. Ninety-four per cent of these deaths occurred in low-resource settings, and most could have been prevented with better access to medical care.

Every year, millions of babies die during their first week of life for the same reason. Access to quality health care was an immense privilege, but also a double-edged sword due to its built-in risk aversion, a system that couldn’t help but spook healthy preggos who just needed to calm their cervix.

Evie’s book classified Dee Dee’s birth as a ‘horror story’, regardless of it being one that resulted in a live, healthy mother and baby. I was strongly encouraged to keep it to myself, so as to spare other pregnant people the distress of my experience.

I wasn’t so much as to think about it, lest I hinder my chances of achieving a ‘positive story’ - meaning a strictly unmedicated vaginal birth - the second time around.

The book was vehemently against me accepting pain medication during labour and birth, and suggested that my choice to do so may have resulted in my firstborn suffering long-term feelings of abandonment.

Evie’s book was not having the desired effect. My cervix was not calm. My cervix was incensed. I vowed to destroy the misty-coloured fascist rag, but not before proving this fundamental part of its teachings wrong: that Dee Dee’s birth was a horror story, and one that I needed to forget.

This is an edited extract from the book Sad Mum Lady by Ashe Davenport, which you can find here.

Ashe Davenport is a Melbourne-based author and journalist. Her debut book began as a personal blog called Sad Pregnant Lady, which would become Sad Mum Lady. Ashe is a mother of two.