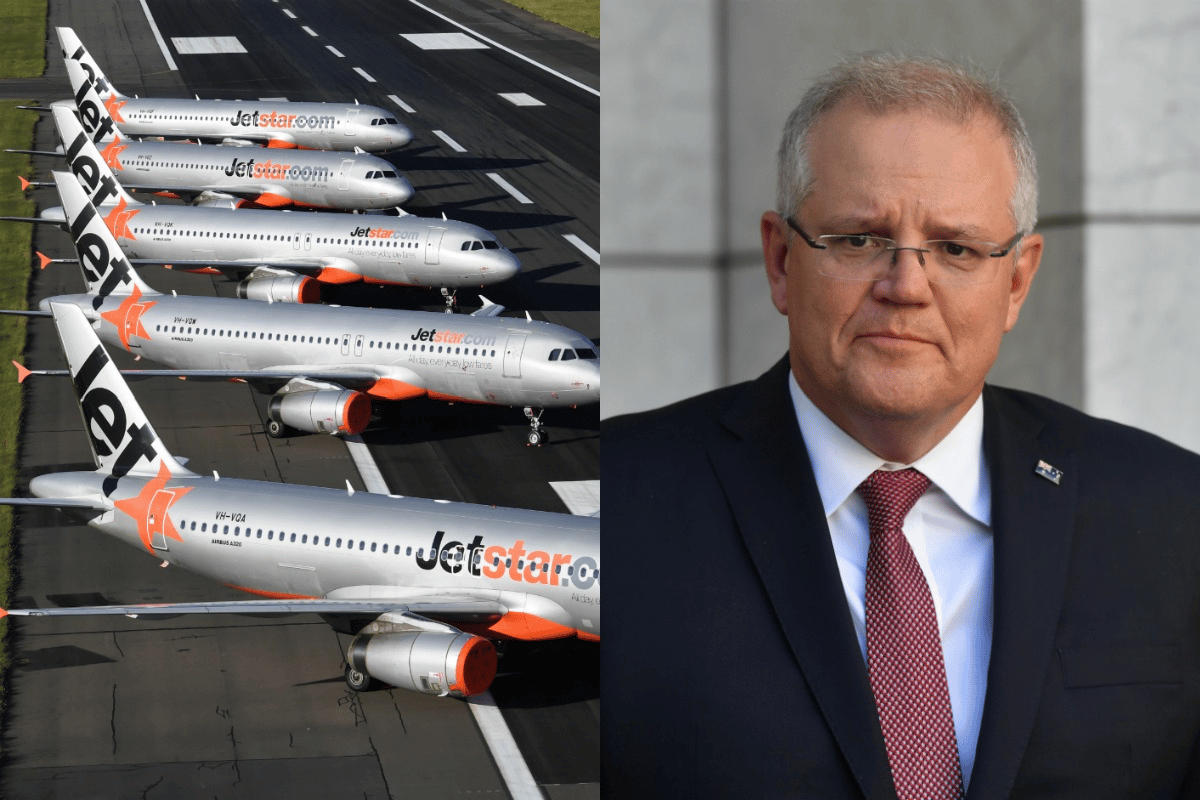 Two police officers have been shot and one killed in Auckland, New Zealand.

A member of the public was also hit by a vehicle after police performed a routine traffic stop around 10.30am in Massey, West Auckland.

Shots were fired at police, hitting two officers, and a member of the public was hit and injured by the offender's vehicle, police said.

Police Commissioner Andrew Coster said it was a "terrible day" for the organisation; "[It] is the worst news police and police families can receive."

The Police Commissioner said two men were in the car.

Prime Minister Jacinda Ardern said in a statement it was "devastating news".

"Our police officers work hard everyday to keep us and our communities safe.

"To lose a Police officer is to lose someone working for all of us, but also a family member, someone's loved one and friend. My condolences go to them and to their Police whanau," she said.

A large police presence is searching for the offender, who remains at large and is believed to have changed vehicles following the attack. Local schools are in lock down.

It is the first police death in New Zealand since 2009.

Prime Minister Scott Morrison says Australian private and public sector organisations are being targeted in a sophisticated cyber attack by a foreign entity.

"We know it is a sophisticated, state-based cyber actor because of the scale and nature of the targeting and the trade craft used," Morrison said at a Friday morning press conference.

"The Australian government is aware of and alert to the threat of cyber attacks."

He would not say which country was behind the attacks.

Asked if it was China, Mr Morrison said: "The Australian government is not making any public attribution about these matters.

"We are very confident that this is the actions of a state-based actor.

"We have not gone any further than that. I can't control what speculation others might engage in."

Morrison said these were not new risks but were specific, targeted activities, and he wanted to advise Australians and organisations, so they can take action to protect themselves.

He said the investigations conducted so far have not revealed any large-scale personal data breaches.

Australia's security agencies are working closely with allies and partners to manage it.

More than 800,000 Australians have lost jobs since March.

Australia's unemployment rose to 7.1 per cent in May as another 227,000 people lost their jobs, bringing the total of people who have lost jobs since shutdowns were announced in March to 835,000.

The latest jobless figures are the worst since October 2001.

Women and young Australians are the hardest hit by job losses: 52 per cent of jobs lost in May were held by women, and 45 per cent were held by young people.

Prime Minister Scott Morrison described the figures as heartbreaking and warned there would likely be more people joining unemployment queues in the months ahead.

Morrison and Treasurer Josh Frydenberg rejected questions from Labor in parliament about how many more jobs would be lost once JobKeeper ends.

"The member's question is presumptuous because he makes assumptions about government policy on decisions that have not been made," the prime minister told parliament.

Earlier, he didn't rule out an increase to the dole's $40-a-day base rate, which the government is reportedly tossing up.

Restrictions will be eased in Victoria on Monday despite a new spike in COVID-19 cases. #9Today pic.twitter.com/cqUKKQo5nh

Plans to ease coronavirus restrictions in Victoria will go ahead despite concern from the state's top health advisers.

"Monday is not that far away. The plan is to continue to ease those restrictions on Monday, but a lot can happen in five days," Dr van Diemen told reporters on Thursday.

"We don't want to take any chances and if it does continue to climb, we will be taking all of that into account when we decide whether or not to ease further on Monday."

But Health Minister Jenny Mikakos insisted increasing numbers would only impact future easing of restrictions, and not those planned for Monday.

Gyms, cinemas, indoor sports centres and concert venues will reopen on Monday, while cafés, restaurants and pubs will increase capacity from 20 people to 50.

Qantas and Jetstar have launched a major sale on flights to kick-start post-lock down travel around Australia, as states begin to open their borders domestically.

Jetstar has released 10,000 one-way fares for $19, across 22 routes including Melbourne to Sydney, Sydney to Gold Coast, Melbourne to Byron Bay, Brisbane to Whitsunday Coast and Adelaide to Cairns.

As border restrictions ease, more fares will be released to service Tasmania and Western Australia.

Both airlines will offer increased flexibility for customers, with the ability to change the date of their flights once without a fee.

Maths, psychology and nurses degrees will have their yearly cost slashed in a massive shake-up, designed to steer young Australians into degrees that lead to jobs.

Universities are anticipating record numbers of applications for study in 2021, as the reality of the coronavirus-driven recession bites young people worst of all.

Youth unemployment has soared to 16.1 per cent, with young people's jobs making up 45 per cent of those lost in May.

Education Minister Dan Tehan will outline the coalition's latest plan for rejigging university funding in a speech to the National Press Club on Friday.

The trade-off in the new deal is changing what students and taxpayers pay.

Conversely, the government would pay more and charge students less for courses it says are more likely to lead to jobs.

No existing student will pay more.

The National Union of Students condemned the government's plan, saying universities were not "job factories".

The United States Supreme Court has rejected US President Donald Trump's effort to end legal protections for 650,000 young immigrants who entered the US illegally as children.

In the 5-4 outcome, justices rejected administration arguments that the 8-year-old Deferred Action for Childhood Arrivals Program is illegal and that courts have no role to play in reviewing the decision to end it.

The program covers people who have been in the United States since they were children and are in the country illegally, mostly young Hispanic adults born in Latin American countries referred to as "dreamers".

In some cases, they have no memory of any home other than the US.

It is the second time this week the Court has ruled against Trump in a major case, following Monday's decision which found gay and transgender workers were protected under federal employment law.

Trump didn't hold back in his assessment of the court's work, expressing his anger on Twitter.

...Religious Liberty, among many other things, are OVER and GONE!

Do you get the impression that the Supreme Court doesn’t like me?

We are deeply saddened by the passing of Dame Vera Lynn at the age of 103. We thank Dame Vera for her invaluable contribution to the world, and for the joy and warmth she has spread to so many through her music and charitable causes. Keep smiling and keep singing. pic.twitter.com/BQMFvRy91P

Lynn's family confirmed the singer died on Thursday morning, surrounded by relatives, according to the BBC.

"The family are deeply saddened to announce the passing of one of Britain's best-loved entertainers," reads a statement.

Lynn, who was known as the Forces' Sweetheart during World War II, released We'll Meet Again at the outbreak of war in 1939. In 1941, she recorded what has become another iconic wartime song, The White Cliffs of Dover.

Women in senior leadership is good for business.

Having women on company boards and in senior leadership positions increases a company's performance, a new report says.

The report by the Workplace Gender Equality Agency and the Bankwest Curtin Economics Centre (BCEC) released on Friday, says women in corporate leadership adds value over a host of financial indicators.

The report relies upon data that companies have to file under the 2012 Workplace Gender Equality Act.

Only one in 11 ASX200 companies have a female CEO, and only 14.1 per cent of board chair positions were filled by women, the report says.

- Diplomatic trips are back in Europe, where French President Emmanuel Macron and British Prime Minister Boris Johnson were unable to shake hands or stand shoulder to shoulder while posing for photos together outside Number 10 Downing Street. The leaders had to improvise, with Macron putting his palms together and bowing.

- New Zealand now has three cases of COVID-19, after a man tested positive in hotel quarantine after arriving in the country on June 11. Earlier this month the Kiwis announced they were COVID-free, having had no cases in more than two weeks.

- A 13-day-old baby has died from coronavirus, thought to be the youngest person to die from the virus in the UK.