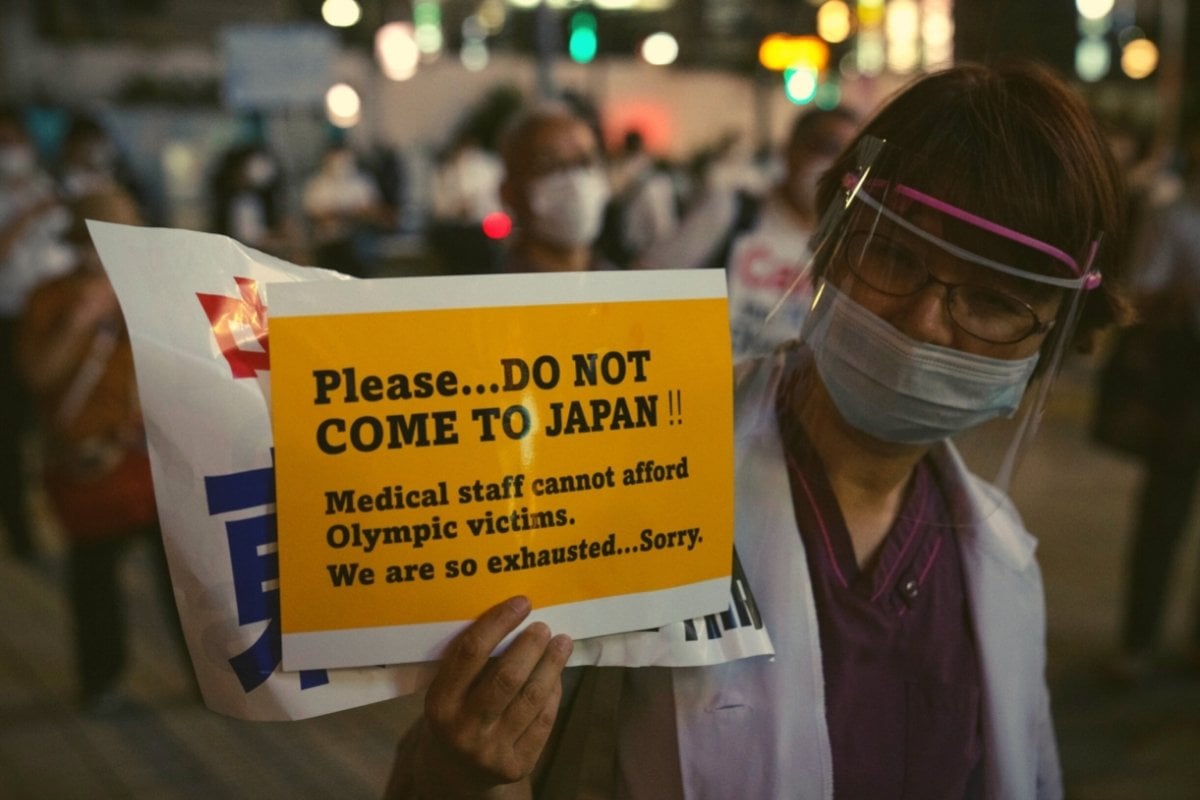 Thursday was another headline-worthy day at the Tokyo Olympic Games.

American Sunisa Lee won gold in the women's all-round gymnastics after the favourite, Simone Biles, made her much-talked-about exit. Brisbane's Izaac Stubblety-Cook won the 200m breaststroke in Olympic Record time, and Jess Fox paddled her way to gold in the women's canoe.

But outside the stadiums, and beyond the fences surrounding the Olympic village, Thursday was also the day that the host nation witnessed a far more sombre event.

More than a third of the diagnoses were recorded in the capital, which entered a state of emergency shortly before the Games began.

Listen: What it takes to get to the Olympics and Paralympics in the middle of a pandemic. Post continues below.

On Friday, Japan's Prime Minister Yoshihide Suga extended emergency measures in Tokyo until the end of August and expanded them to a further four prefectures: Saitama, Kanagawa and Chiba, which are near Tokyo, and in Osaka to the west. He warned that the nation's health system could collapse if cases continued to climb at their current rate.

In the last month alone, the number of people requiring hospitalisation in Tokyo alone has doubled, according to the city's health authorities.

And as of Friday, the capital's hospitals were at just over half their capacity of 6,000 beds, with some already full. Meanwhile, more than 6,100 patients were waiting at home while health centres decide where they will be treated.

Doctors at Tokyo Hikifune Hospital told local media this week that they had no free beds and were short on staff, having sent eight employees to Olympic venues.

A nurse at Asoka Hospital told the ABC it the situation has been extremely painful.

"More people are severely ill. The patients are struggling," he said.

"The nurses must wear protective gear in this hot summer and they're having a hard time in this stressful environment." 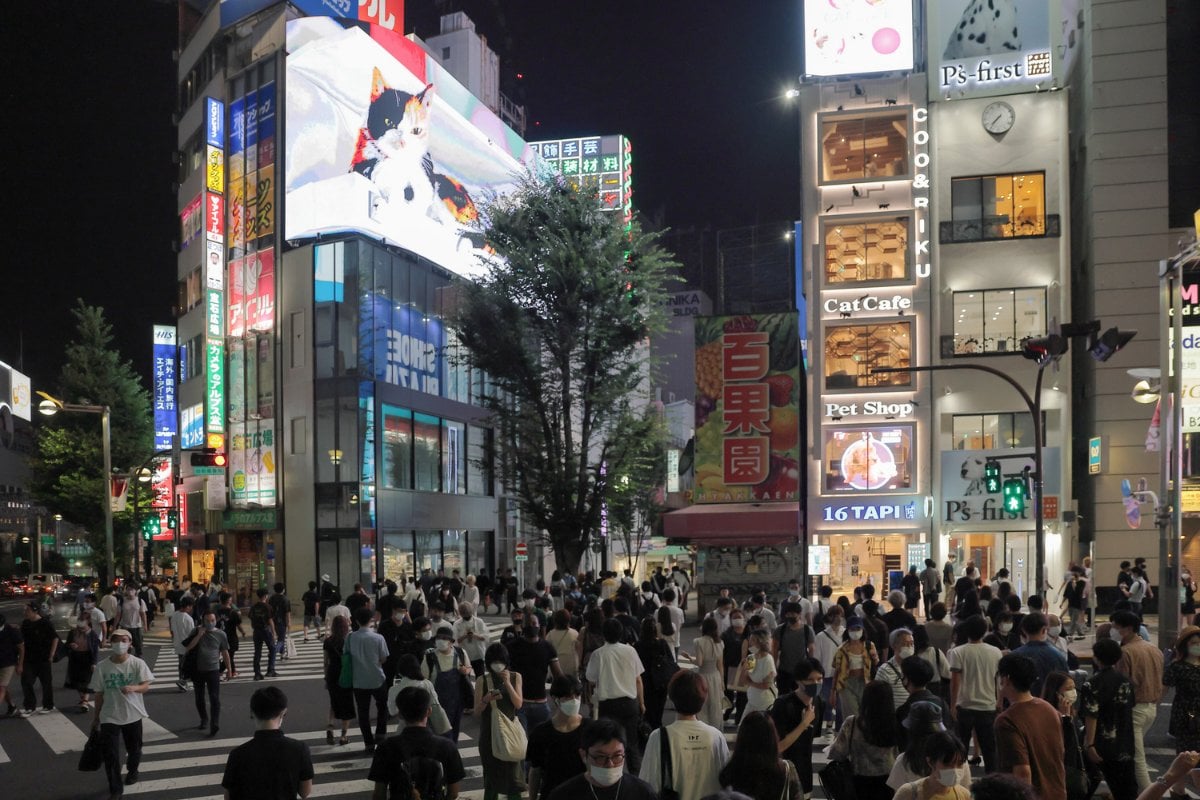 Japanese authorities have been eager to separate the surge from the Olympic Games, which kicked off on July 23. The day prior, Tokyo alone recorded 1,979 new cases.

Despite earlier polls showing that more than 80 per cent of the Japanese public were opposed to the Games, they were permitted to proceed.

According to the Tokyo Olympic organising committee, only 220 cases have been recorded among those involved since July 1. That's from among roughly 15,000 athletes and 70,000 officials and media members.

All have been subjected to tight restrictions including the banning of spectators, compulsory daily testing and limitations on movement for athletes and their teams.

The athlete's village also boasts a vaccination rate of roughly 80 per cent.

In the wider population, the situation is remarkably different.

Roughly 33 per cent of the population is fully vaccinated against COVID-19. And unlike many other nations, Japan's restrictions are mostly voluntary. Local media has been reporting that many bars and restaurants in Tokyo are refusing to adhere to alcohol service bans and early closing times.

The country's Health Minister Norihisa Tamura said the country is now staring down a new, "extremely frightening" phase of its fight against the virus.

"I think that people cannot see ahead," he said, according to Reuters, "And, worrying how long this situation will last, they find it unbearable that they cannot return to normal daily life."

In the meantime, the show goes on.